Just back from a successful down-and-back run to Cape May for the adult WHISKERED TERN found there yesterday. Greg Hanisek, Phil Rusch, and Nick Block joined me for the chase. Weather was dreary but we made sure to arrive at 7am which allowed us to avoid the rain. Photography was difficult given the weather, but I got some stuff worth posting anyway. We enjoyed prolonged killer scope views while the bird was roosting on the beach and repeatedly watched it forage over the Bunker Pond, sometimes in company with a Black Tern. It spent the entire morning commuting back and forth between the beach and pond. We left Cape May very tired but happy! 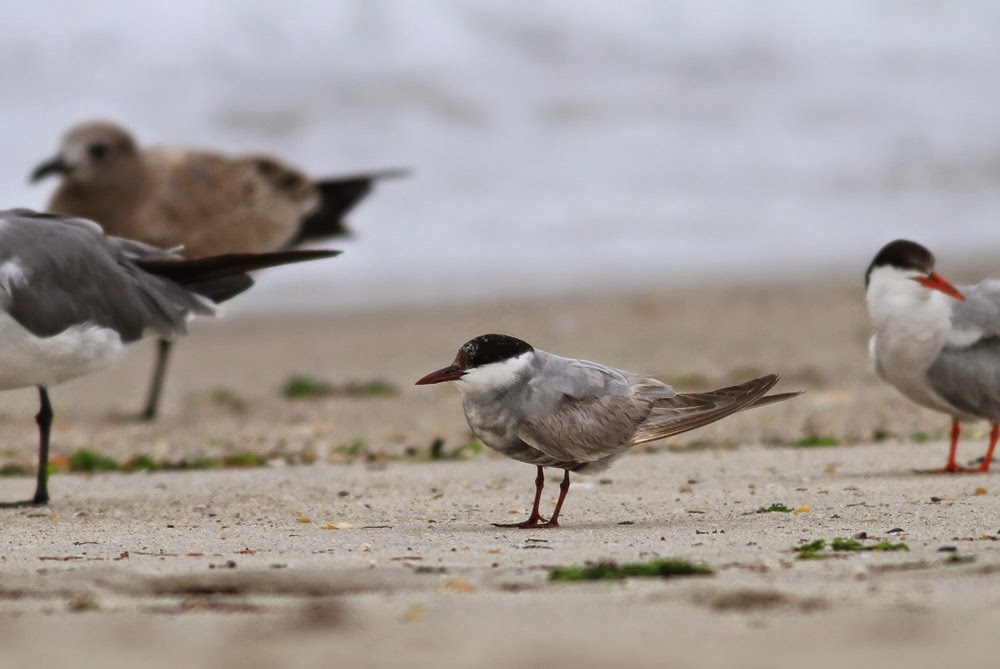 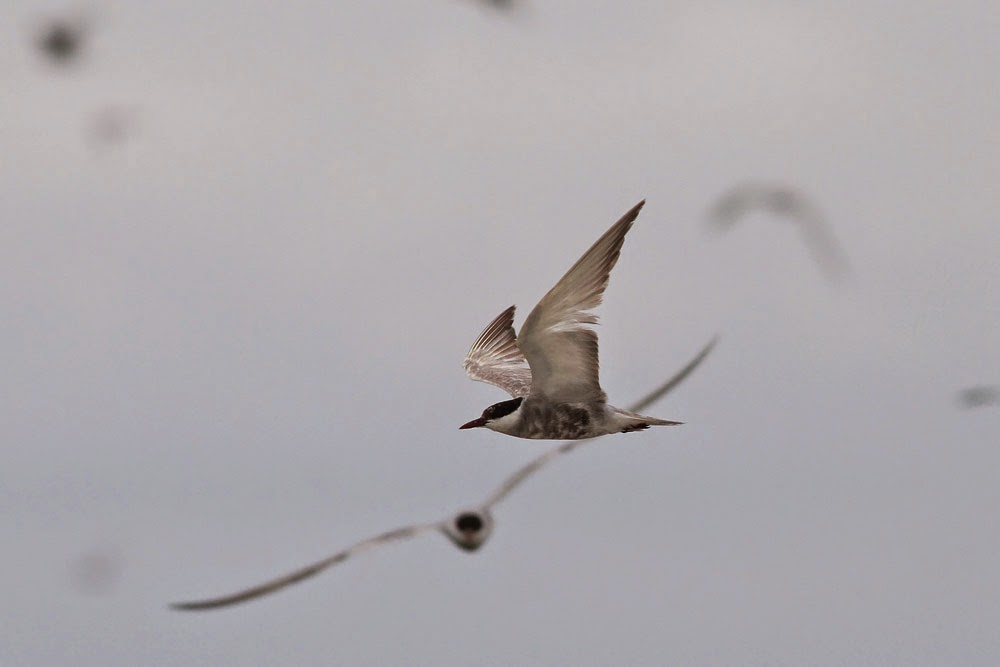 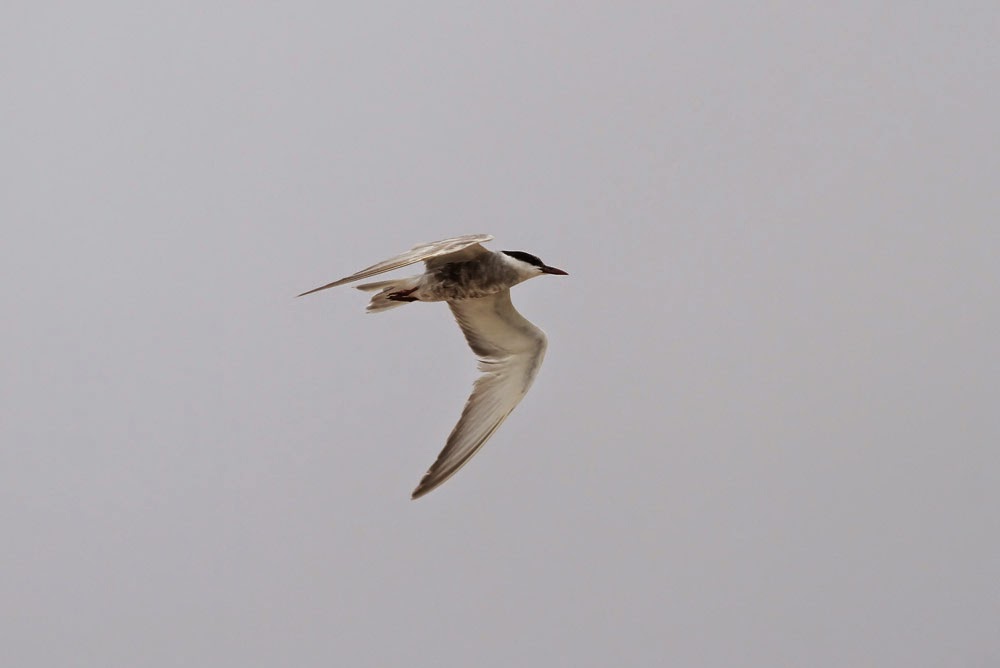 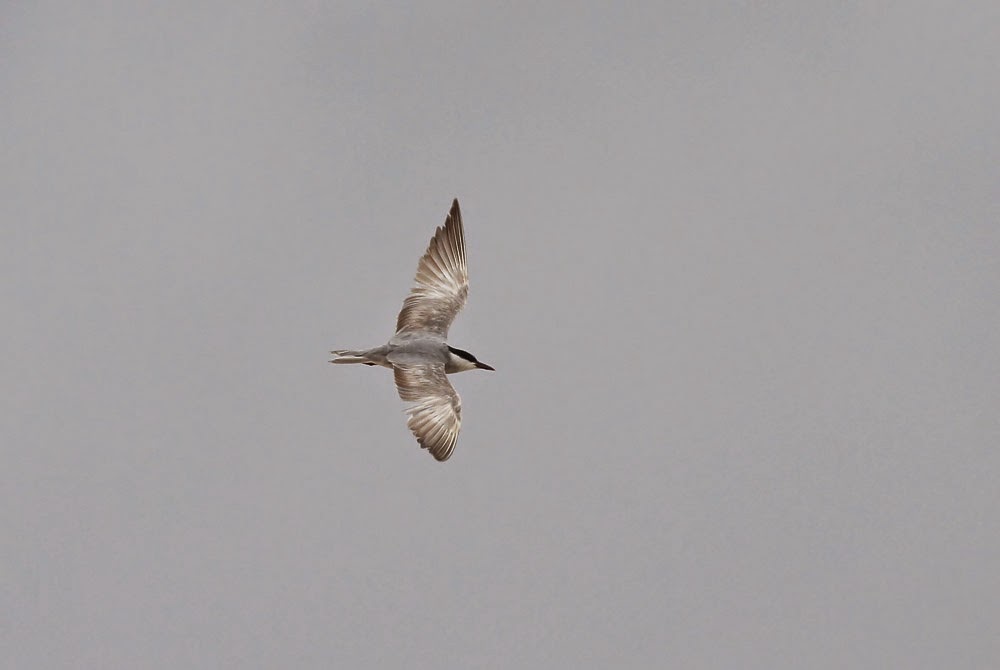 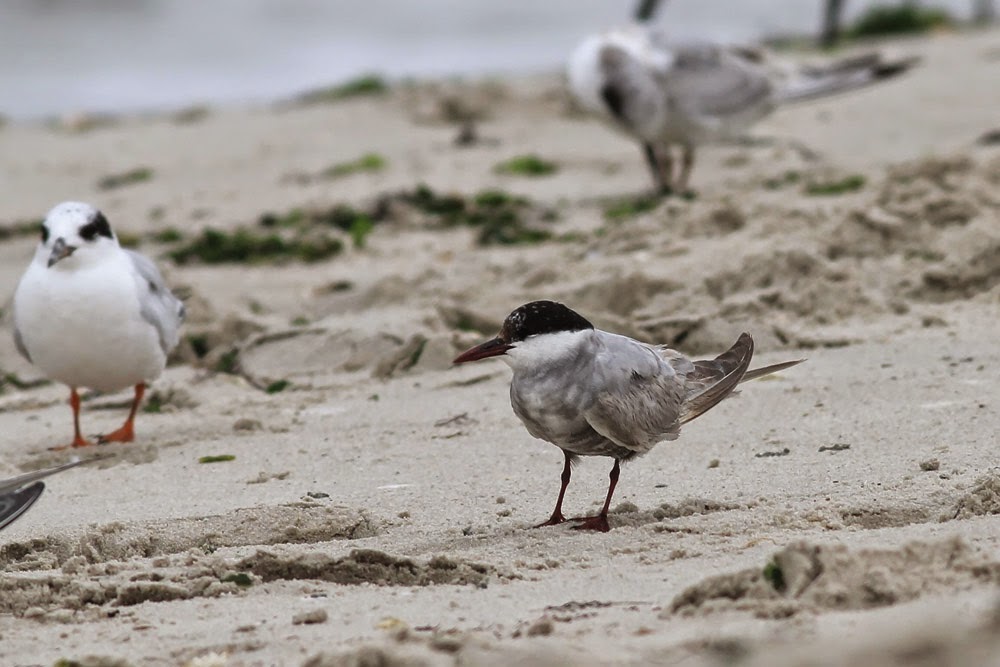 Sandy Point in West Haven, CT is one of Connecticut's top shorebirding hotspots. Hey, stop your snickering! We do too get shorebirds here, I swear...

Jutting into the middle of New Haven Harbor from the west, Sandy Point is a small piece of sand and marsh that has a rather nice track record of rarities over the years. You'll never find loads of shorebirds here, but the quality can be surprising. Many of the point's best birds do not linger for very long, as one might expect for such a small parcel of land. Sandy Point has a reputation for being a great "drop-in" place for birds downed by weather or looking for a quick feed. The species composition here can vary greatly not only from day-to-day, but from tide-to-tide. Occasionally a goodie will hang around for a while, like the Snowy Plover found by Julian Hough that stuck for weeks in 2004!


Last week Michelle Meyer and I took an evening walk out the point. A front had passed the night before with a healthy amount of rain in tow...excellent conditions for grounding shorebirds at a place like this. Sure enough at the tip of the point were two WILSON'S PHALAROPES and a BUFF-BREASTED SANDPIPER. A quick phone call to Gina Nichol and Steve Bird had them wading waist-deep across the channel that separates the two sandspits. The four of us enjoyed fine views in falling light. In the few days since then, many birders have visited Sandy Point to check out these locally scarce species, which surprisingly lingered for several days. 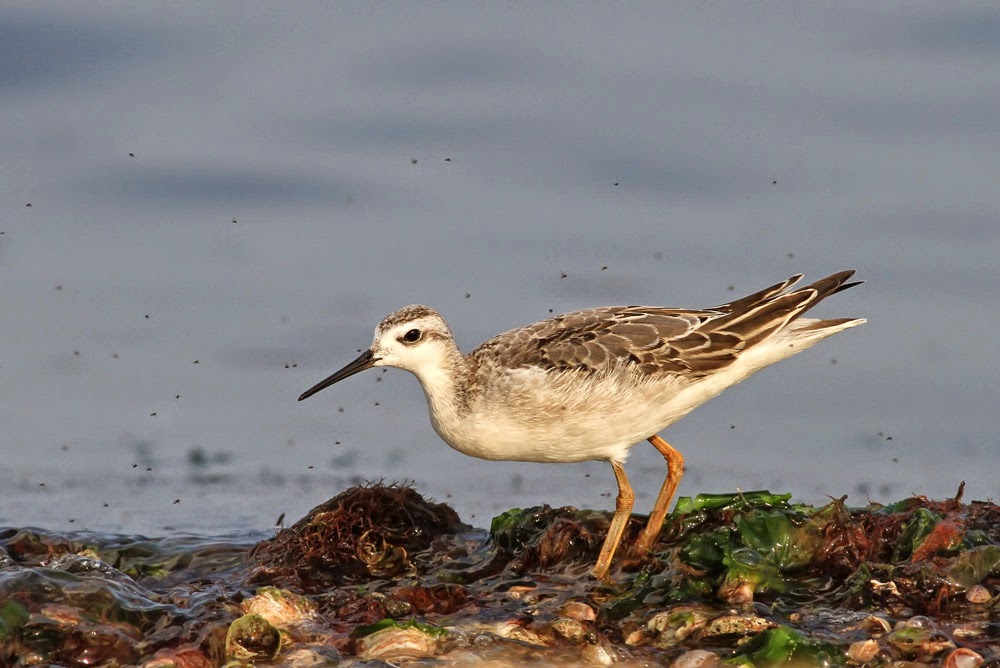 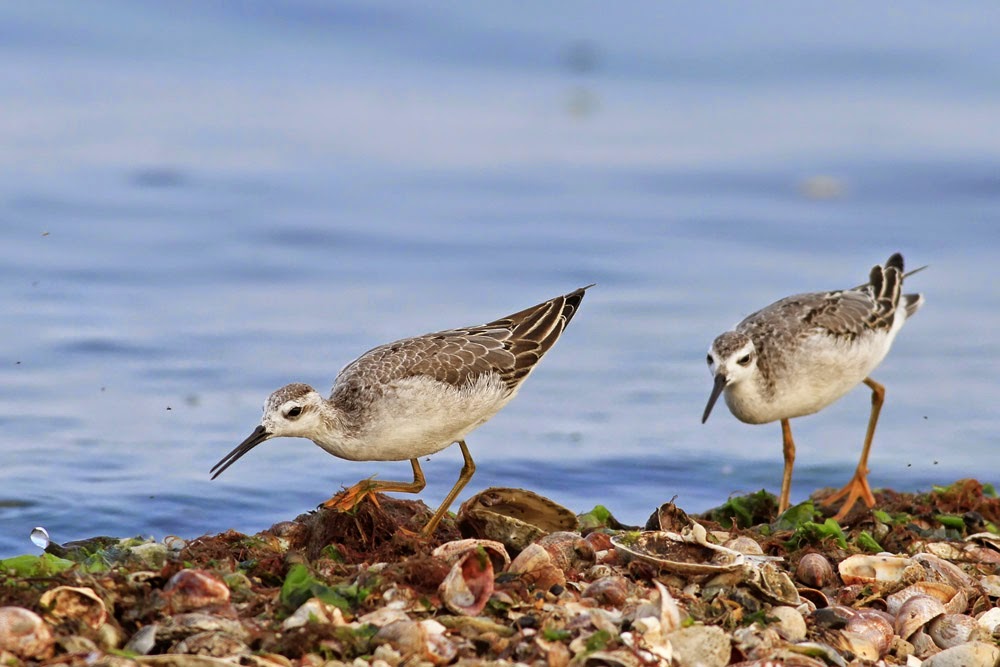 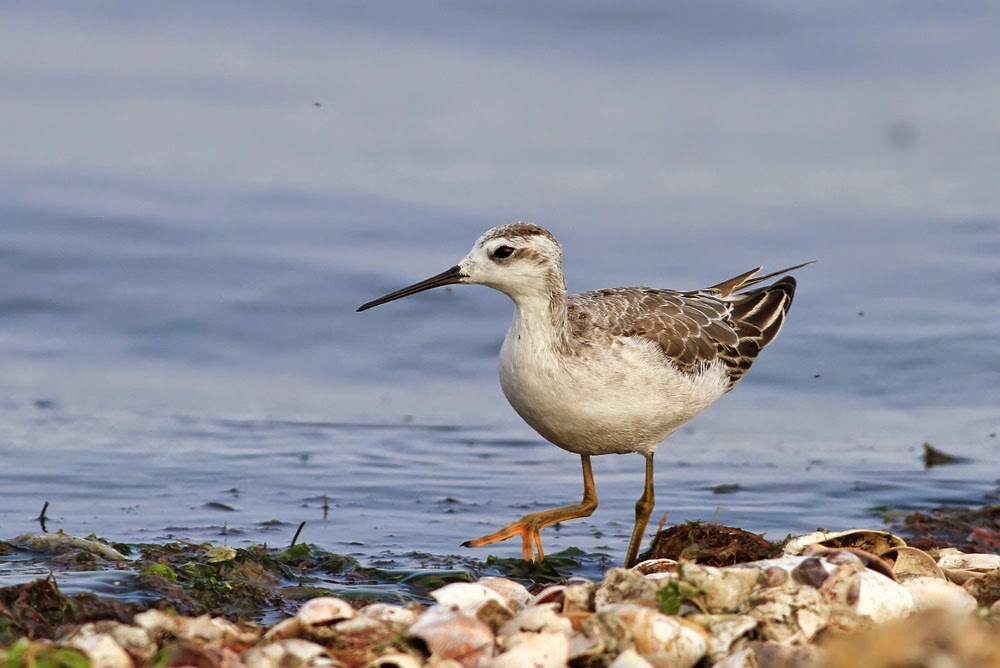 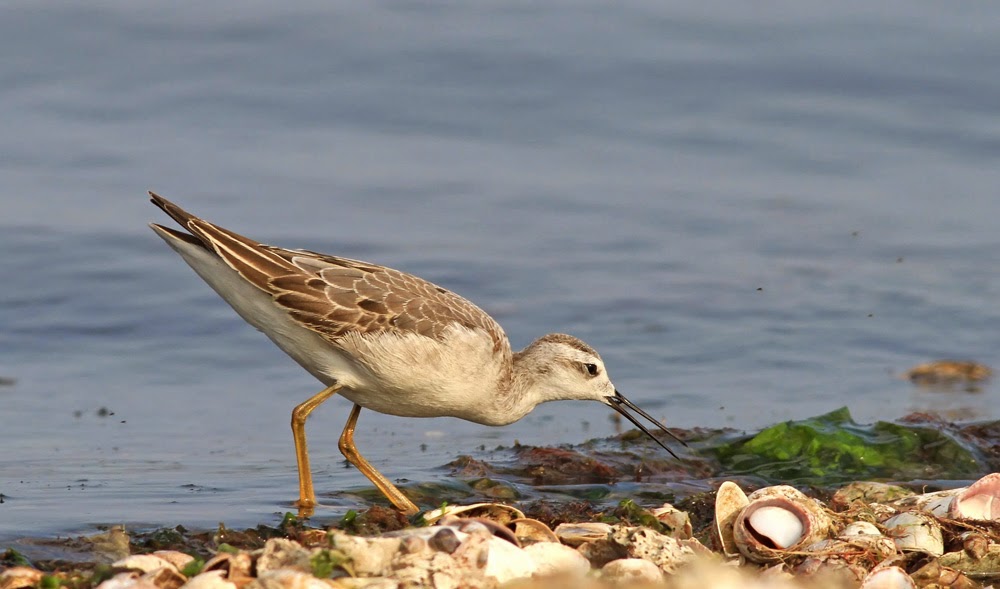 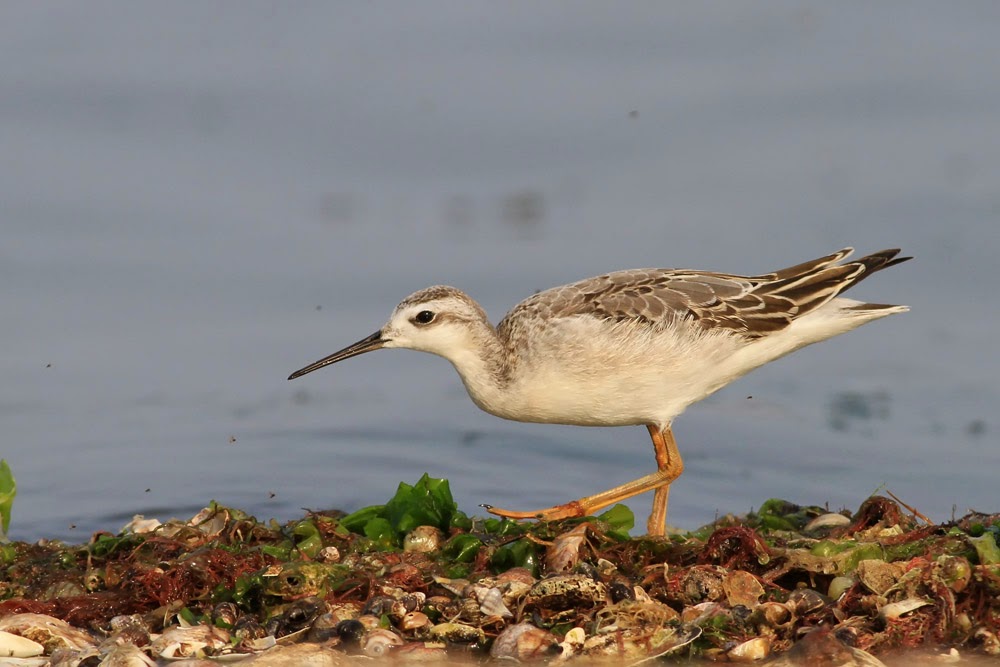 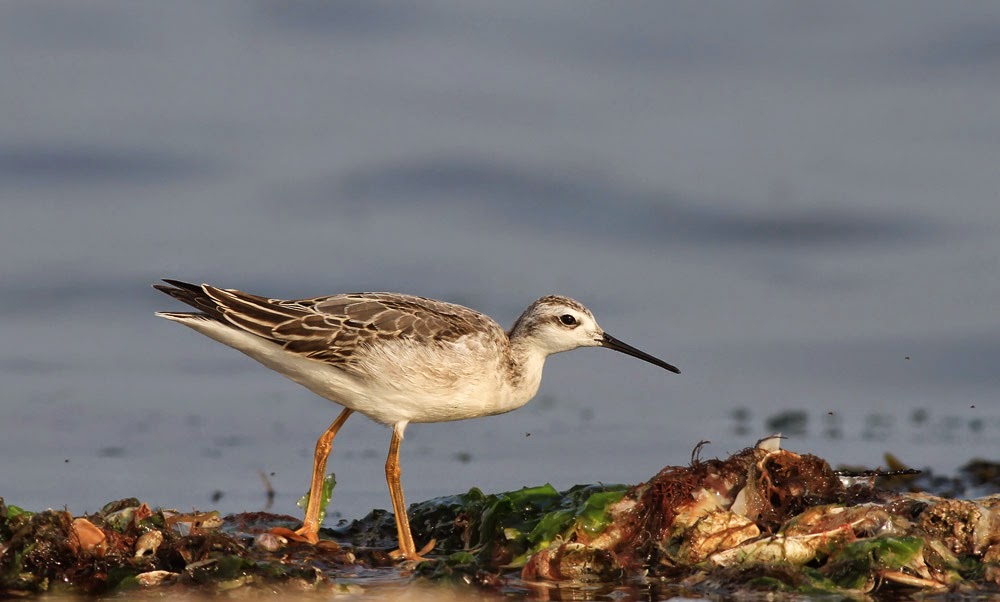 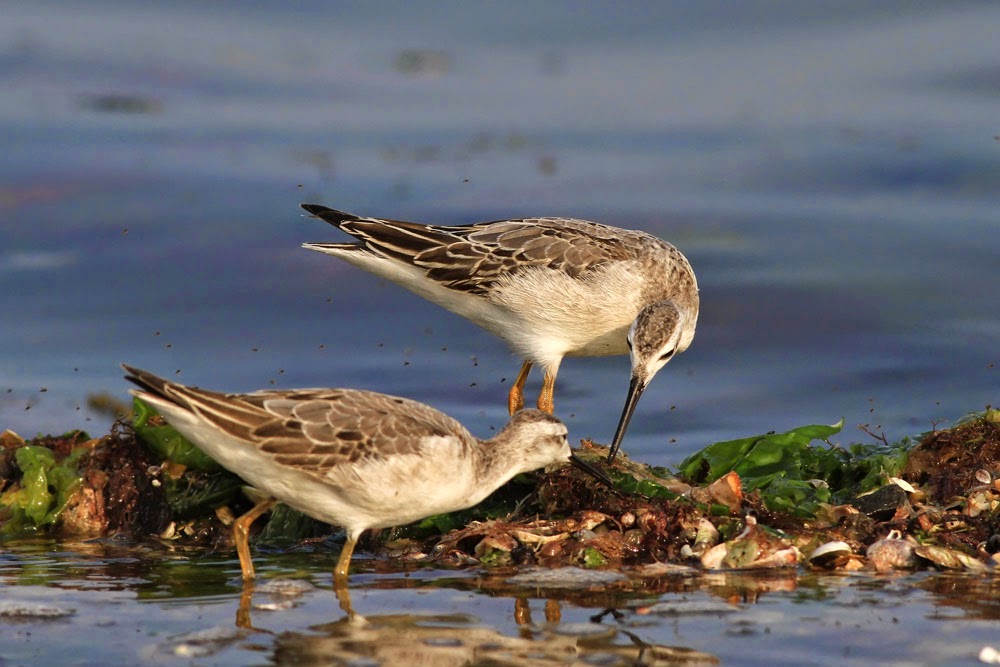 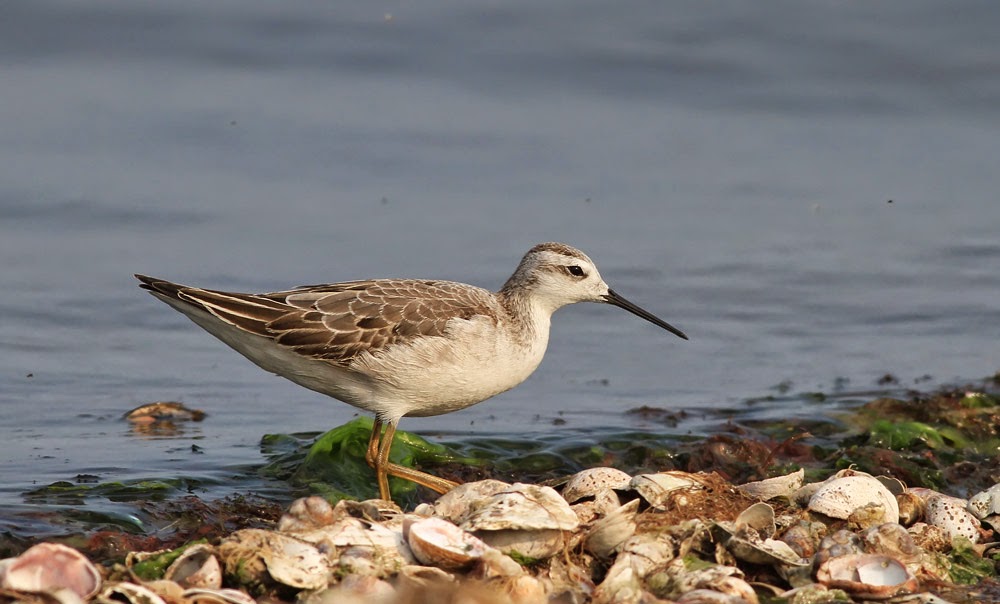 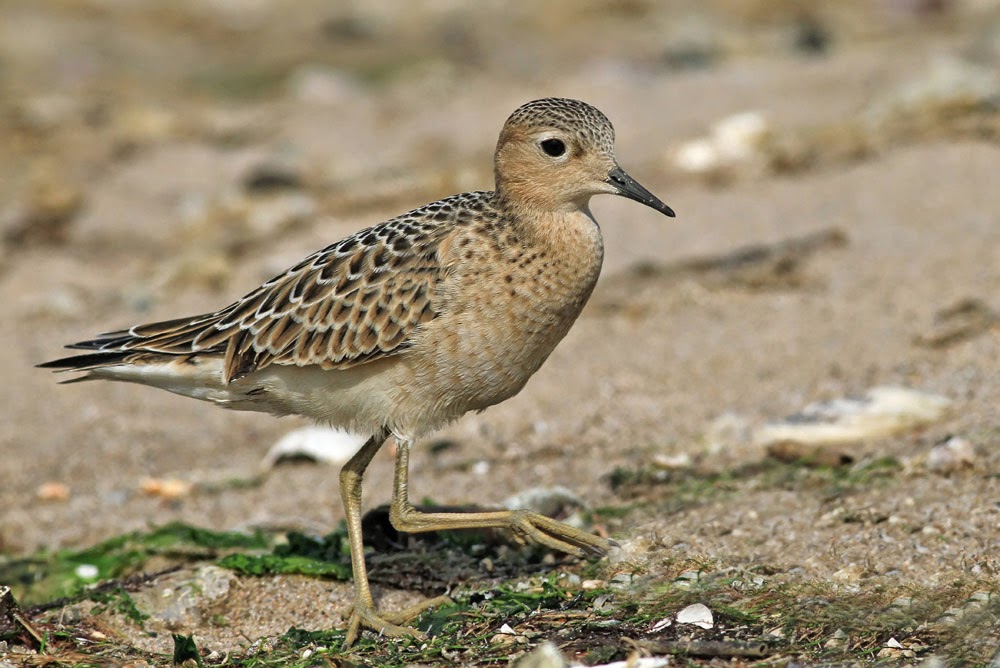 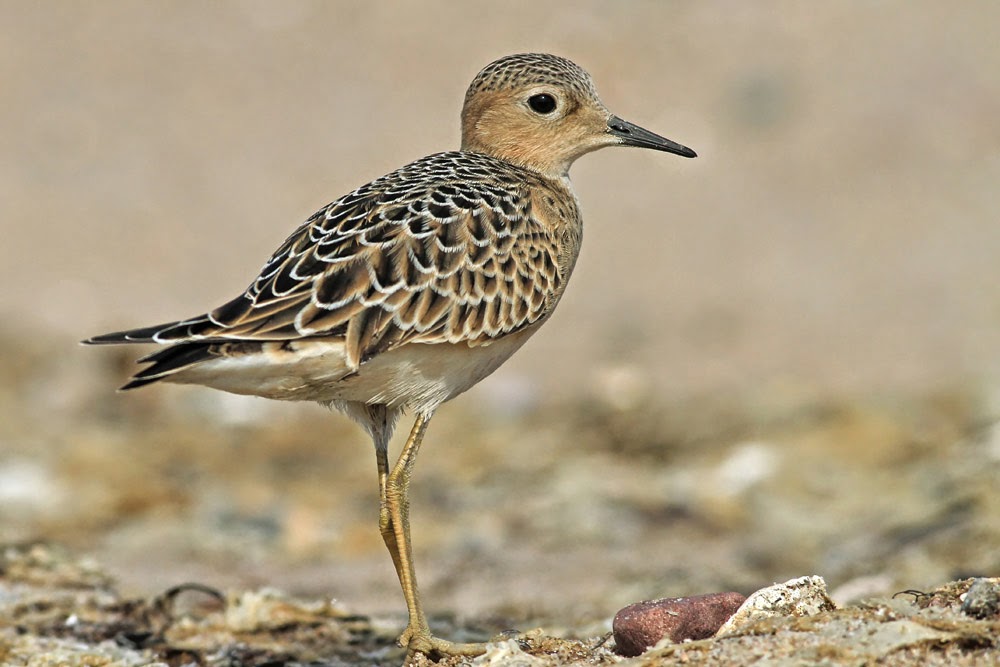 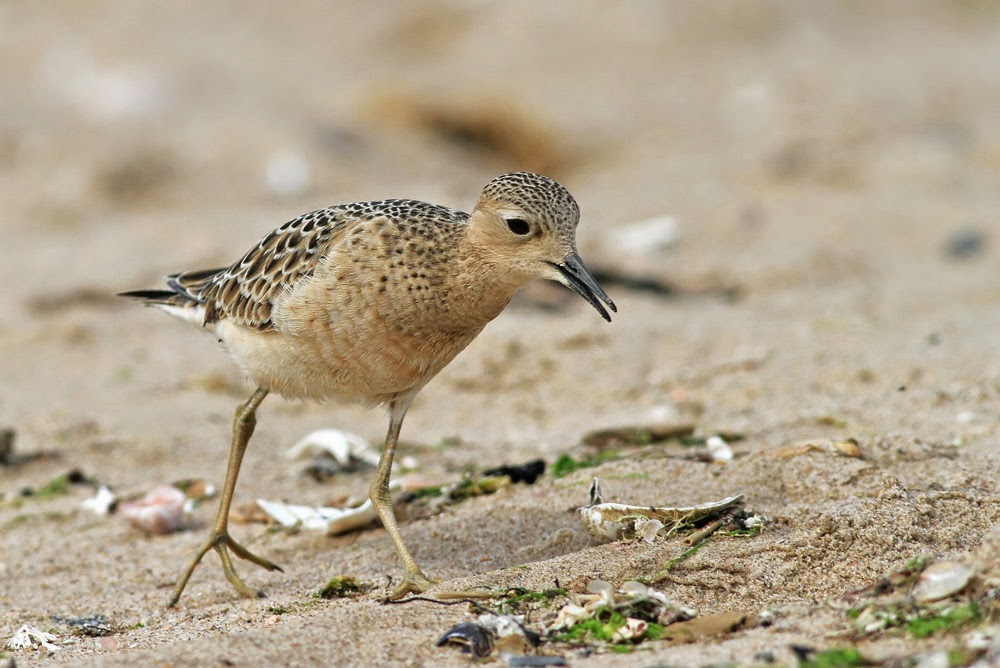 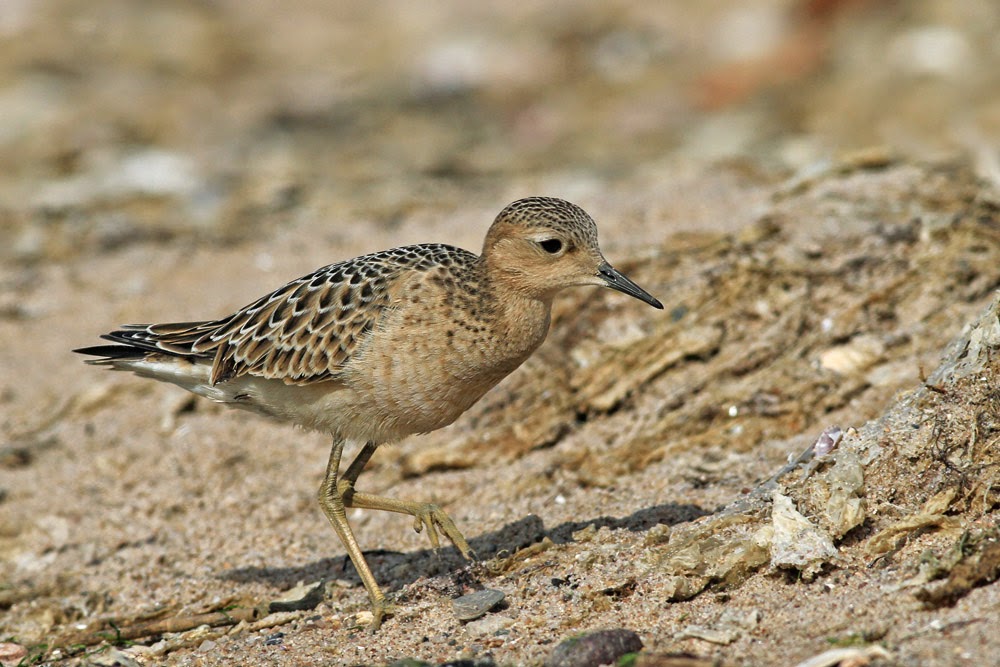 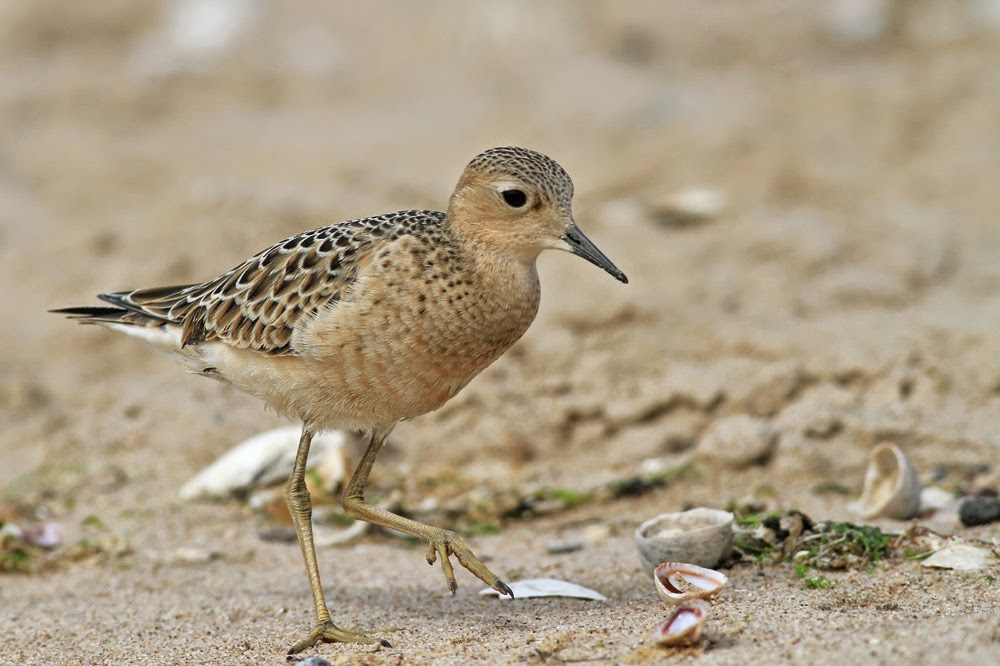 Other goodies have been turned up as well. An AMERICAN AVOCET spent two days, a second BUFF-BREASTED dropped in, and Mark Aronson had three HUDSONIAN GODWITS fly over but refuse to land. Also scattered were more regular species such as AMERICAN GOLDEN-PLOVER, RED KNOT, and PECTORAL SANDPIPER. 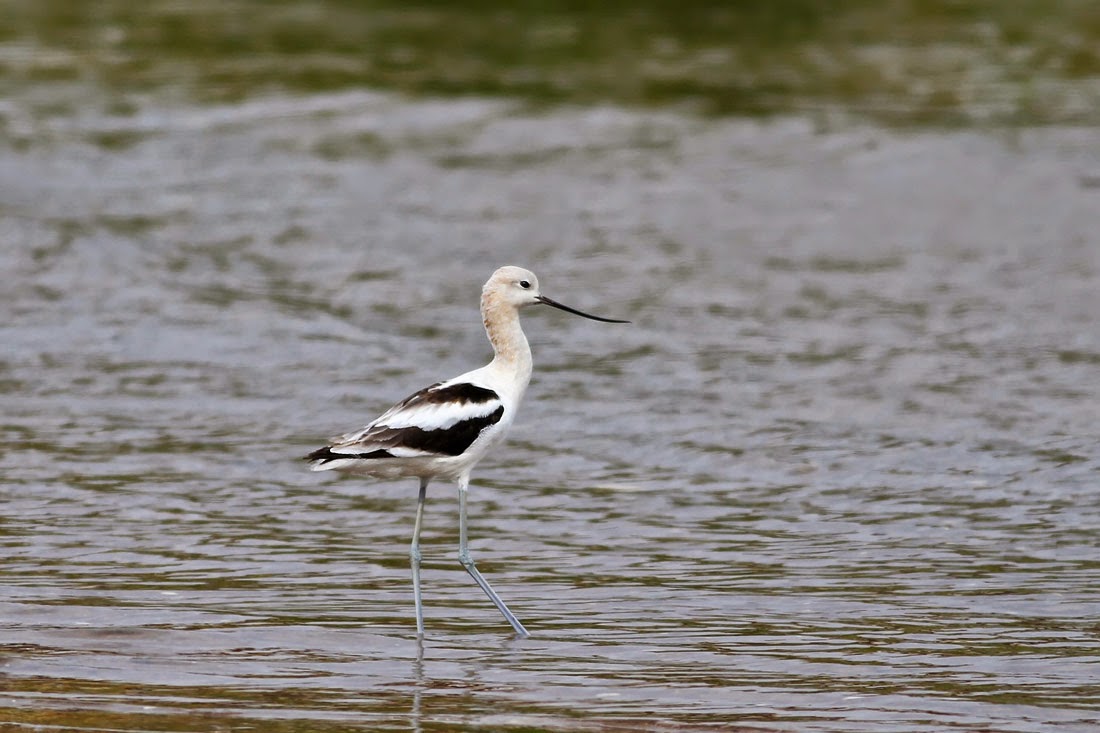 Taking a back seat to the shorebird diversity has been a spectacular concentration of Common Terns and Laughing Gulls in the harbor, which peaked at a combined 10,000+ birds over the weekend. I personally do not recall ever seeing a concentration quite so dense in CT before. Among the terns and gulls have been many FORSTER'S TERNS, a couple BLACK and ROSEATE TERNS, and a pair of CASPIAN TERNS that spent the better part of one day there. Alas, no jaegers nor Sabine's Gull...