In the winter immediately following a major irruption of Snowy Owls south of their normal wintering range, a smaller "echo flight" sometimes occurs, presumably reflecting a continuing combination of an above average owl population and/or food shortage relative to the number of owls around.
In just the past few days there have been a couple early reports of Snowy Owls to our north (Maine and Vermont, and today as close as Massachusetts). This may be the beginning of such an "echo flight" for the coming fall/winter.
Last year the owls did not reach us until mid-late November (and then they came fast and furious), but in some years the first birds in CT are even earlier. There are a few very late Oct records for CT. We had one migrating through Lighthouse Point on Nov 1, 2008.

This autumn migration has been a brutal one thus far for "classic" cold fronts in Connecticut, i.e. cold fronts that pack cold air in the form of NW wind. We've had some fronts bring cool weather, but very few have cleared with that classic NW wind. Instead we've had mostly NE or W wind. As a result this has been a down year for the Lighthouse Point (New Haven, CT) hawk watch and a dreadful year for the Bluff Point (Groton, CT) morning flight "hot corner."

Last week I was watching the weather for Sunday, as it was looking good for a hawk flight. Moderate-to-strong NW winds were forecast. A bit to my surprise (used to being disappointed this fall!) the forecast held true. We had a classic day for a coastal hawk flight with gusty NW winds pushing birds right to the coast.

In all, 1159 raptors of 13 species were tallied at the hawk watch, with the bonus of a fantastic flight of hundreds of Purple Finches and Pine Siskins. The bird of the day was a young GOLDEN EAGLE that passed over the park around 2:45pm. the first of the year for this location.

Posted by Nick Bonomo at 8:34 PM No comments:

On Sunday, October 12th, I joined the "Surf Scopers" for their annual Big Sit! at Milford Point in Milford, CT. Led by Frank Gallo, Patrick Dugan and Jim Dugan, this team has been doing this for years with great success. Their team record (which also happens to be the all-time CT state Big Sit record) coming into this year was 107 species, which was set in 2010.

The forecast was shaping up to be a promising one. In an autumn that has been devoid of classic cold fronts, the wind was forecast to be North overnight and into the morning, with an onshore shift predicted for the afternoon. This held true and led to a strong nocturnal and morning migration for us.

We met in the Milford Point parking lot at 4:30am so we could be stationed at the outer platform circle to listen for nocturnal migrants, owls, or rails. Things started off slowly while we were waiting for the birds (and coffee!) to kick in. It really picked up just before dawn in the form of descending thrushes. There were several Swainson's Thrushes plus a couple Gray-cheeks calling on their way down. A Common Raven croaking in the dark was a nice surprise. Our first Pine Siskins of the day were calling in the moonlit sky.


Once first light arrived the birding was fast and furious for the first few hours. We were ticking birds left and right, setting a record pace early. Thanks to the North winds we enjoyed a nice morning flight of passerines. Since we are positioned well out a barrier beach and far from forest, the morning flight at Milford Point tends to be light over the point itself. On this morning a strong flight was visible over the woods far to the north. Some larger birds such as robins and blackbirds were identifiable, but those birds were super distant. Still, we received some spillover along the point itself, at least enough to log most of the expected stuff. However the total lack of Purple Finches, which made a really strong push yesterday throughout the region, goes to show how stunted our flight was.


Waves of sparrows were moving down the point, dominated by Swamp, Song, and White-throats. Singles of White-crowned, Lincoln's and Towhee were nice additions. A steady stream of raptors were moving over the woods far to the north...on the same line as the passerines. It didn't take long to log all of the expected falcons, accipters, and eventually buteos. Both vultures and several Bald Eagles were tallied as well.


Geese were on the move too. At first light we had a flock of Brant fly in from the north, newly arrived from the tundra. Several flocks of Canadas passed overhead; one of these flocks contained an obvious Cackling Goose, which probably goes down as the rarest bird of the day.

As we hit the midday lull we were still on record pace. The hawk flight died as the wind lessened and eventually shifted to the east then southeast. We began to spread out from the circle, scouting the visible area for new species. I was particularly impressed by the numbers of Nelson's Sparrows...over 40 individuals from dull gray subvirgatus to brighter alterus/nelsoni were seen. I had the only Saltmarsh Sparrow of the day, but it was not seen from the circle so does not go on the official list.

Our morning was so successful that, as Jim predicted, the afternoon was like pulling teeth. We just didn't have many "easy" species to find at that point. They came in ones and twos with quite a bit of effort.

The record of 107 was broken in the early afternoon. By the time I departed at 5pm, the total was in the 110s. The final tally ended up at a pretty amazing 117 species. That number is going to be tough to break, but you know that they'll be out there again next year to try their best.

This eumelanin-challenged (erythristic, pending further research) Swamp Sparrow was photographed in Halifax, MA on September 29, 2014. A detailed note, along with photos of a very similar specimen from the Yale Peabody Museum, will appear in an upcoming issue of The Connecticut Warbler. Much thanks to Mark Szantyr, Julian Hough, Louis Bevier, and especially Jake Musser for their help in identifying this stunning bird both to species and apparent plumage abnormality. 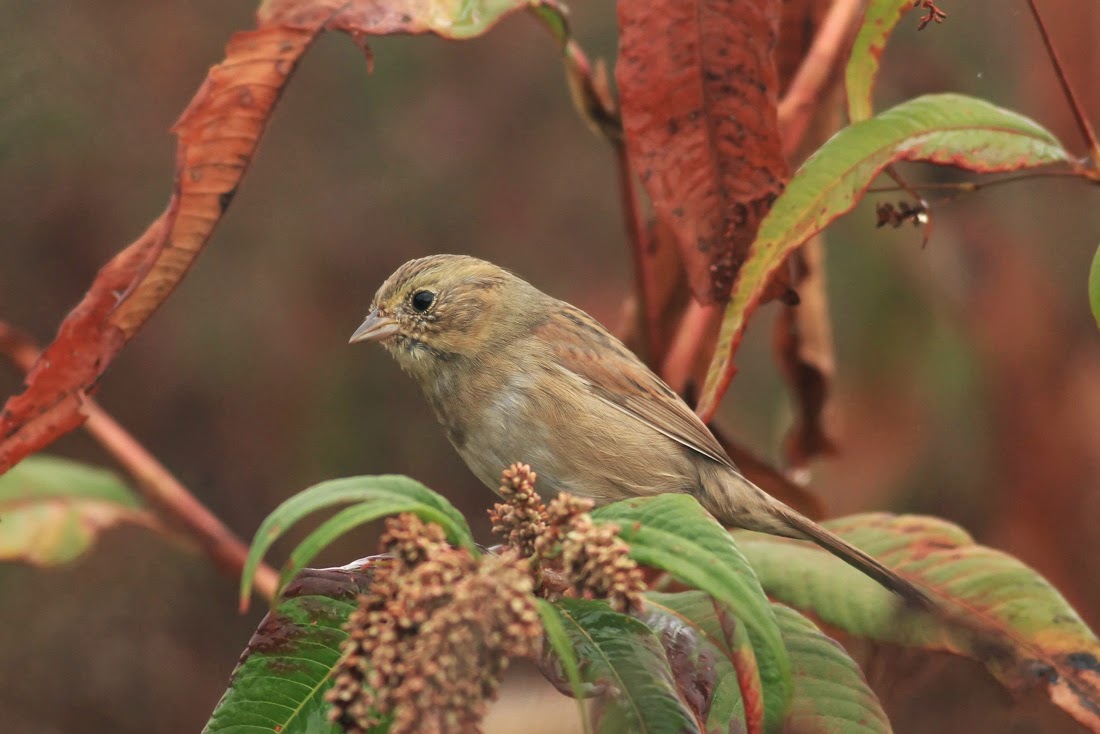 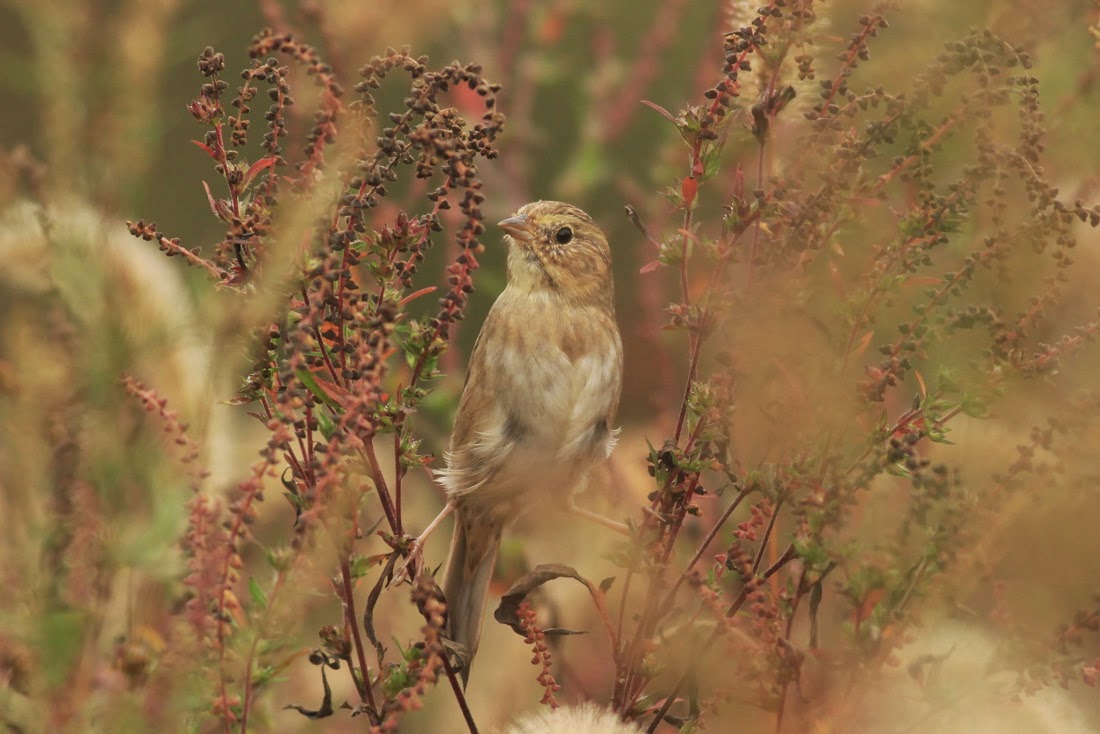 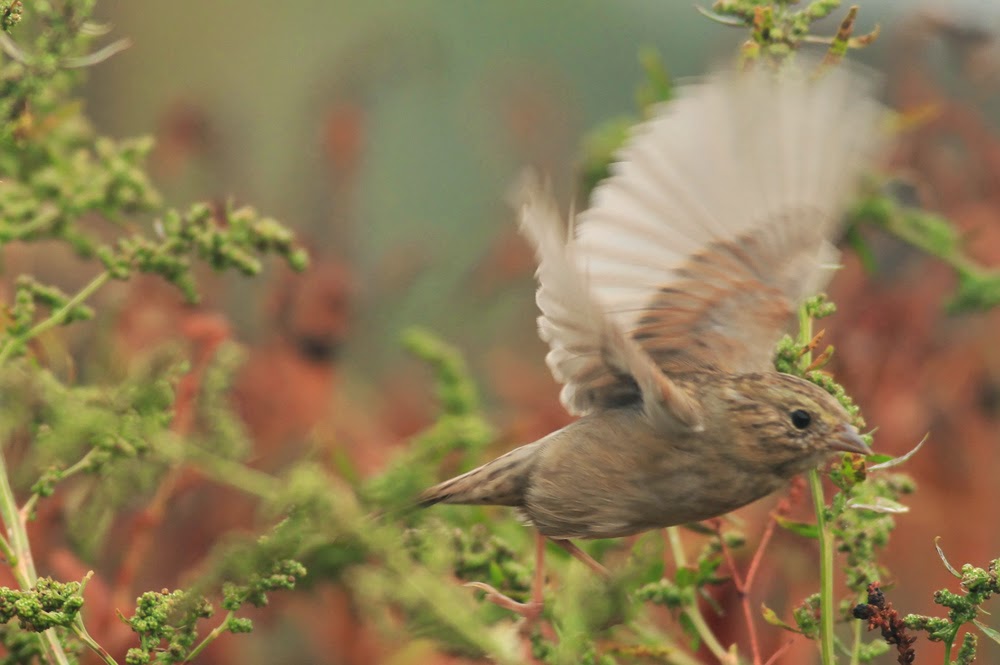 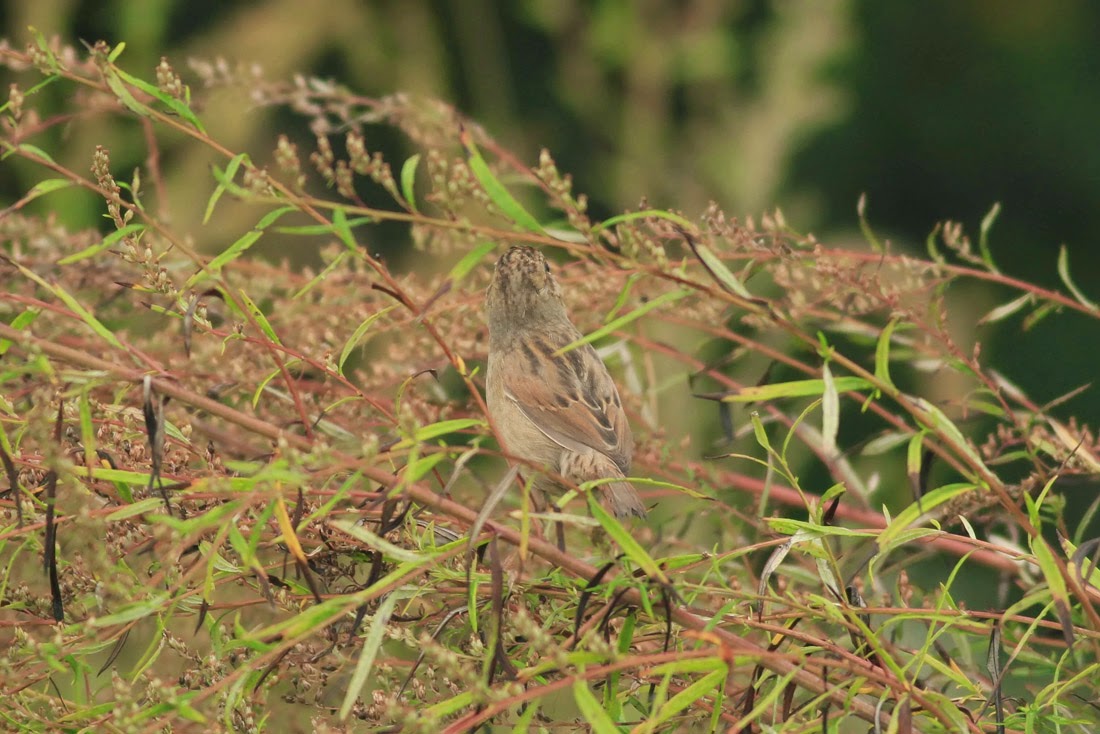 For now, at least, I am going to refrain from getting into much detail about this bird. I do plan to post a copy of the piece that Jake and I are putting together, whenever that is done, which would explain the identification, describe the abnormality, and show photos of the similar specimen for comparison. So, more later.

This morning, thanks to special access obtained by friend Larry Flynn, Greg Hanisek, Larry and I birded Sheffield Island in Norwalk, CT. The southwestern-most of the Norwalk Islands, I have wanted to bird here for quite some time, but access is limited. Sheffield is a small island, .6 mi x .2 mi at its widest points. Despite their small size, these islands seem to pack habitat that should be attractive to migrants. Still, without previously setting foot on land, it was difficult to be sure until today. 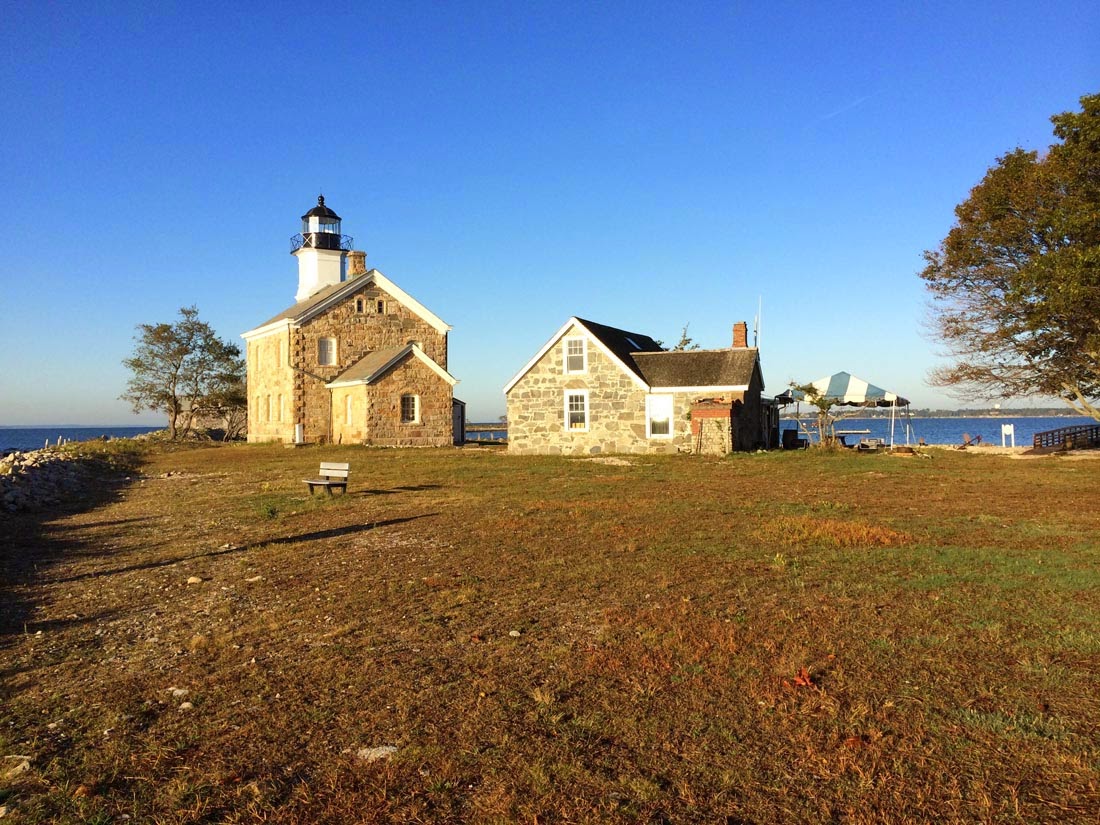 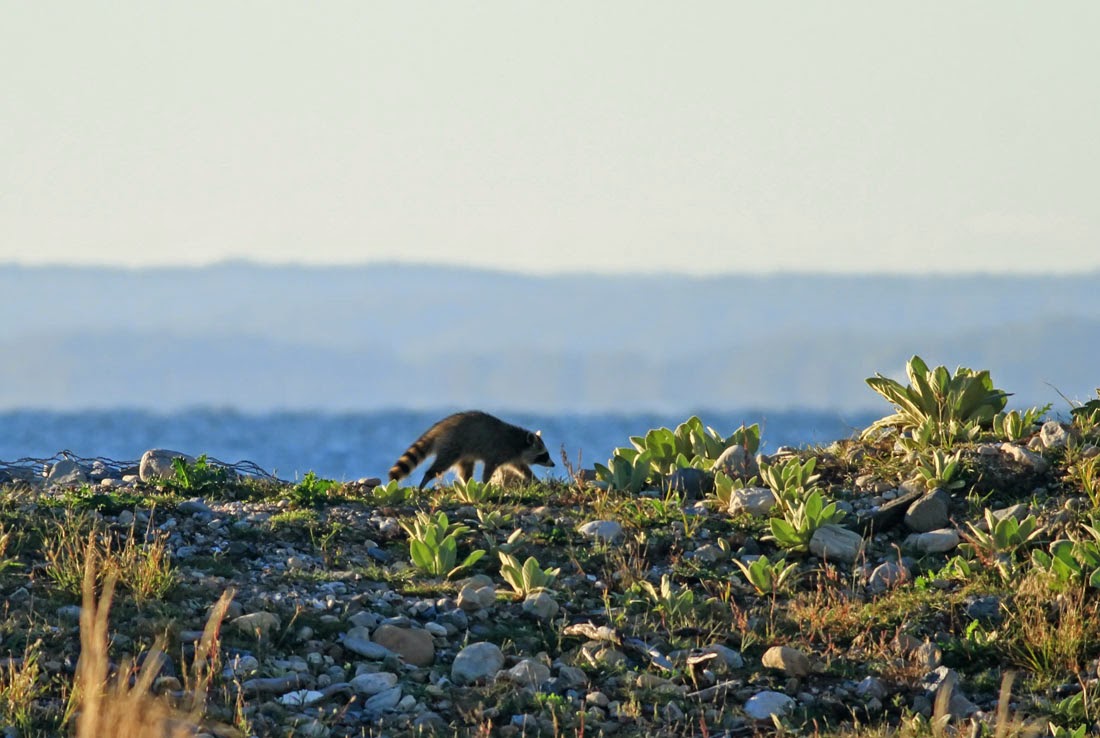