Well, there's no denying that relative to other years in memory, 2020 was mostly a bag of shit. But there is hope for a much better 2021, despite what is guaranteed to be a rough start. The vaccine rollout signifies what is very likely the beginning of the end of this pandemic. Also, here in the U.S. we will be welcoming a President that will almost certainly make our country and our world better off in many ways. So let's drink to that tonight!

On the local bird front, I have ended the year with a goose search, one more northwest finch tour, and a couple CBCs (one more to go).

As I have been focusing some on my state Self-Found list, the "rare goose" section shows a pretty massive gap. I have yet to find my own Barnacle, Pink-footed, or Ross's in Connecticut. My own town of Wallingford was formerly a bit of a mecca for rare geese, but that all changed about the time I moved here some 11 years ago. My theory is that it has something to do with the declining role of agriculture. Most fields that were planted annually are now left alone, leaving very few plots with food for the geese. It is probably not a coincidence that goose numbers and variety have plummeted with the exception of an occasional migrant flock.

So recently I have been venturing further from home in search of geese, so far with plenty of Greater White-fronted, Cackling, and Snow Geese to show for it. A tour along the upper CT River Valley on the 10th had one CACKLING and one SNOW.

Though finch reports have been sparse the last few weeks, I ventured to the NW corner of the state on the 23rd and was lucky to encounter 4 PINE GROSBEAKS near the Great Mountain Forest headquarters in Canaan. They have remained in the area for several days and have been seen by many birders. Other than redpolls at a few locations, it was pretty quite up there. We're always talking quality over quantity in Litchfield County during winter.

Several of us took a ferry ride on Christmas Eve and enjoyed several Razorbills.

This year marked the second annual Norwich Christmas Bird Count, and I took the "South" section once again. This time, having worked out many of the kinks from the inaugural run, I tallied 67 species in my section. Highlights included VIRGINIA RAIL, MARSH WREN, 8 flyby EVENING GROSBEAKS, and this Cassiar-like Junco. 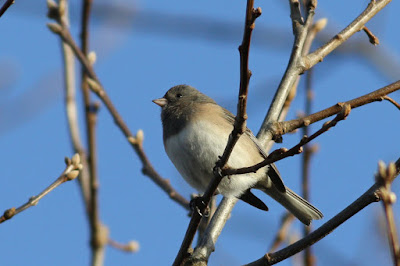 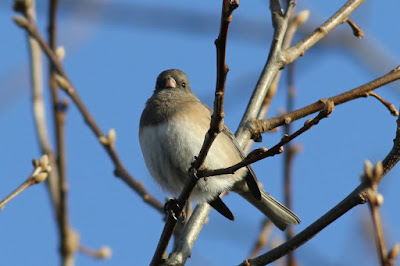 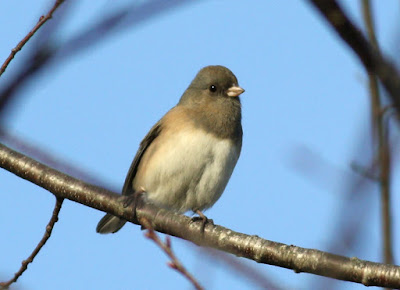 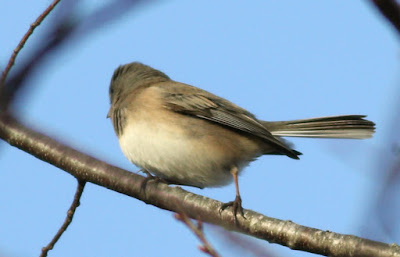 Happy New Year! Stay safe. And whenever you're offered the vaccine, please do your part to end this pandemic by taking it.

Posted by Nick Bonomo at 8:30 PM No comments:

When seen in Connecticut, Mew Gulls are pretty much always seen in the company of Ring-billed Gulls. So I was not expecting to find one at a tiny beach near the mouth of the Thames River where a whopping six Herring Gulls were resting. And yet that's exactly what flew in soon after I hopped out of the car for a quick scan of the river.
Coming right at me, I picked up on a medium-sized gull and stayed on it until it banked slightly, revealing an upperwing that was very low-contrast for a Ring-billed and a starkly black-and-white tail.
Hmmmm.
The bird landed in the water not far from the beach and had an obviously tiny, round head with an even tinier bill. It was a slam-dunk Mew Gull of the European subspecies canus. No trouble determining the subspecies of this one!
I had been keen on finding a first cycle Mew Gull locally, as all prior records were of adults or nearly so. So I was pumped about this one.
Luckily it stuck around long enough for me to grab the camera and get some shots. It lazily flew around the adjacent marinas for nearly 10 minutes and appeared quite settled-in, landing a few times, so I figured it would be relocated with relative ease. Wrong! It was not seen again the rest of the day, but it could absolutely still be in the area. 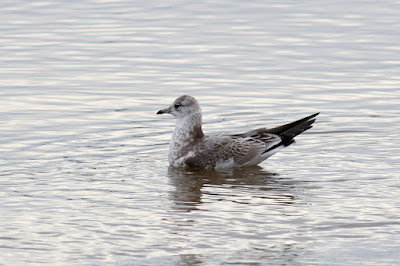 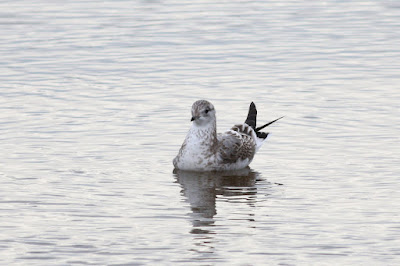 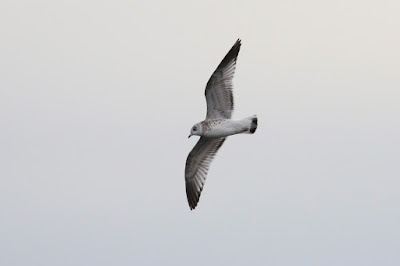 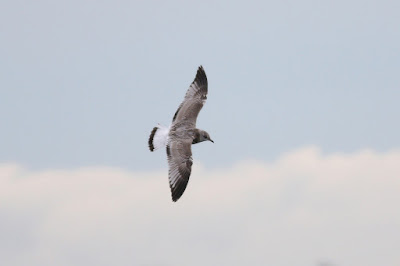 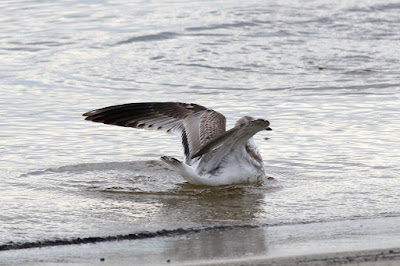 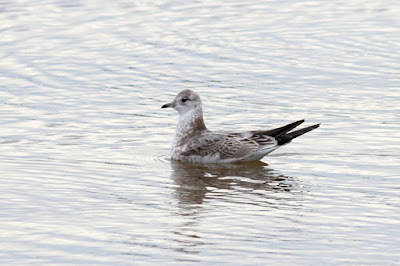 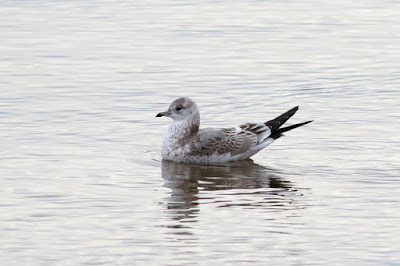 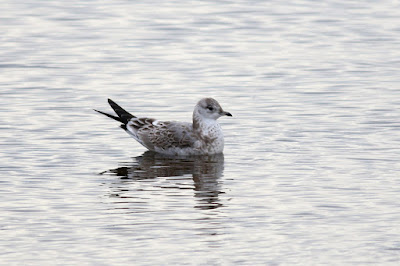 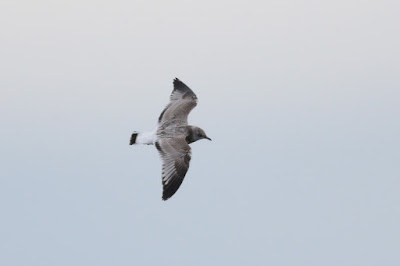