My late March solo visit to Norway is in the books and was about as much fun as I've had in a while. The middle few days of the trip were spent birding around Varanger, bookended by more touristy time in Tromsø and Oslo. At some point in the coming months there will be a full trip report here plus a very detailed Cloudbirders submission. In the meantime, here is some proof that I actually went. 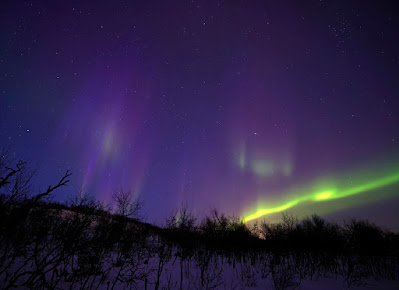 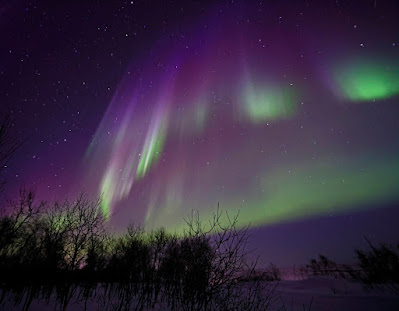 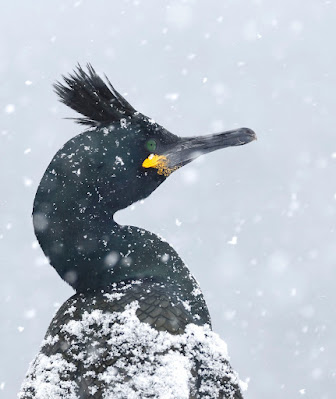 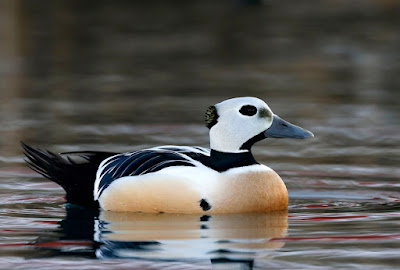 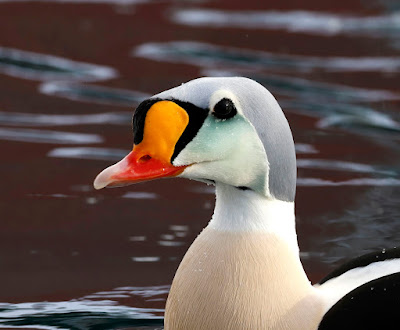 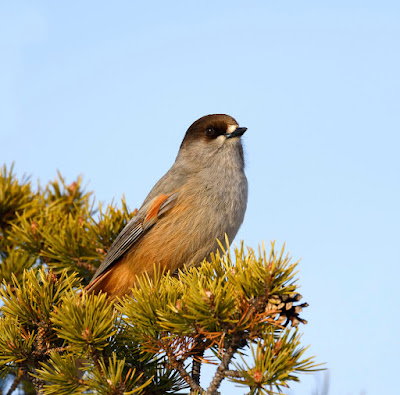 Posted by Nick Bonomo at 9:04 PM No comments:

A Murder in New Haven...Shocker!

New Haven: Come for the pizza, stay for the crime!

Last week I was out messing with my brand new camera body, the Canon R5, which at the time I had paired with my trusty ol' 400mm f5.6. I was walking back to the car at Fort Hale Park when I heard a "THWACK!" right next to me followed by the most awful gull scream you've ever heard. I looked down to my left and a Ring-billed Gull was flailing a bloody, broken right wing. Looking up I eventually located the culprit, a hefty adult (presumed) female PEREGRINE FALCON.

It seemed odd that the falcon didn't remain on its prey, so I am assuming that it was startled by my human presence mere feet from its attack. I retreated down to the water's edge to presumably watch the 'grin return for its meal. The falcon seemed noncommittal though. It made a couple passes near the gull but for whatever reason refused to finish the job; she eventually flew off as the flightless gull scampered to the water and swam away. It could be that I lingered too close, but more likely it was the human activity on the beach and the sidewalk, closer to the bird than I was, that spooked it. Hopefully the gull became a meal sooner than later, as it had no hope of flying again. I have been back there twice since then and have not seen any broken-winged gulls, so here's hoping its end came rather quickly. Nature is brutal but endlessly fascinating. 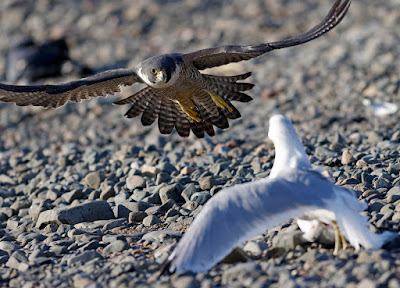 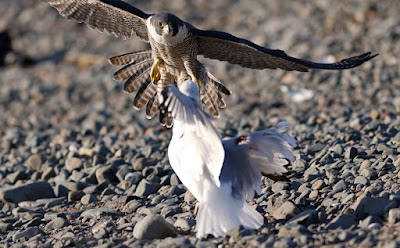 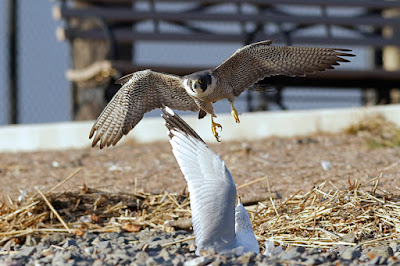 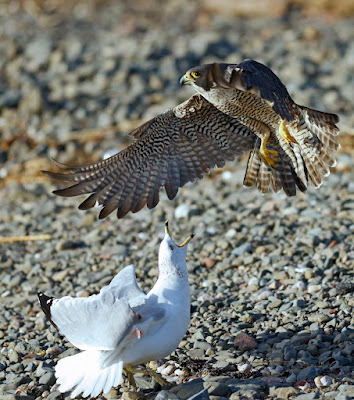 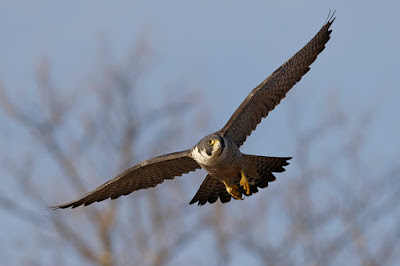 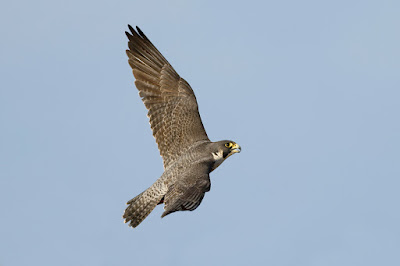 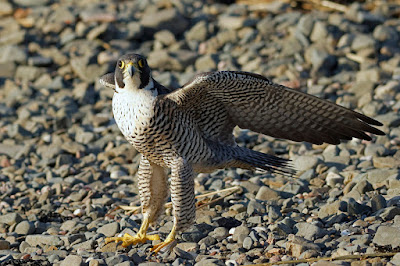 I didn't spend much time in the field locally in 2021, but the new camera purchase might get me out there a bit more. Either way, I should have some travels to report during the first half of 2022 including Norway in March and Madeira in June.
- Nick
Posted by Nick Bonomo at 8:22 PM No comments:

Yesterday afternoon (5 Feb 2022) was cold and blustery, but the sun was shining and I was itching to use my new Canon R5 for the first time. So I went down to the West Haven Boat Ramp to try shooting gulls from the car. This site is reliable for close views of gulls without having to brave the elements, and the afternoon sun would be at my back. A first cycle ICELAND GULL was on site for a bit. Otherwise I practiced with the new camera and experimented with different settings, particularly different autofocus modes. At one point a distant Brant flock took flight across the harbor and I took the opportunity to shoot a few artsy (and I use that word very loosely) photos of the flock with East Rock Park in the background. While sorting through the images that evening I picked out a "BLACK" BRANT that happened to be perfectly lit and positioned for an identifiable photo. It's better to be lucky than good!

Other than confirming that you can crop the heck out of an R5's image, the results of the first outing were inconsistent. The switch from dSLR to mirrorless will have at least a bit of a learning curve, especially for somebody like me who does not use his gear very often these days. Practice makes perfect. I'll continue to work with it as I prepare for a late March trip to Norway for which I'd like to have a decent handle on this camera! The other question is whether I continue to use my old 400 f5.6 or upgrade to the pricey 100-500.

Back in 2019 (which seems like ages ago, doesn't it?!) I set out on a statewide "Self-Found Big Year" here in Connecticut. I will be presenting the concept of a SFBY and a summary of my endeavors at two upcoming meetings, at least the first of which will be VIRTUAL VIA ZOOM given the current local status of COVID-19.

At some point in the future I may finally post my SFBY results in written form in this space, if I ever get around to it!!

Posted by Nick Bonomo at 6:25 PM No comments: