Showing posts from May, 2013
Show all

Best bird of the Big Day? 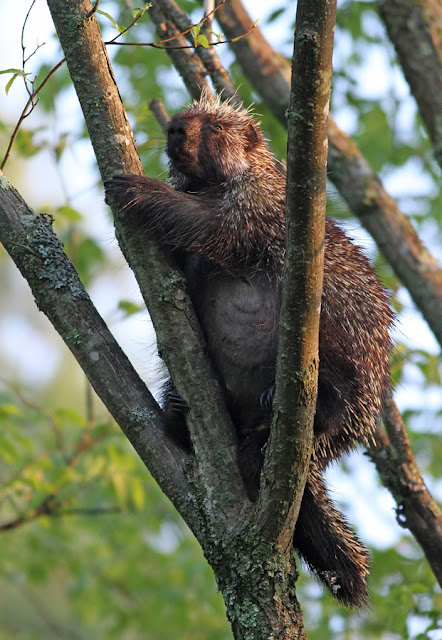 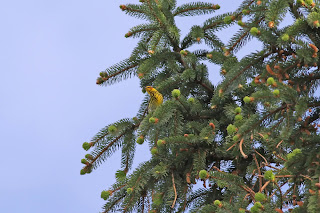 While Big Day scouting in Watertown, CT back on May 18th I heard a high-pitched 'tee-see' song coming from a stand of spruces, which I initially thought was a Bay-breasted Warbler, an uncommon migrant around here. I grabbed my camera from the car and went to take a look, where I was even more pleased to find a CAPE MAY WARBLER instead. Spring male Cape May Warbler is one of those birds that never fails to make my day, even when in areas where they're common. Cape May Warbler  - NB
2 comments
Read more 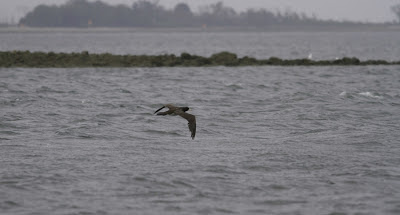 Today can be summed up with just one phrase: mind-blowing. Late this morning (technically yesterday morning, by the time this gets posted) Patrick Comins passed along a shocking yet vague report of an adult BROWN BOOBY that was photographed on a boat in Westport, Connecticut earlier in the day. A first state record. All we knew at the time was the town in which it was taken...no further details. I made a bunch of phone calls and soon local birders were scouring the coast without any sign of the booby. In the meantime I was taking care of a few odds and ends before finally arriving in the early afternoon. Satisfied that the coast had been covered from land by others, I headed straight to the boat club to prepare the boat for its first excursion of the season. I was soon joined by Tina Green, Roy Harvey, and John Oshlick. We headed into Norwalk Harbor in search of the booby, which as far as we knew could have been long gone by then. But I had a good feeling that, given the crummy w
6 comments
Read more

May 22, 2013
Yesterday's big day recorded 186 species, which would have made us very happy to tie the old  record if this were two years ago. But after our 192 total in 2011 , this number leaves a sour taste in my mouth. Expectations have increased. Regression becomes more likely as your number increases, as it did each year from 2009-11. So you could say we were due to take a step back. But I know that we have not yet maxed out what is doable on a Big Day in Connecticut. In my eyes, 186 is no better than just pretty good. We have been doing this for a few years now, and although the populations of many bird species are declining, the annual improvement of our route combined with the abundance of info sharing has resulted in a higher number of possible species. I expect 180+ every year now. Our goal of reaching 200 species someday is attainable with the right combination of scouting, planning, and luck. It just didn't happen yesterday. - Nick
6 comments
Read more

For the night is dark, and full of terrors

May 17, 2013
It's about midnight Friday morning and I've just finished 18 days in a row at work. Now that that's out of the way, I can move onto dedicated Big Day scouting. Immediately. If I can keep myself awake I'll spend the rest of tonight listening for marsh birds, owls, and nightjars. If I can't, I'll pull over and take a nap. We've got a lot of work to do. Our target date range is fast approaching, and while we have some important species pinned down, many others are iffy. The guys up north haven't so much as sniffed a Saw-whet yet. A lot of lingering waterfowl has departed. Inland marshes are on the dry side thanks to a drought. Our schedule is less flexible than we had anticipated. But spirits are still high and there's enough time to give this a really good run if we throw ourselves at it. On my way out the door...
1 comment
Read more

Change in weather, for the better

May 09, 2013
When I last posted on April 30th, I mentioned that east winds were in the forecast and we would see a poor migration in southern New England as long as that pattern held. Well, that pattern held for about 9 days and as a result the birding has been dreadful for the time of year. Not that I care much, I've been busy working :) As of today, the weather has changed, and winds with a westerly component now dominate the forecast, alternating between SW and NW depending on what side of the fronts we're on. Last night featured some movement into CT, and tonight is looking even better depending on where exactly the rain is. So we should expect to see a huge uptick in migrants and returning breeders (you can't get any worse than it's been lately!) with your typical ebbs and flows depending on the exact wind/weather setup. As for me, this year I've rejoined my friends on the Big Day team after sitting out last year. Much of my birding will be focused on scouting for this,
Post a Comment
Read more
More posts