February 28, 2012
Over the past two days Carolyn Sedgwick and I have enjoyed some luck chasing a few nice local birds. I was overdue, as I hadn't chased a bird in Connecticut in weeks (months?). It was nice to get out and see a few goodies, with relative ease, no less.

Today (27 Feb) Maggie Jones was very kind to allow us to view and confirm identity of a WESTERN TANAGER that had first visited her yard in Mystic yesterday. We walked up the driveway until the feeders were in view, immediately locating the bird. It proceeded to fly-catch around the yard with intermittent visits to the suet feeder. (Yes, there were flying insects about today. It was a balmy 50 degrees, unusually warm but typical of this very mild winter. Had my first butterfly of the year here - Mourning Cloak.) A very cooperative bird. We left it alive and well after a half-hour of viewing, though an immature Cooper's Hawk was eying the feeders from afar. Hopefully the WETA can keep safe even though it sticks out like a sore thumb among the more common species. 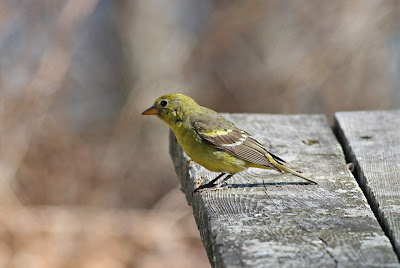 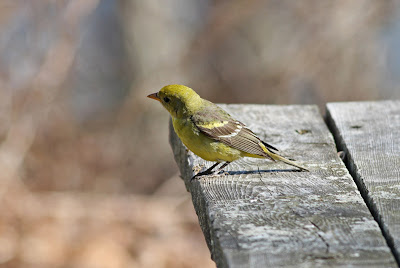 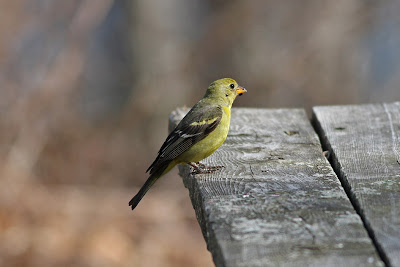 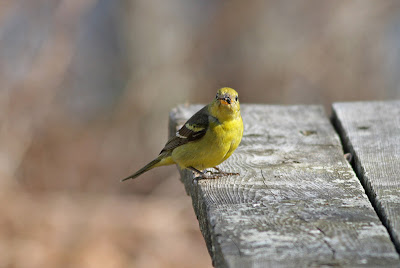 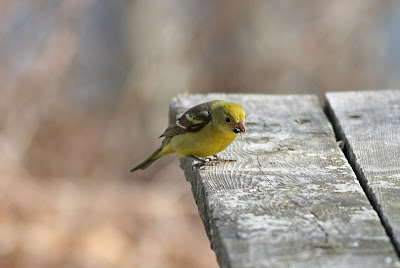 Western Tanager
We followed that up with a successful late-afternoon try for the long-staying HARRIS'S SPARROW in Lebanon. Not soon after we arrived, Annie and Mike Perko of Colchester showed up to throw down some seed as they have been doing since they found the bird 50 days ago. After just a bit of waiting the Harris's appeared to feed in the shadows. We enjoyed really nice scope views of the bird. 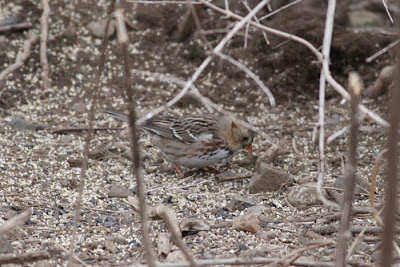 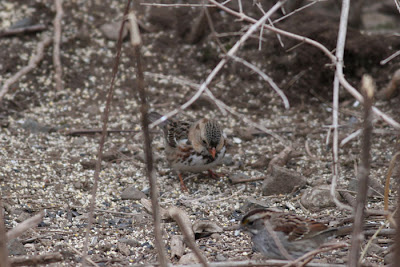 Harris's Sparrow
Yesterday (26 Feb) we successfully chased the PINK-FOOTED GOOSE in Middlefield/Durham found the day before by Mark Barriger. Hank Golet was on the goose as we pulled up to the pond in question, and Hank was quick to point out a LESSER YELLOWLEGS alongside a Killdeer at the pond's edge. The goose flock kept its distance but we were happy with the scope views. The LEYE was more cooperative and quite a rare bird in its own right. This is possibly (almost certainly?) the first February record of this species in Connecticut - a record early date. 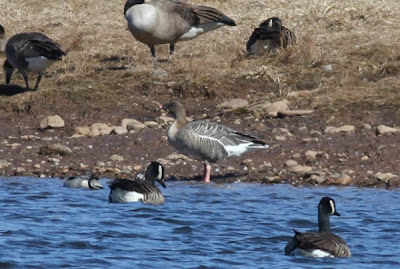 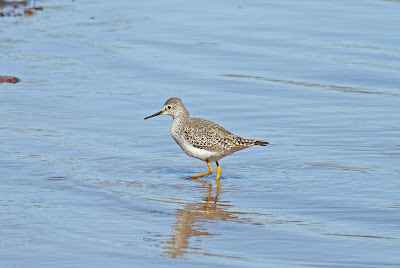