Julian Hough, Greg Hanisek and I spent the better part of last weekend birding the North Shore of Massachusetts. Reports from the area had been surprisingly few in the days preceding our visit, thus our expectations were a bit tempered. Still, there may not be a better winter birding destination in New England, so we were game to try. Besides, I think we were all about sick of seeing Common Loons and Black Ducks around home!! :)

Less than three hours from home on Saturday morning we kicked things off at Marblehead Neck for our one-and-only twitch of the weekend. A TOWNSEND'S WARBLER had been frequenting the neck's sanctuary and adjacent backyards for several days. Well-known to CT birders as the Undisputed "How-the-hell-has-this-species-never-been-seen-in-CT-before" Champion of the World, we could not pass up the opportunity to check out this western vagrant. After a bit of watching and waiting the bird appeared at a backyard suet feeder, giving nice looks for all. Once satisfied, we drew the bird a map to Connecticut in the dirt and left.


From here we spent the rest of the day on Cape Ann, birding from Gloucester Harbor to Halibut Point. We drove to the end of the Jodrey Fish Pier to find a first cycle GLAUCOUS GULL standing in the lot among a few Herring Gulls. 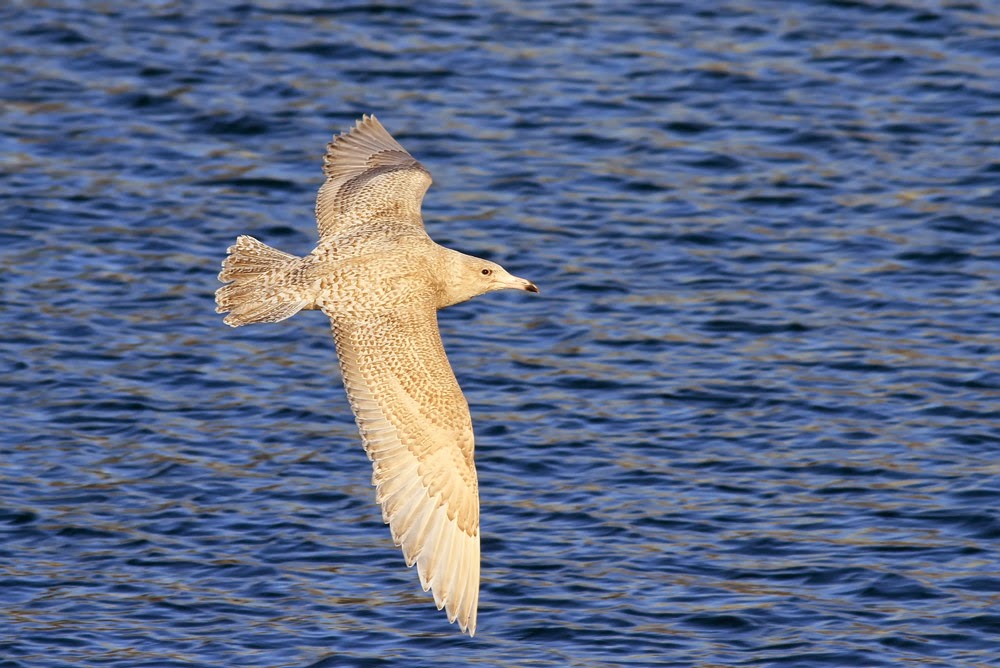 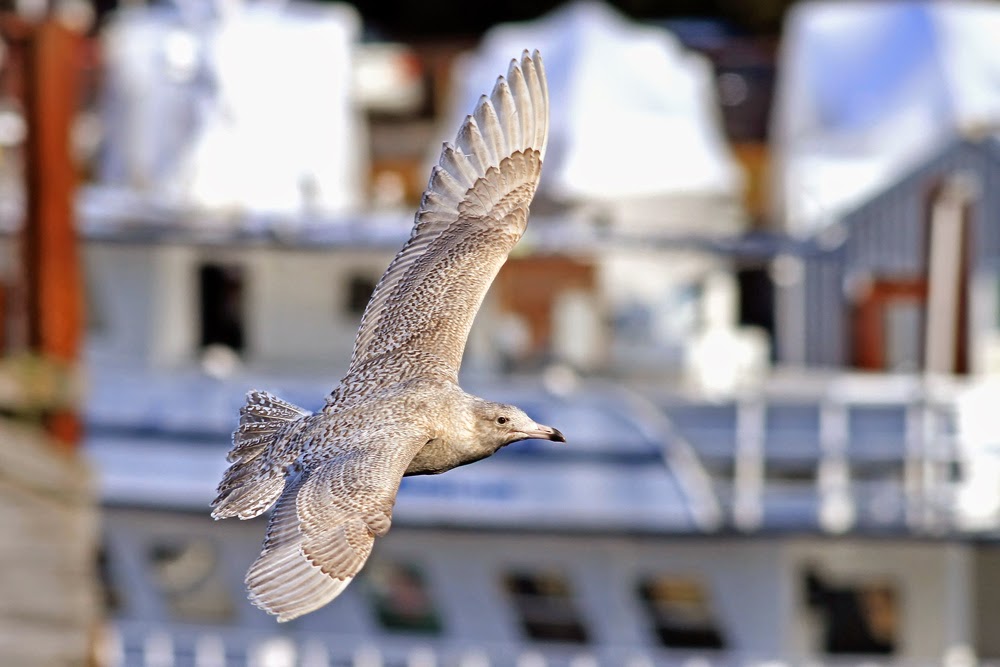 Despite this early success, gull numbers here were wayyy down from what I'm used to seeing (though I haven't birded here in a few years)...a theme that would continue for the weekend. Two adult and one first cycle "Kumlien's" Iceland Gulls were the only other white-winged gulls we saw in the harbor. 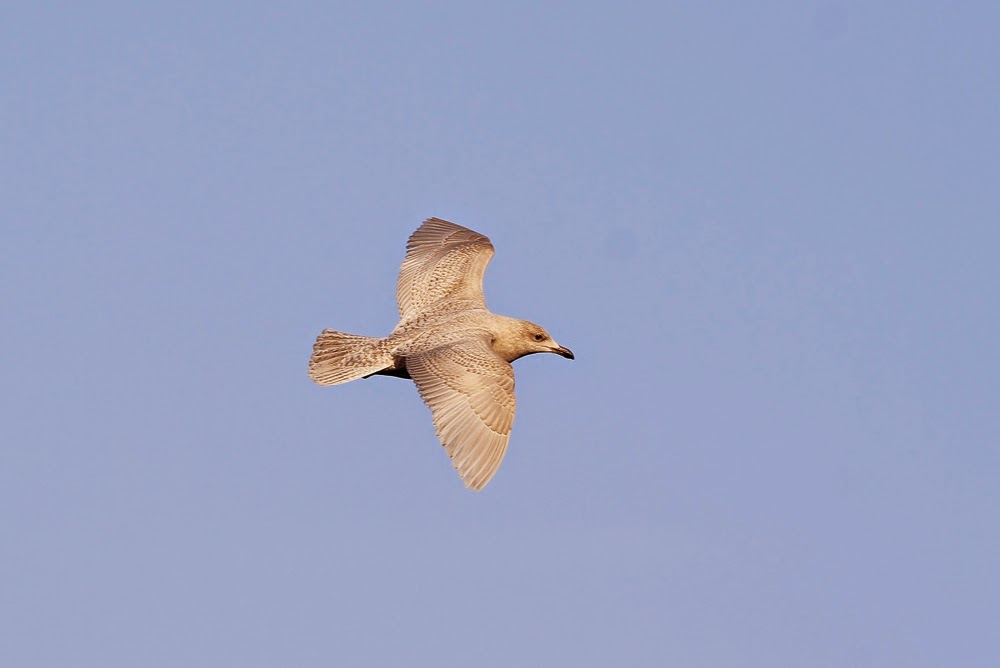 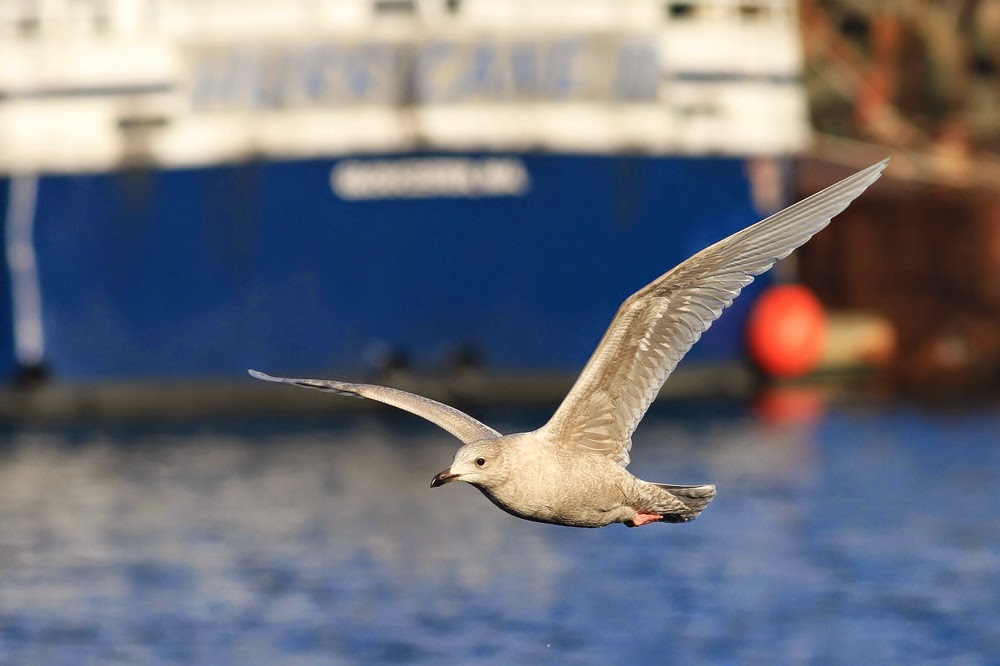 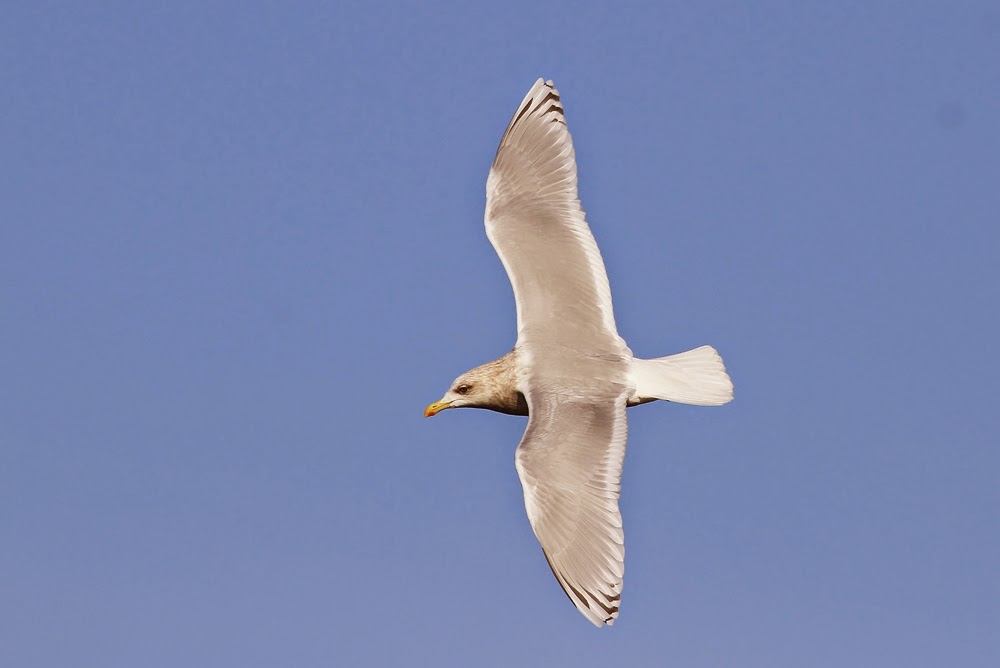 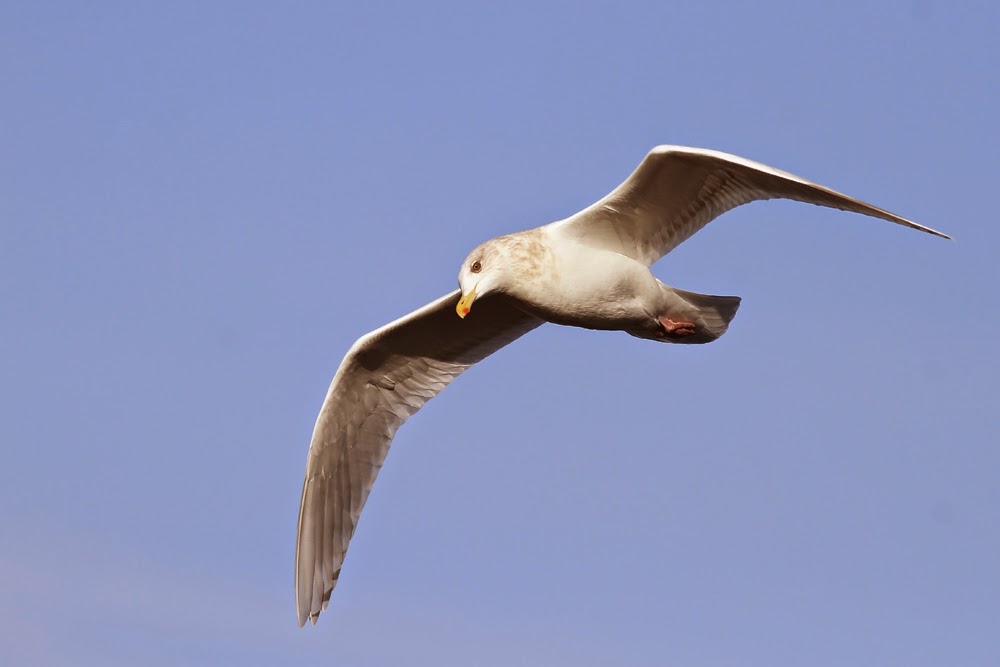 Some seawatching from the Eastern Point Lighthouse was overall quiet, but Julian's spot of a DOVEKIE was unexpected and very satisfying. As far as we knew, there had been hardly any recent reports of alcids other than the expected Razorbills and Black Guillemots.

Next up was Niles Pond, another well-known gull magnet. There were no more than 100 individual gulls on the pond at any one time, but there was a steady turnover. Our first scan revealed nothing but the three common species of gull. The pond was ice-free and held some waterfowl, including Lesser Scaup, Ruddy Duck, and a Double-crested Cormorant.

From the other end of the pond we scanned Brace Cove and found a female BARROW'S GOLDENEYE among the Common Goldeneye. Nice looks at this bird at rest, diving, and in flight. Just as I was about to digiscope photos of the Barrow's, Julian called our attention to an incoming gull. His initial impression was correct - we watched as a juvenile THAYER'S GULL landed on Niles Pond. We followed the bird as it actively bathed in the fresh water, concurrently realizing that there were now a couple Iceland Gulls and a Glaucous Gull on the pond. Where did they come from?? Obviously we had under appreciated the amount of turnover on the pond despite the very low numbers at any given time. After about 10 minutes on the pond the Thayer's Gull took flight and headed back out towards Brace Cove where it landed amidst a roosting gull flock at the north end of the cove. We drove around to that end of the cove but were unable to relocate the bird. 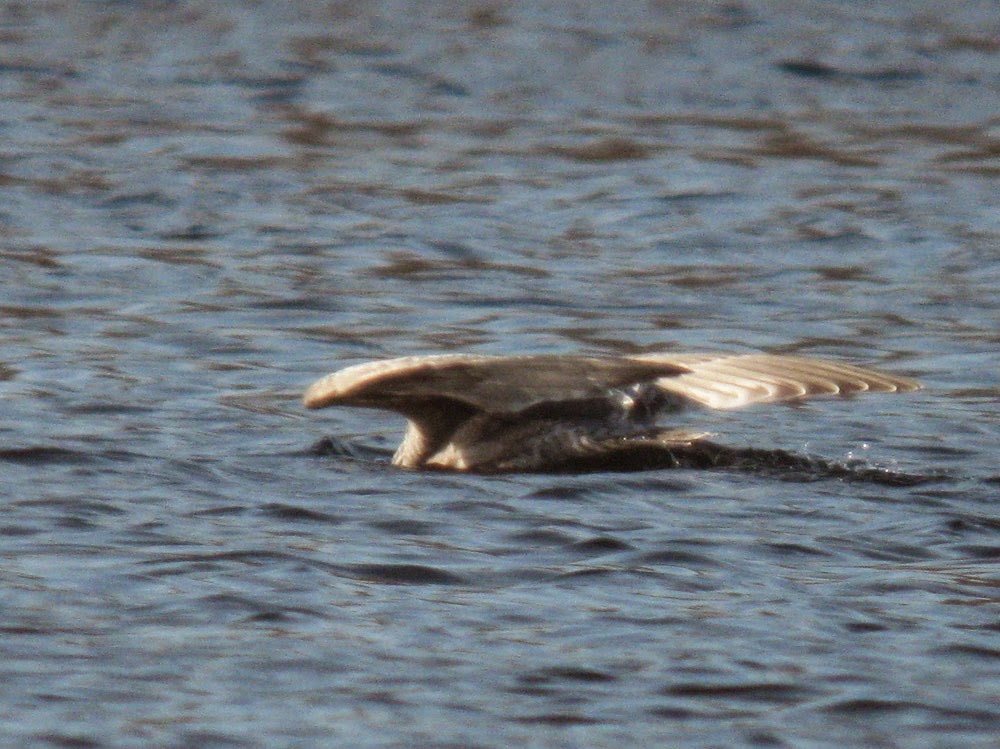 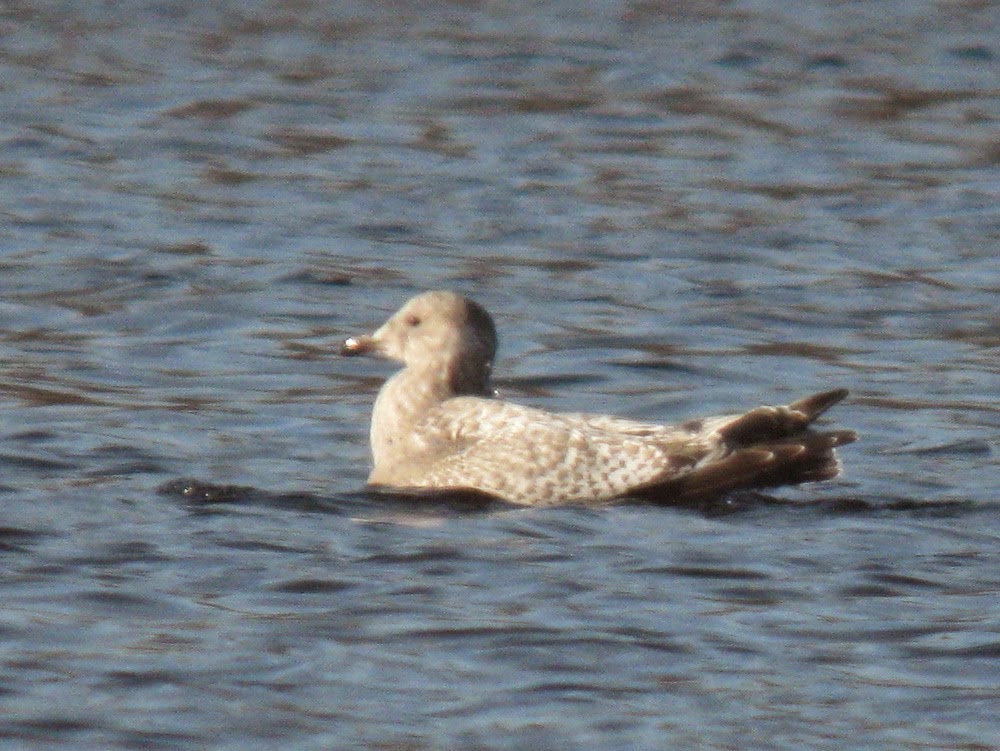 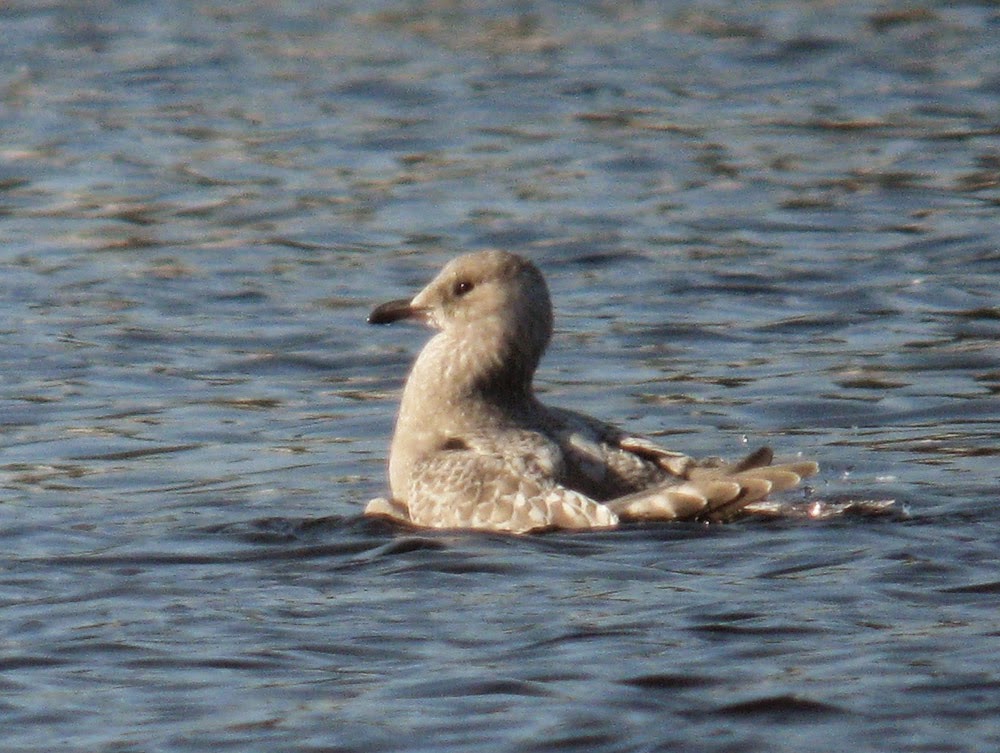 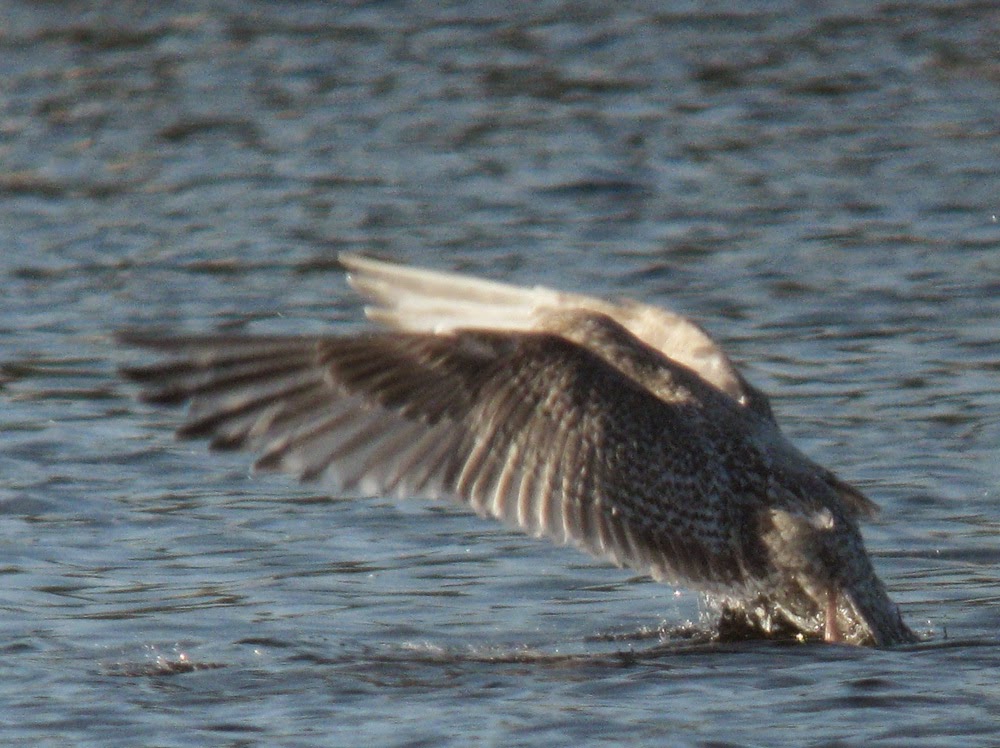 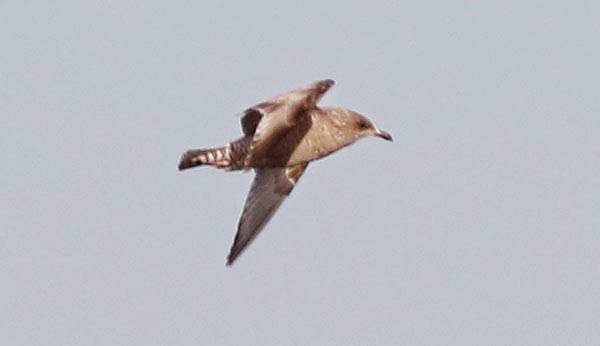 Feeling great about our day already, we continued north along the coast to Cathedral Ledge to find several Harlequin Ducks feeding below us. 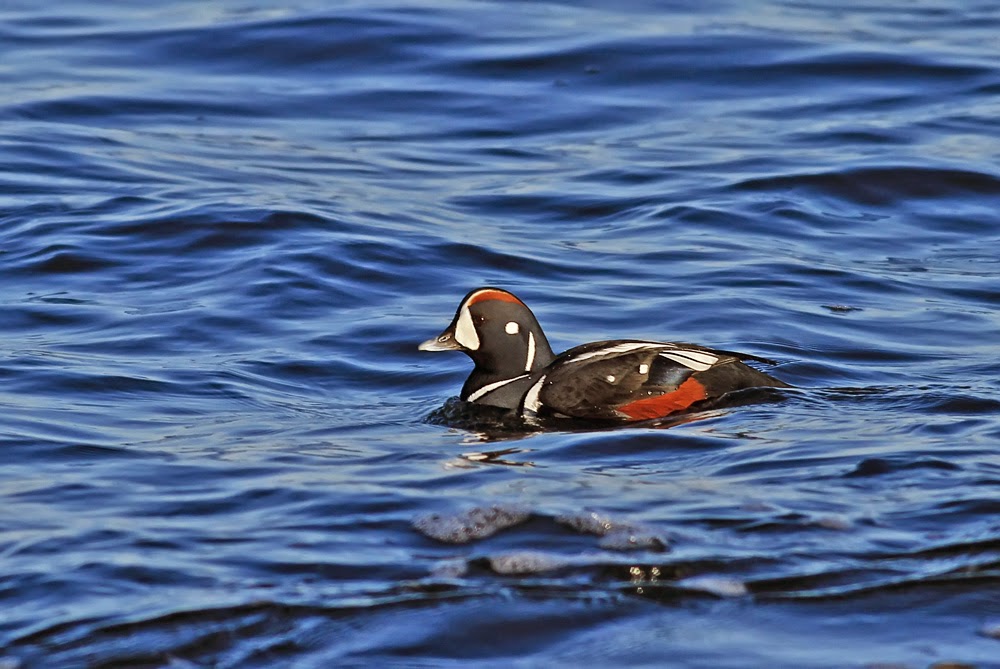 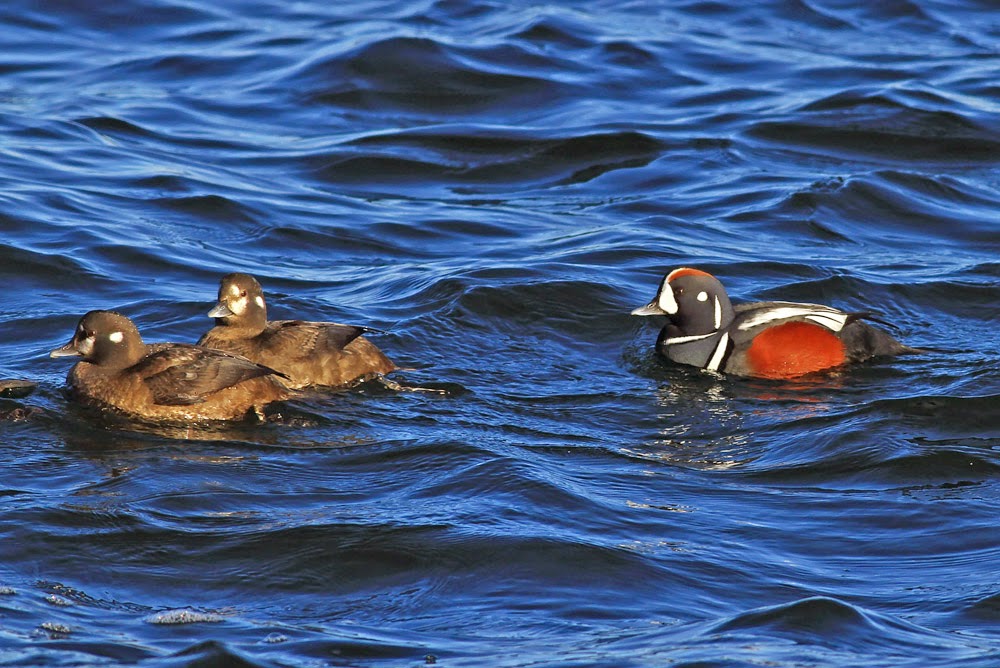 A THICK-BILLED MURRE was loafing not too far offshore in excellent light...another bird we were hoping for but weren't really expecting! Razorbills and Black-legged Kittiwakes could be seen further offshore.


We wrapped things up at Andrew's and Halibut Points, which were considerably less birdy and did not hold much of interest while we were there. Of course the rugged coastal scenery and beautiful October-like weather made up for the lack of birds. 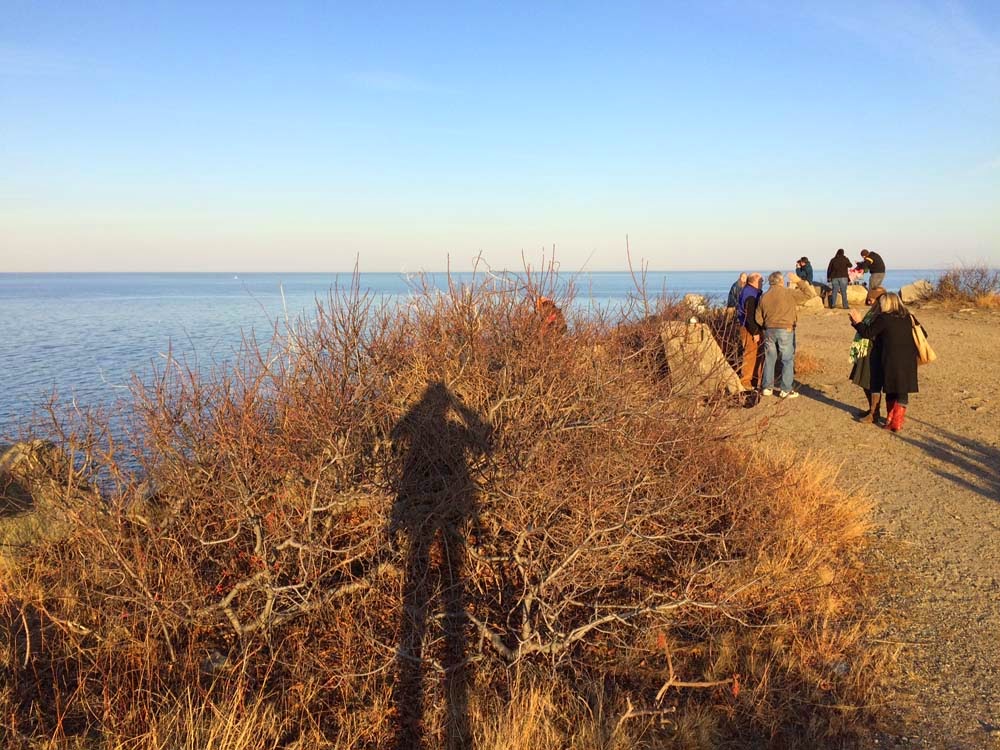 On our drive from Cape Ann towards Salisbury we stopped for dinner at Spice Thai Kitchen in Ipswich...we highly recommend this place, especially their Drunken Noodle! We ended up finding a cheap, clean room just over the state line at the Hampton Falls Inn in Seabrook, New Hampshire.


Sunday morning was rather wet and raw. Temperatures were still unseasonably warm, but the rain and breeze made it feel much colder. We started at Salisbury Beach State Reservation and found a rather distant SNOWY OWL in the marsh...the first of many we would see today. Seawatching produced the expected species. The best bird was a second-winter male KING EIDER that was actually quite close to shore inside the river mouth. The rain and low light kept us from even trying to photograph that bird, but Eric Labato posted a photo he took later that morning.

On our way to Plum Island we made a few stops along the Newburyport side of the river. We again noted the lack of gulls. We did not see a single white-winged gull along that entire stretch of river, which is not something I thought was possible! On Plum Island we added more waterfowl to our trip list and enjoyed some raptors including Rough-legged Hawks and Bald Eagles. What we lacked in white gulls we made up for in white owls. We ended up tallying an impressive eight Snowy Owls on Plum Island south of the bridge. From one particular spot five were in view at once. As we were leaving the island around 1pm we found one more, making a whopping 10 for the day. A great way to cap a fantastic weekend of birding.