January 03, 2015
Work was slow today, which allowed me to get out and do some birding while waiting for the pager to go off. I had wanted to check the Shepaug Dam section of the Housatonic River for gulls for some time now. It had always been on my radar, as I recalled Greg Hanisek and Mark Szantyr having a Thayer's Gull there some fifteen years ago, about the time I started birding as a young teenager. Patrick Comins really brought attention to the place by birding it often last winter, during which he recorded a fantastic "Common" Mew Gull that was seen sporadically for a few days. Due to work, travel, and personal obligations I never did find the time to go there myself, until today.

I arrived mid-morning to find few gulls around. After some waiting they began to trickle into the river itself. The turnover was steady as birds came and went from the main flock along the river. A first cycle "Kumlien's" ICELAND GULL and second cycle LESSER BLACK-BACKED GULL appeared side-by-side on the water.


Scanning the flock over and over, between bouts of warming up in the car, eventually paid of with an adult MEW GULL of the nominate race, Larus canus canus, often called Common Gull. The bird was seen from various distances in various lighting and weather conditions, from bright overcast to dark with falling snow, from noon to 2pm when the snow really started to come down. The bird was seen roosting on the west bank of the river, roosting in fields at Mitchell Farm, and perching atop the farm buildings. I will include images from several angles and distances. 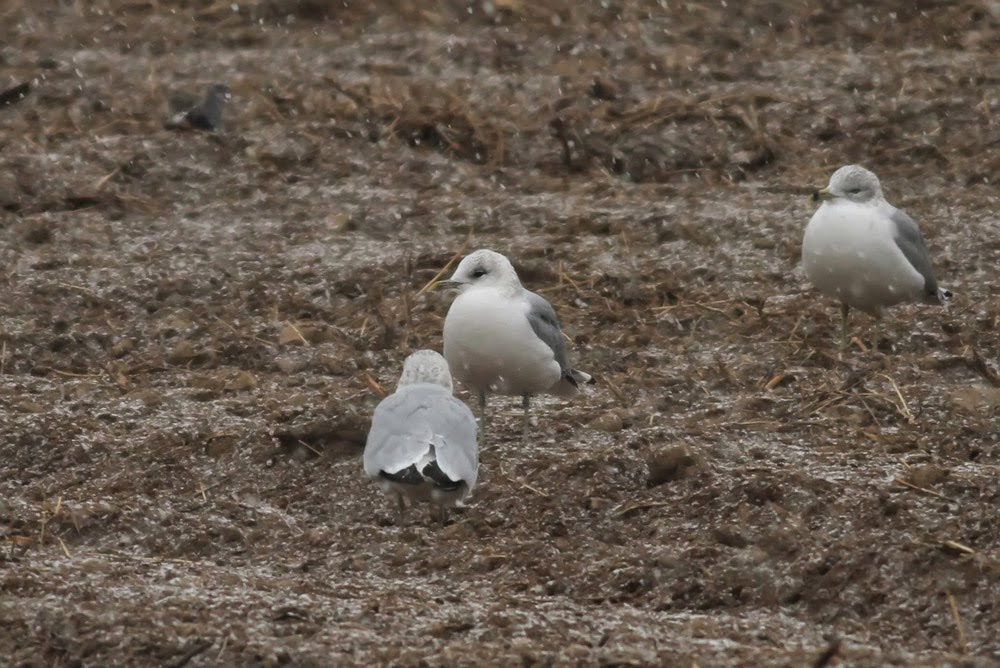 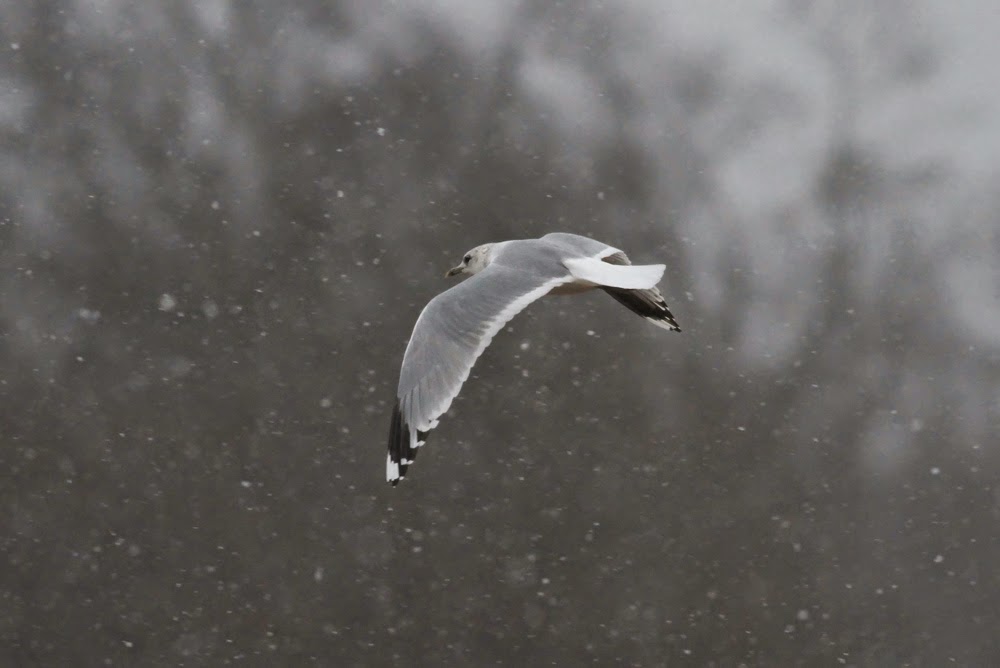 After comparing images, I am all but certain that this must be the same individual seen here for a few days last winter. It is quite similar to the Mew Gull I had back in 2009, which was also a pretty classic-looking "Common" Mew Gull...yet not terribly similar to this bird from Cape Ann in 2010, which was not firmly IDed to subspecies.