January 31, 2016
After an uneventful flight from CT to Fort Myers, FL this morning I dropped off my things at friend Dori Sosensky's place and headed straight for Bunche Beach, the recent hangout of an AMERICAN FLAMINGO. The flamingo has been frequenting the beach here for about a week, though its visits have been intermittent. As nobody had pinned down any alternative locations, I figured my best bet was to hang around Bunche for a while if the bird wasn't there when I arrived. Well, it wasn't there at 1pm when I arrived. Knowing the bird had, on prior days, been seen flying in from the north-ish, I was tempted to leave and search for it elsewhere. I don't like to hang around in one spot and wait for a bird if I don't have to. Luckily I didn't have to test my patience for very long, as I saw the flamingo fly in from the north at 1:40pm. It settled into one spot offshore where it roosted in shallow water by itself for the ensuing few hours. It was still in the same place when I left. 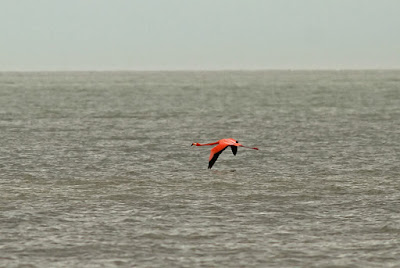 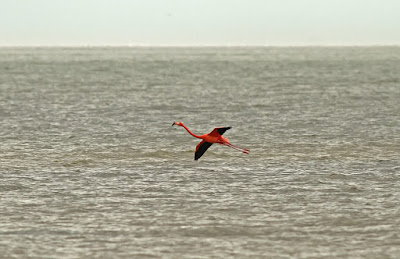 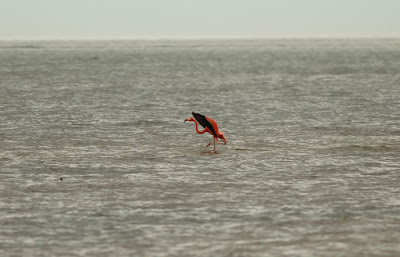 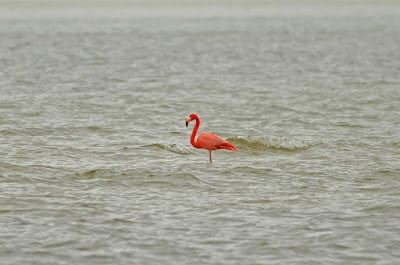 This is the first flamingo species I've seen anywhere, so this was especially satisfying...particularly after missing this bird in Florida a couple times before.

The beach wasn't especially birdy, but there were some things to see. Two white morph REDDISH EGRETS were fun to watch. One of these birds was carrying a rather obvious satellite transmitter on its back, but it went about its business as usual despite the backpack. 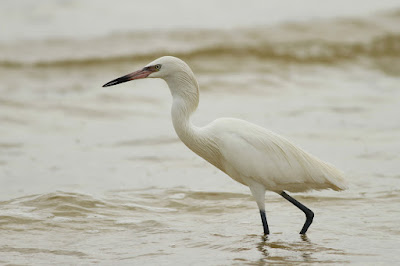 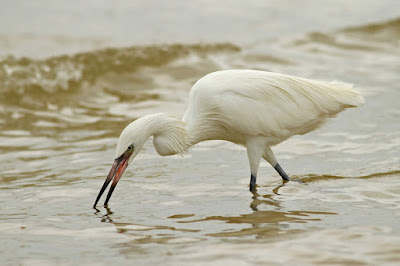