A Fun Flock of Gulls

April 08, 2018
Today between errands I stopped by the Oyster River mouth in Milford/West Haven, CT as I do often this time of year. The gulling at this location this season has been inconsistent, so I was pleased to find about 600 birds roosting on the flats at low tide today. It turned out to be a really fun flock to sort through. Nothing super rare, but a bit of variety and some really fascinating individuals.

First, the dark first cycle. Black legs, black-and-yellow bill, dark plumage aspect. Probably the coolest-looking Ringer I've seen in person. Vaguely reminiscent in some ways of "Picasso," a presumed screwed-up RBGU that was seen in the northeast a couple years ago. (Trying Facebook link...may or may not work.) 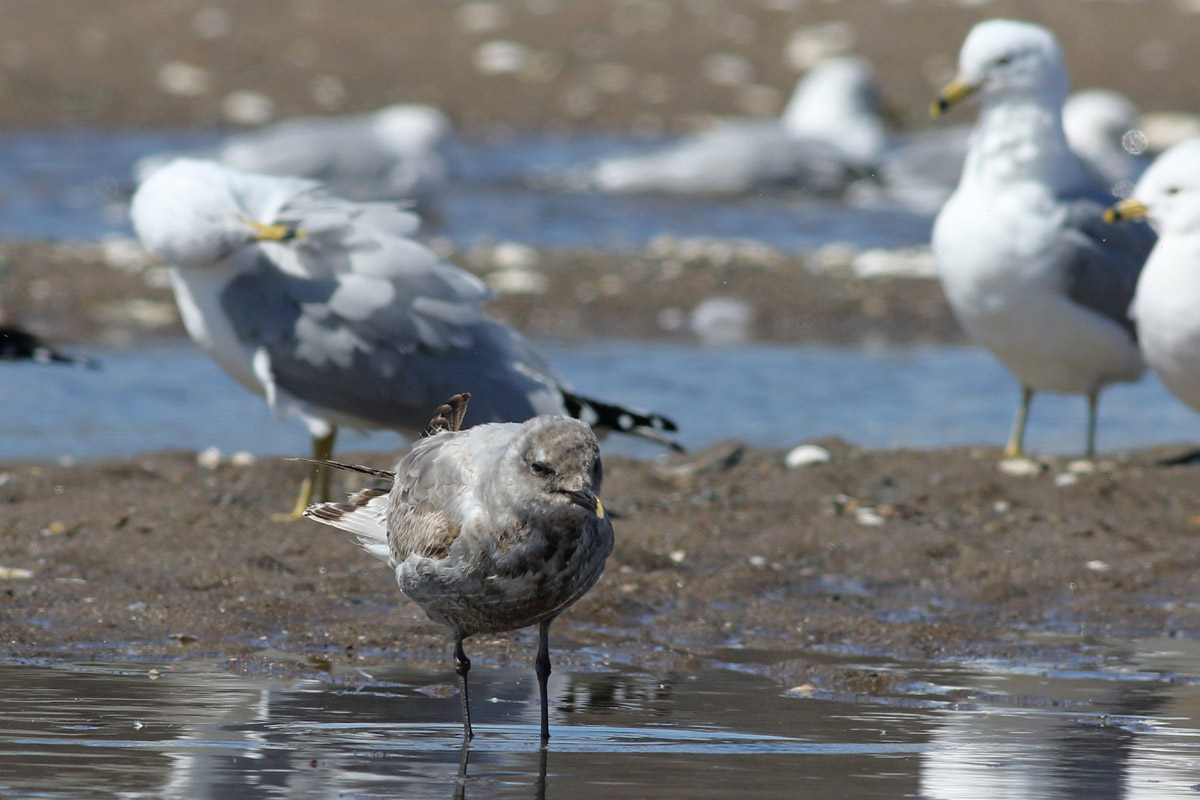 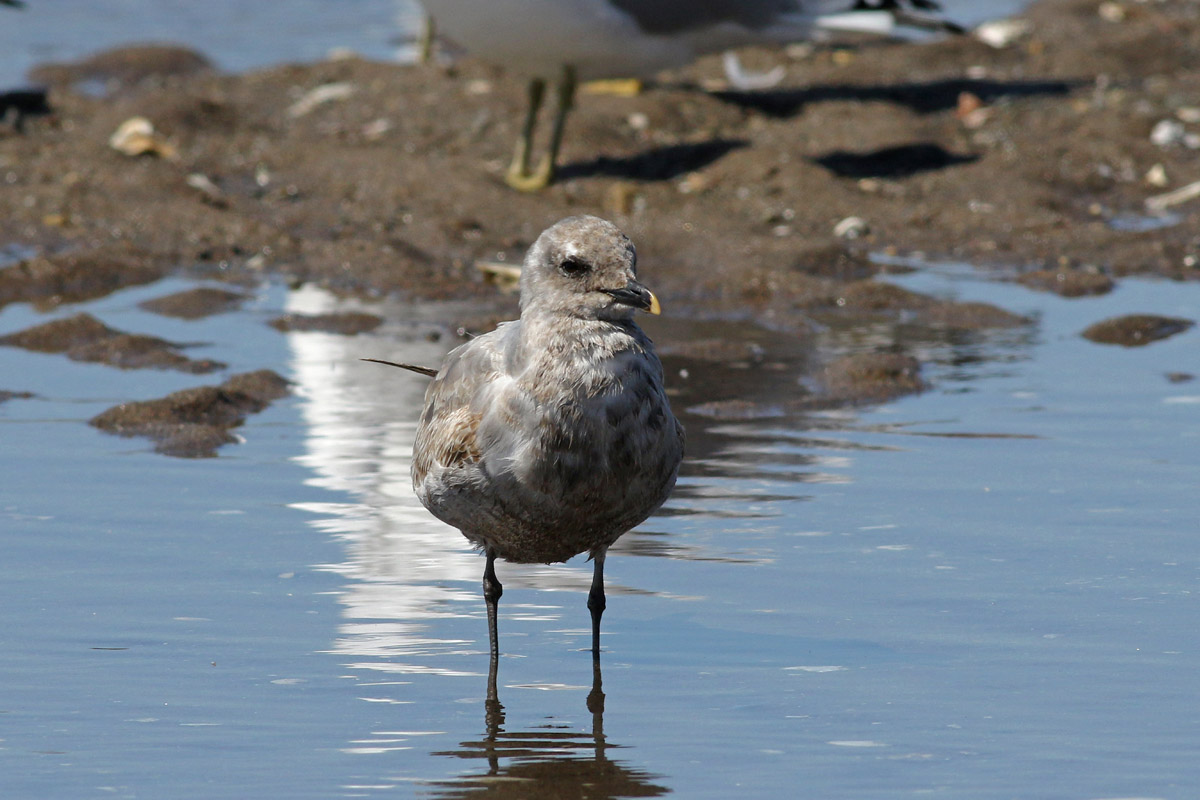 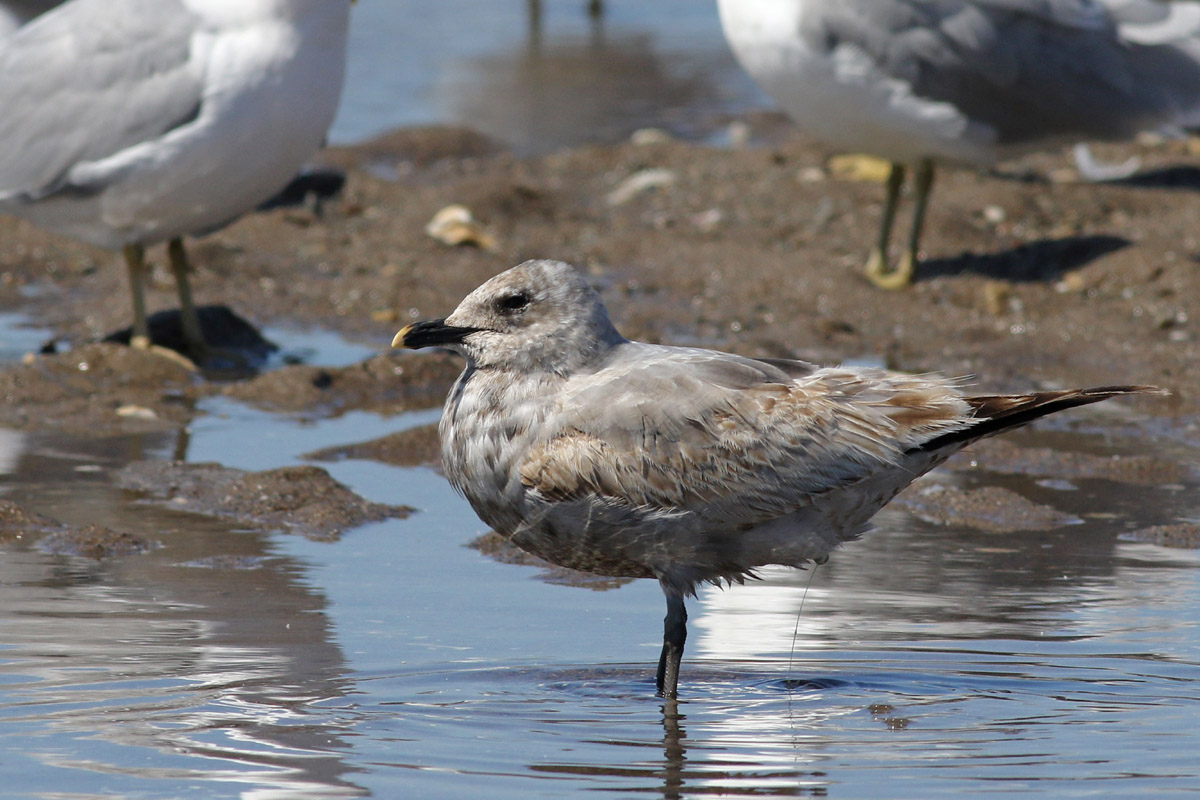 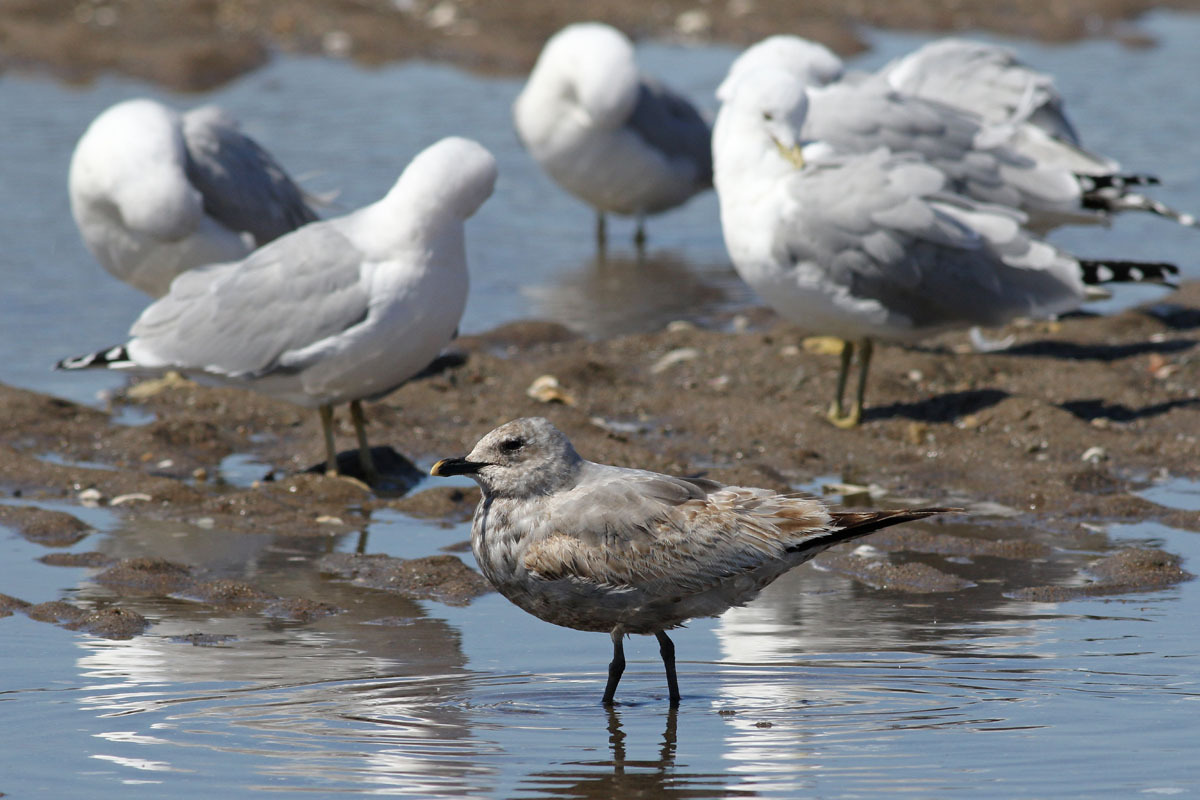 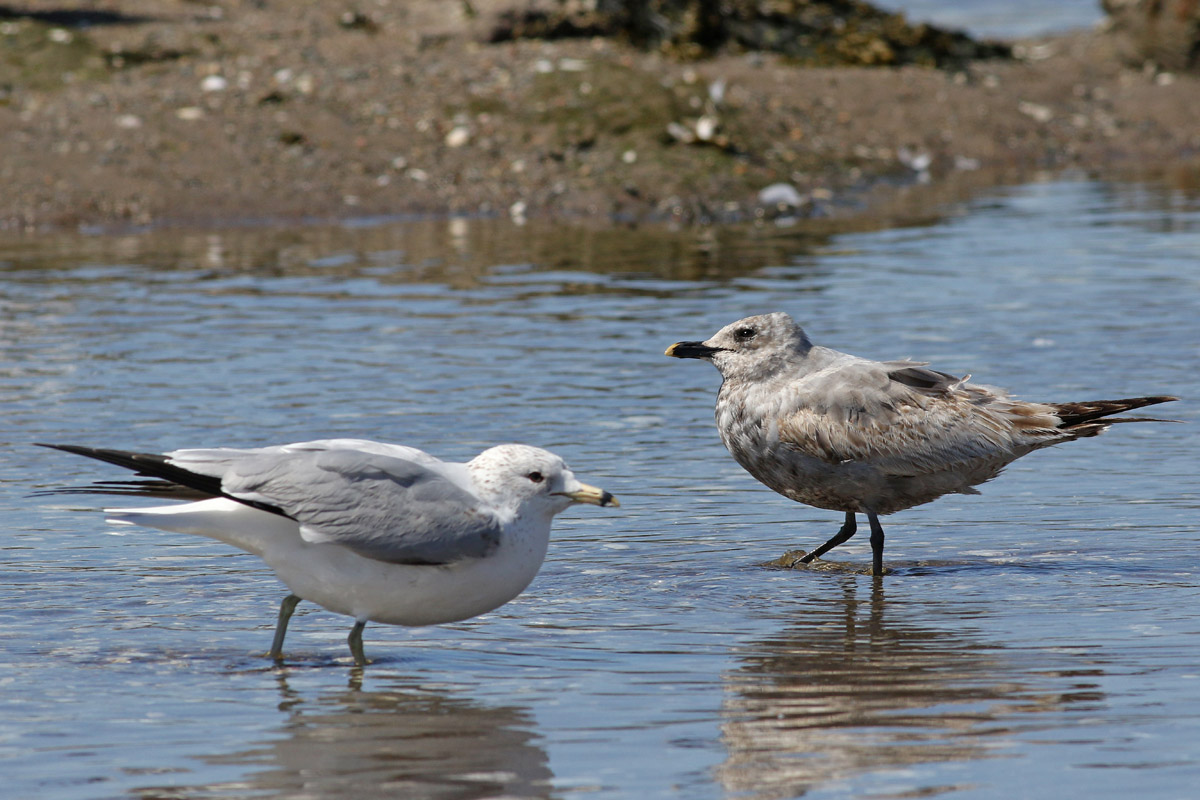 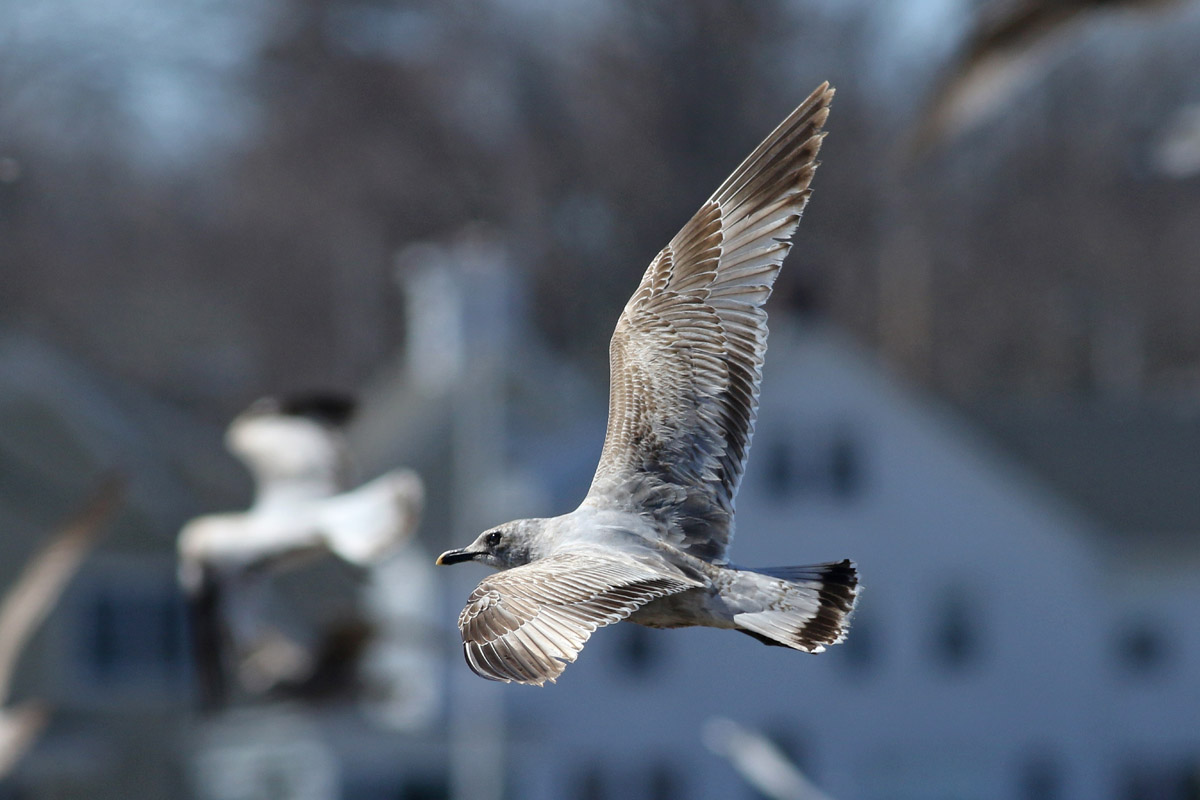 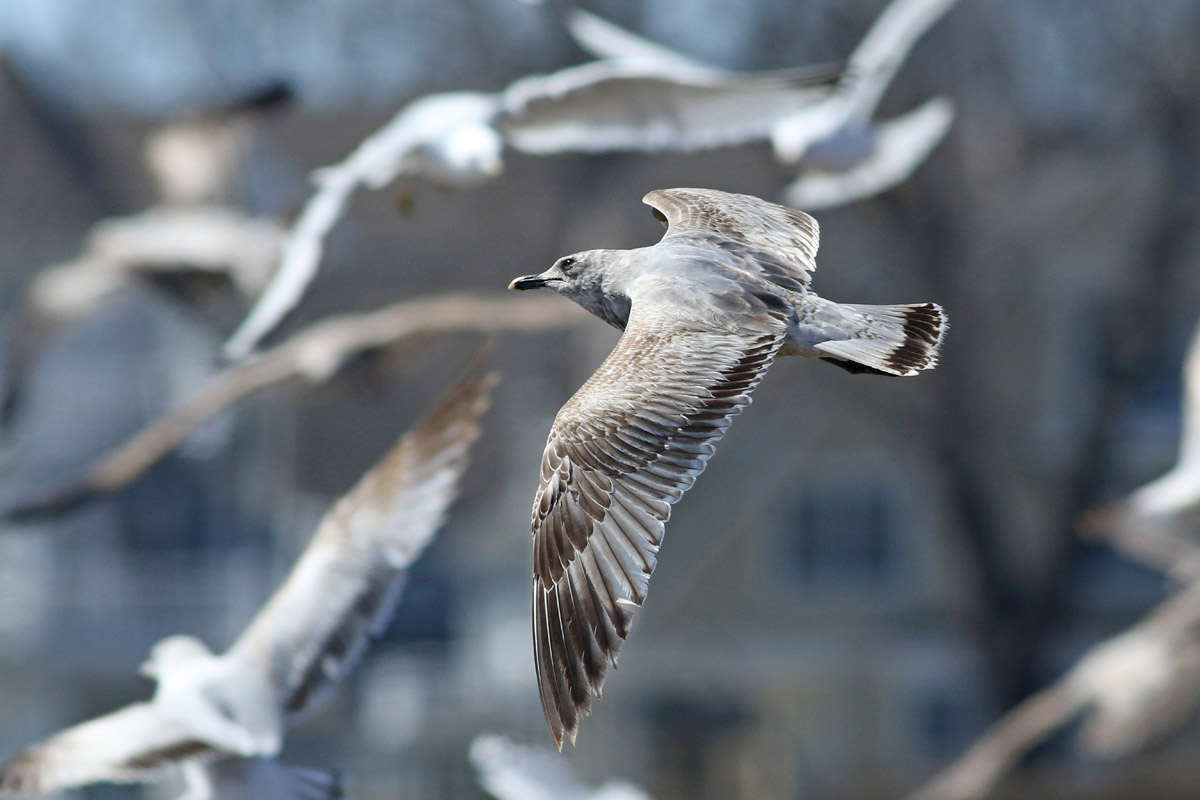 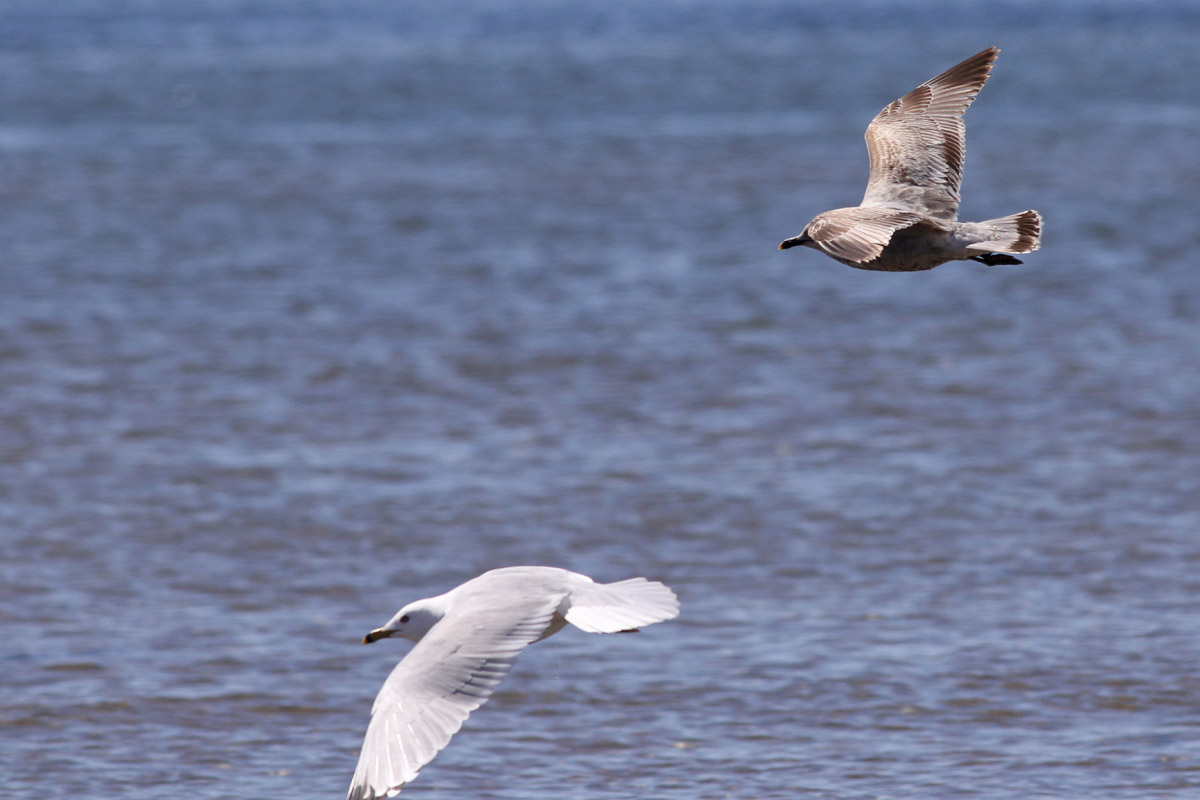 Next, the leucistic one. This bird is just as confusing to me, mostly because I'm having trouble ageing it. I first saw what I assume to be the same bird exactly two years ago, in early spring 2016, about a mile down the coast at Bradley Point. It was not cooperative on that frigid windy day, but I got a few record shots.

Early April 2016 (Bradley Point, West Haven):
Obviously the bird is overall pale with brown in primaries where black should be, and not at all an adult-like primary pattern. There is brown on the primary coverts and alula. Still, note all the adult-like features: eye color, bill color and pattern, leg color, white tail. 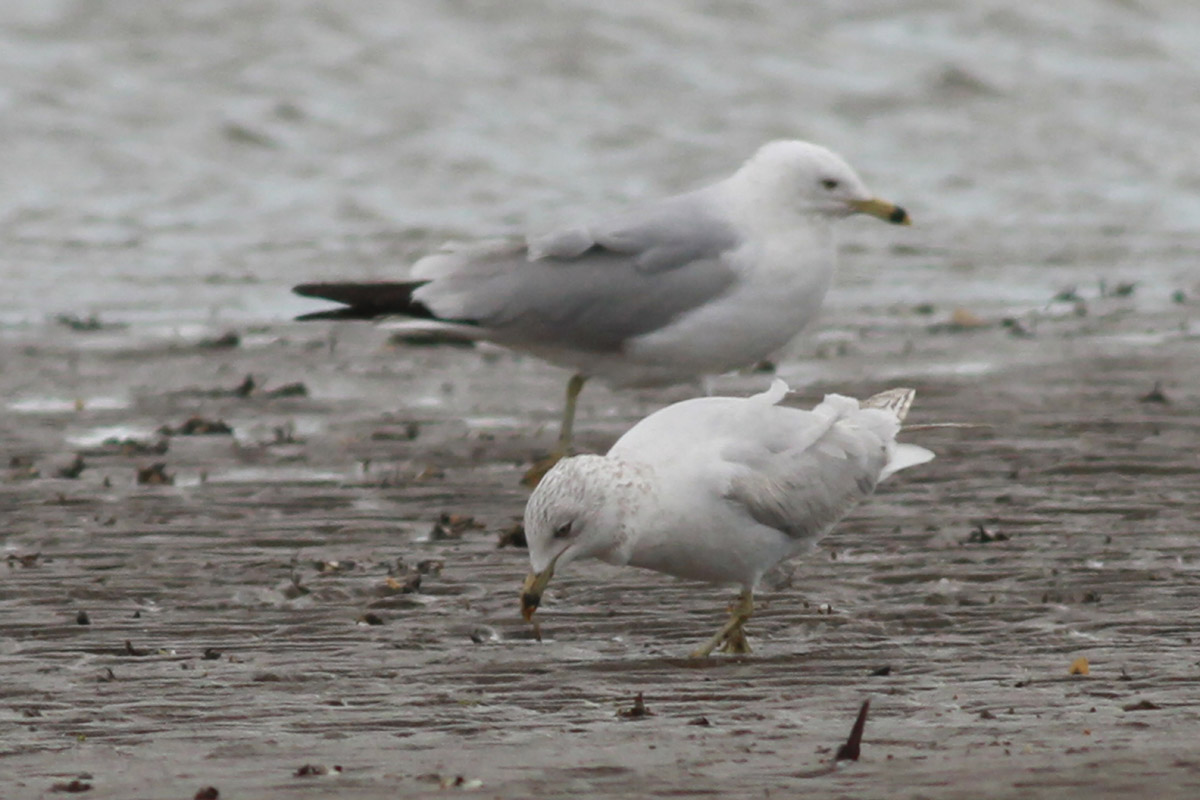 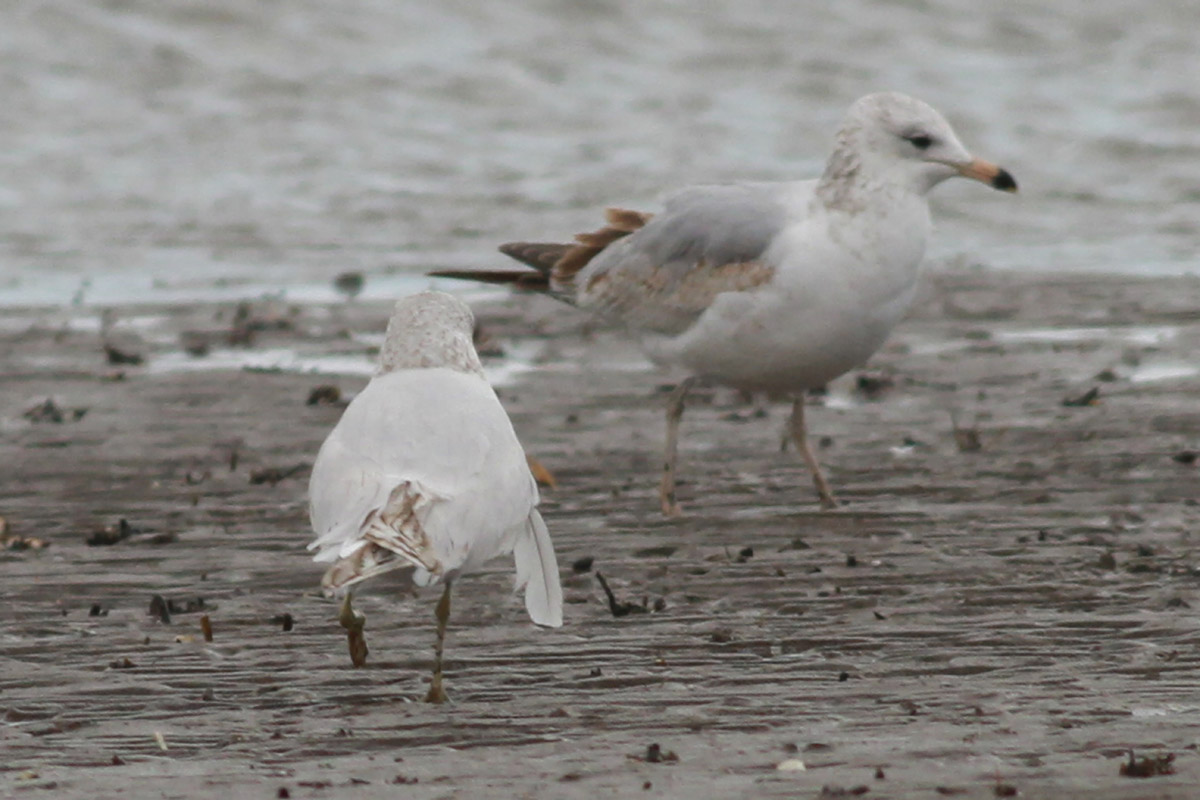 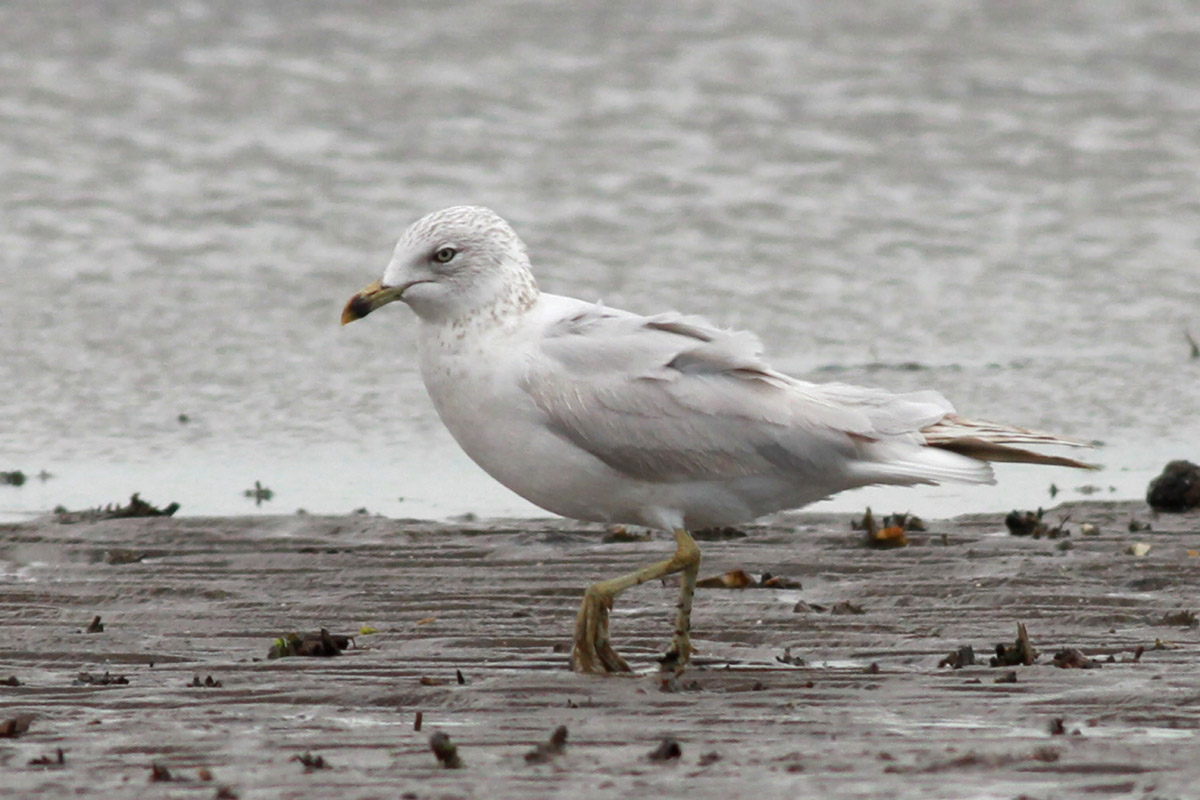 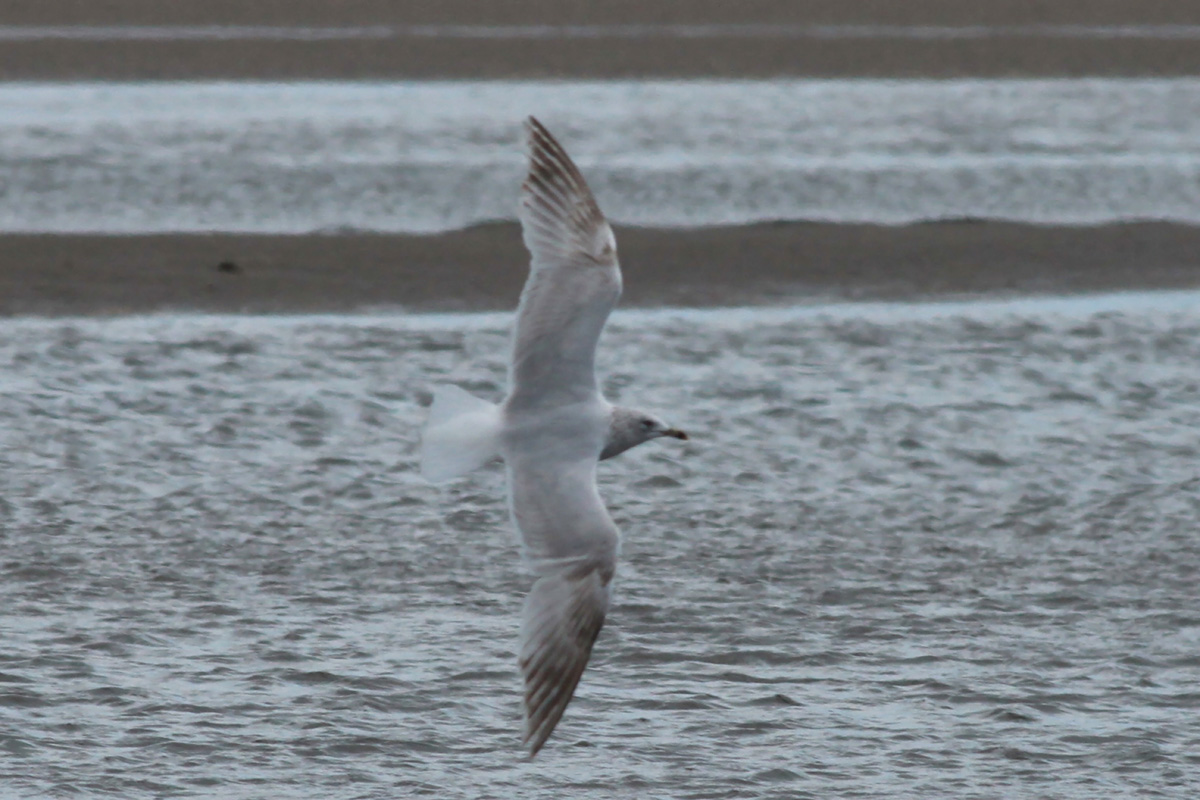 I didn't notice it last year, but have seen it twice over the past month. First at the same spot as the original sighting (Bradley Point), and then again today at nearby Oyster River.

March 17, 2018 (Bradley Point, West Haven):
This year, the bird has a more advanced primary pattern, but still not adult-like, including retaining brown on the primary coverts. Strange. If it wasn't a full adult two years ago, it sure should be by now... 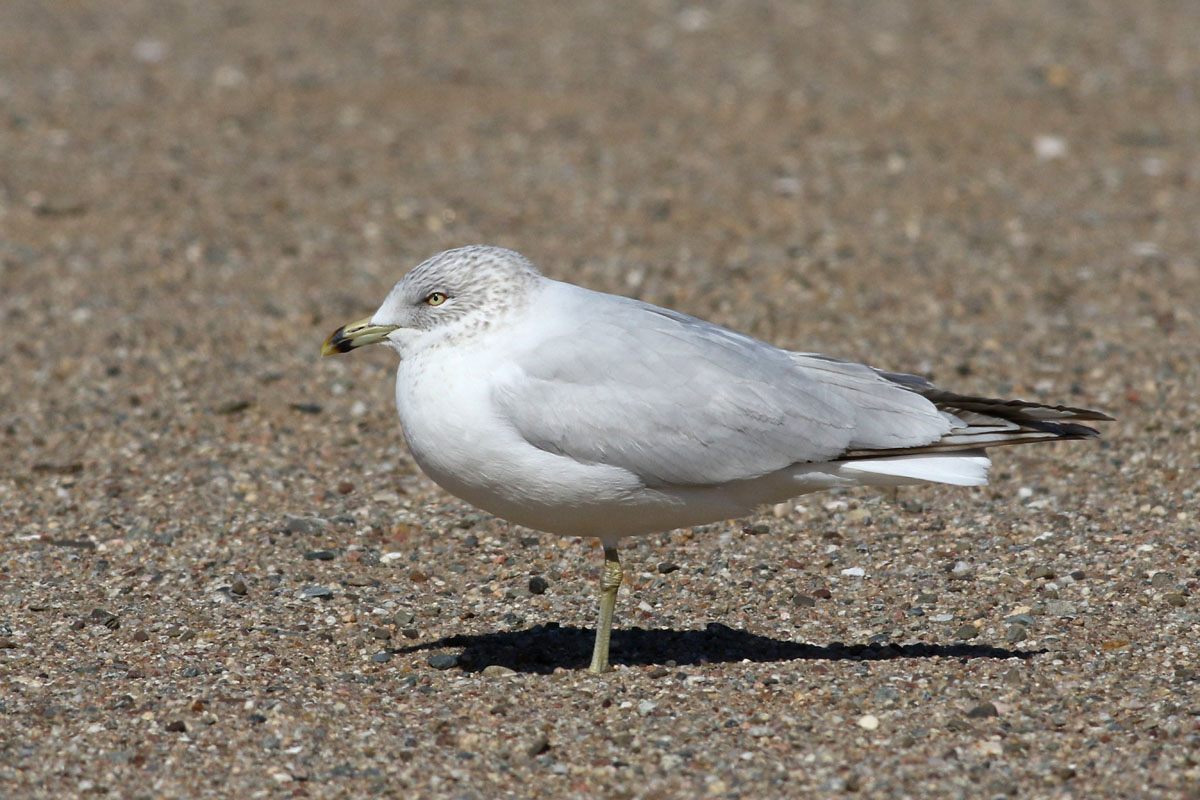 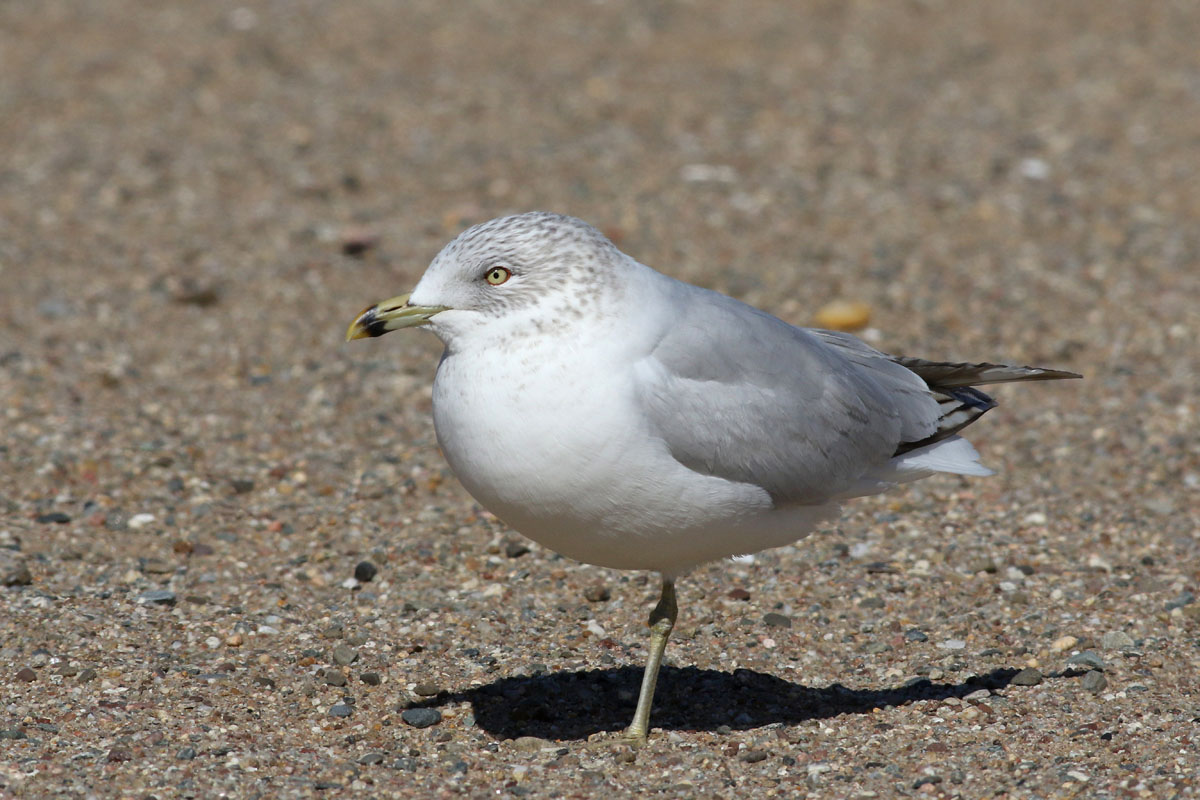 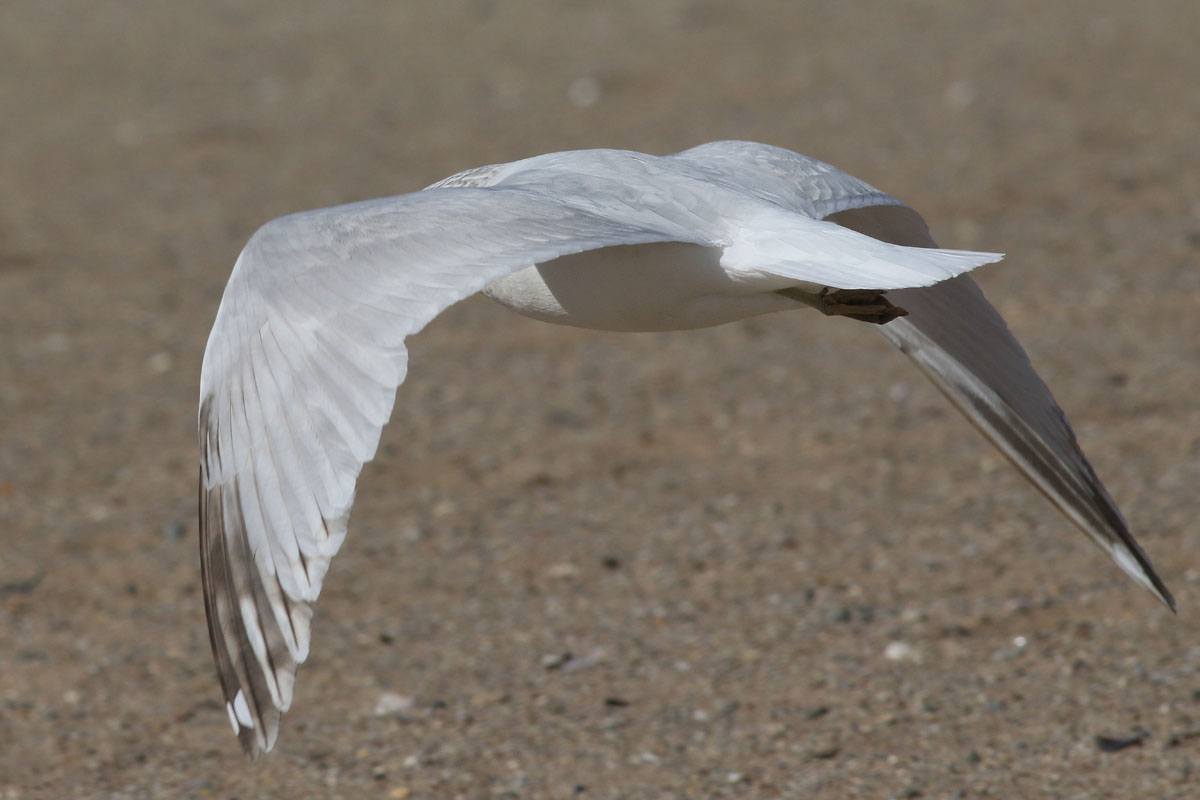 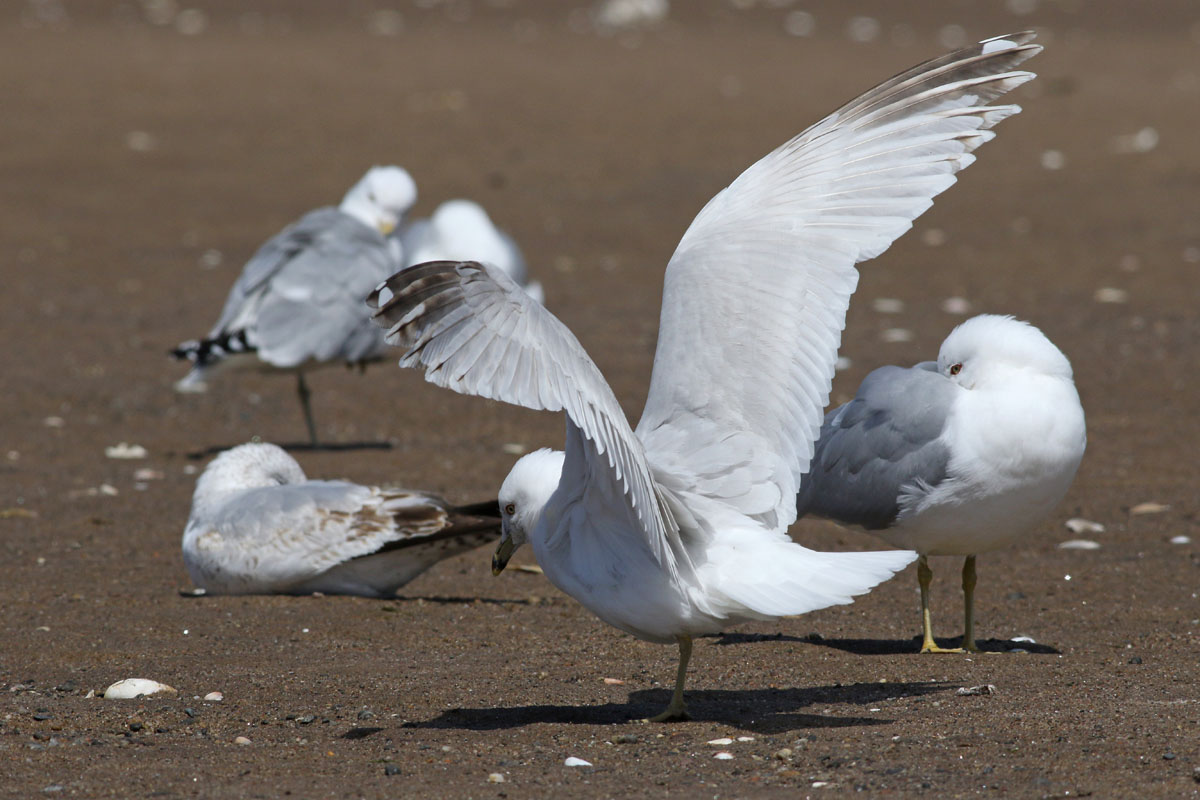 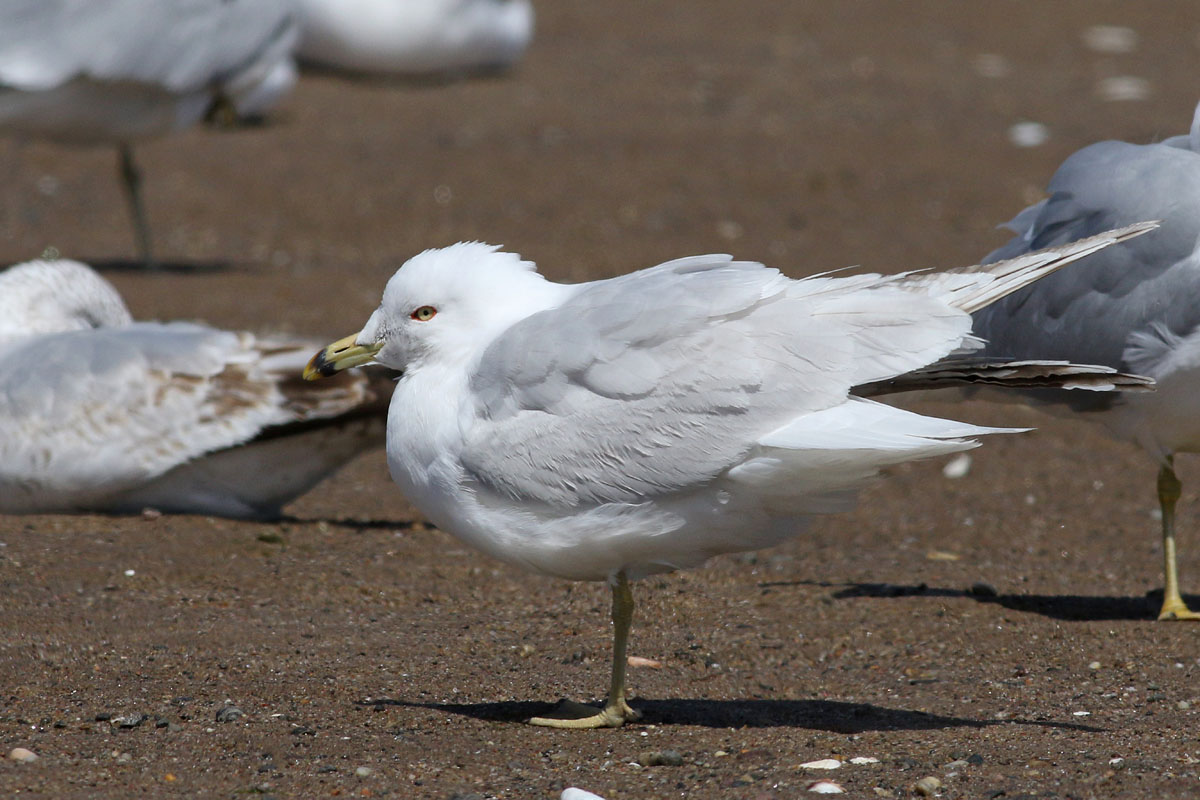 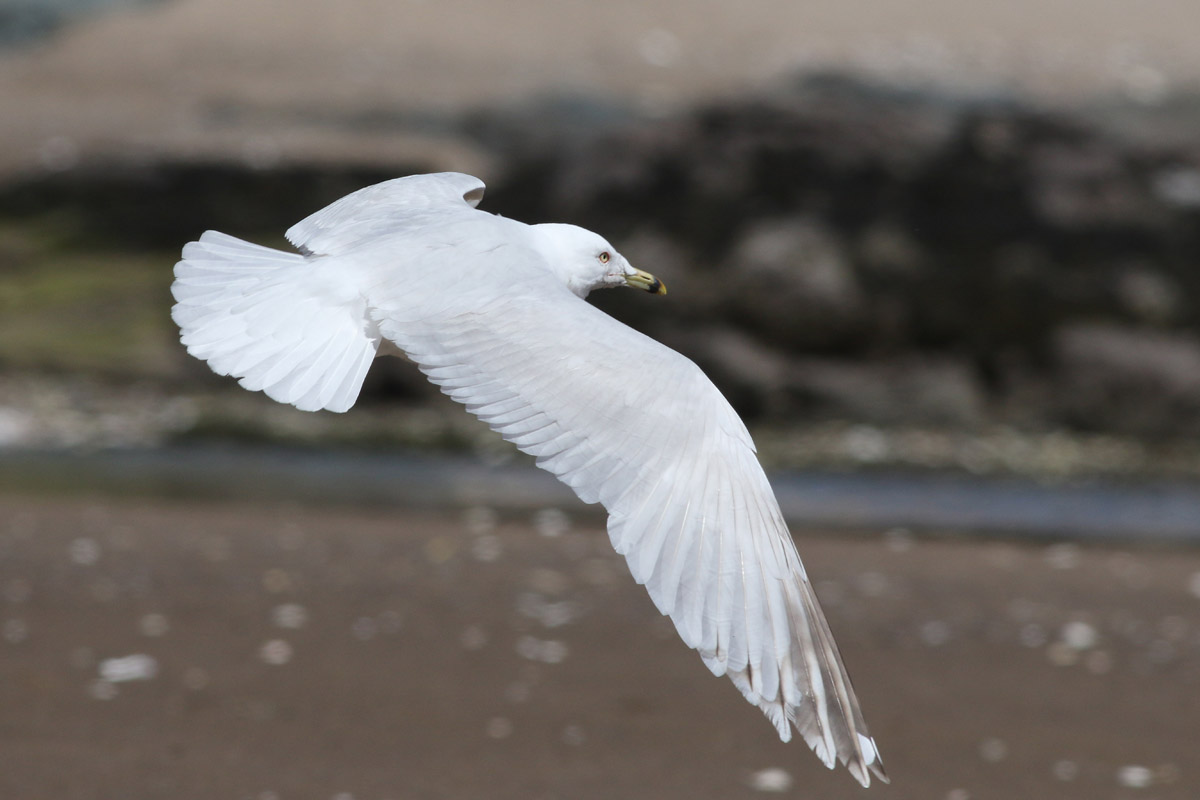 This RBGU was leg-banded. Read in the field and reported. Funky left eye on this bird, at which I didn't take a second look since I was focused on others at the time.

A first cycle LESSER BLACK-BACKED GULL was in the group. A hefty individual. 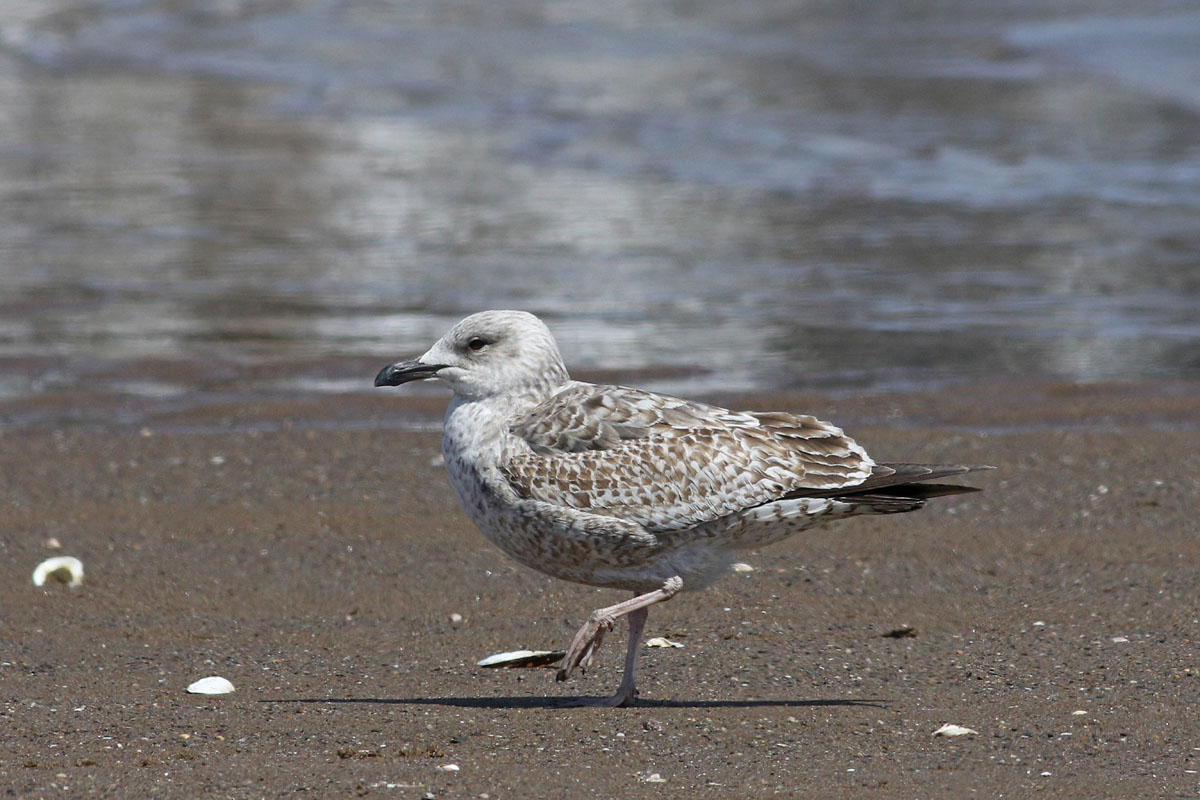 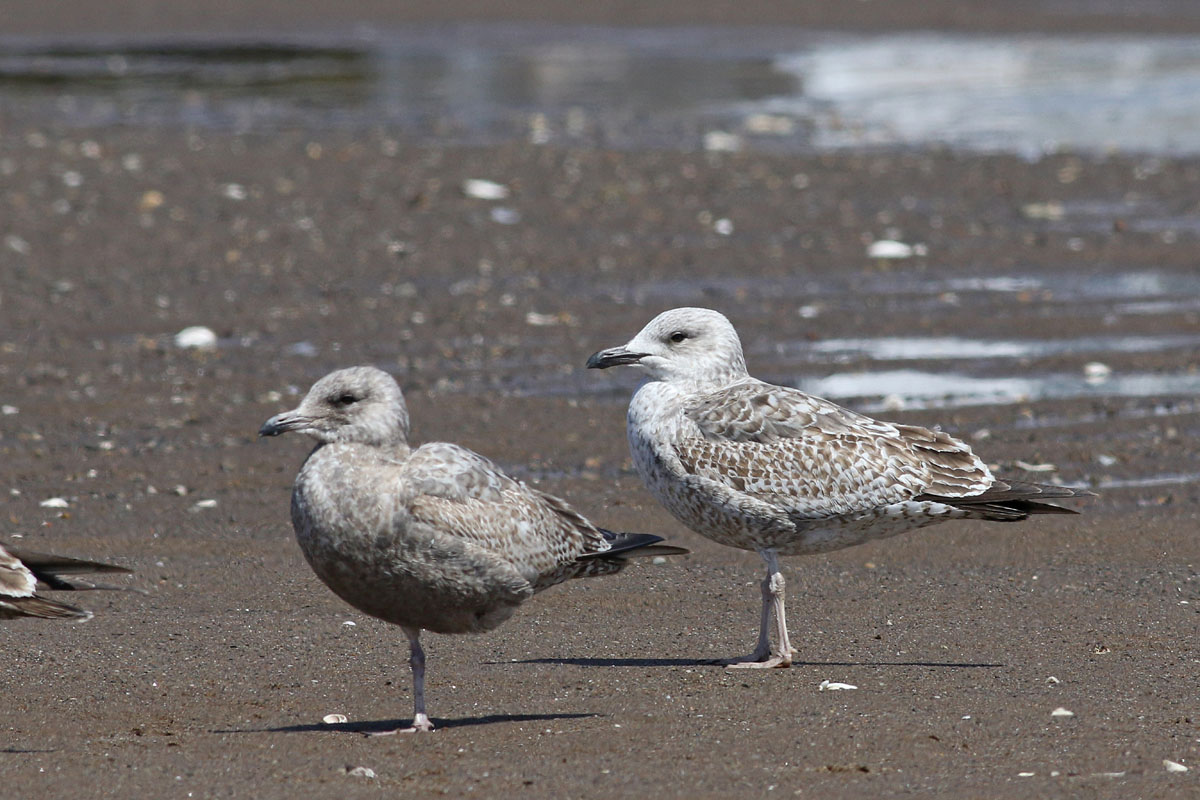 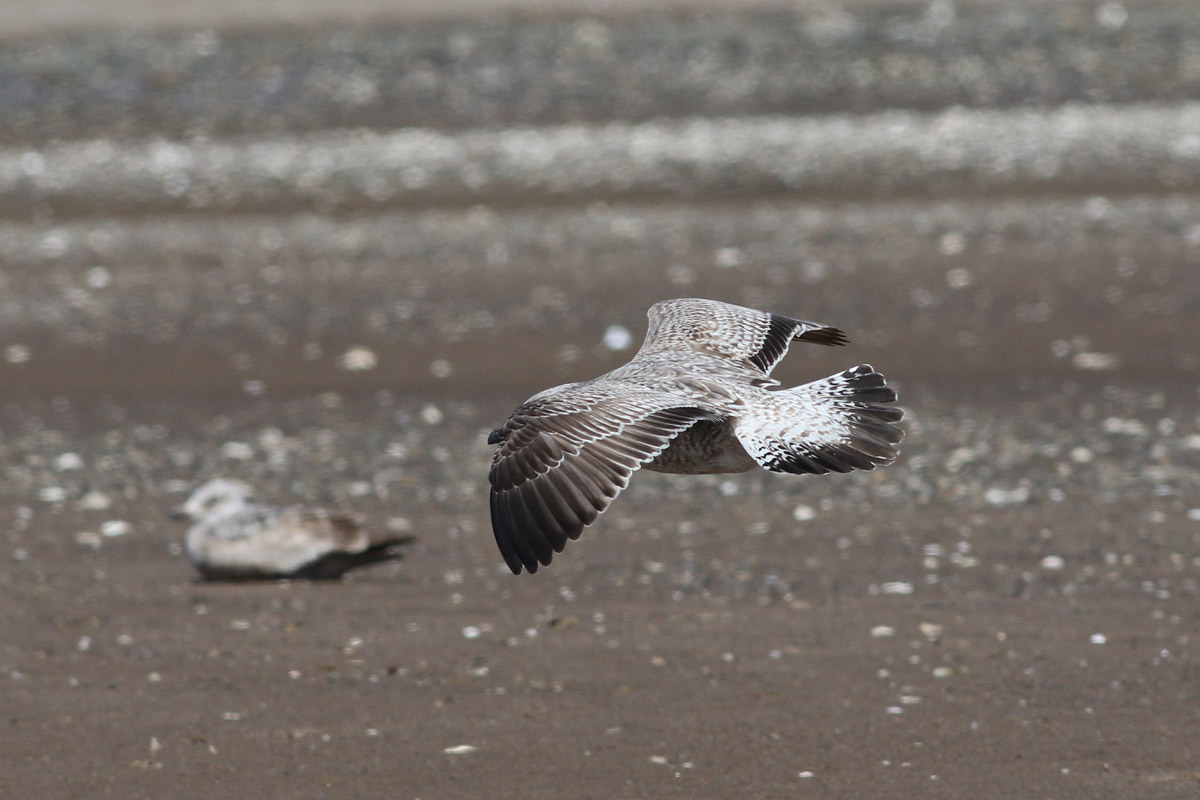 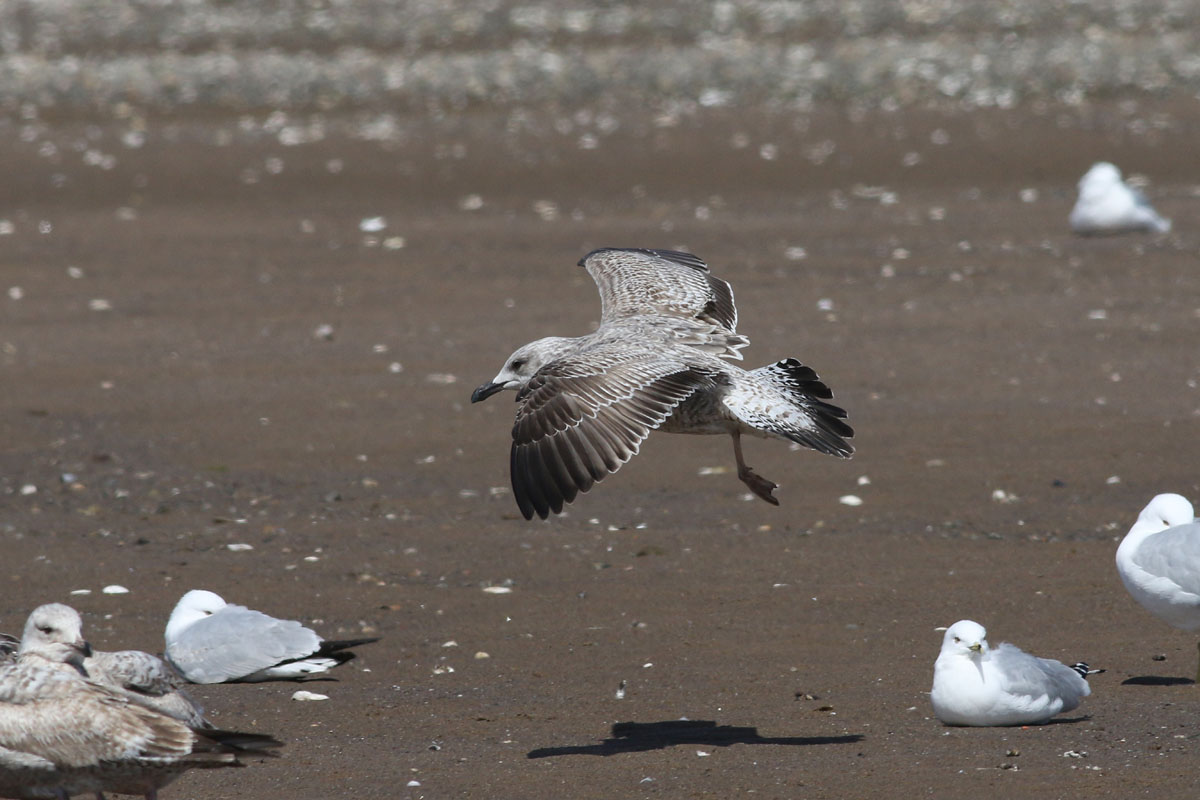 A rather white first cycle "Kumlien's" ICELAND GULL made an appearance; this is what the overwhelming majority of local first cycle Iceland Gulls look like by early April [=bleached].

This flock also held a few BONAPARTE'S GULLS, though not nearly as many as one would expect on this date. Six species plus a few oddities made this a pretty fascinating couple hours at this tiny "river" mouth. Hardly surprising, though...I've personally seen a dozen gull species there. Oyster River is one of the premier gull-watching locations in the state, and it really tends to shine this time of year.