March 24, 2019
On March 20th, while scanning the scaup flock from the West Haven Boat Ramp, I noticed a hybrid Tufted Duck. Luckily there were no tense moments here - with the sun at my back, though the bird was distant, the dark gray (not black) back and short, blunt-ended tuft immediately declared this bird as a scaup hybrid and not a bona fide Tufted. While a pure TUDU would have been preferred, this is a life hybrid, and a cool one at that.

The bird was too far to document by handheld phone-scoping. I tried. As luck would have it, I put my boat in the water early this year, and it happened to be located in this very same harbor. I hopped on the boat and tried to approach the scaup flocks, a process that turned out more difficult than I had hoped. The flocks were flighty. I've gotten close to ducks in this boat before, but it usually takes finesse. These flocks, though, were especially spooky.

I eventually refound the bird among the scattered Greater Scaup flocks and got as close as I could (which was not very close at all). Still, record photos were obtained. 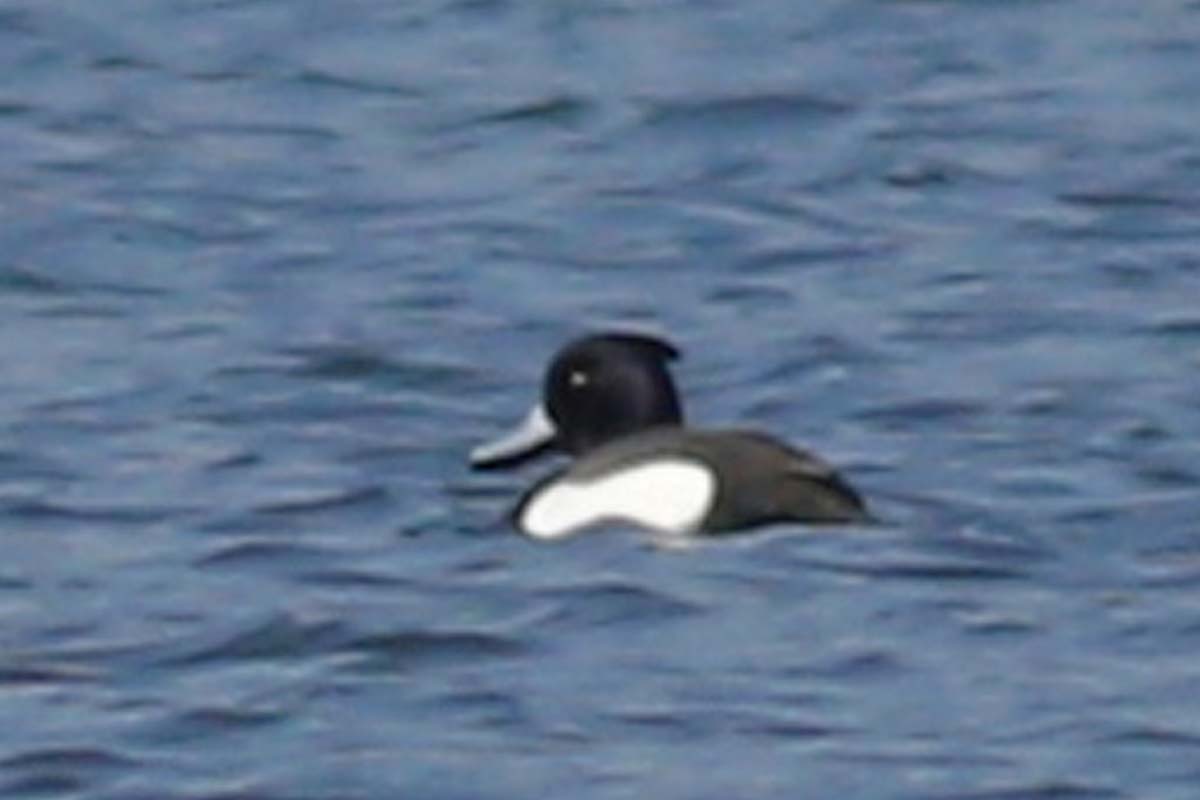 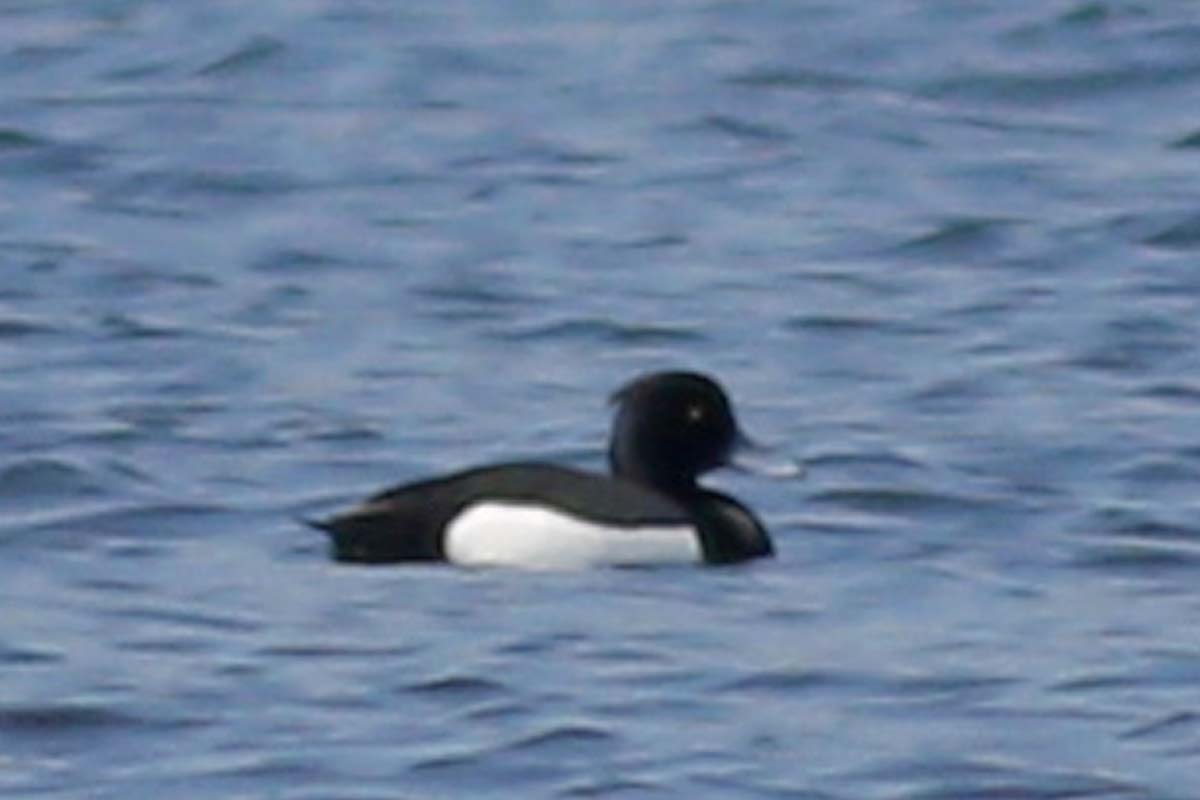 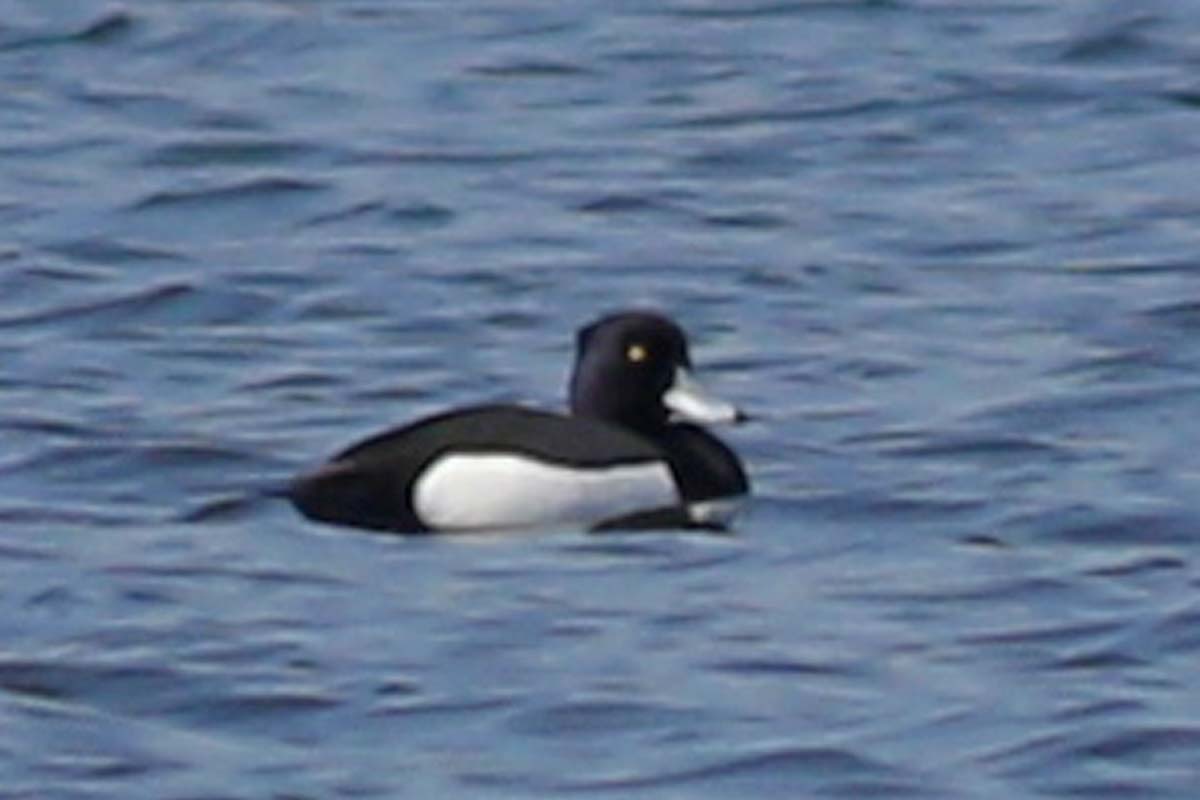 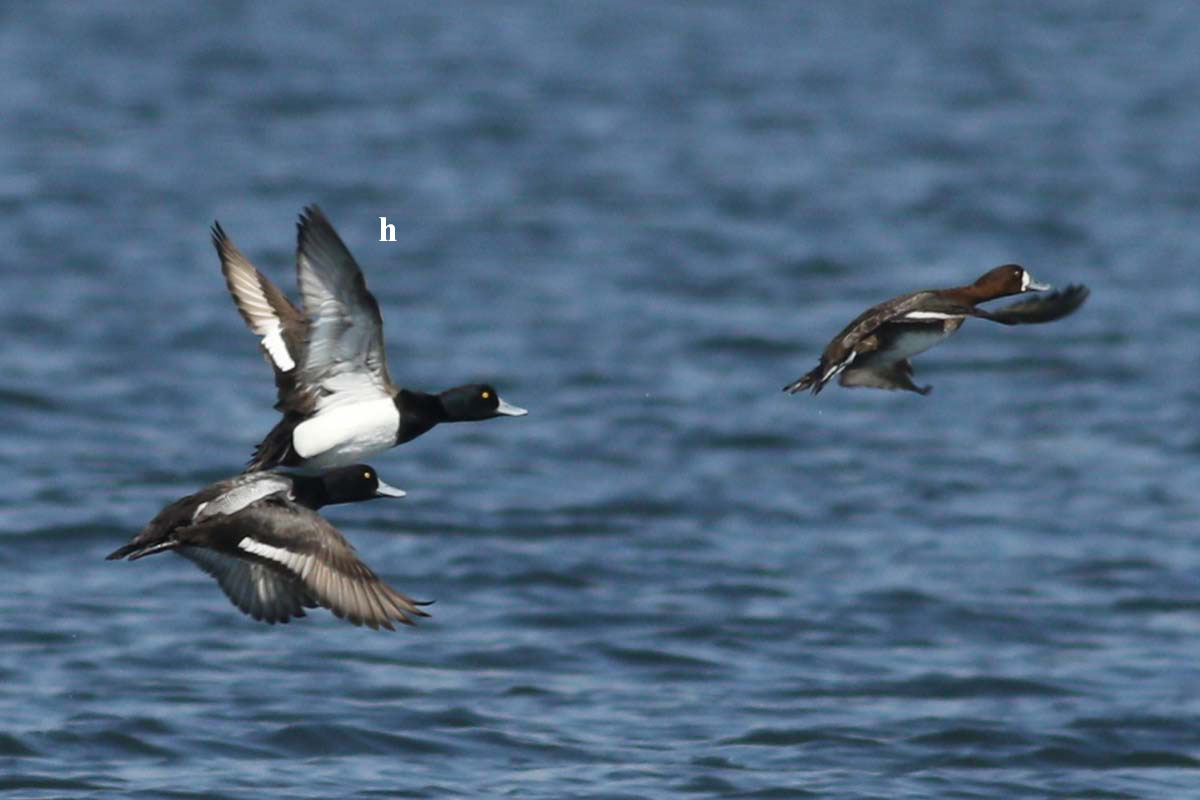 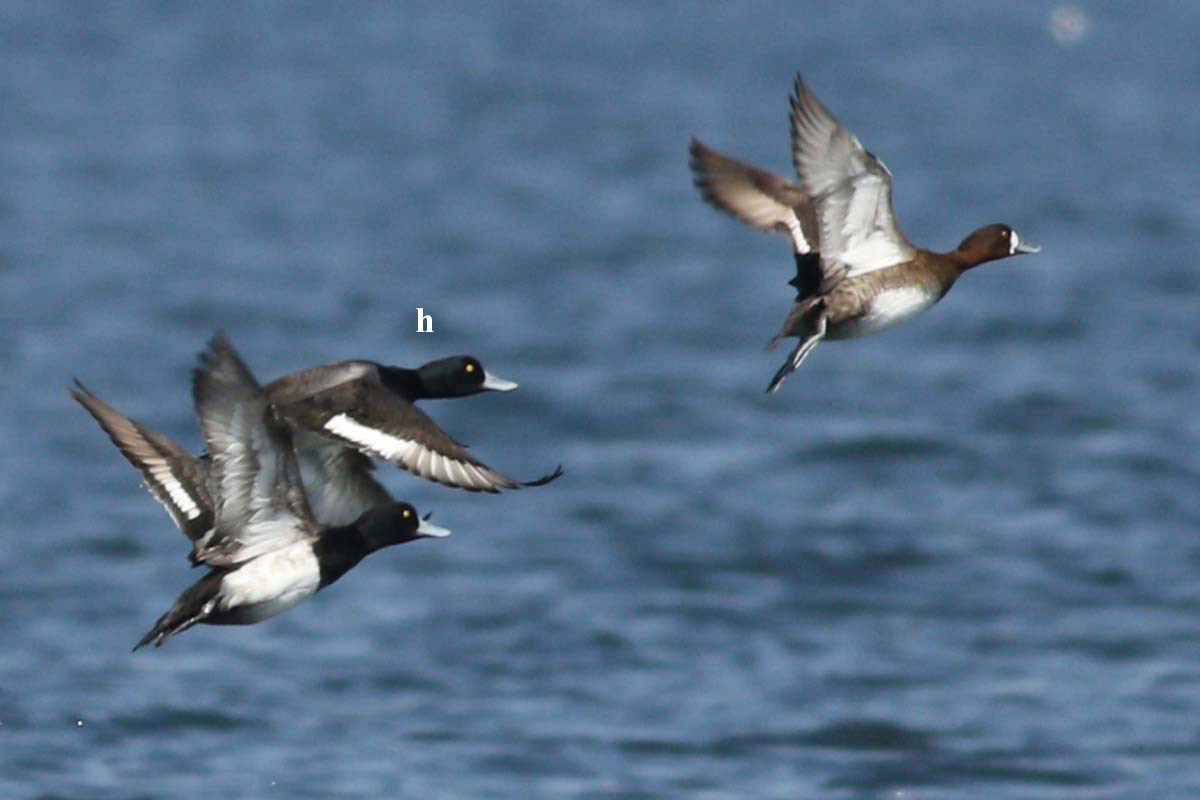 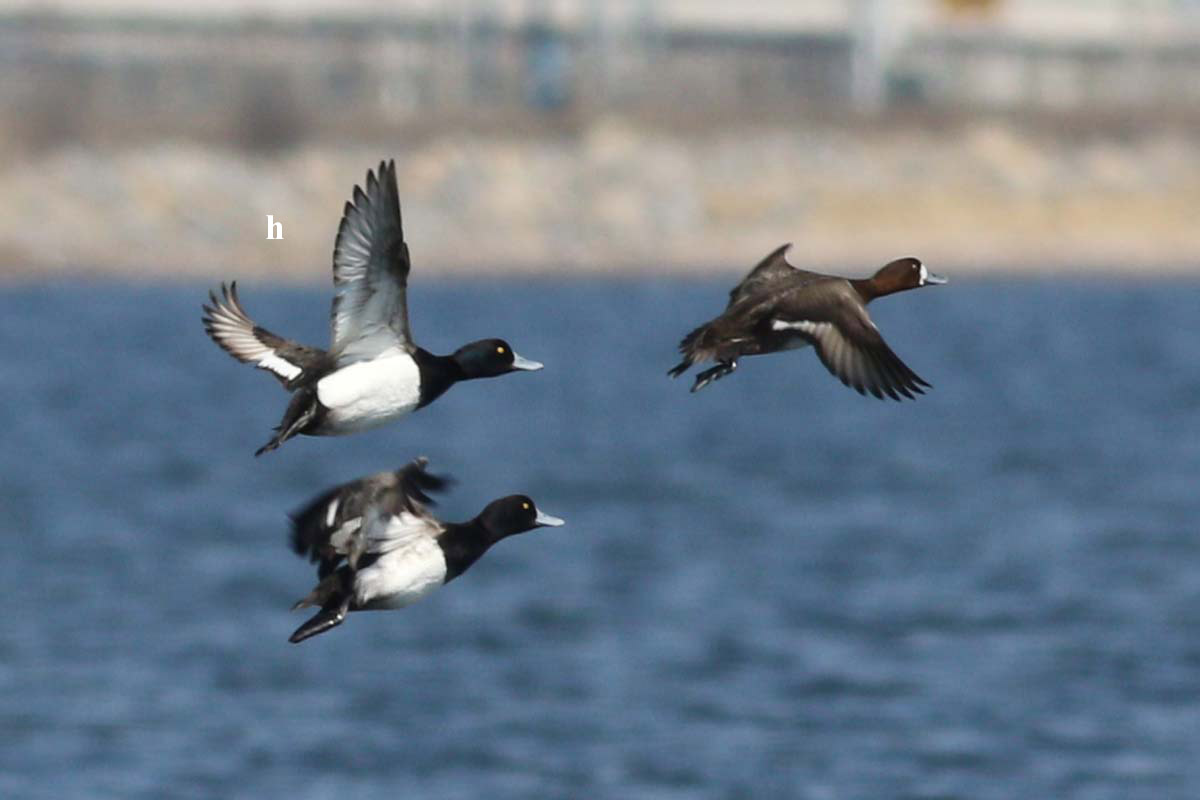 Separating scaup from each other can be difficult enough, so confidently assigning the scaup parent to species is a whole other level of difficulty. Comments are welcome, as always.