Parasitic Jaeger off the CT coast

September 10, 2019
Hurricane Dorian ever so slightly (and quickly!) brushed southern New England on Sep 6-7. Not surprisingly, it didn't pack much rarity punch here. Still, some southern terns were deposited to Atlantic Canada and could conceivably pass through as they reorient. This possibility added a bit of extra motivation to bird the CT coast by boat sometime this week. Today was my first chance to do so, as I've been busy at work.
I left New Haven Harbor around 8:30am and headed east. The forecast was iffy in that there was a chance a swell could kick up from the east, in which case I would have to abort. Luckily that never happened, and I was able to cover way more ground that I had expected...all the way to the Rhode Island line and back.
Immediately evident was the departure of terns from New Haven Harbor. The theme continued to Falkner Island, where five early GREAT CORMORANTS were roosting. In fact, I didn't see a tern until I hit Madison on the outbound leg of the journey. I ran the middle of the sound, staying on the CT side, all the way to the "ferry lanes" near The Race. It was dead.
From there I angled back inshore, entered Fishers Island Sound, and went east all the way to Stonington and the RI line. There wasn't much happening here, either.
On the return leg I ran inshore, sticking pretty close to the coast, checking harbors, breakwaters, islands and jetties. Terns began to show off East Lyme, and they were present on and off westward to Clinton. The greatest concentration was between Old Saybrook and Clinton. COMMON TERNS were dominant except at the mouth of the Connecticut River, where a count of 74 FORSTER'S TERNS was notable. The lower CT River definitely holds the state's highest density of Forster's.
Just west of Cornfield Point I spotted a jaeger pursuing a Laughing Gull in the vicinity of a feeding tern flock. Speeding closer, binocular views revealed it to be a PARASITIC JAEGER, by far the least rare jaeger species in CT. It was a crisp juvenile with warm buff fringes to dark chocolate-brown feathers. I watched this bird terrorize terns and gulls for a little while before it settled on the water. 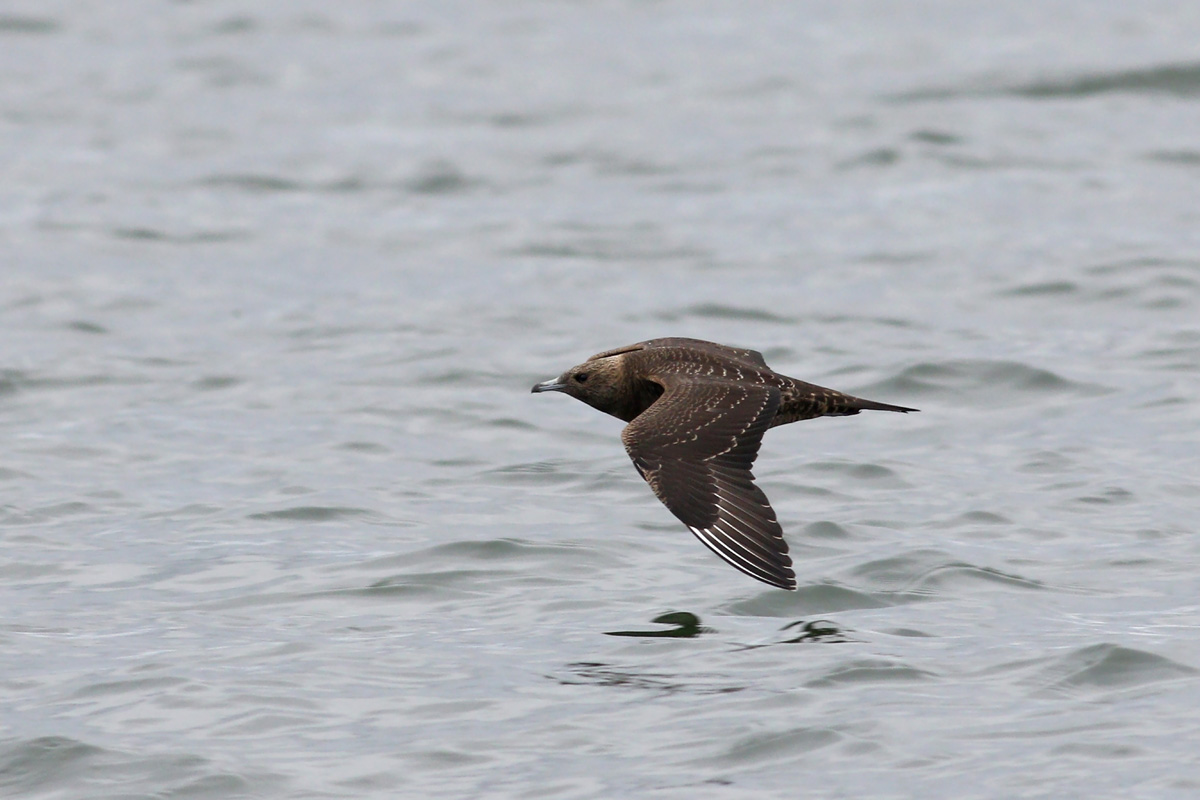 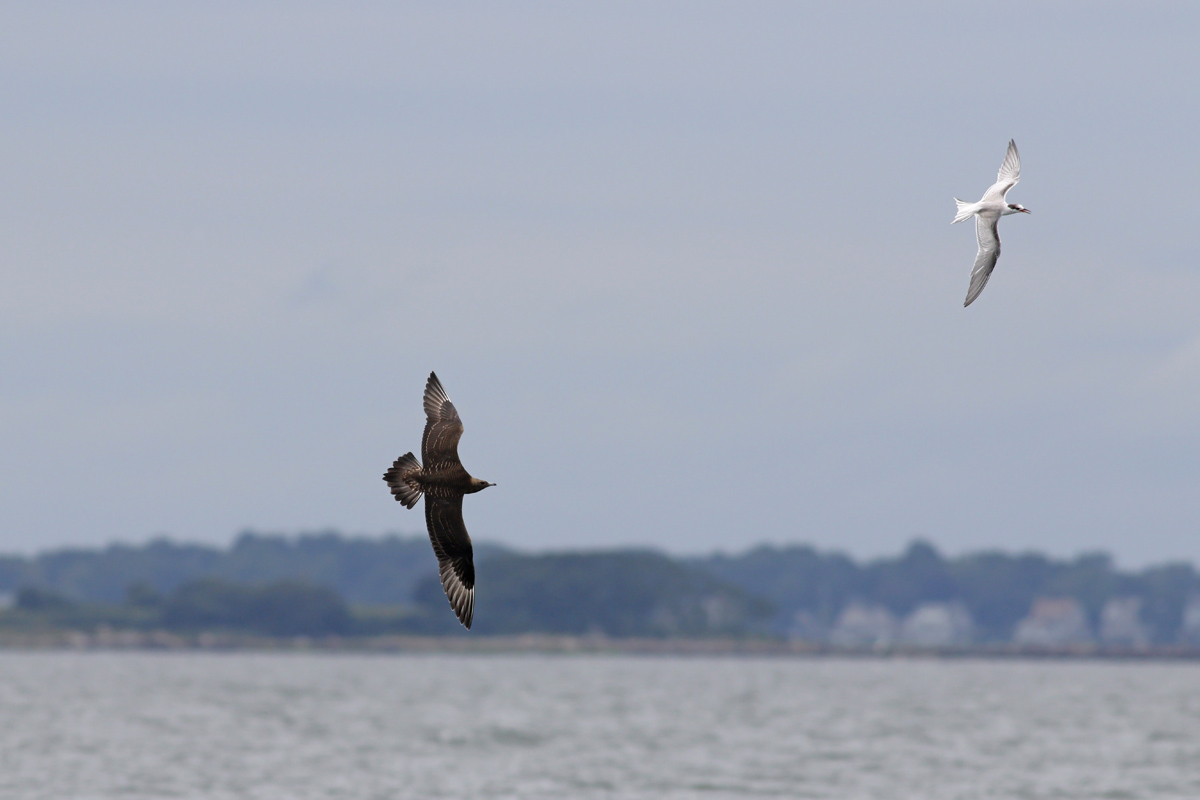 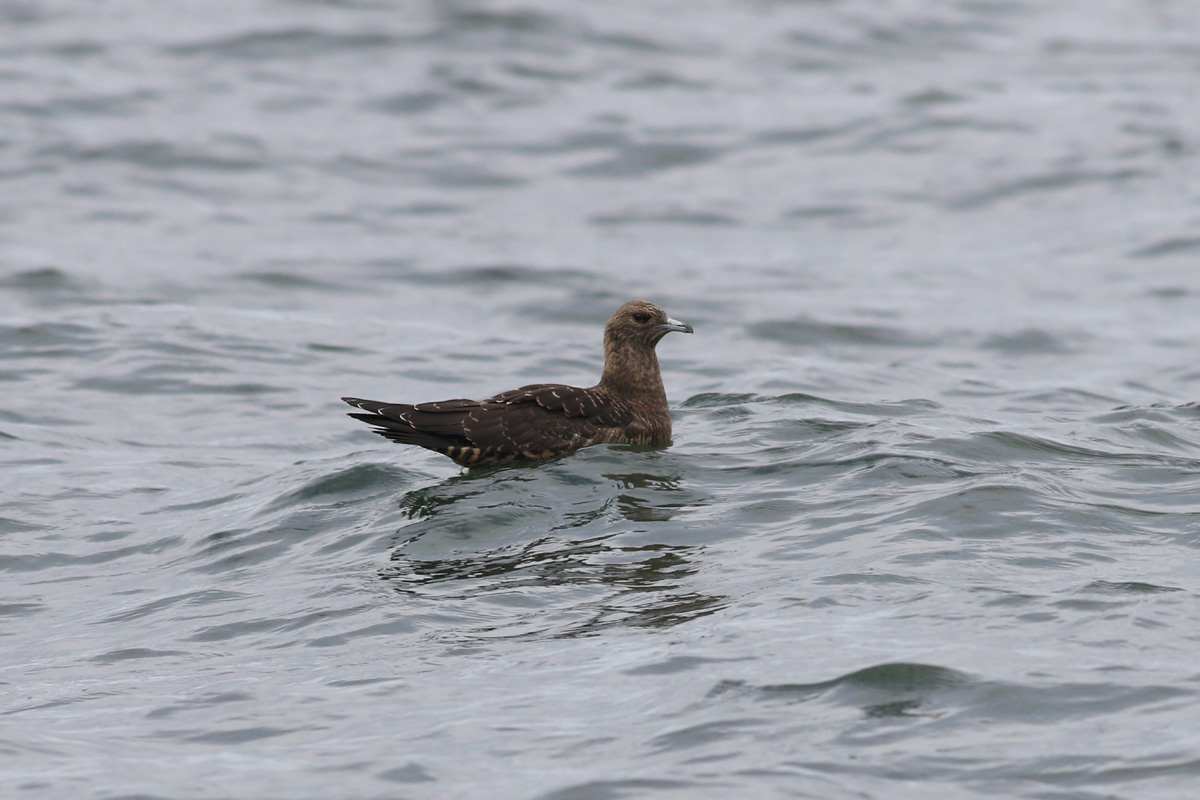 Later this afternoon, Old Saybrook residents and old friends John & Anders Ogren were able to successfully chase the bird from their boat.
Any encounter with a jaeger in CT waters is an exciting event, but being able to get up close and personal via boat is a rare treat.
- NB