While gulling in the Hartford area this afternoon I noticed a hefty adult Iceland Gull flying in - or so I thought. A closer look at the perched bird and I quickly realized that this was actually a hybrid Glaucous x Herring Gull, a bird I don't often see around here, especially of this age.

What jumped out first, other than the sturdy structure of the bird, was its staring pale lemon yellow eye. Scope views confirmed that there was not a single dark fleck to the iris, which is something that you'd expect to see in our "Kumlien's" Iceland Gulls. The orbital ring was yellow-orange, not reddish. The fine streaking on the crown and nape was not typical for Iceland Gull either, which usually shows a blurry/smoky pattern. 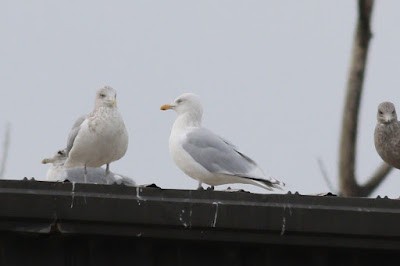 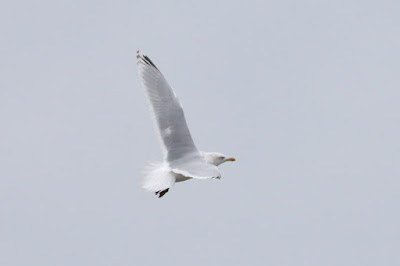 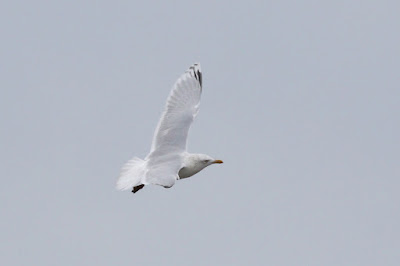