James P. Smith and I teamed up for a midweek day trip, this time to the Outer Cape. Nothing earth-shattering to report, but we were able to relocated an adult PACIFIC LOON among the throngs of Red-throats at Race Point. 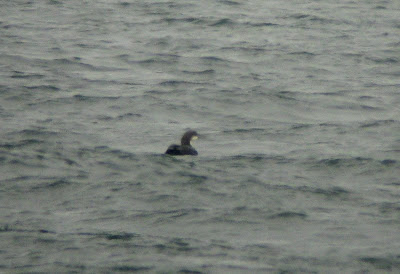 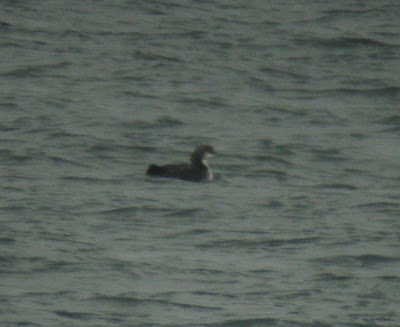 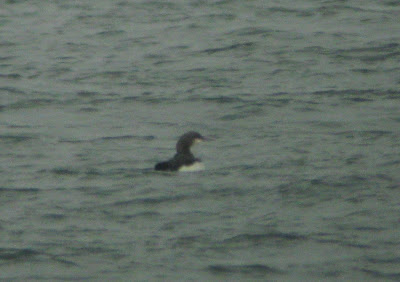 adult Pacific Loon
Alcids also put on a good show...not in numbers, but in quality views. In addition to the hundreds of Razorbills, we had 5 COMMON MURRES (all solitary basic-plumaged birds sitting on the water) and a fantastic prolonged view of a passing THICK-BILLED MURRE with the sun at our backs. 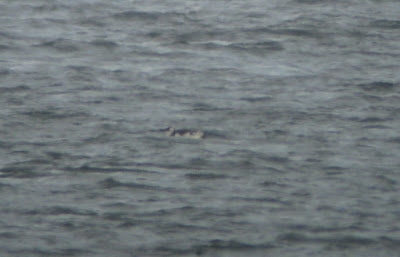 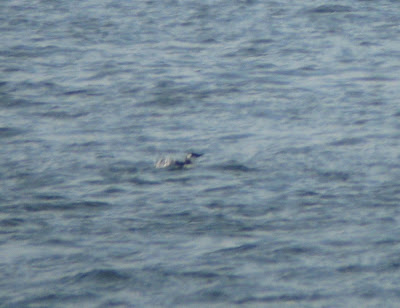 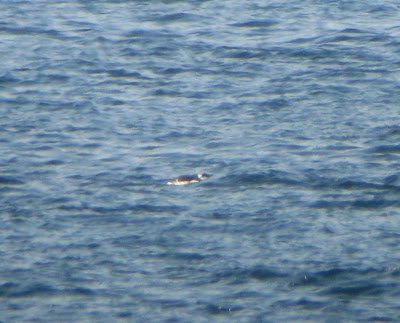 Common Murre 2 of 5
We spent a fair amount of time on gulls. This adult Glaucous Gull was really nice. 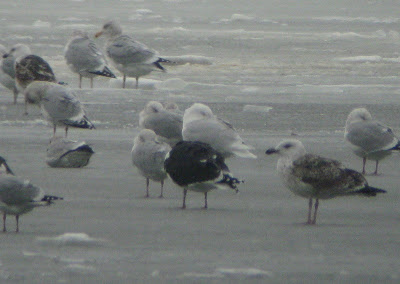 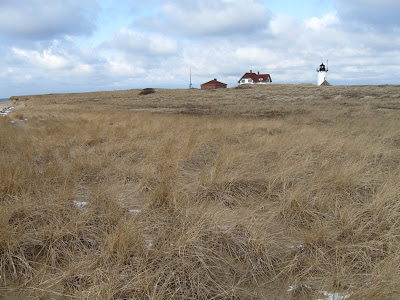 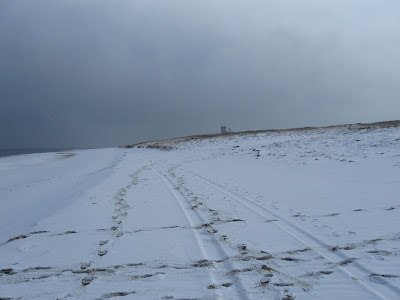 Race Point Beach as the weather begins to break
We came across the following [presumed] seal tracks. They led from the water's edge up to the edge of the dunes, where the seal apparently seated itself for a while before returning back to the ocean. 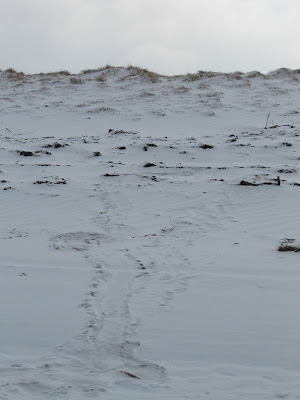 Looking up the beach's slope toward the dunes, one could see the snow-covered seal tracks leading up to the right...then much fresher tracks coming back down to the left. 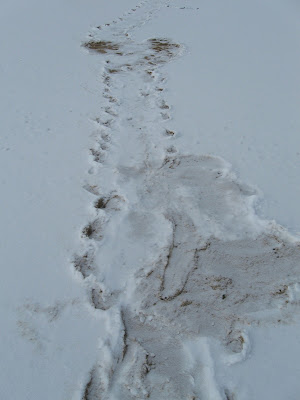