June 04, 2010
Yesterday evening's obligations brought me to the Milford area, so I spent a few hours birding various shoreline spots from Stratford to Milford to West Haven, CT. Weather was hot and humid, with a 15-minute strong t-storm that blew through the region. Shorebird numbers were quite good overall; 14 species were tallied. 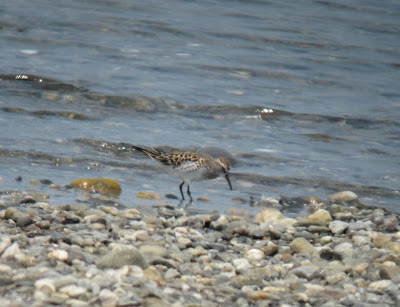 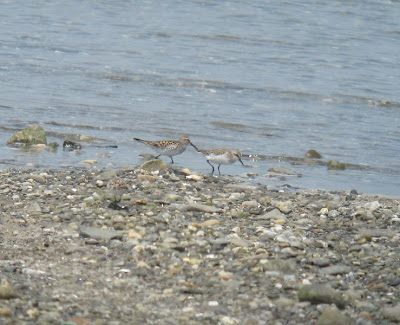 Milford Point had very good numbers of some species...600 Semipalmated Sandpipers was a nice tally. Here were 4 more WHITE-RUMPED SANDPIPERS, but the real highlight was a small flock of 6 RED KNOT. 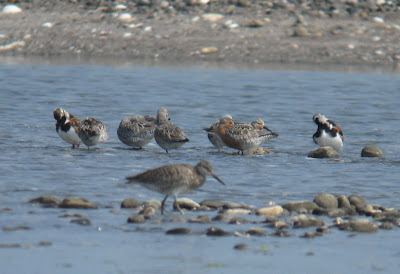 Six Red Knot, two Ruddy Turnstones, and an Eastern Willet in the foreground 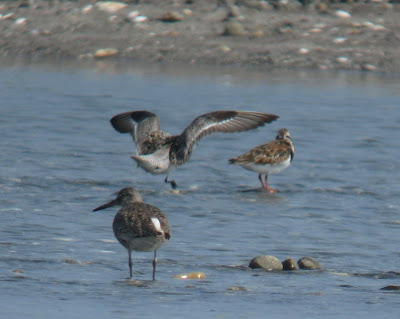 As the tide came in, the roosting birds were forced to retreat. Here a Red Knot raises its wings as it hops from one stone to another.

Later, at Sandy Pt in West Haven, the tern colony was alive and well. There were a minimum of 60 Least Terns coming and going, plus a couple pairs of Common Terns. Still no sign of Black Skimmers though...they are irregular nesters here. 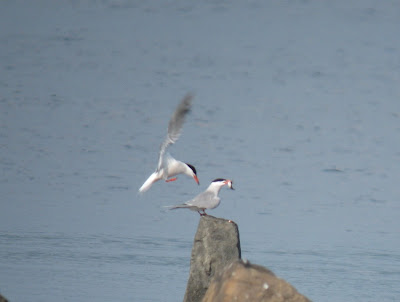 Common Terns. The flying bird arrived with food, which it passed to the perched bird without landing.