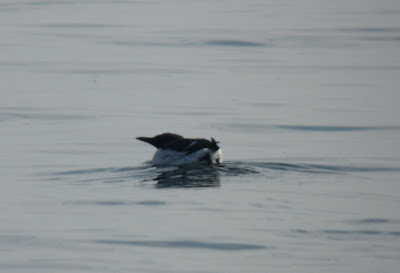 Congrats to the Newington Adult Ed class on another great find, this time Connecticut's first COMMON MURRE. A looong overdue species in the state, Common Murre had gone undetected despite being relatively common in recent winters in nearby RI and NY waters. In fact, they are apparently common as close as 40 miles from the CT border! This adult bird, in alternate plumage (typical for this species in late January), wandered into LI Sound long enough to be found and even chased by many birders as it slowly paddled its way eastward along the coast. 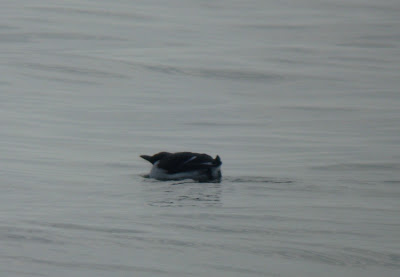 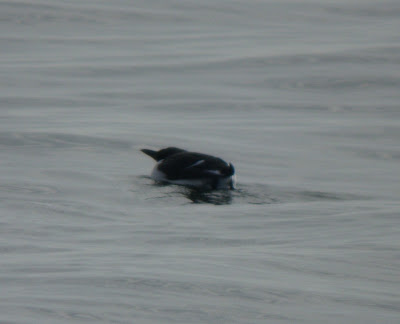 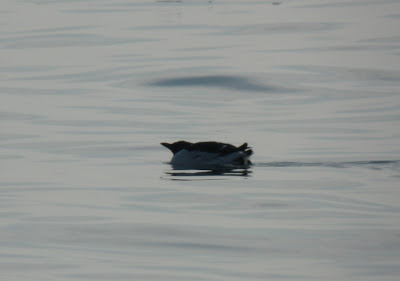 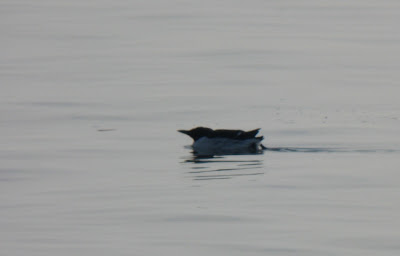 As we were watching the murre from the Moraine Trail, a Short-eared Owl appeared seemingly out of nowhere right over the murre before drifting towards the marsh behind us. 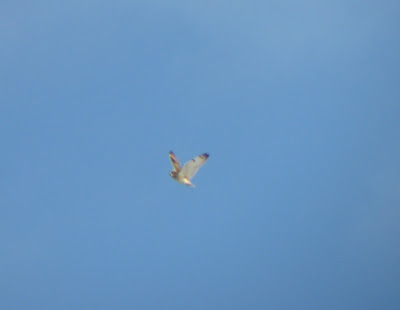 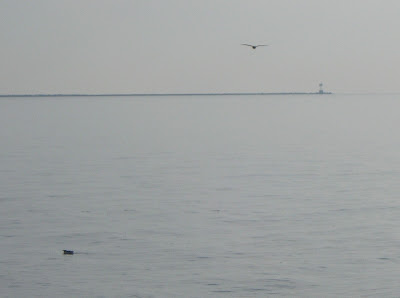 Just how expected (or unexpected) was Common Murre in CT? When I wrote the "Next 15 Birds" article for the Connecticut Warbler a couple years ago, it placed #12 on the list. Here is an excerpt from that article:

This ranking comes as a bit of a shock. I had Common Murre pegged for a top 5 vote-getter, yet only three birders included it on their lists! Of the species not yet on the Connecticut state list, no other migratory bird’s normal range comes closer. How close, you ask? Try a mere 40 miles! For example, mid-winter fishing boats out of Rhode Island regularly tally double-digit numbers. (Carlos Pedro and Scott Tsagarakis, pers.comm.).
Perhaps the most promising news comes from the north shore of Massachusetts, where Common Murre has undergone a drastic increase. Prior to 1998, the state’s maximum tally was of merely eight birds. A few double-digit counts were recorded in 1999. (Marjorie Rines, Pers.comm.). Then on December 12, 2002, Richard Heil recorded 420 Common Murres from Andrew’s Point in Rockport. Since then numbers have remained high, with two counts of 200+ and several over 25 from this location. (Richard Heil, pers.comm.).
Numbers have also increased slightly from Cape Cod seawatches. (Blair Nikula, pers.comm.). A New York pelagic in February 2008 produced 49 murres, a new state high. A trend seems to be developing.
So why did ten voters decide to exclude Common Murre from their lists? A vicious cycle is at work here. First of all, only a handful of people regularly watch Long Island Sound during winter coastal storms, which is when this species is most likely to be seen from land. Pelagic birds of any kind are of relatively rare occurrence in the state, so very few people put the time and effort into looking for them. With few observers weathering these storms, even in eastern Connecticut, many of the seabirds that do occur are probably never seen by birders. With our lack of “Sound-watching” and winter boating, I can see why several voters found 10+ species more likely to be seen and documented in Connecticut. Still, you’d think one would wash up on a beach somewhere…"

Since writing that article I've had conversations with a few of the folks who did not vote for Common Murre, and it turns out that at least one or two of them did not realize the species wasn't on the official CT State List. So, perhaps if those couple folks had done their homework (naughty naughty!), it would have appeared higher than #12.
- Nick