February 26, 2011
Feb 14 - Due to plans with friends and my conference for work, I wasn't able to sneak out birding until Valentine's Day in the form of a whale watch. The highlight was a southbound pair of GRAY WHALES, the expected whale species here at this time of year. We were also surrounded by several dozen Common Dolphin at one point which, as usual, could not help bow-riding for a while. Avian highlights included 6 Rhinoceros Auklets, a Common Murre, and an adult Parasitic Jaeger. 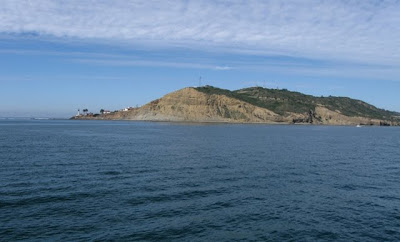 Point Loma/Cabrillo Monument from the boat
Feb 15 - The next afternoon I took a quick walk through part of the Torrey Pines State Park which yielded expected California passerines such as Western Scrub-Jay, Bushtit, Wrentit, CA Thrasher, CA Towhee, and Brewer's Blackbirds. Anna's Hummingbirds were buzzing all around us. 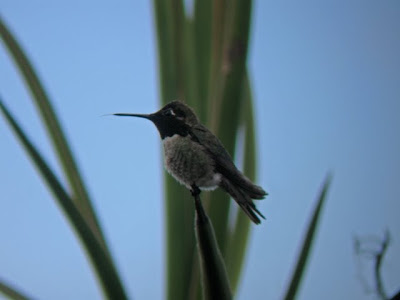 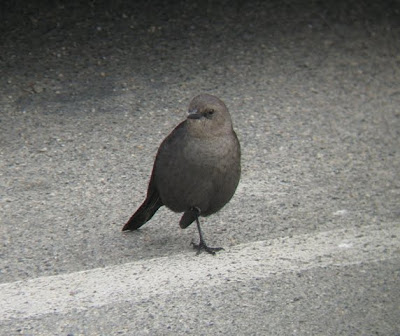 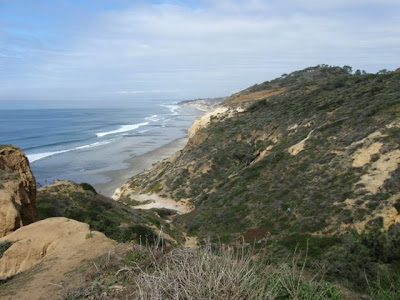 Torrey Pines (not the golf course...)
Feb 16 - On the 16th I awoke to overcast skies and light rain, which made sitting through lectures at the conference much more tolerable that day. The skies briefly cleared in the late afternoon which allowed for my real birding to begin. Surfbird was one of my big targets for this trip, but I expected to have to wait until I got to the LA area later in the week. Acting on a tip from another out-of-town birder, I checked out the jetty in front of the Hotel del Coronado. It didn't take long to locate a loose flock of ~10 SURFBIRDS feeding amongst the rocks with BLACK TURNSTONES. The birds were quite tame and seemed rather oblivious to the many hotel guests walking up and down the beach. 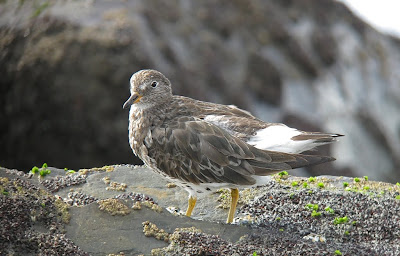 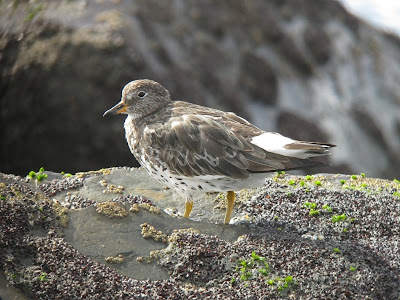 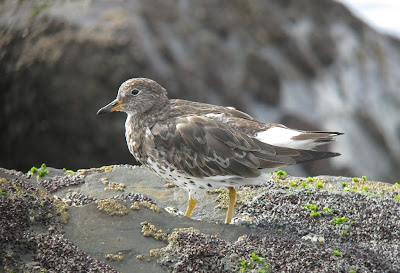 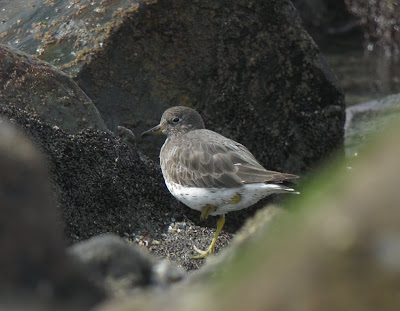 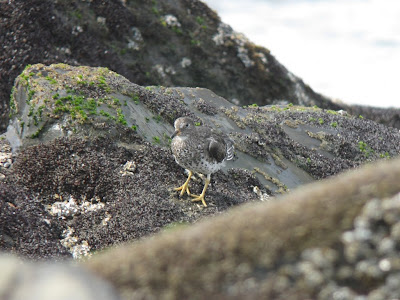 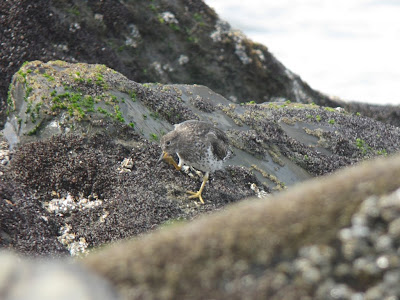 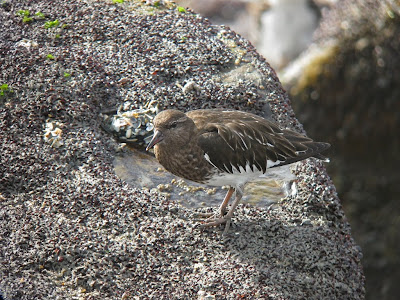 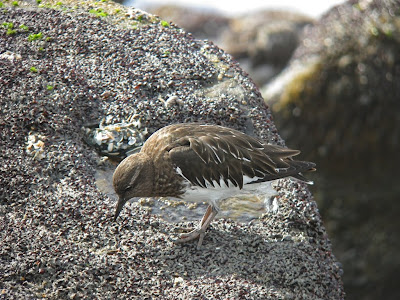 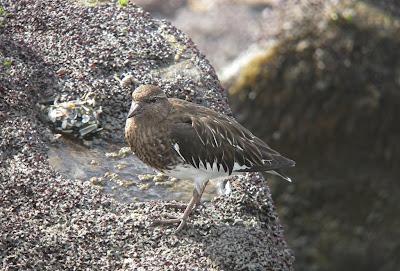 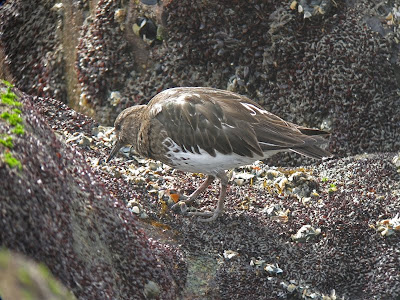 Black Turnstones
A large flock of Heermann's, California, and Western Gulls were loafing nearby with the occasional Ring-billed Gull and Royal Tern mixed in. 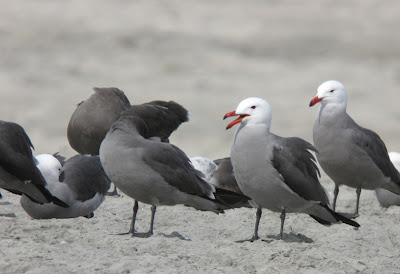 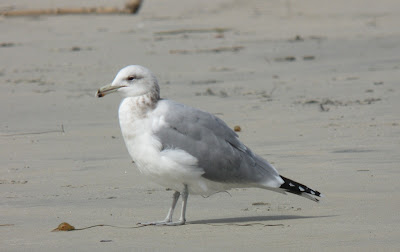 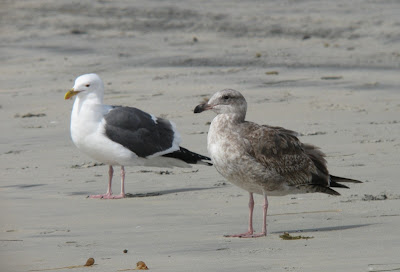 Western Gulls
It was getting late at this point so I headed further south down the coast to the Tijuana River Slough, my target bird being a Pacific-Golden Plover that is wintering here. I gave a thorough search of its usual hangouts as the sun set behind me, but no luck with the plover. This is a great place to bird though, with a wide variety of interesting species present. Waterfowl and shorebirds are abundant, including a few SNOWY PLOVERS along the sandy beach. The gull flock at the mouth of the river held a nice subadult GLAUCOUS-WINGED GULL. 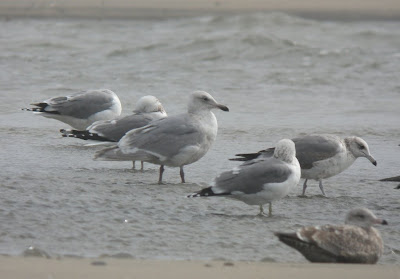 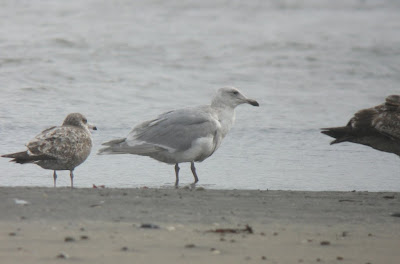 Glaucous-winged Gull
With darkness and rain clouds encroaching, I called it a night and went back to the hotel room to plan my next move. Now that the conference was over and I had already caught up with my friends in the area, I could devote the rest of the trip to birding. However the weather reports were ominous, with this morning's rain apparently a sign of things to come.