A large Thayer's-like Gull in Connecticut?

April 15, 2012
Back on March 13th I photographed a large first-cycle Thayer's-like Gull in Stratford, CT. I wasn't sure what to call it at the time, and I still can't put a name to it. Over the past few weeks I've contemplated the bird a bit and sent photos to just a couple folks for input, but otherwise I've hidden the photos away for future headache-inducing analysis. On ID-Frontiers, the current lengthy discussion on vagrant Thayer's Gull ID has shifted a bit to include questions about large Thayer's-like birds seen in eastern North America. Hence the bird below.

Thayer's Gull? Hybrid (if so, what)? Something else? I don't know. (Thoughts from the few experienced folks who commented included unknown hybrid, Thayer's, Herring, 'I don't know' and even Slaty-back. No two people gave the same answer. Love it.)

What exactly we do with birds like this in the east? Other than curse aloud? I think we just try to document them as best we can with hope that we might be able to put a name to them someday (but probably not).

Click to enlarge photos. My field impressions were first of a Thayer's-like plumage pattern, at least superficially, but was struck by the bird's size & structure which I thought was rather HERG-like. Size was similar to the larger Herring Gulls with which it was feeding. Complicating matters is the fact that March isn't the best time to study feather detail thanks to wear & fading. 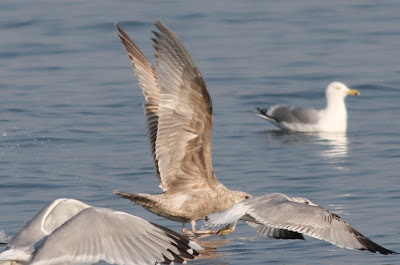 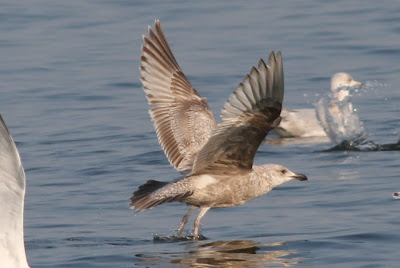 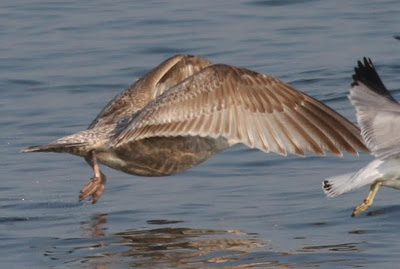 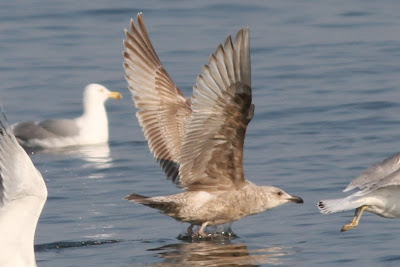 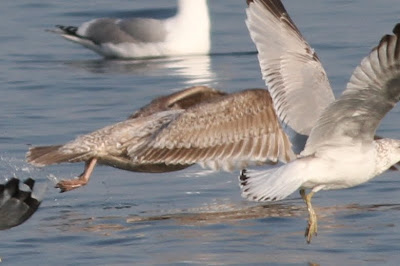 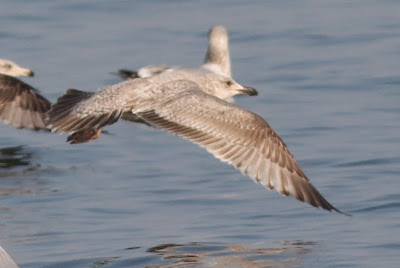 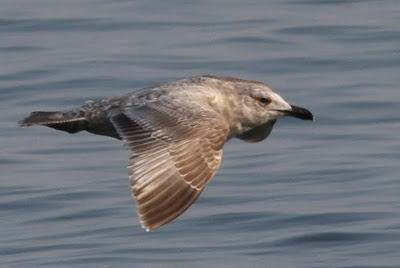 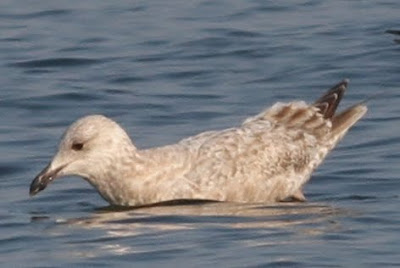 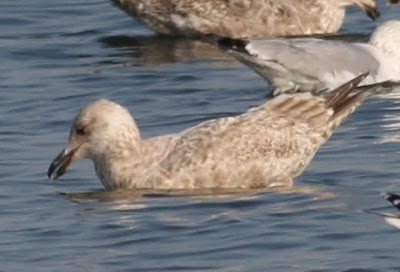 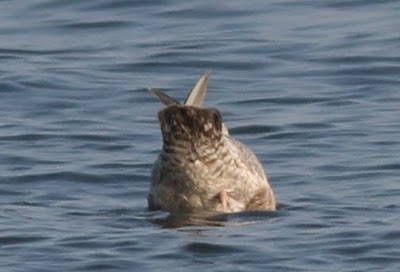 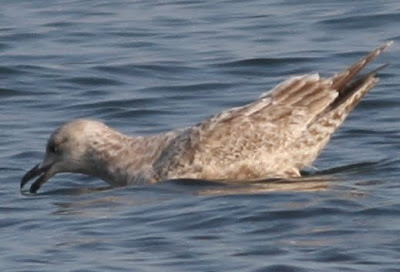 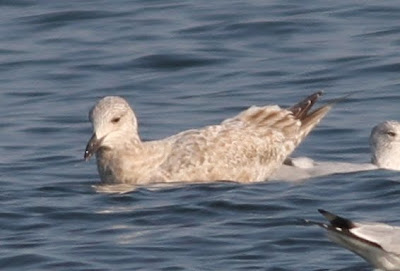 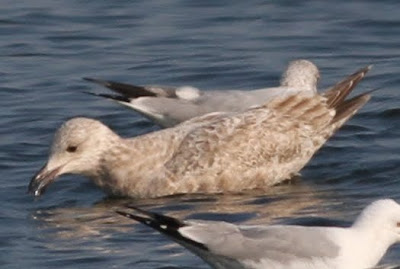 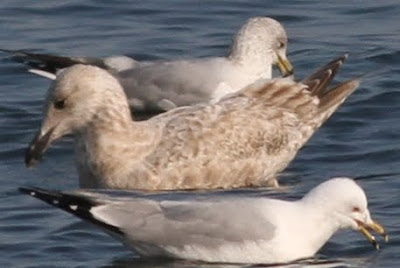 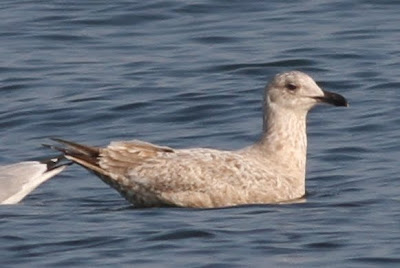 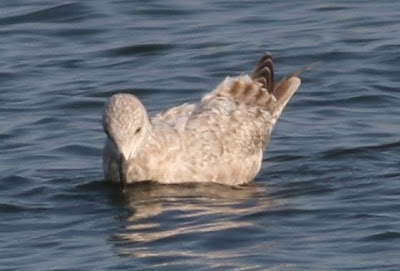 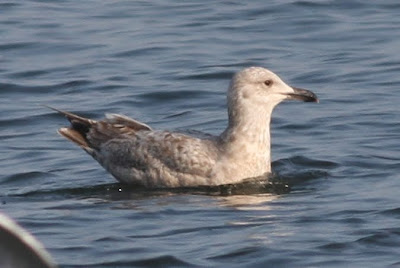 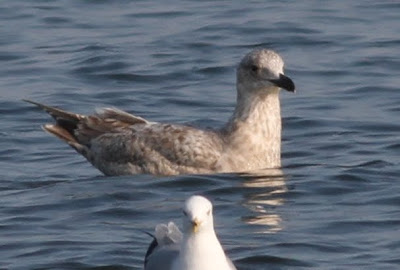 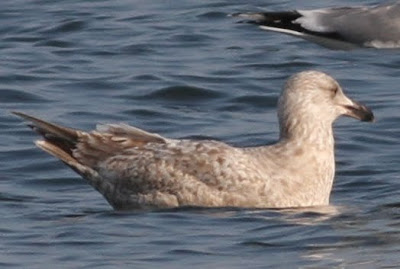