May 02, 2014
Feb 4 - St. Maarten
Today was our sixth consecutive day of island birding, making those first two full days at sea seem like a distant memory. On St. Maarten, given what we had already seen elsewhere, we had just one major target here: Caribbean Coot. However, the validity of this species has been called into question for some time now, and further research may reveal it to be conspecific with our American Coot. Time will tell.

Anyway, we spent most of our time on the French (North) half of the island because it is less developed, thus birdier, than the Dutch half.

We hit several patches of habitat throughout the day, never lingering at any one site for very long. Most stops had water, either tidal or ponds. Highlights included our best looks at CARIBBEAN ELAENIAS and trip list-padding flocks of shorebirds and ducks. Some of the better shorbs and ducks were Whimbrel, "Western" Willet, Ruddy Turnstone, Semipalmated Sandpiper, Least Sandpiper, WHITE-CHEEKED PINTAIL, Ring-necked Duck, Lesser Scaup, and Ruddy Duck. 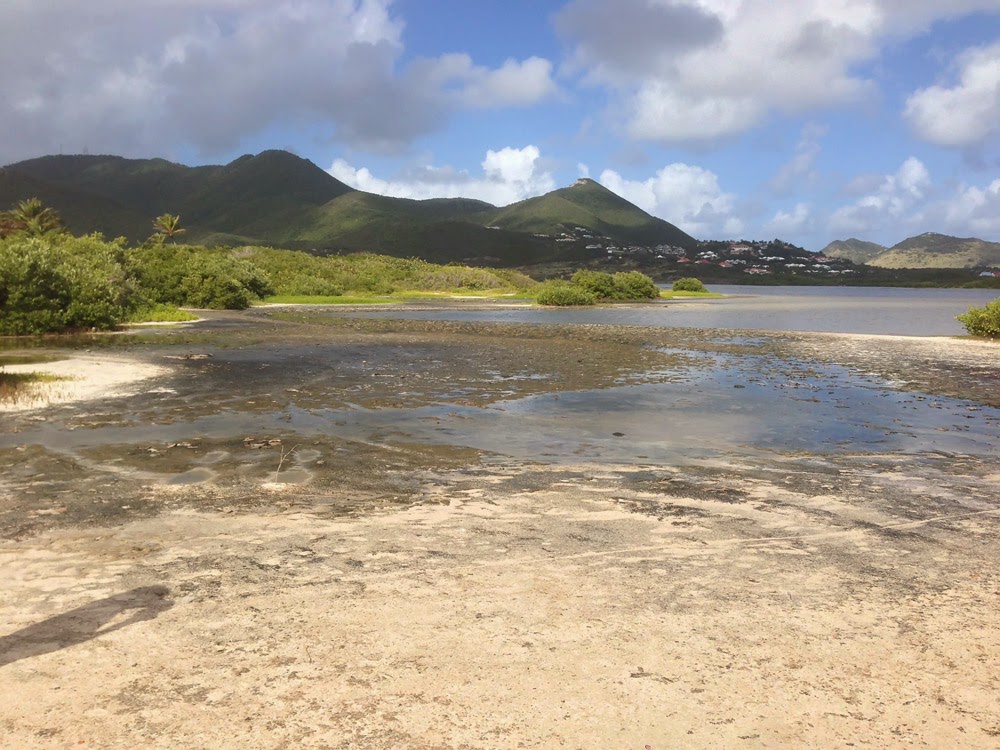 We still hadn't sight of a coot by lunchtime, but our local guides were confident. Soon we visited a pond that was covered in waterfowl, including 200 Blue-winged Teal, 50 WHITE-CHEEKED PINTAIL, and finally several coot. A handful of the coot looked good for adult CARIBBEAN COOT with full white forehead shields. We enjoyed this flock for a while before heading back to the ship.


Upon leaving port in the evening we were treated to killer Brown Booby show, with several adults hunting flying fish in the shadow of our ship. 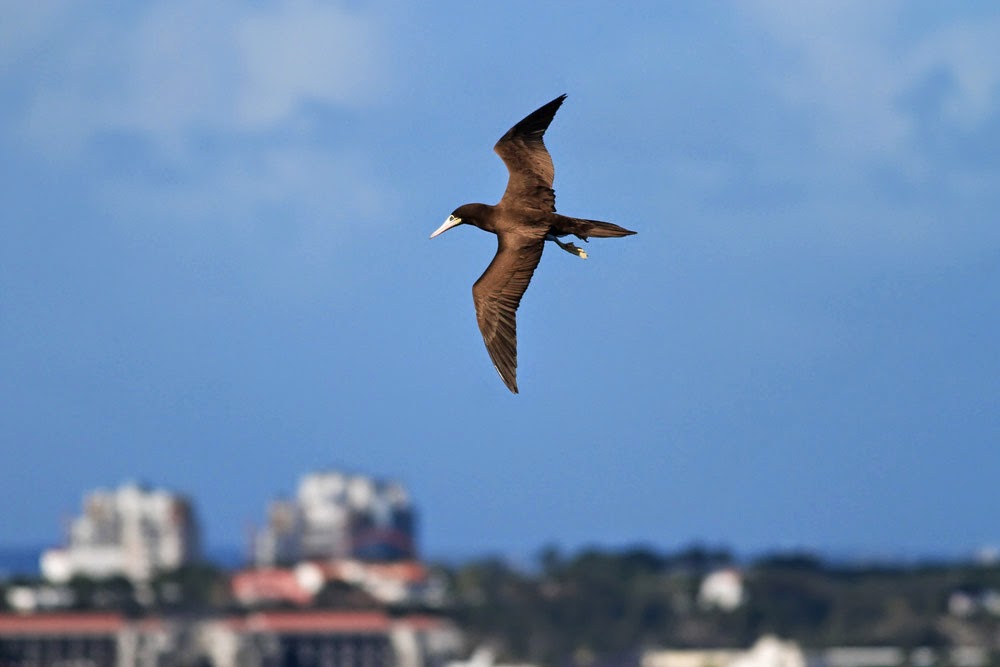 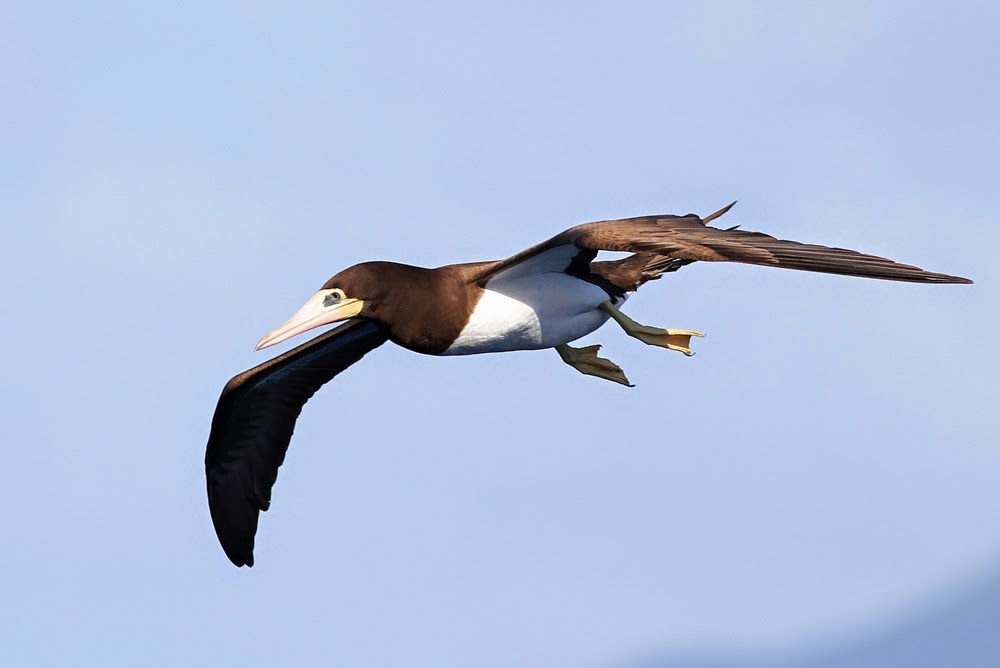 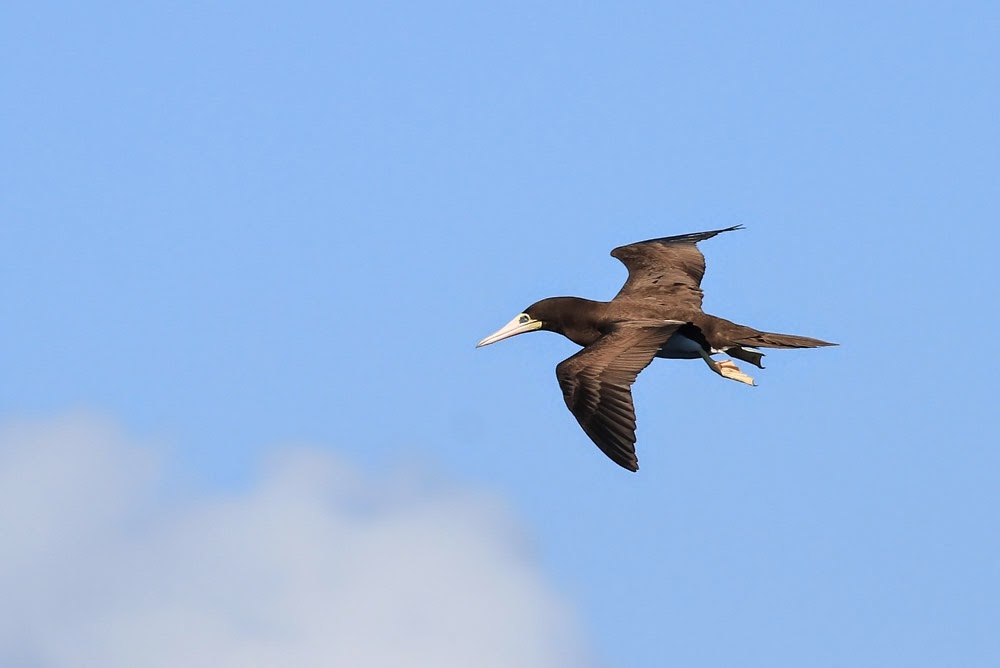 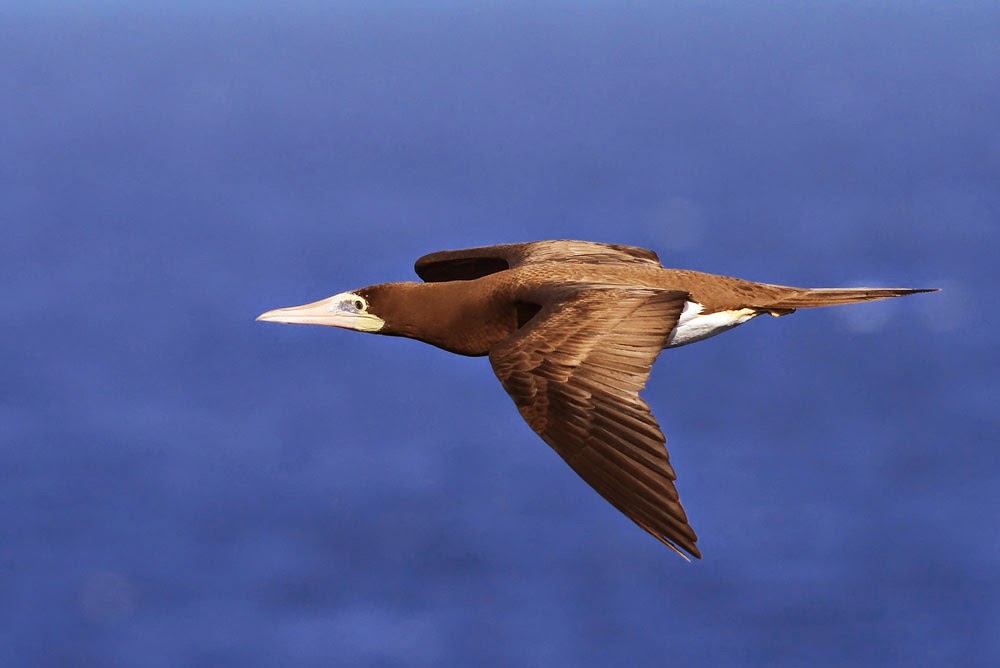 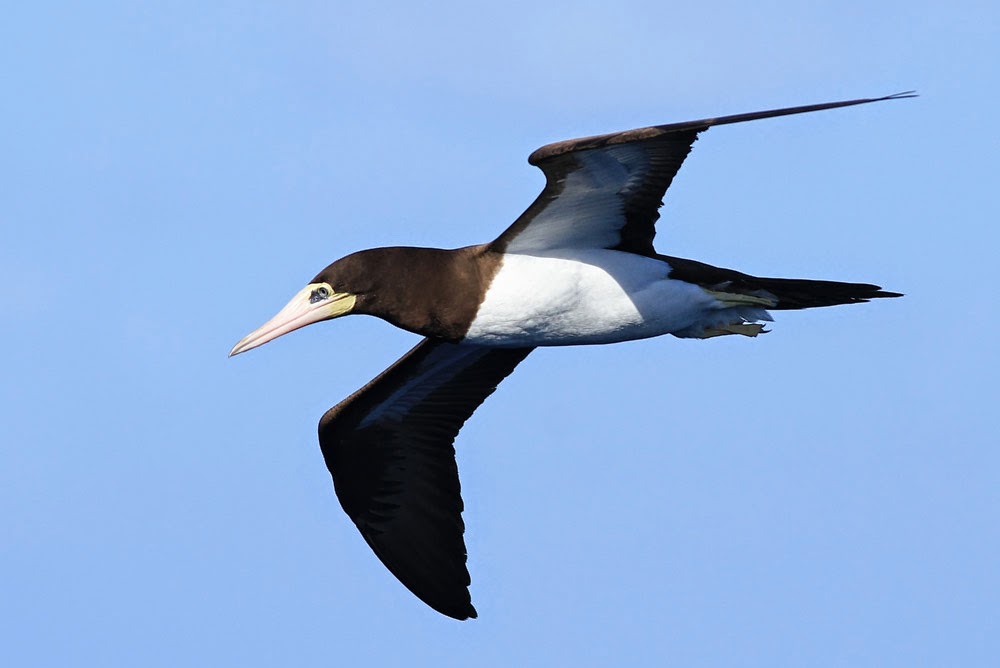 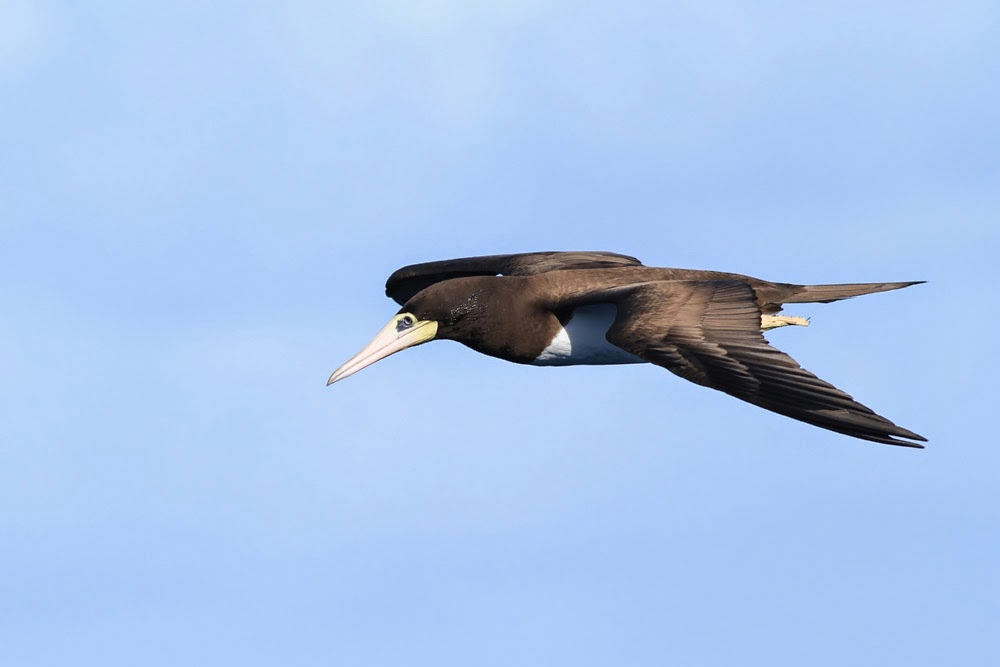 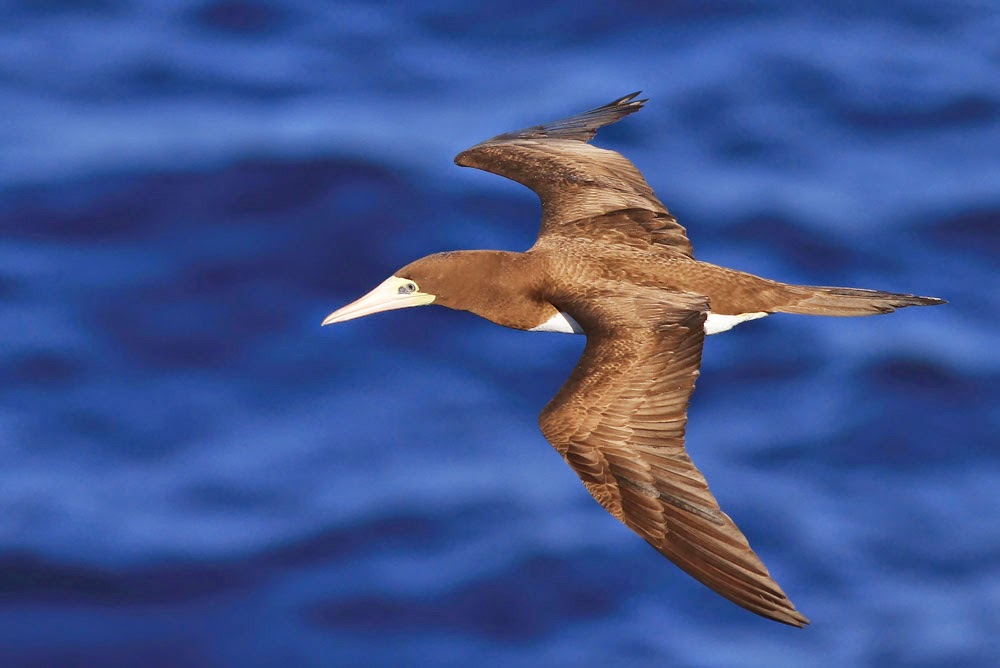 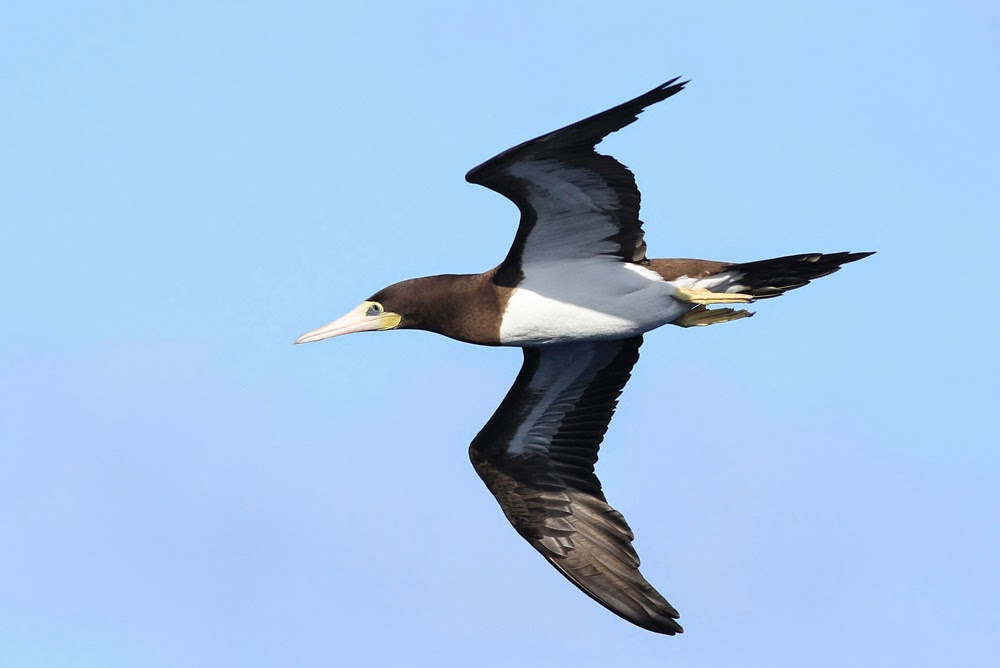 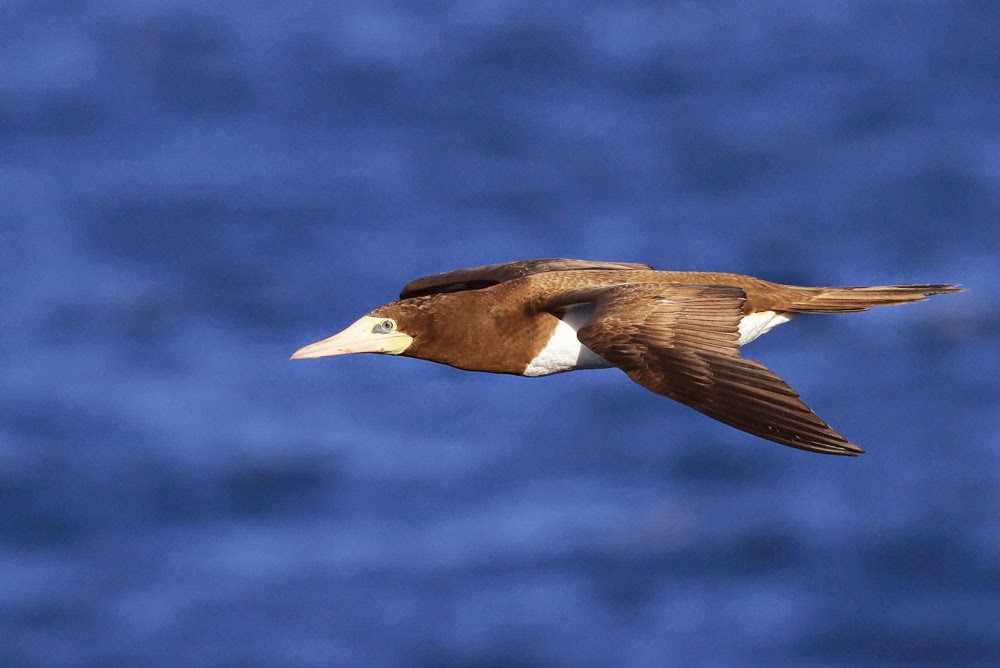 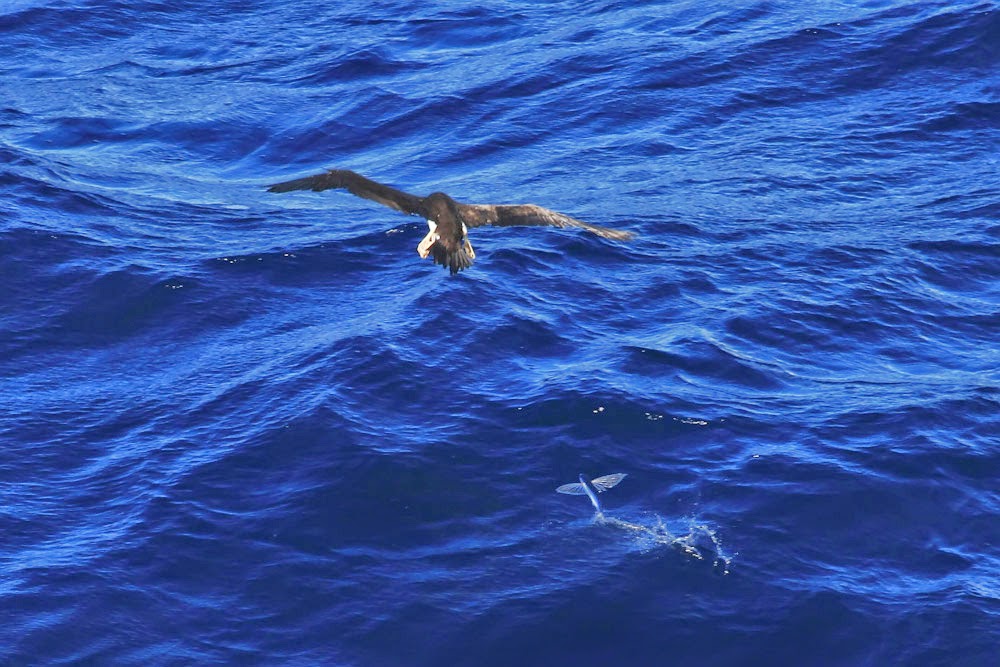 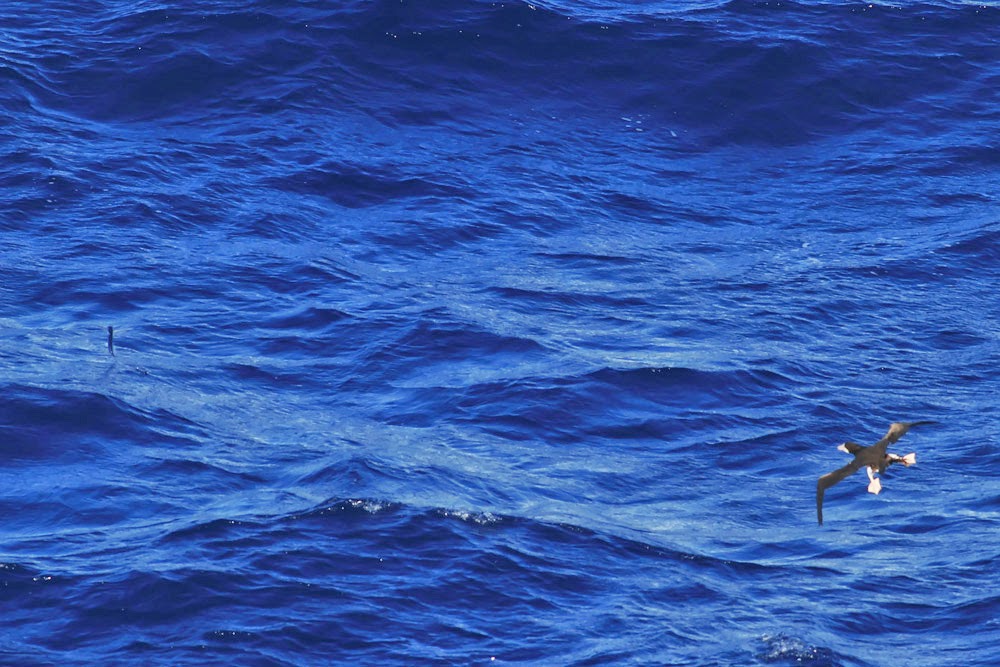 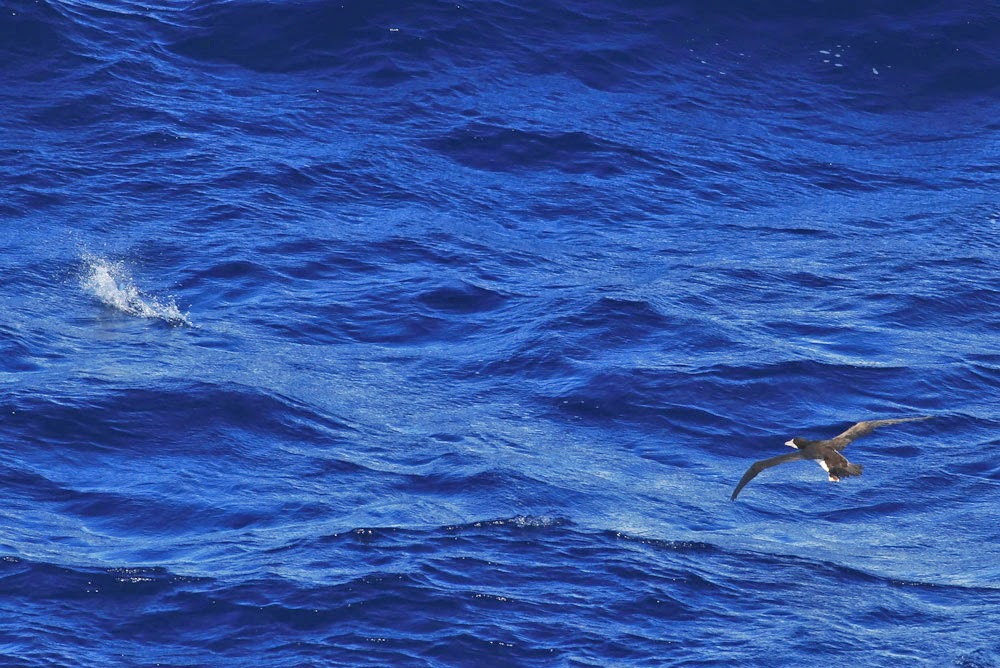 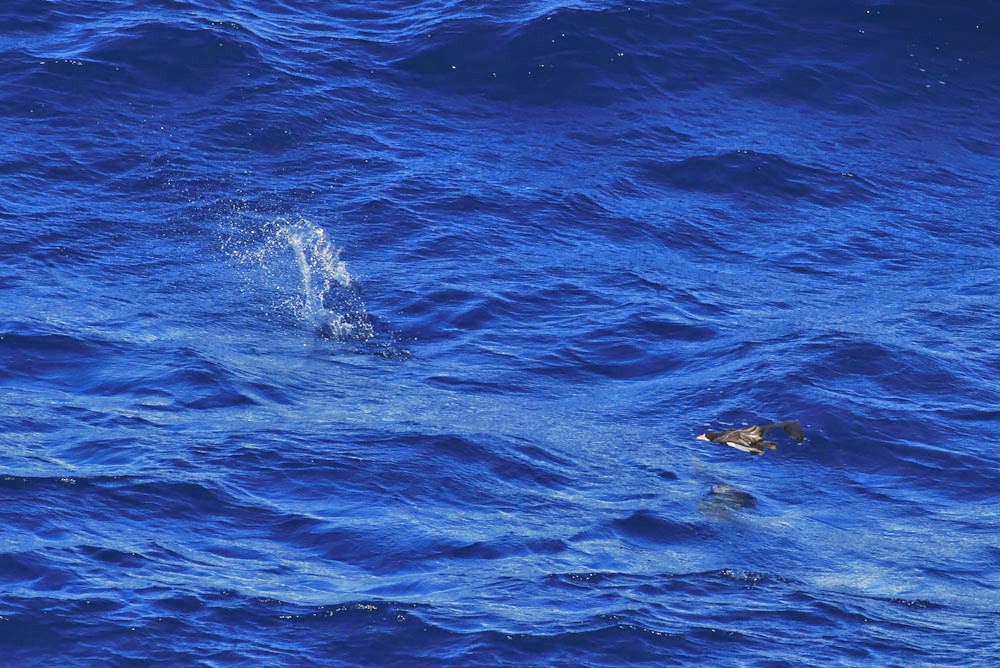 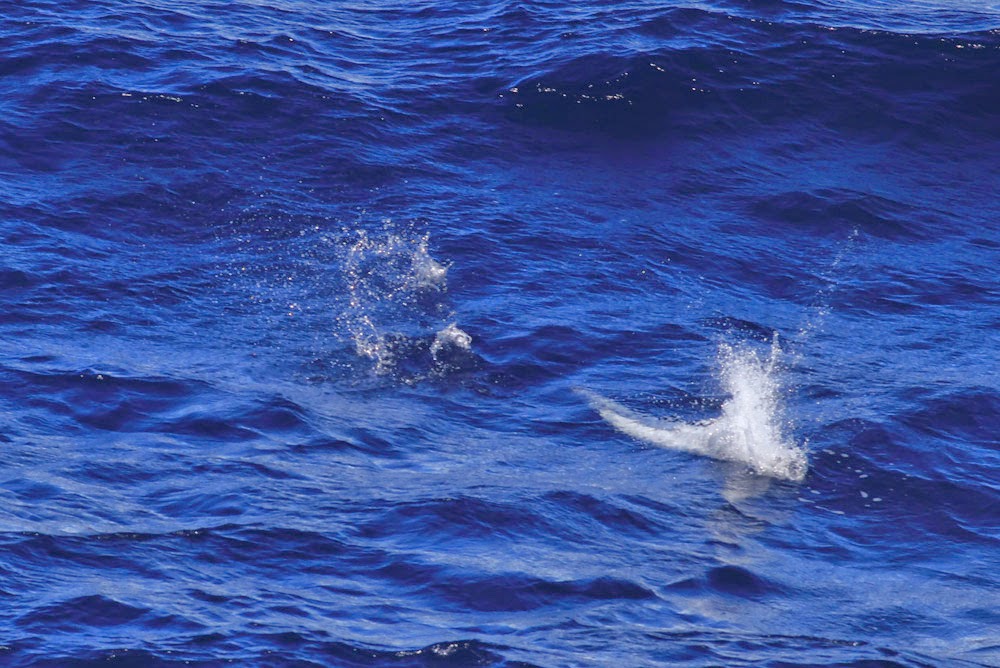 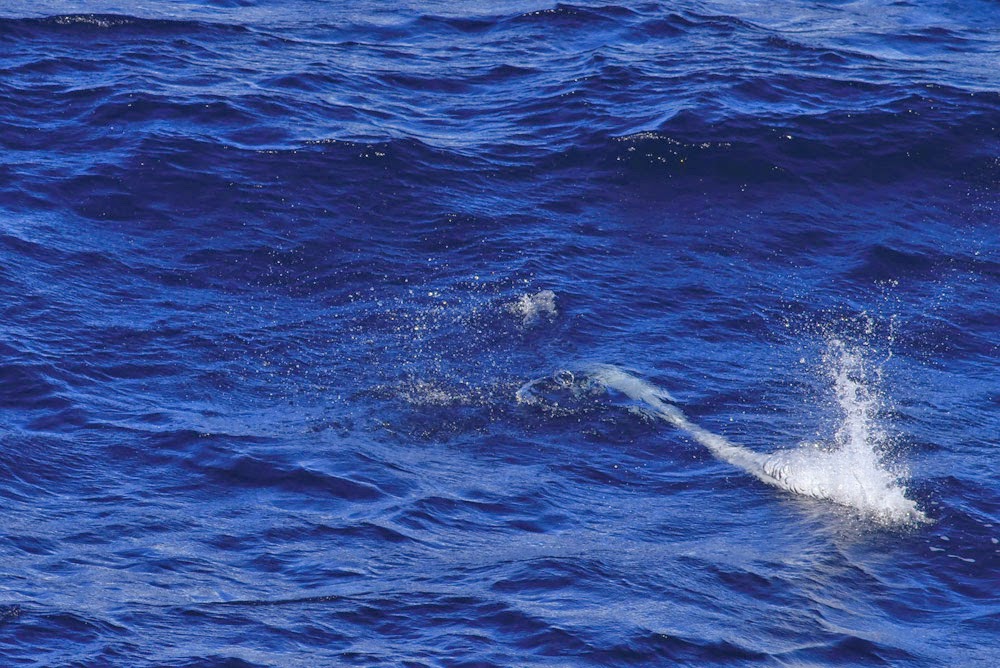 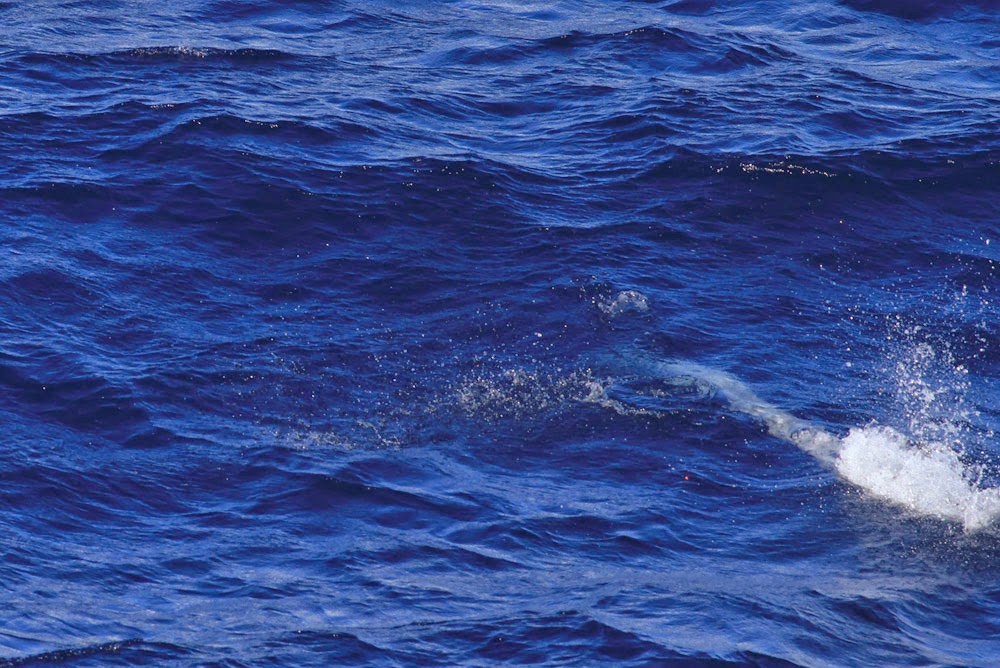 This one plucked a fish from the peak of a wave, very frigatebird-like... 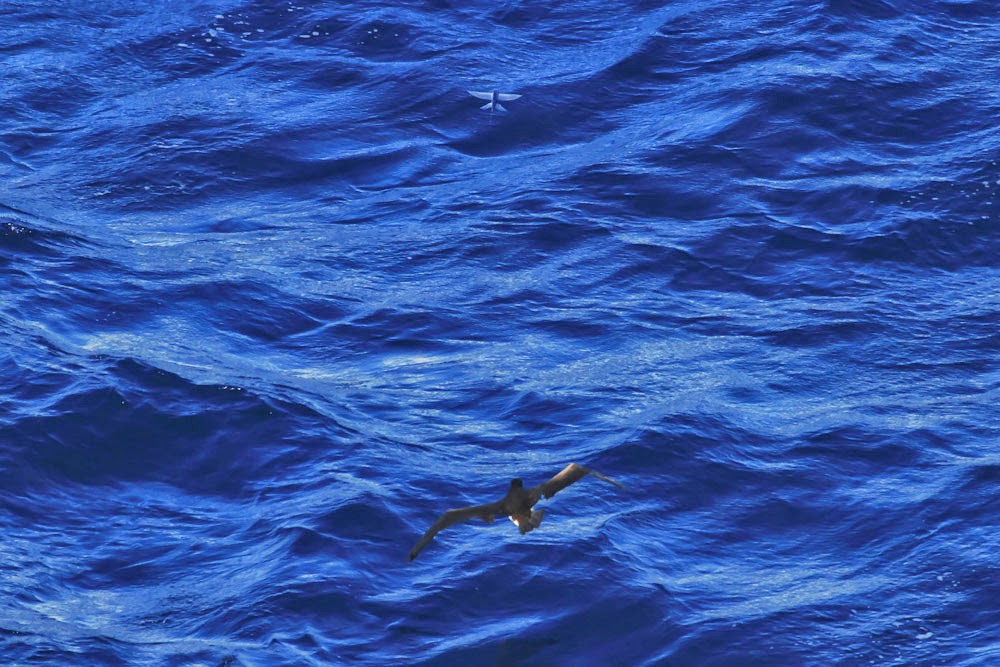 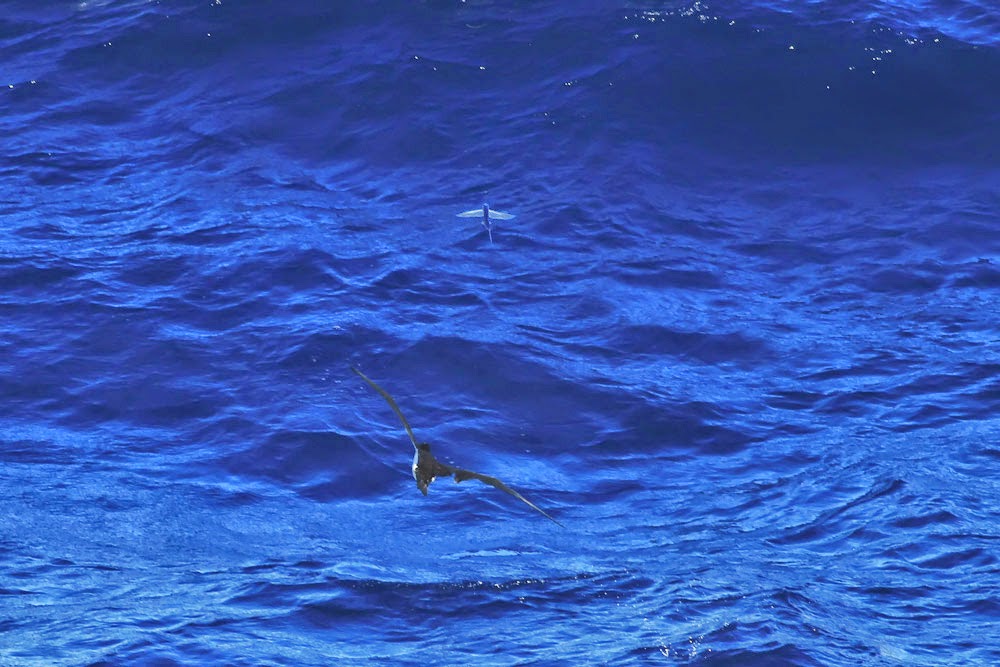 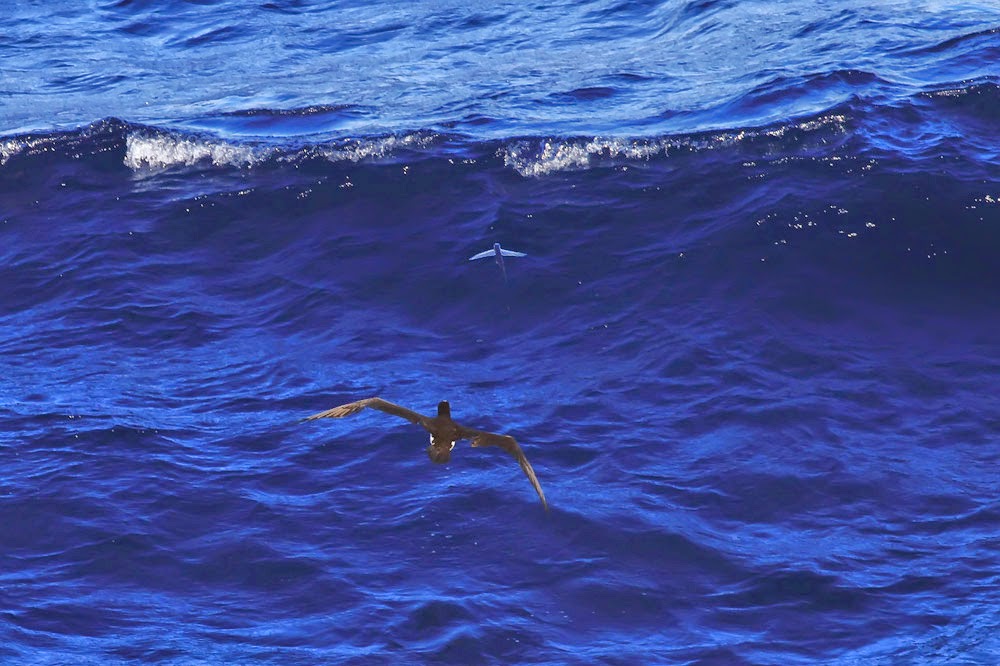 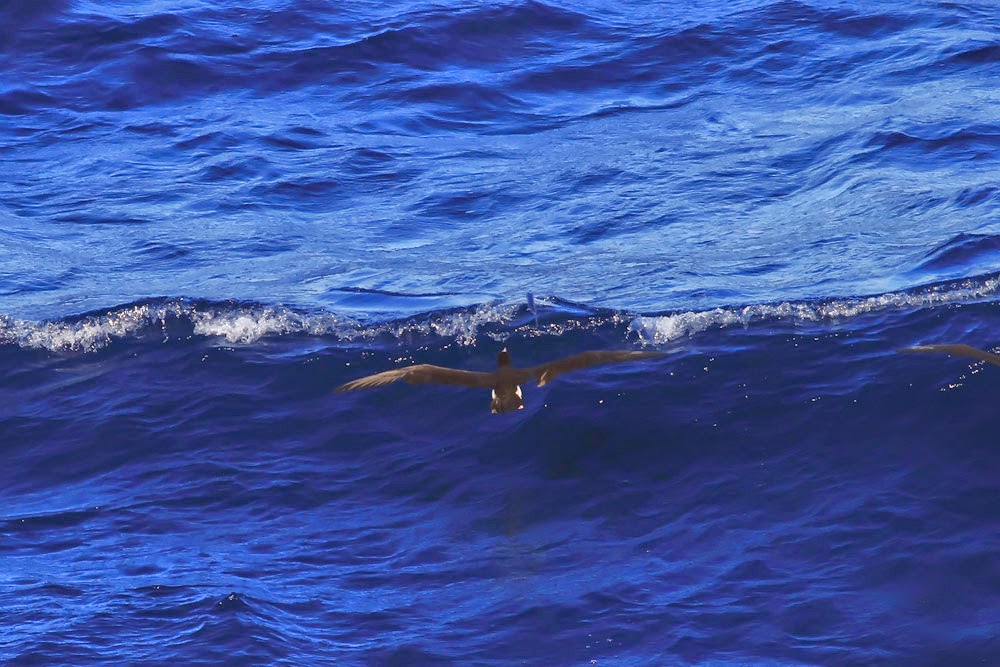 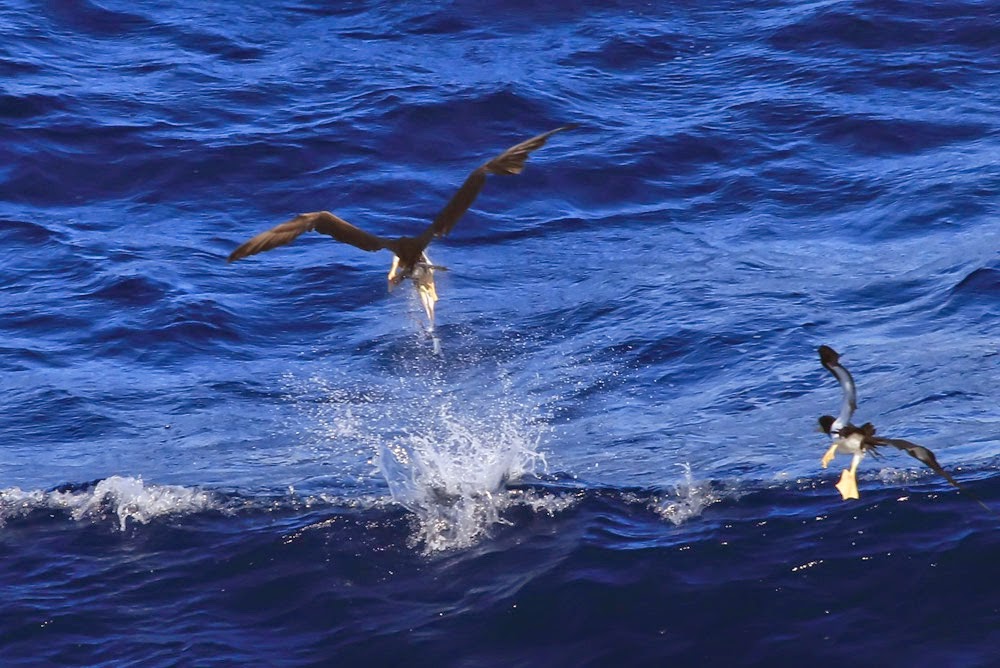 As we got further and further from land the boobies fizzled out and the sea appeared birdless. I stuck out the vigil just long enough to spot a distant flyby RED-BILLED TROPICBIRD, our first identifiable t-bird of the trip (our only other was an unidentified immature early in the trip).