October 08, 2016
Here in southern New England you don't need a calendar to tell you when October has arrived. No, I'm not talking about the disappearance of summer-like weather or the rapidly shortening days. If you're a birder you can tell the calendar page has turned just by the arrival (and departure) of certain species. This has been apparent as I've spent a good amount of time in the field over the first week of the month. 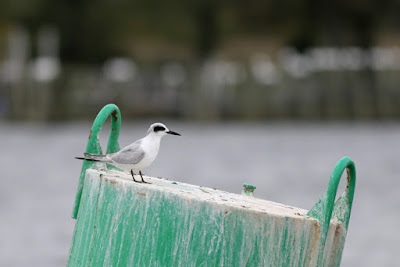 The first "Northern" Horned Larks of the subspecies alpestris can be found in coastal dunes and open spaces.


Raptor diversity peaks. At one location earlier this week I had 13 species of raptor/vulture in just a couple hours' watching the sky.

Hawkwatching often yields a few non-raptor bonuses, such as this adult RED-HEADED WOODPECKER that passed between me and the sun a few days ago.


Yellow-rumped Warblers dominate, while good numbers of Palm Warblers spill over from September.


Gull numbers continue to increase while diversity remains on the low side. Still, southbound Lesser Black-backed Gulls are often seen this month, particularly during periods of inclement weather and east winds, some of which we experienced last weekend.


Red-breasted Nuthatches have been moving since late summer, and they continue to be common statewide. Perhaps we will see more boreal irruptives as the month progresses.