On January 3rd Frank Gallo and I stopped by East Providence, RI on our way back from Nantucket to look for the previously reported Graylag Goose. This bird was initially reported...well...I have no idea when it was initially reported because the Rhode Island bird reporting system is a $%&*ing joke and these pieces of information are difficult to track down unless you are a part of one of the mysterious RI birding factions that treat bird information like classified information that you need a goddamned Russian hacker to extract (how can such a tiny state be this divided anyway?!?).

But I digress. Anyway, let's just say that the bird has been around for...several days.

So Frank and I arrived to driving wind and rain. It was pretty miserable weather, but we were able to find the goose rather quickly on the golf course adjacent to Watchemoket Cove. We watched it feed with Canadas for a few minutes before getting soaked and leaving (us, not the bird). We had both seen (and voted on) the Wallingford, Connecticut wild-type Graylag in 2009 that went on to be accepted. That bird was certainly leaner than this one. Here are a few record shots of the bird. 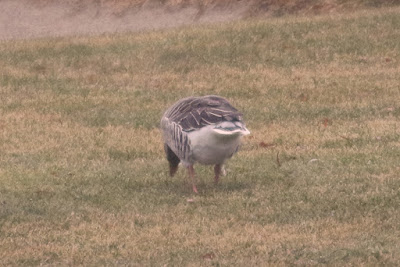 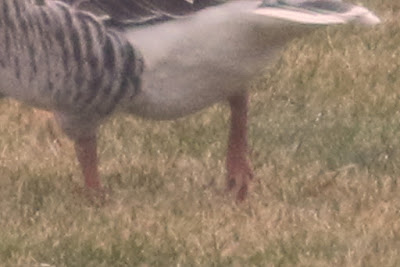 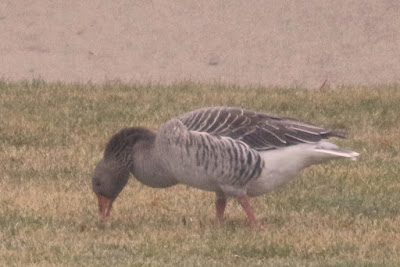 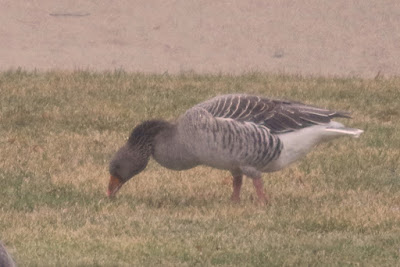 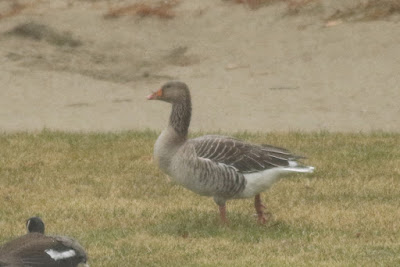 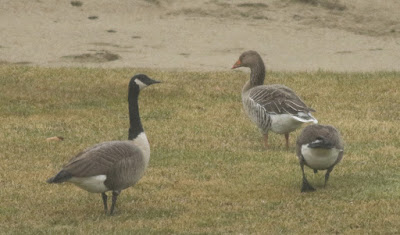 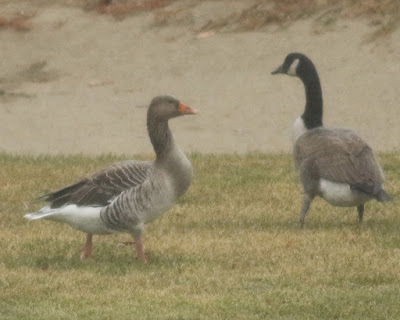 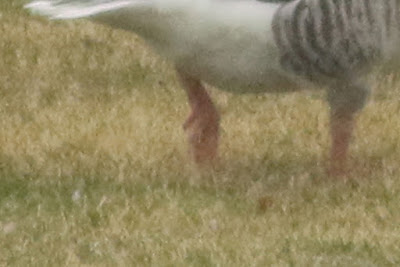 I'm not going to pass judgement on this bird because I would have to go back and do more research and contact European birders who see these things regularly. This bird may be a bit thick-billed, a bit thick-necked, and a bit "lumpy." One thing's for sure - we're glad we don't have to vote on this one! It will be interesting to hear what the Rhode Island committee does with this one. I'm sure we'll find out never.