March 16, 2017
On Sunday March 12th four very hardy and intrepid members of the Connecticut Young Birders Club joined me for a full day of gulling along the Connecticut coast. We should be approaching peak gull diversity over the next few weeks thanks to the annual late winter/early spring Long Island Sound plankton bloom, an event I've mentioned so many times here. During the first two weeks of this year's event numbers have been building but diversity has been very slow to follow. This is often the case during the first half of March. Diversity usually peaks, I'd say, between March 20 and April 10 or thereabouts. So far this season Lesser Black-backed Gulls have yet to make any migratory push through the region as only the known wintering adults have been reported, and all white-winged gulls have been unusually hard to come by. It seemed to be a down winter for first cycle Iceland Gulls in CT, so perhaps that shouldn't be of much surprise.

Anyway, on this day the weather felt more like January than March. While we didn't have to deal with any snow (this was the calm before the blizzard), temps were cold and a brisk wind did not help. That didn't keep us from a really interesting day of gull study.

In the end we recorded six gull species on this day. In addition to the three guaranteed species (Herring, Ring-billed, and Great Black-backed), we had two Bonaparte's Gulls (these should become much more numerous in a matter of days), four Iceland Gulls, and one Lesser Black-backed Gull. 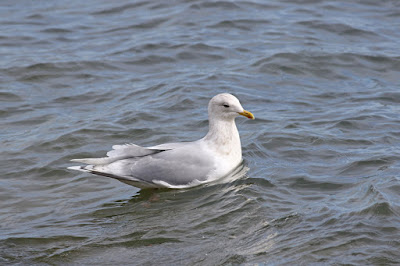 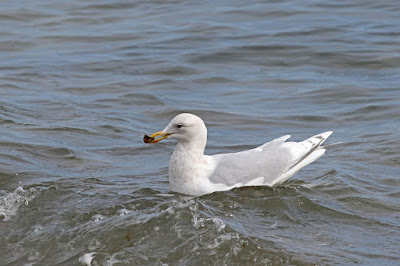 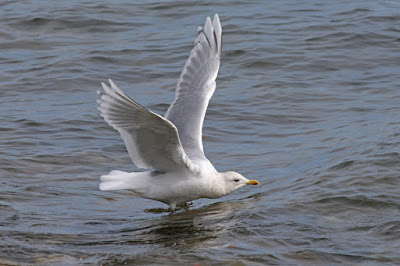 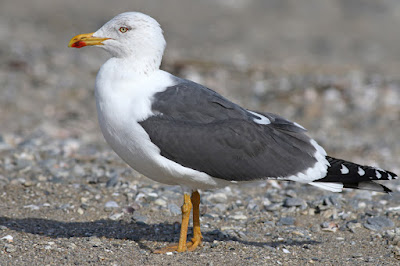 We also had two very interesting Ring-billed Gulls - one young bird with a Common Gull-like feel to it, and one "white-winged" adult with very little black in the primaries.

First, the Common Gull mimic. This bird stood out among a flock of ~500 Ring-bills by its tiny bill, more rounded head, slight frame and thin legs. We studied this bird for a while, and I really struggled with it. The flock left the beach to feed offshore and we never did see or photograph it in flight. Despite the structural similarity to "Common" Mew Gull, I really think that this was just a runt Ring-billed Gull. While not terribly apparent in the photos, the incoming scaps were every bit as pale as on the surrounding Ring-bills, and most were fringed in white. These two features are pro-RBGU and I think are key on this bird that was otherwise lacking in plumage clues. The wing coverts were rather worn/faded and of little help, and we never got a look at tail pattern. I'm happy to receive comments on these photos. 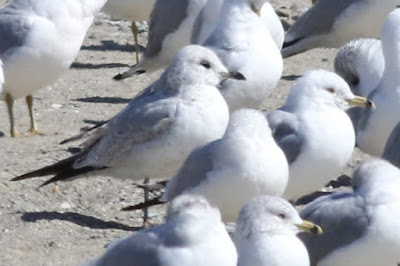 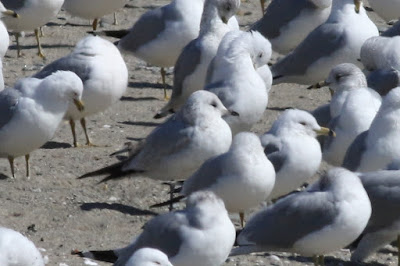 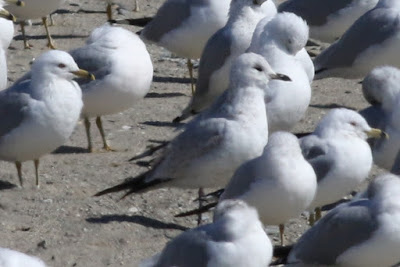 We spotted this adult Ringer and noticed that it had a huge amount of white to the folded wingtip. Flight views of the wing were impressive. 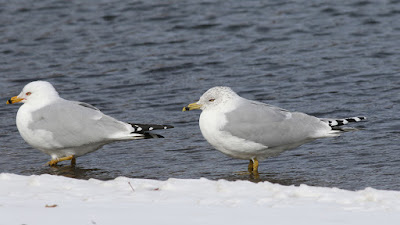 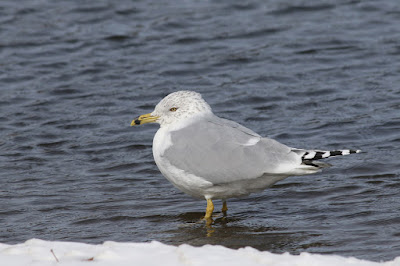 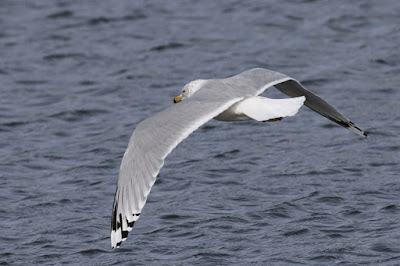 Toward the end of the day we found ourselves at Southport Beach in Fairfield, well-known low tide gull roost, especially for Bonaparte's Gull flocks as April approaches. While there weren't many gulls on this day, young birder Aidan Kiley had found a PINK-FOOTED GOOSE here the day before. It was still there when we arrived. A nice way to wrap up the day! 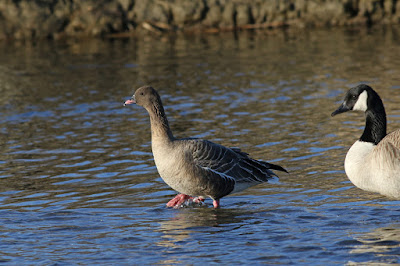 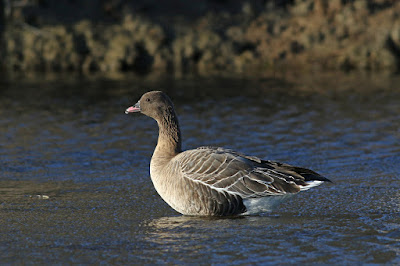