I realized last year, after a two Mew Gull day, that all three Mews I had found in CT happened to fall on March 20th. Odd. So this year I made a point of gulling on the same date. Fully aware that I was introducing observer bias,  I was still shocked when one appeared. And the kicker - of those four March 20th birds, three subspecies have been involved (two canus, one brachy, one Kam). I didn't look any harder for Mew Gull today than I do on any other gull excursion, of which there are many at this time of year...yet today was still the day I ran into one. Pretty great coincidence.

I actually think this might be the same Kamchatka Gull from April 2015 (which, as it turns out thanks to photo review, had been seen on Nantucket earlier that winter and likely the winter before too! Very cool to track vagrants like that.). At first glance it looks pretty identical overall, except that it lacks the pinhole mirror on its left p9 and might also have a paler iris. These are things that could change with age, one would assume. I'll have to take a closer comparison look later.

This flock wasn't particularly large - just a few hundred birds or so that were filtering in from feeding offshore, presumably on surface plankton as they do this time of year. These plankton-seeking flocks are very mobile. The bird, along with a few of the Ring-bills, took off down the beach and around the corner. Despite alerting local birders immediately, nobody was able to relocate it.

The lighting conditions this morning at Russian Beach in Stratford, CT were brutal. Everything was either backlit or side-lit with bright sunlight. You will not see any pretty pictures here. Judging shades of gray via photo will be even harder than in the field, and it was no picnic in the field either. The slightest change in angle relative to the sun made such difference. I made a point to not correct anything in the images below, unless noted in the caption.

Just before the Kam Gull I had an adult dark-winged Thayer's-type.  Not sure where to draw the line on adults of these birds (however they are related...). Comments welcome as always. There are images further down. First, the Kam. 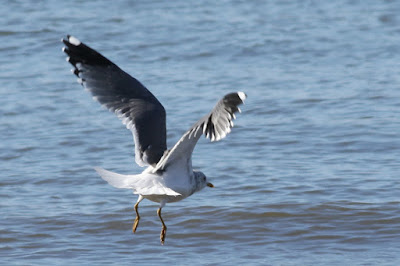 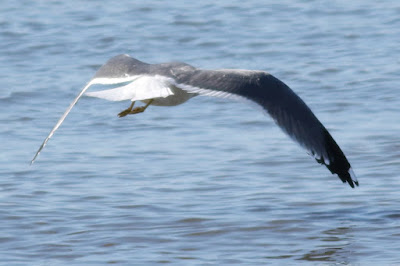 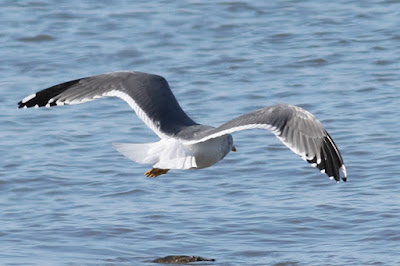 Wish I had gotten more representative (AKA better) photos, but I think the salient features are still obvious, except for the center of the breast. This bird checked the big Kam Gull boxes nicely, though they do get more monstrous and larger-billed than this. Perhaps a female. In brief, heinei in this plumage would show a flat crown and a very white head with pencil-thin streaks across the hindneck, per the excellent Dutch Birding article by Adriaens & Gibbins. That form can be ruled out. Canus and brachyrhynchus ruled out pretty easily as well on a suite of structural and plumage features.

Since you're here, how about this harder one? Thayeri or kumlieni? I go back and forth on how we should treat this identification, and at this moment I'm not feeling strongly either way about birds like this. I might put more thought into this right now if not for it hardly being the bird of the day. 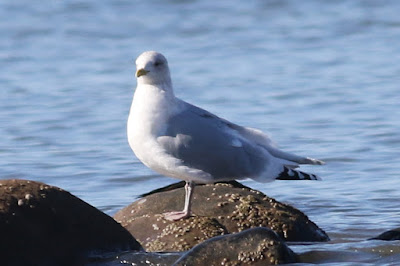 I don't think I'd go so far as calling the primaries matte black from above - I think a very dark gray would be more accurate(?). Again, tough with the complete lack of neutral lighting conditions. A good Thayer's, if such a thing exists, or no?