August 06, 2017
My European birding experience has been just about nil, save for sneaking out to city parks during a high school trip to London and Paris when I was 17 or so. So I was more than pleased to play sloppy seconds to Ingrid when Julian asked if I would like to join him for a week of visiting family, friends, and of course birding England (and Wales). Count me in!

Julian got a bit of a head start on me by a couple days, but I flew the redeye to Manchester on July 2nd-3rd and we returned home on the 9th. Read Julian's more thorough account on his blog.

Long story short, we spent a couple days birding with Paul Derbyshire in North Wales and a few days in Norfolk with Simon Smethurst, Andy Culshaw, and Chris Mills. You couldn't make up WASPier names if you tried!!

The most scenic portion of the journey, North Wales combined quaint rural countryside and rugged coastal cliffs. I could understand Paul's affection for the area. Hey, there were birds too.

We began the birding portion of the trip on the Fourth of July (USA! USA!...err...I might have said that with a bit less pride than in years past...) with one of my bigger targets, BLACK GROUSE. We found the lek right where we expected to. I was pleased to see several males still faithful to the lek in early July, but you could tell that these birds were just not that into it. Going through the motions at this point, hopes not very high! Like that point on a Saturday night when the bar empties out and you look around and realize that it's just you and a bunch of other drunk dudes. Not exactly the way you drew it up!


Also here we came across two "Red Grouse" (AKA WILLOW PTARMIGAN), and later a variety of
British garden birds as we passed through the quaint countryside. 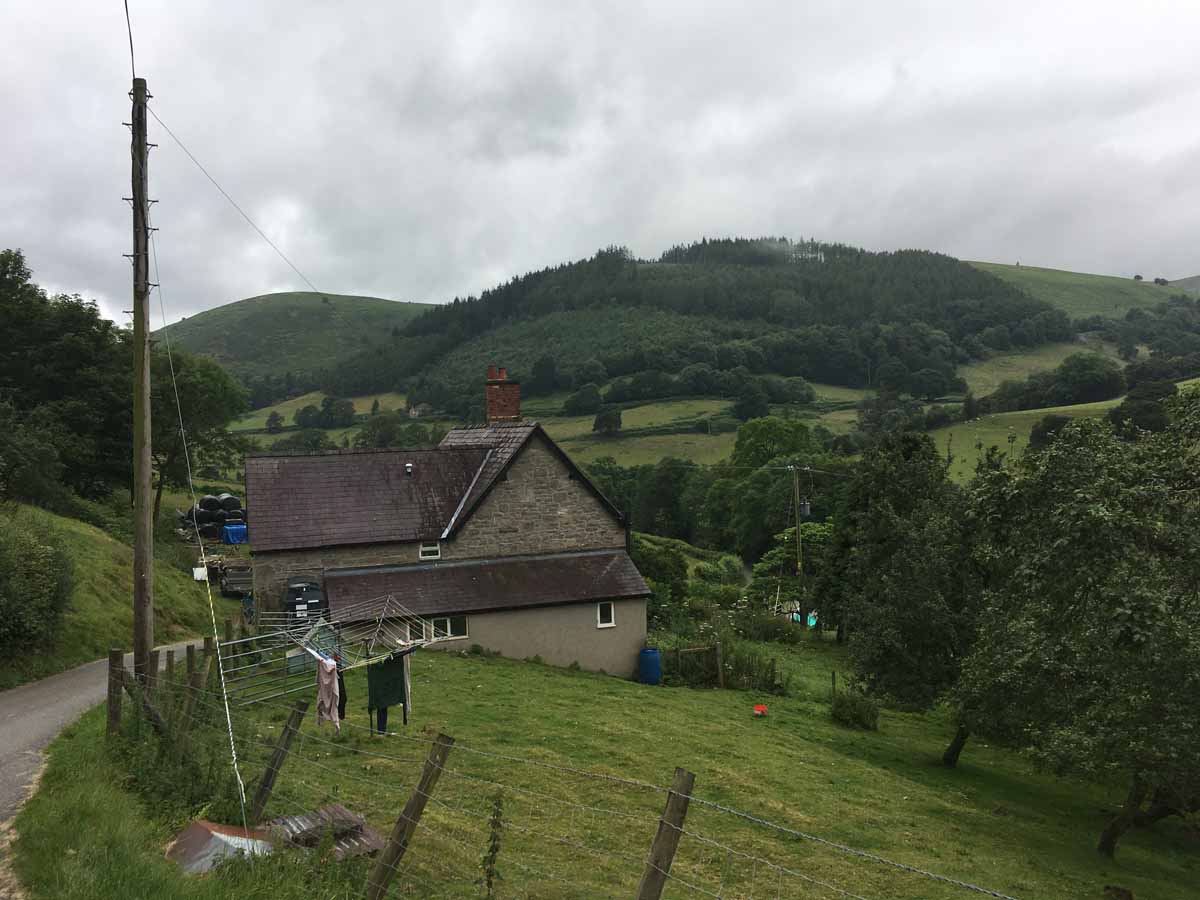 At this point we headed northwest to the coast and met up with Paul for some tea followed by birding. We first hit the estuary at The Spinnies Aberogwen/Traeth Lafan (I think I got that right!) which was productive for coastal birds - just my style.

Mostly common birds here, but loads of some of them, like EURASIAN CURLEW and even several LITTLE EGRET. COMMON GREENSHANK were likely newly arrived migrants, as they looked to be in breeding plumage.


Next up were the South Stack Cliffs, the site of a seabird colony that included COMMON MURRE (thousands), RAZORBILL, ATLANTIC PUFFIN, and NORTHERN FULMAR. We were able to scope several distant MANX SHEARWATERS from the cliffs while RED-BILLED CHOUGHs played overhead and ROCK PIPITS walked through the grasses. 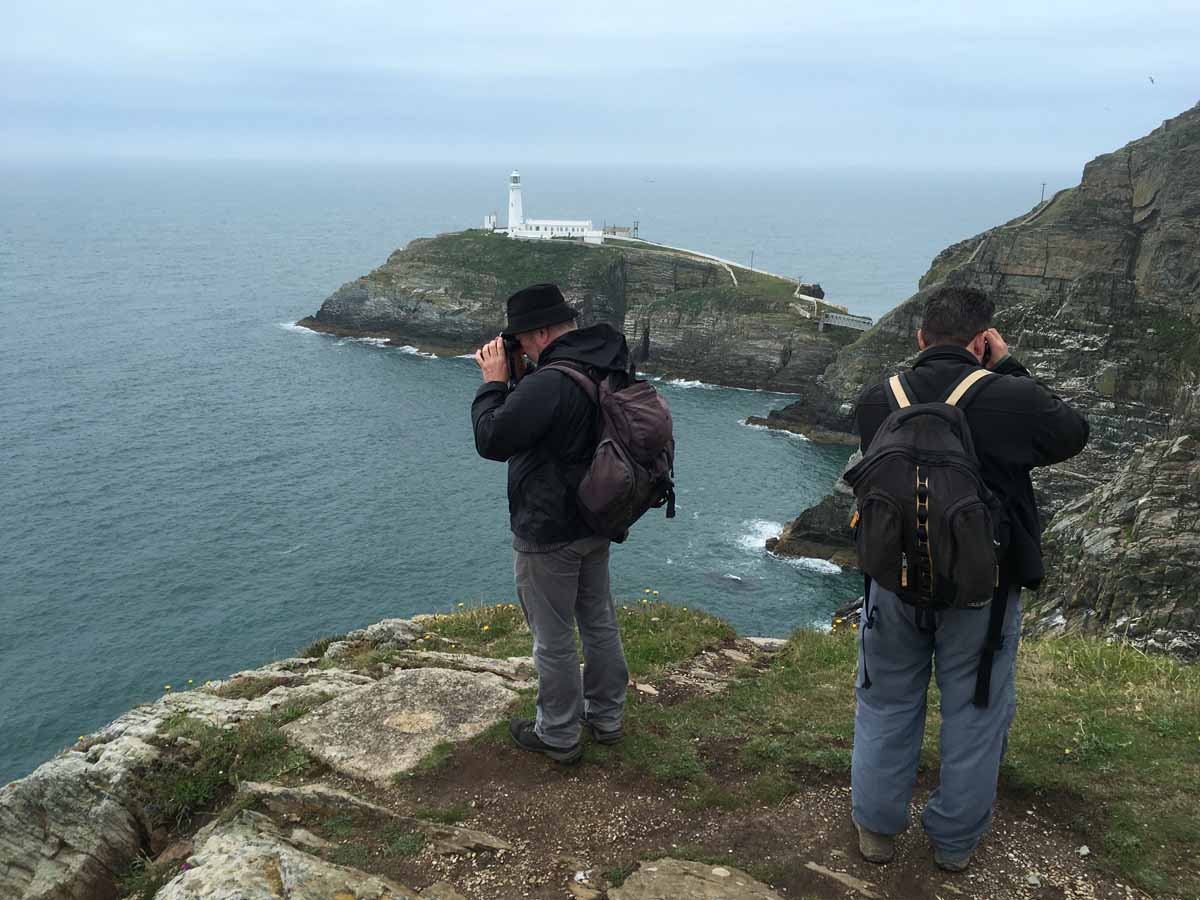 A few random stops along the way got me my much-anticipated life MEDITERRANEAN GULL, a handful of sharp adults and a first-summer. I couldn't pass up the chance to get a few shots of common birds like EURASIAN BLACKBIRD and WHITE ("Pied") WAGTAIL.


We concluded the day with a lovely late afternoon walk at Aber Falls. This quiet walk reminded us that landbirding in July can be a bit of a struggle. Still, I was happy to see a variety of tits and peckers that I had either not seen before or had not seen in quite a while. 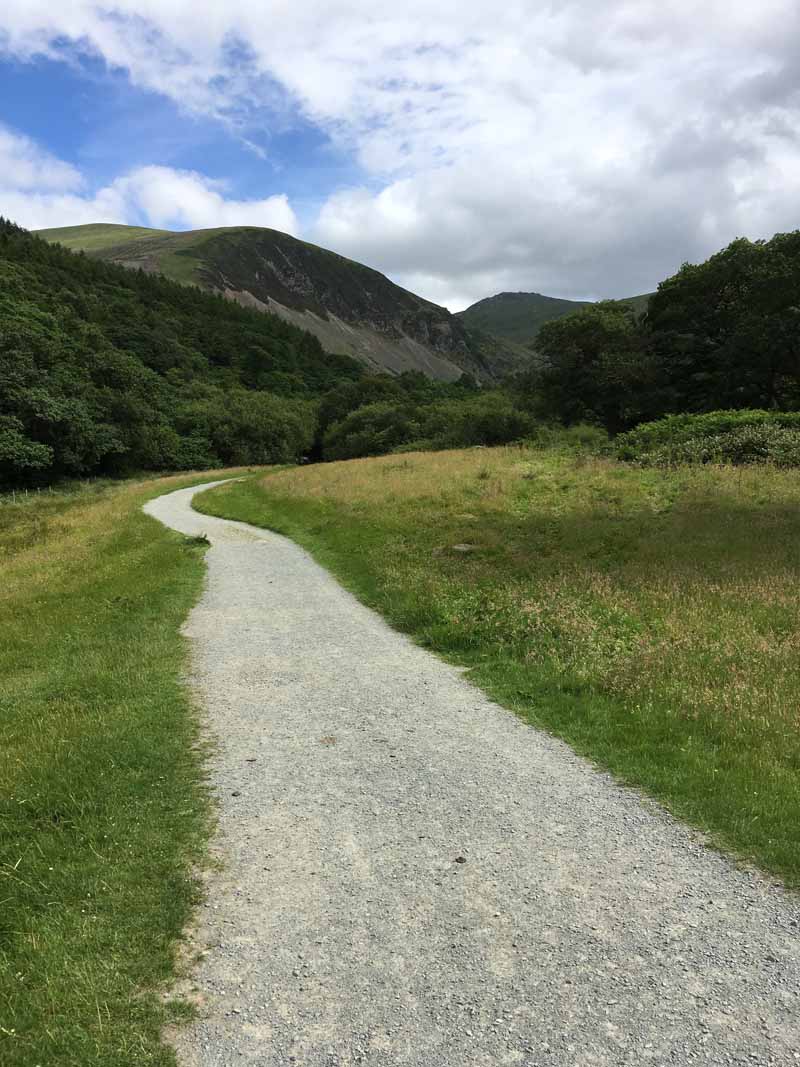 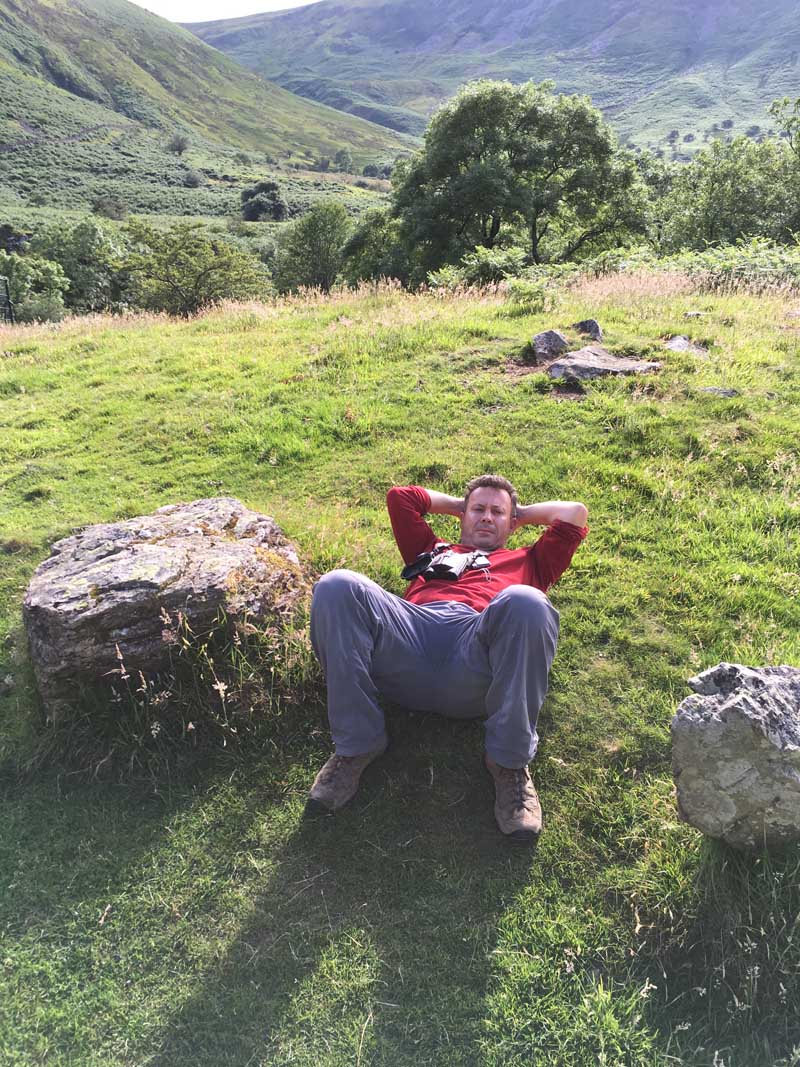 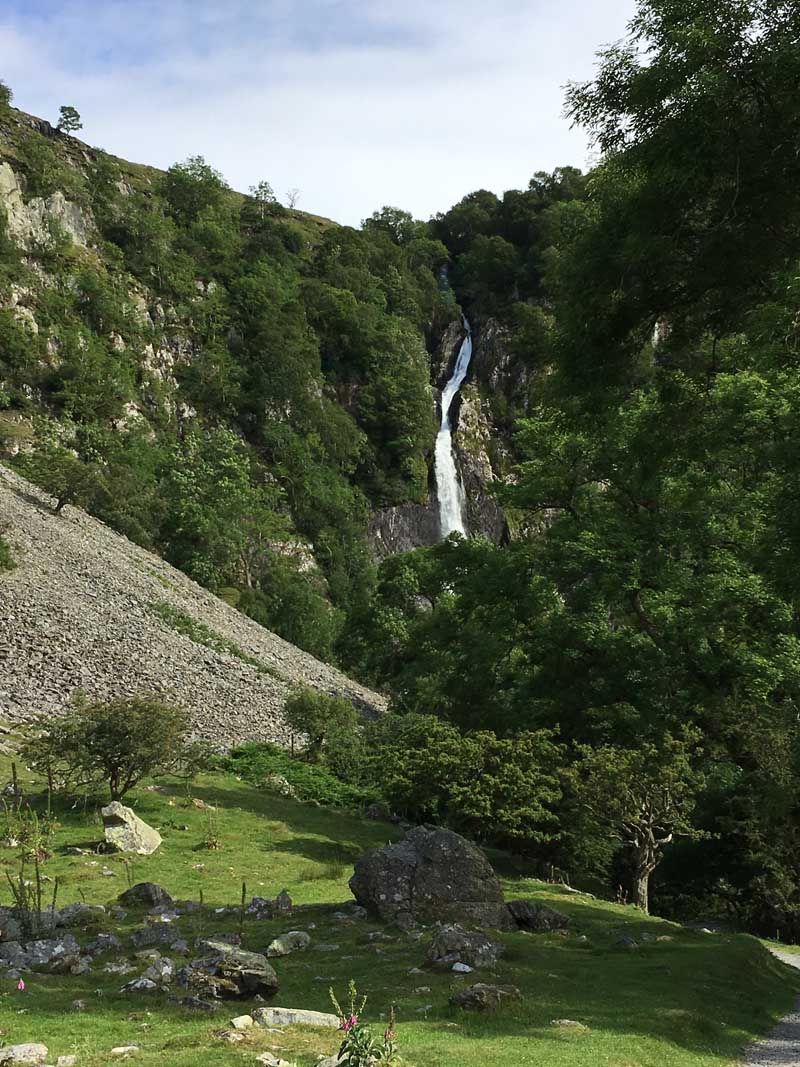 On July 5th Julian and I split off from Paul in the morning and headed back towards Julian's mum's place in Bolton. On the way, we crossed back into England and stopped at RSPB Burton Mere, a nice collection of marsh & pools with several strategically placed hides. The extensive use of hides (AKA "blinds") in the UK was in stark contrast to home, where blinds are used only rarely...and are often not placed particularly well for observing birds. 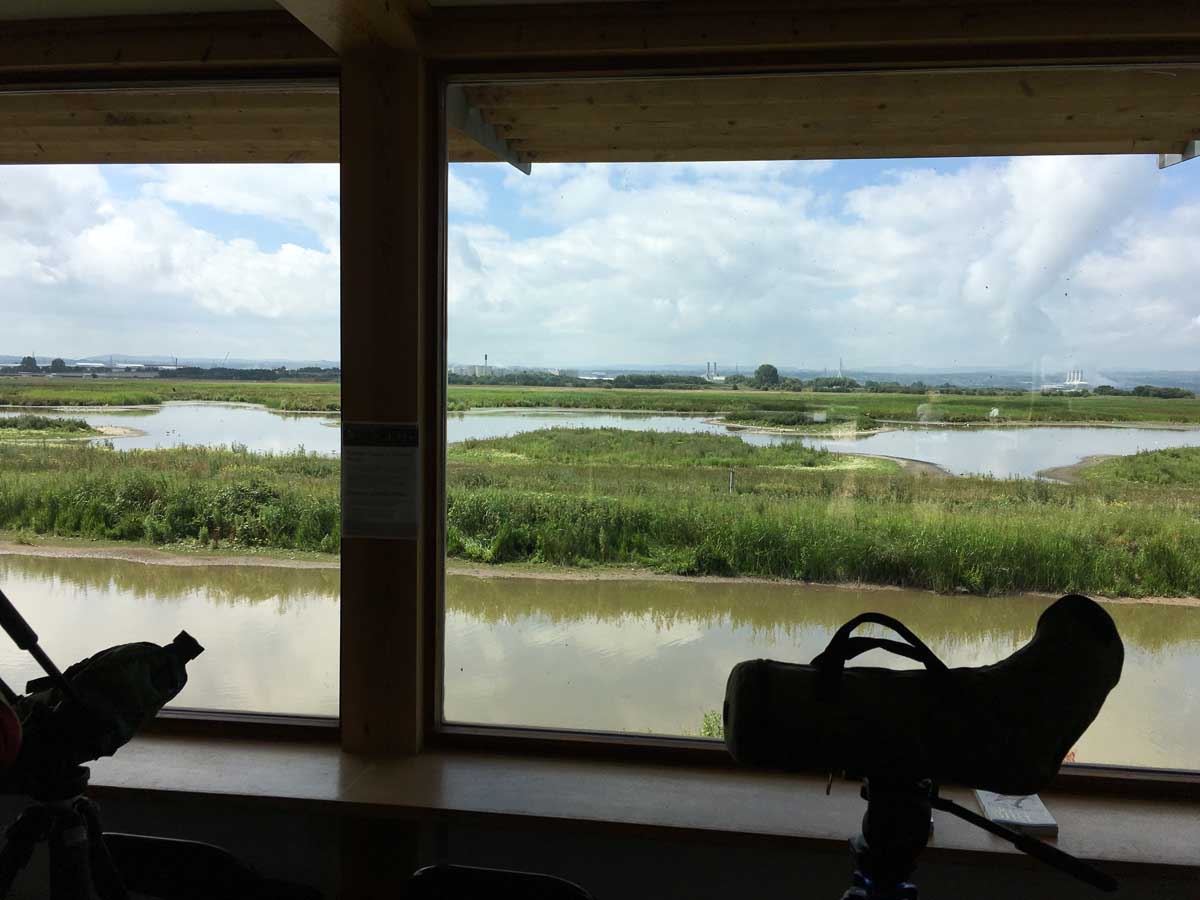 
We checked back into Bolton early afternoon where Julian spent a quality ten minutes with his loving mum, and we would soon commence Part 2 of the trip...