An Old World Dunlin, and hybrid

August 29, 2008
While birding South Beach, MA on Friday the 22nd, I came across two interesting calidris sandpipers that were feeding on the incoming tide in the same general area.

The first bird was a small alternate-plumaged Dunlin that immediately caught my eye. Especially after having just seen a couple of typical hudsonia Dunlin, this bird’s small size and short bill were striking. In addition to the size and structure, a few other things stood out as well. It’s scapulars seemed to lack any trace of red. Instead they showed a golden-buff. The bird’s face was also decidedly brownish and not very pale, and the upper breast was very heavily streaked, nearly all the way down to the upper border of the black belly patch. It had a dark-headed and dark-breasted look…obviously darker than your typical hudsonia.

I caught up with a group of birders and got them on the Dunlin, which we watched for quite some time. One of them mentioned that the bird almost had a Least Sandpiper feel/giss to it, which I thought was an interesting observation. This sort of impression was likely due to the bird’s small size, short down-curved bill, short-ish legs, and brownish upperparts/head/upper breast.

I’m having some trouble finding in-depth coverage of separation of the Old World Dunlin subspecies, but this bird seems to match C. a. arctica in many respects. I have zero experience with arctica and schinzii, so any comments from experienced observers would be especially welcome.

Interestingly, a small-billed Dunlin has been seen for three summers now at South Beach. In 2006 Blair Nikula photographed a first-summer bird, photos HERE.
Last summer, Marshall Iliff found an alternate-plumaged arctica Dunlin here. Could this be the same bird 3 years in a row?

Here are some photos including a couple showing size comparison. It appeared to be the same size as Sanderling in the field, and this shows up in the photos as well. The images have not been altered in any way other than being cropped (no sharpening, no color alterations, etc). Click them for larger views. 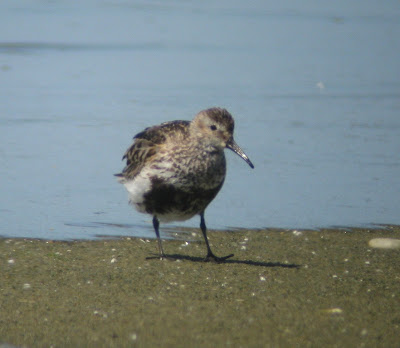 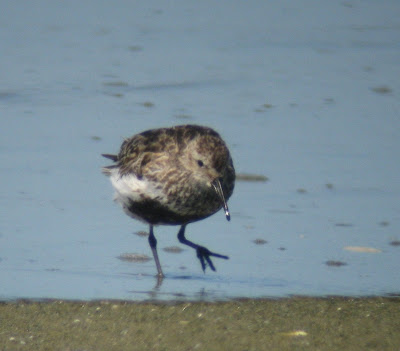 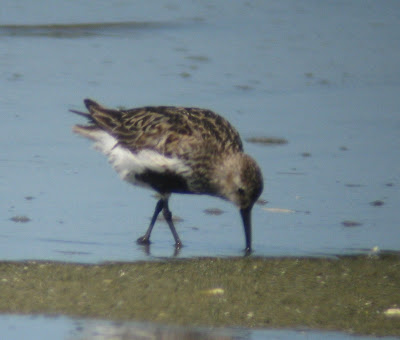 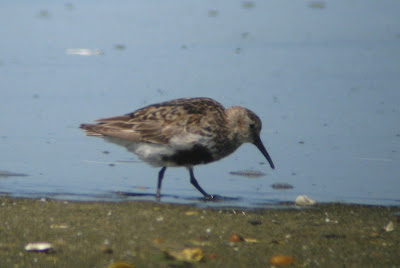 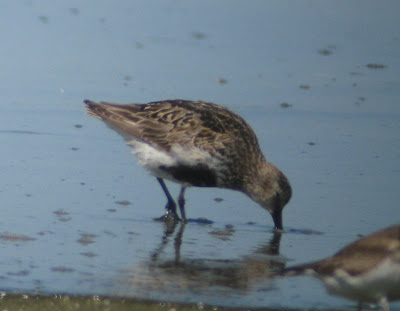 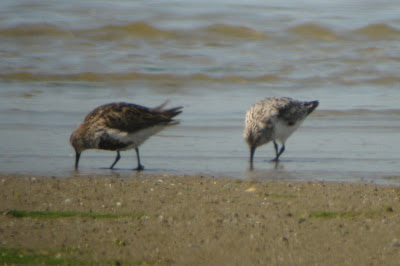 For additional, larger images click HERE. I can send originals on request.

The other interesting bird was one of the two presumed hybrids photographed by Cameron Cox, Blair Nikula and others over the past two summers. There has been a rash of sightings of similar birds in the eastern US recently, proposed as potential White-rumpedXDunlin hybrids.

I snapped some photos of that bird, which are posted below. I cannot currently offer a better suggestion than probable White-rumpedXDunlin, but the complete lack of a black belly patch in all of these similar eastern US birds makes me scratch my head a bit. In flight, the uppertail showed a diffuse line up its center, as if intermediate between White-rumped Sandpiper and a dark-rumped bird. 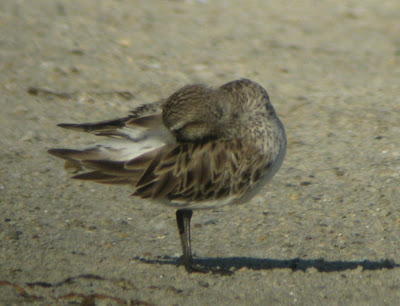 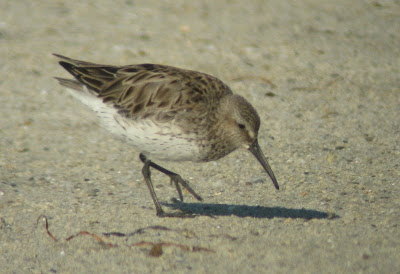 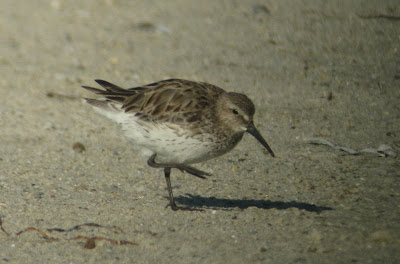 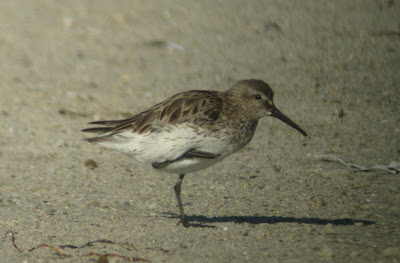 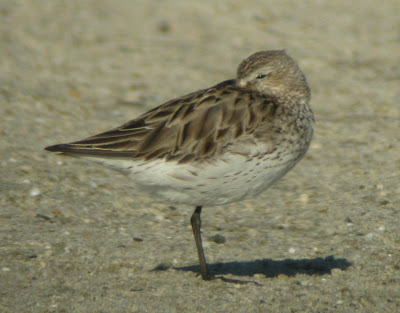 HERE is a link to Blair’s fantastic set of images from earlier this summer.