August 10, 2008
While birding Sandy Pt on Saturday afternoon, a juvenile Western Willet was present among five or so juvenile Eastern Willets (the local adult Easterns seem to have departed). I was able to grab a few decent images of both subspecies. Separation of Western (inornatus) from Eastern (semipalmatus) Willet is something that is being attempted more and more lately, and it is very doable especially when both subspecies are present side-by-side. Someday these two subspecies may be split into full species, so it would be outstanding to get a head start on identifying every Willet we see. 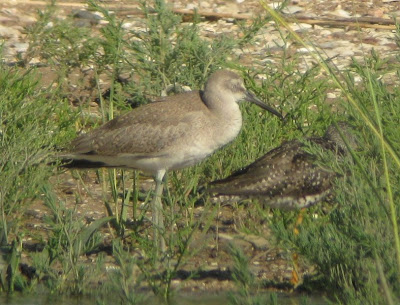 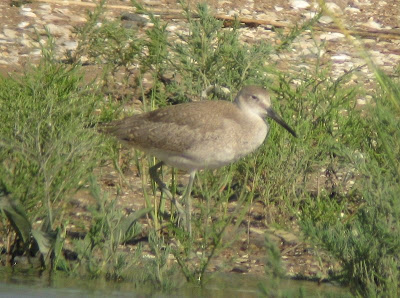 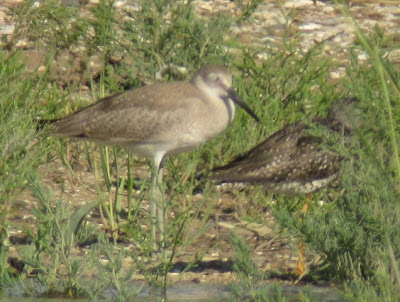 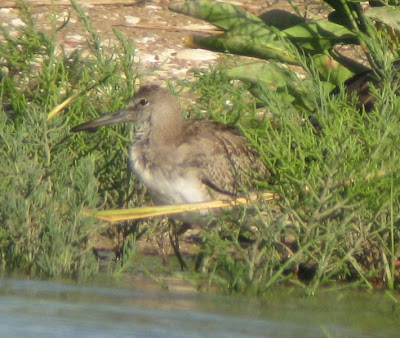 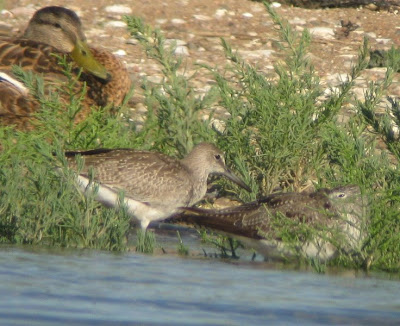 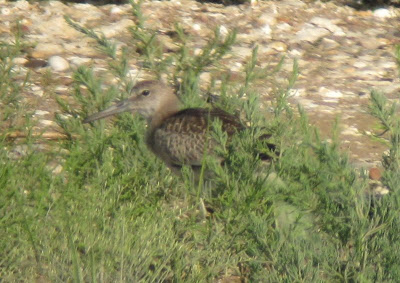