September 05, 2010
UPDATE 9/8/10: It seems certain that this bird is indeed a COSTA'S x LUCIFER HUMMINGBIRD hybrid, apparently the first of its kind recorded. 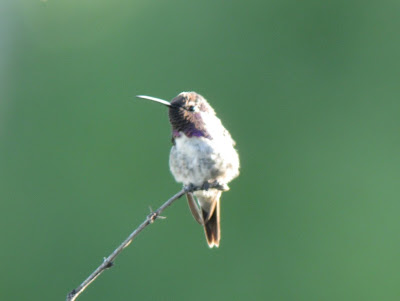 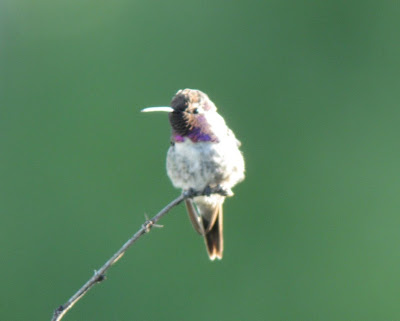 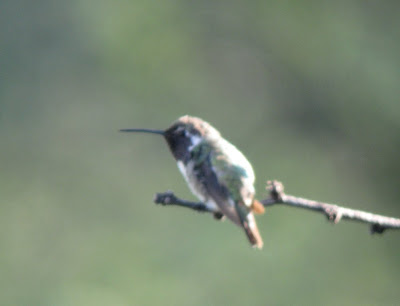 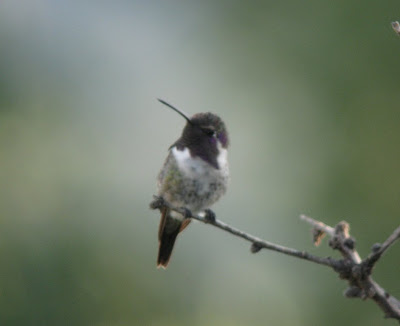 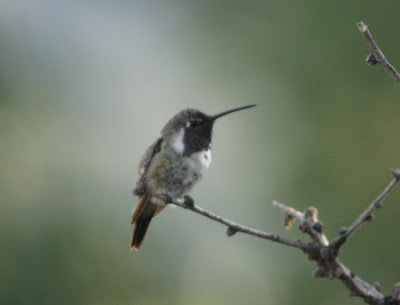 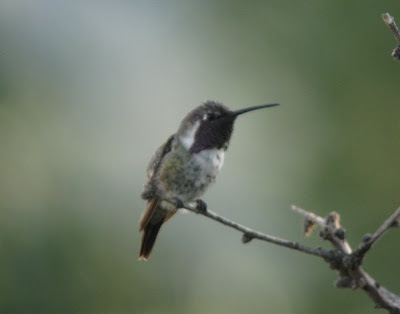