I spent Thursday morning birding Hammonasset Beach State Park in Madison, CT from about 0630-1100. The first sharp cold front of the fall season had moved through the day before. The weather began cloudless with a breeze out of the W-WNW, but then became mostly cloudy with a stiff NW wind by mid-morning.

BOBOLINKS put on a big flight, with over one thousand tallied this morning. Flocks maxed out at about 90 birds. There was a modest warbler flight, best of which was a drab young female CAPE MAY WARBLER seen in a mixed flock along the entrance road.

The newly-designated Middle Beach parking lot, next to the brand new pavilion, had a small flock of sparrows in which the clear highlight was a really sharp CLAY-COLORED SPARROW. It's my earliest CCSP by several days, but they typically arrive around Sep 20th or so, making them one of our earlier scarce sparrow species. In checking eBird for their bar graph in CT, I was surprised to see that the month of September was void of records. That bothered me a bit, so I just went and entered all of my local CCSP records into eBird which included a few September birds.

Next I drove to the Nature Center parking lot to find a juv BUFF-BREASTED SANDPIPER and an adult AMERICAN GOLDEN-PLOVER feeding together on the lawn. Later they were joined in flight by a single PECTORAL SANDPIPER, and the trio continued westward, presumably relocating to a different part of the park. 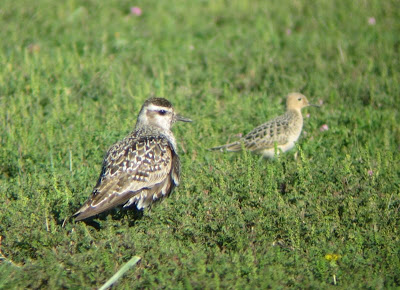 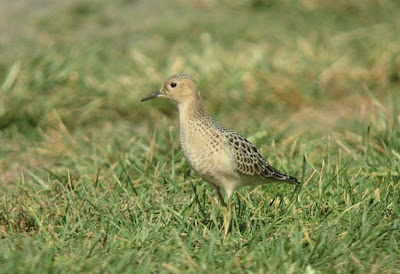 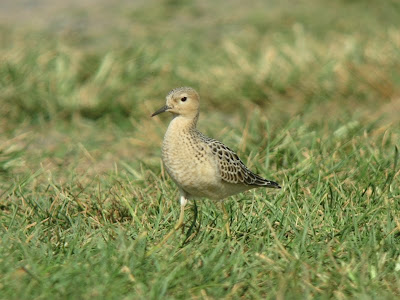 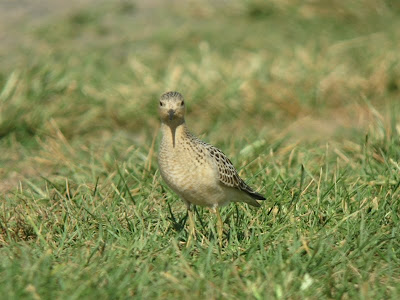 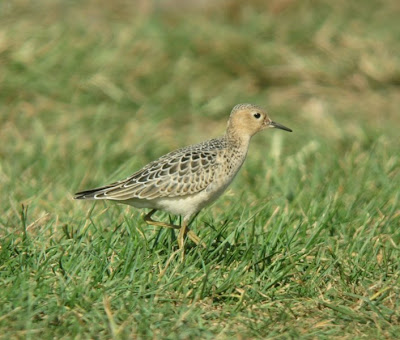 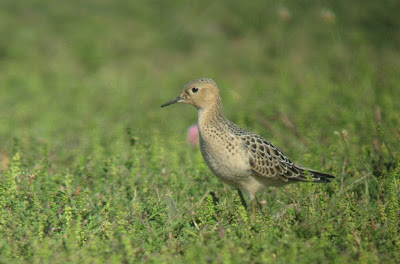 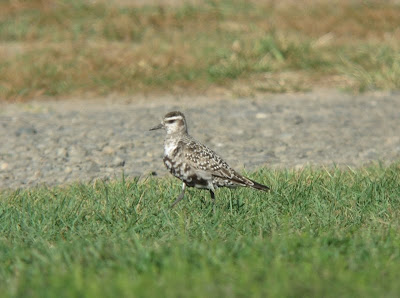 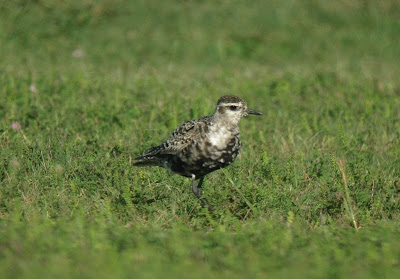