August 23, 2011
Last Friday night, just after 9pm, a full boat departed Point Judith for an overnight travel to Block Canyon in Rhode Island waters (waters also claimed by NY state for those of you keeping score at home).

We arrived at the tip of the canyon at dawn and were greeted by a slow but steady trickle of Wilson's Storm-Petrels and Great Shearwaters along with Finback Whales and Risso's Dolphins. Little did we know this was the most life we would see until we returned to the same area later in the day!

The plan was to steam out to deep water (5-6000 ft) where we had success last year in the form of Black-capped Petrel, Band-rumped Storm-Petrel, and Long-tailed Jaeger. This year, however, we had nothing but a verrry slow trickle of WISP and GRSH. We ran east to the Massachusetts line at this depth, headed back north into 2500-3000 ft and ran back west to the canyon...again with slim pickings despite setting up a couple chum slicks. 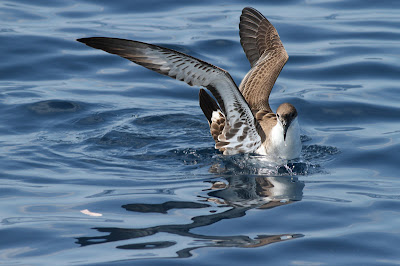 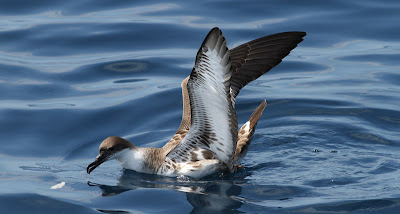 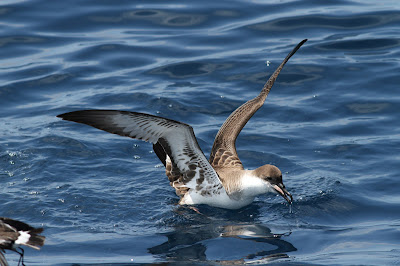 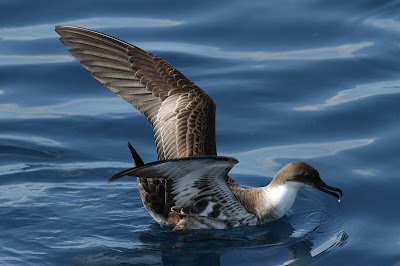 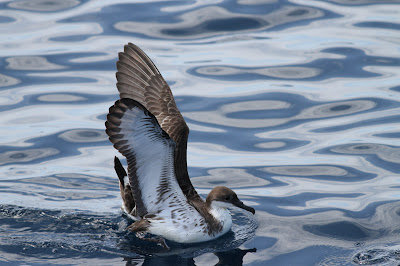 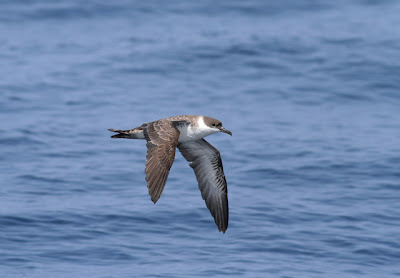 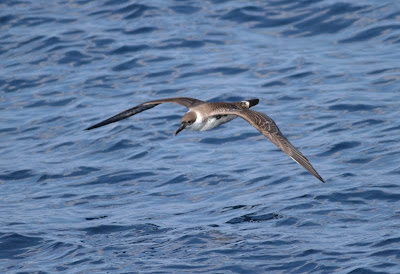 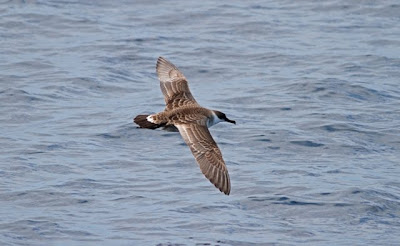 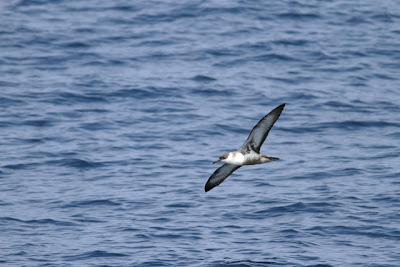 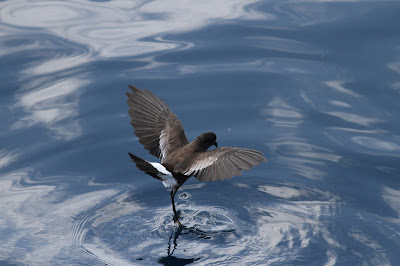 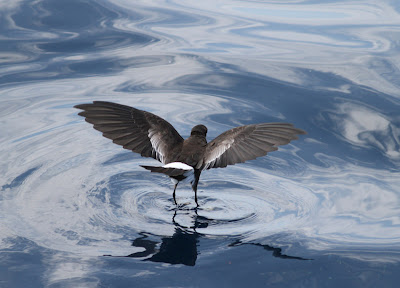 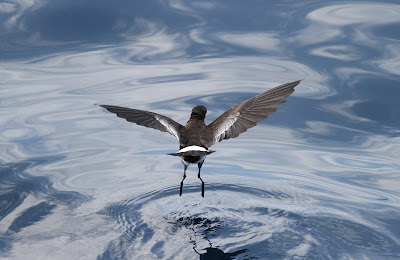 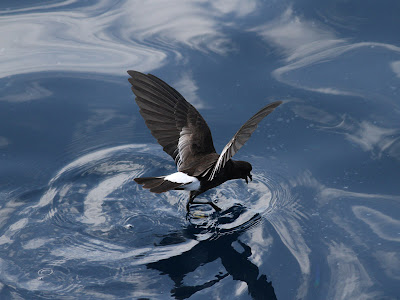 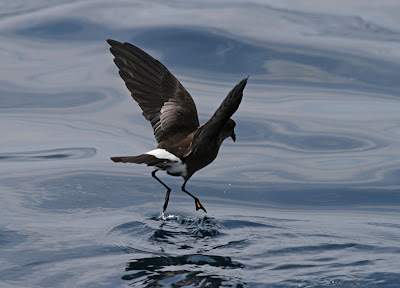 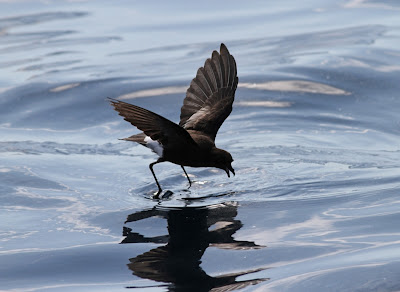 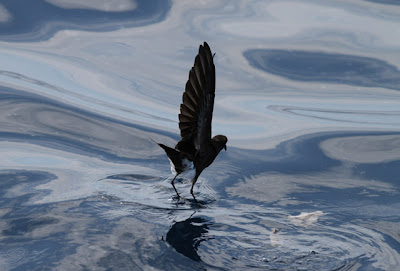 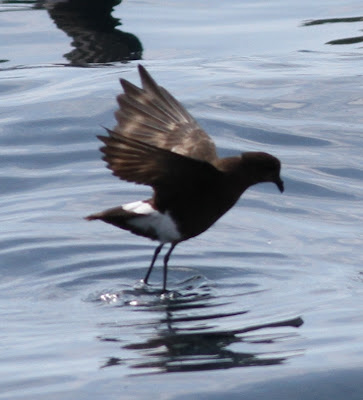 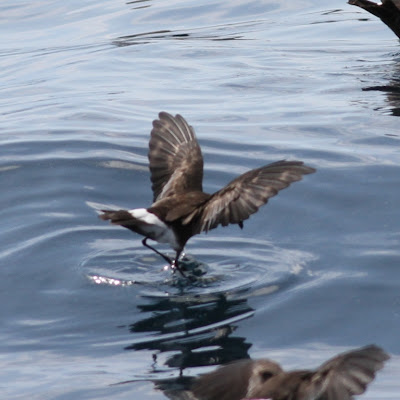 Upon arrival back at the canyon the birdlife picked up again and we had our two best birds of the day. First was an adult BRIDLED TERN that only a handful of people saw (poorly), but Doug Gochfeld was able to grab a few record shots to confirm the ID.

Just before we started our journey back to land we had a very cooperative AUDUBON'S SHEARWATER give us nice looks for a while. 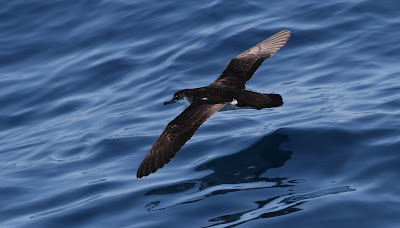 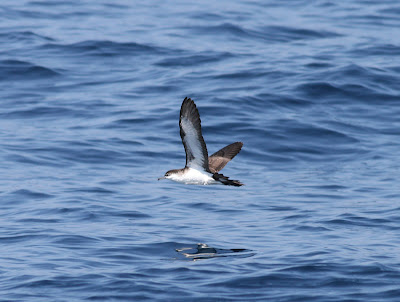 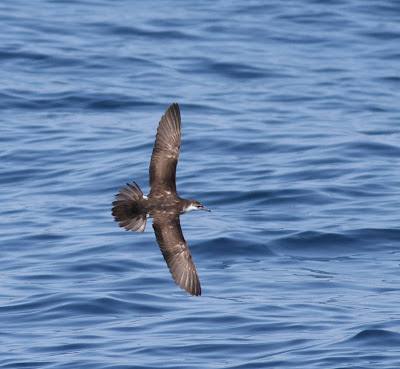 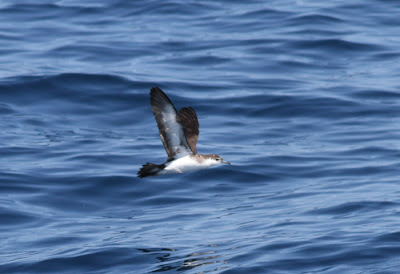 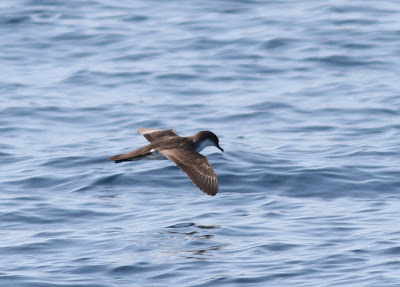 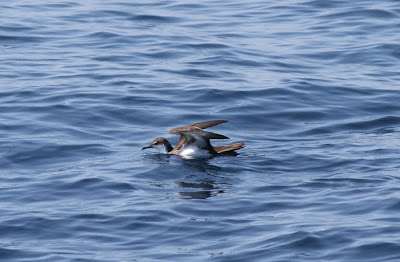 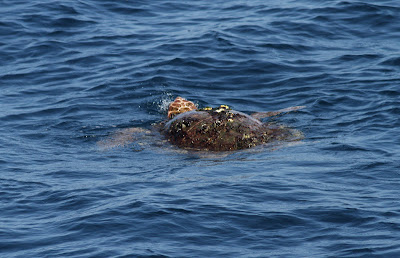 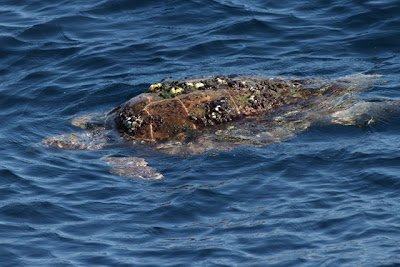 It's always fun to be out there, but we had a really slow day. We made the best of it, working hard for what we did get. The water wasn't terribly warm, and there were no sharp temperature breaks to be found. We had nice blue water, but only scattered tiny bits of sargassum weed. Here's a sea surface temperature map from the 19th: 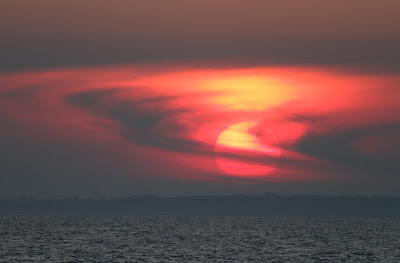 We were back at the dock around 10pm, about to begin the drive home when...

John Oshlick called to let us know that the immature Brown Booby was back at Corporation Beach in Dennis, MA that afternoon after a couple days' absence. Bummer, only 2 hours away but we had things to do back home on Sunday. As we were packing up the car I joked that we could probably see the bird in the car's high beams, recalling that the bird's favorite jetty was right in front of the parking lot. Joking turned into "Can we really pull this off?" conversation once we realized it would be a life bird for three of the car's passengers (Glenn, Phil, and Charlie). I called John back to confirm that it might be possible to spotlight the bird, as he was just there a few days ago to see it so the layout of the place would be fresh in his mind. He also thought it was possible. We decided to go.

We arrived at Corporation Beach at 12:30am, now August 21st. Sure enough the jetty was well-lit by our headlights. But...no bird. Delirious at this point, we shook our heads after a few thorough scans of the jetty without success. Before we left I checked the Massbird listserv one last time and noted a post from our friend from CT, Alex Burdo, who saw the bird that evening. He noted that the booby was on a large rock behind the jetty in question, rather than on the jetty itself.

So we climbed around the jetty with 200-lumen flashlight in hand, located a group of large rocks, and there it was, Brown Booby sleeping soundly on a rock at 1:00am. Check!

After the others enjoyed their spotlit life Brown Booby, we left for the long drive home. Somehow Phil was able to get us back into CT without falling asleep at the wheel (though there was some lane-wandering at times) and we were all in bed well before dawn.

Definitely a chase we won't soon, or ever, forget.