August 16, 2012
Back on June 26th, while casually birding Hammonasset Beach State Park in Madison, CT on a beautiful afternoon, Carolyn Sedgwick and I observed the heron pictured below. When scoped from a great distance the bird resembled a Tricolored Heron, but a closer look revealed that a few things were 'off' for that species.

It turned out that this was one of the "mystery herons" first noted LAST summer at this location. An abbreviated timeline of these birds is as follows:

Summer/Fall 2011 - Two or three juvenile herons, superficially much like TRHE, were reported throughout this period. Abnormal for TRHE were white-edged feathers that would normally show rust in this species, plus bill structure intermediate between TRHE and LBHE. Mark Szantyr, who may have been the first person to point out that these birds were not typical TRHE, captured some great images. Mark raised the idea of hybridization as a possibility. Of note, most birders were happy to count these individuals as Tricolored Herons and reported them as such.

Spring and early Summer 2012 - Many reports of a TRHE were posted to the state listserv during this time period. When Carolyn and I first spotted this individual (photos below) I had expected it to be a typical TRHE, but was a bit surprised to find that it was almost certainly one of last year's mystery juveniles...now sporting first-spring plumage. Once again, the features that seemed incorrect for TRHE just so happened to be fine for a bird with LBHE genetic influence. However with the main plumage abnormality still being disproportionate amounts of white, leucism could not be ruled out (even though the structural differences remained). 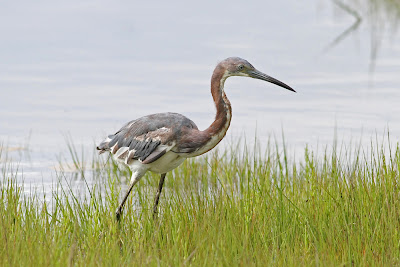 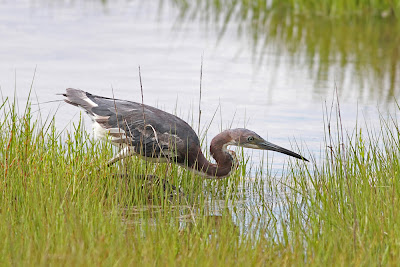 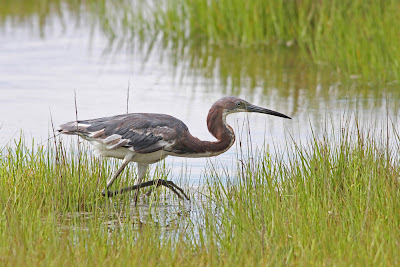 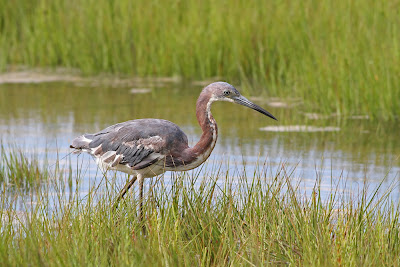 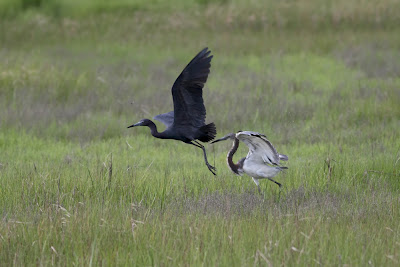 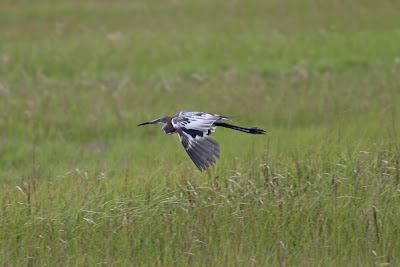 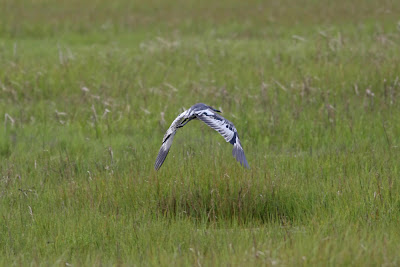 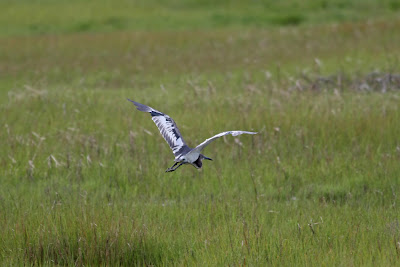 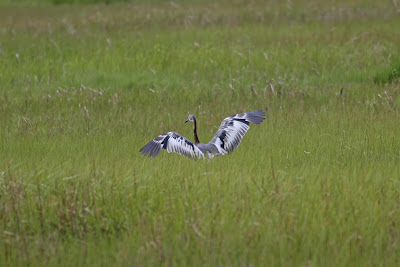 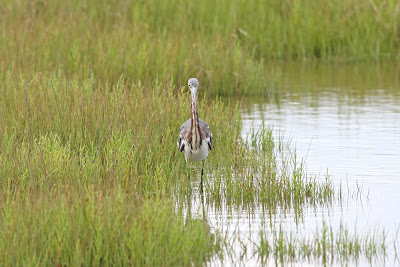 Fast forward to August 2012 - Mark Szantyr again observes TWO first-summer mystery herons, one of which is darker than the other. His photos of this dark bird are located HERE. This bird, again showing obvious characteristics intermediate between Tricolored and Little Blue, differs in one important way: it is now showing DARK feathering in places that should be white in a pure Tricolored (belly, thighs, etc).

So, in both plumage and structure, over their first 14 months of life these birds have shown many features perfectly intermediate between TRHE and LBHE with leucism pretty much ruled out at this point! Technically we're still missing genetic proof, but these "mystery" herons are really no longer a mystery.

It will be interesting to see what this/these birds look like when they are last seen this autumn. And equally fascinating will be exactly what they look like next spring if they return again. Following these birds, mostly via photographs by others, has been rather interesting. I've still only had that one encounter with one of them, but nobody has spent more time with them than Mark Szantyr who deserves major kudos for following-up over the past two summers.