September 20, 2015
Last year, the adult Zone-tailed Hawk(s) that summered in Massachusetts and Nova Scotia almost certainly passed through Connecticut without being noticed, only to be seen on September 27th at the Cape May (NJ) and Cape Henlopen (DE) hawkwatches. At least a few CT birders were aware and ready last year, but came up empty regardless and were disappointed that we had missed it.

Fast forward to this past summer, when birders in Rhode Island had an adult Zone-tailed Hawk on August 15th. The sighting was a one-off, and the bird was not seen again. Still, it put local birders on alert to the bird's presence. We were ready again this year...particularly Julian Hough, who went through the trouble to personally alert the state's hawkwatchers to the possibility that it would come through again this year. Julian had missed the bird in Cape May last year by just eight minutes...

At 10:47 this morning, Liz Hill spotted a Turkey Vulture that ended up not being a Turkey Vulture. It was the ZONE-TAILED HAWK. Hysteria ensued as word spread throughout the park, which was full of birders of all types as today was the annual Migration Festival at the park. 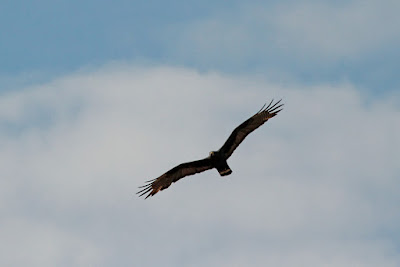 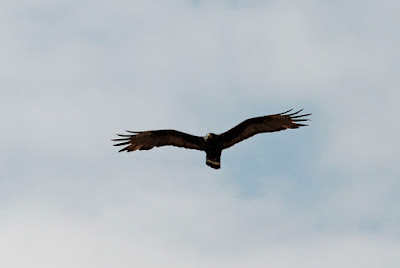 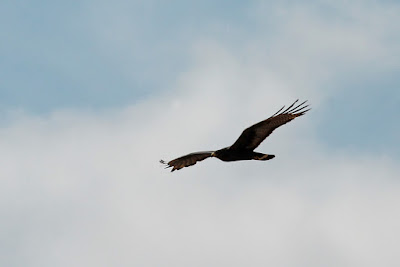 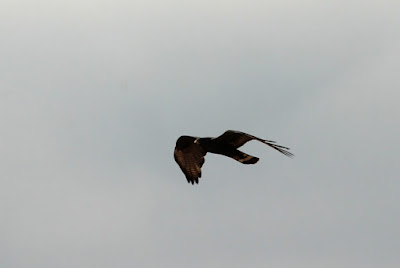 In case you're wondering...no, Julian did not see the bird. He was in his car less than 15 minutes away, on his way to Lighthouse Point.