December 18, 2008
On my way home from eastern Mass early this morning, I stopped at Harkness Memorial State Park in Waterford. The front gates were closed so I had to walk in, which turned into a good thing when I pished up two Eastern Towhees across the street from the park entrance. The only bird of note on the water was a female COMMON EIDER, pictured below. 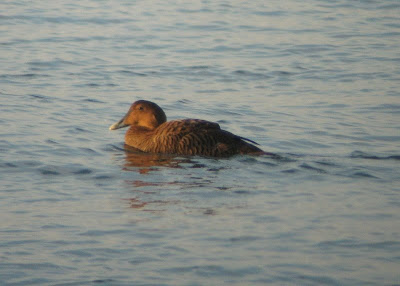 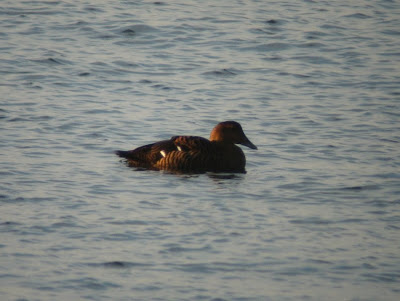 From the coast I headed inland to the Windsor-Bloomfield Landfill, where Brian Klienman was already gulling when I arrived at 10am. James P. Smith soon joined us. Brian left later in the morning but James and I continued working the gull flocks until 2pm. Highlights here were 3 Glaucous Gulls, 2 "Kumlien's" Iceland Gulls, and 1 Lesser Black-backed Gull (Brian saw a second LBBG). 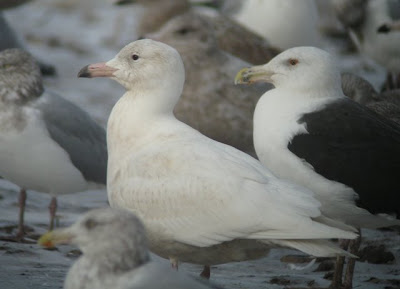 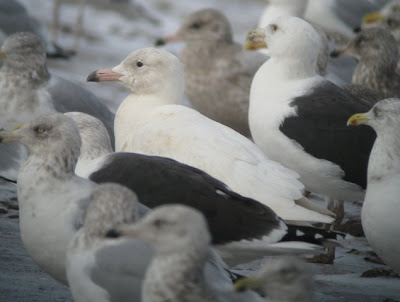 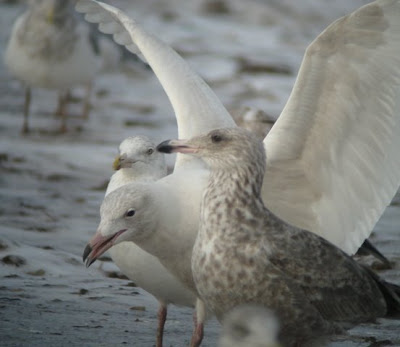 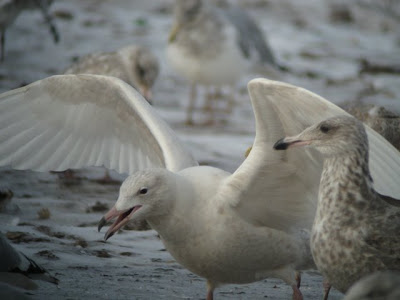 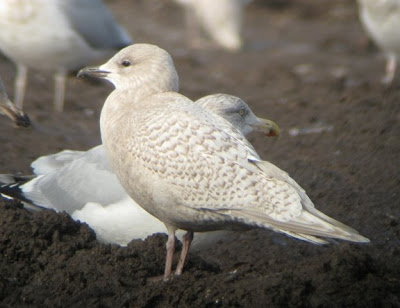 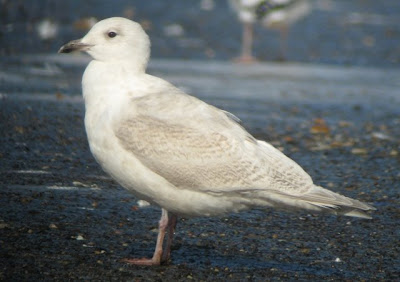 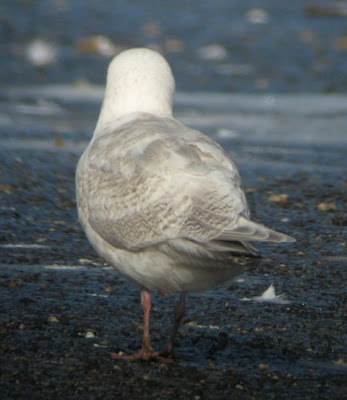 The above two images are of an immature "Kumlien's" Iceland Gull...is this an advanced first-winter or a retarded second-winter? I'm leaning second-winter despite the dark eye and mostly dark bill, but I really don't know. 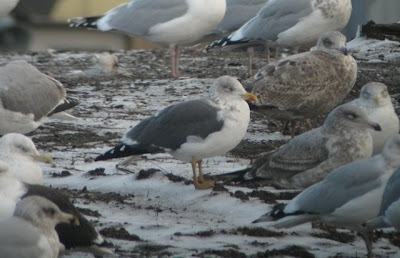 adult Lesser Black-backed Gull
Before finally getting home, I checked on a few local ponds and fields in a sorry attempt at scouting for Saturday's CBC. Upon getting out of my car at Lake Wepawaug, several dozen Canada Geese took flight from the water. I heard a higher-pitched call in the flock and quickly picked out a Cackling Goose as it flew low overhead. Also, one of the Canadas in the flock had a yellow neckband with 'GIT' in black letters. I wonder if this is a Greenland bird like the ones seen in Wallingford recently.