December 09, 2008
I'm still thrilled about that Slaty-backed Gull. So much so that I can't help but review Mark Szantyr's incredible images on a near-daily basis. I also found one more of my photos that I thought was worth posting. It was one of my first looks at the bird, when a large, angry-looking dark-backed gull popped-up among the feeding masses. While feeding, this SBGU was very aggressive, chasing whichever bird stood in its way. 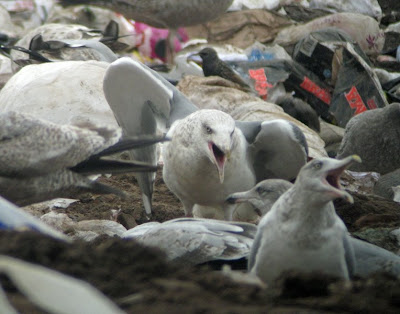