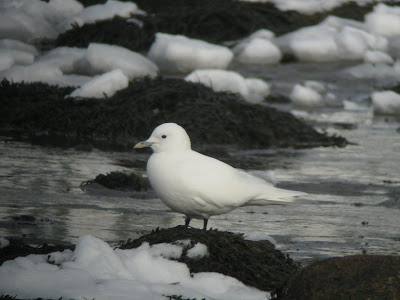 adult Ivory Gull, found by Jeremiah Trimble on 1/17 and still present on 1/19

One of (if not the most) stunning birds I have ever seen, period. It was worth every second of the wait.

I was lucky enough to find myself in Boston visiting my girlfriend for the long weekend when Andy Griswold left a message on Saturday about the gull. After composing myself (and waiting for Kim to 'get ready') we rushed up to Gloucester. Upon arrival at the small parking lot, the gull was flying (more like floating) around the small cove right next to us. Simply unbelievable. Despite the cold weather we spent the entire afternoon with the bird as it put on a show for us.

One day wasn't enough though. I spent all of today in Gloucester, though a good portion of that time was spent waiting for the Ivory Gull to reappear. Over the past two days it has begun spreading out around the harbor, spending less and less time near the lighthouse parking lot. No big deal...there were plenty of gulls coming and going, including a nice first-cycle THAYER'S GULL (pics to be posted soon). But when the bird was there, it put on a freakin show.

More pics and video to come. 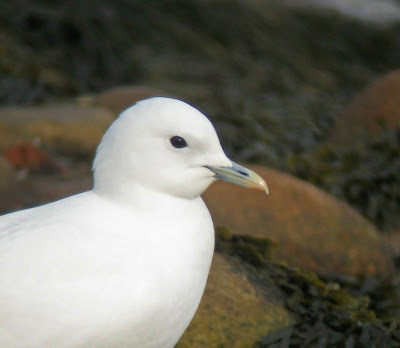 Close views in nice light revealed the bill to be beautifully colored - a blue-green base and a yellow tip with a hint of orange. 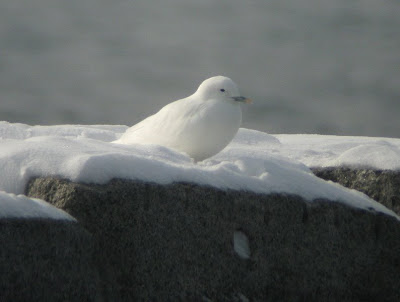 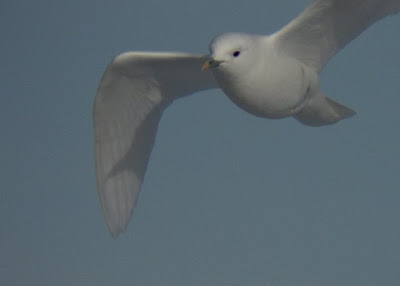 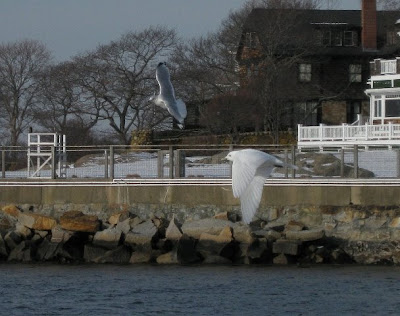 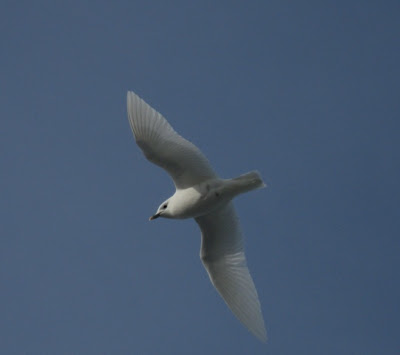 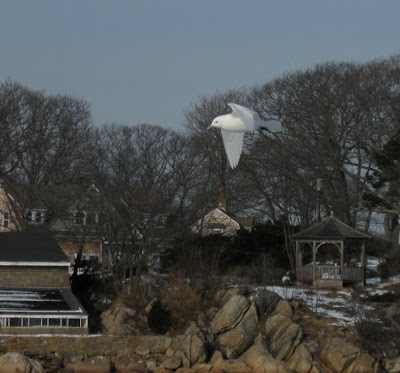 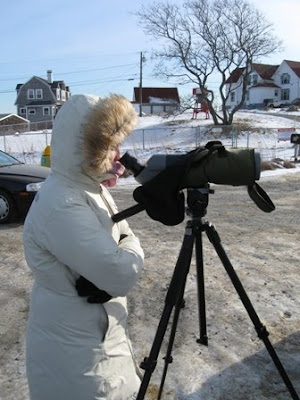 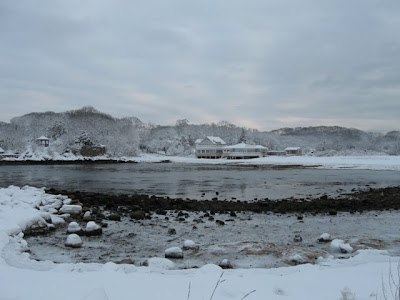 A view of the bird's favorite cove from this morning.