January 20, 2009
While watching and waiting for the Ivory Gull early on Monday morning with a few other early risers, I spotted a Thayer's-like Gull roosting on the dogbar jetty at Eastern Pt in Gloucester, MA. It was quite distant and very content with sleeping, so it was impossible to ID with any certainty, but everything visible looked good for Thayer's, including an entirely juvenal set of scapulars. The bird briefly lifted its head a couple times, showing a rounded head and a dark bill with a pale base. The paleness of the bill made me feel a bit uneasy because most Thayer's seem to show a rather dark bill. 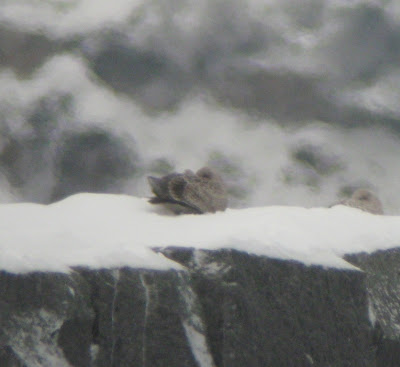 Digiscoping in such low early-morning light resulted in poor images, but this one gives an idea of what we were looking at.
Later in the morning Jeremiah Trimble relocated what looked to be the same bird right in the cove next to the parking lot where we had some great looks including a short flight. Jeremiah captured some nice images of the open wing. 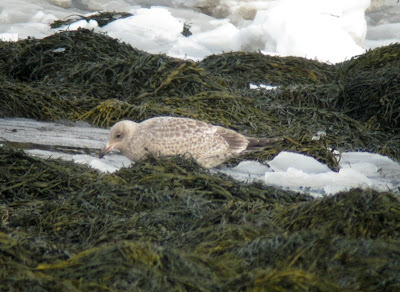 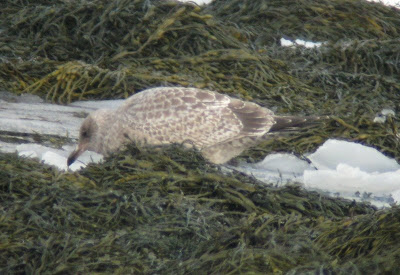 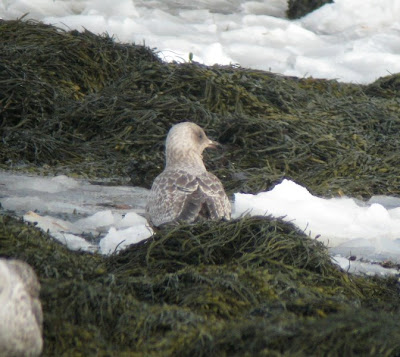 In speaking with Jeremiah and Rick Heil, plus doing some research, it appears that this amount of pale at the base of the bill is OK for Thayer's in mid-late Jan.
- NB