March 20, 2009
A brief tour of the West Haven/Woodmont shoreline in search of gulls was extended for several hours after finding this adult "Common" Mew Gull (L. c. canus, the European form) at Bradley Point in West Haven, CT. I was primarily in search of Little Gull today, planning on getting home for the start of the 12:30 NCAA basketball games. A stop at the beach/flats at Bradley Point didn't reveal any Boneys, but there were plenty of Ring-bills. Five minutes into the scan I was lucky enough to encounter this bird while it had its bill out. At times it was very cooperative, while preening and showing its bill. For extended periods, though, it would tuck away to sleep, at which time it was nearly impossible to pick out among the Ringers if you didn't know it was there. The bird's mantle was a touch darker than RBGU, but not by much, so it could easily be overlooked while at rest. 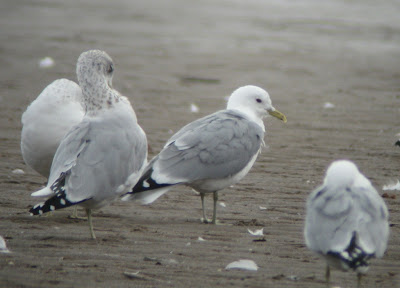 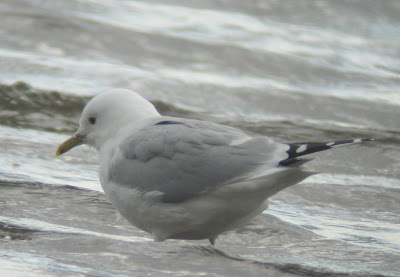 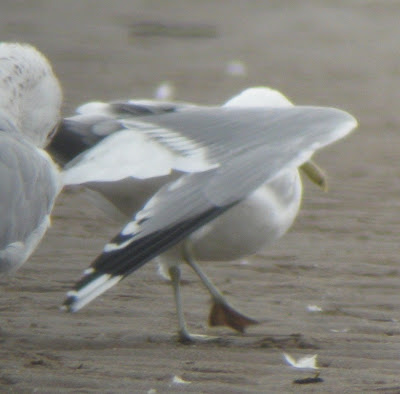 Large mirrors on p10 and p9. P8 is extensively black with no mirror. P4 without black markings. 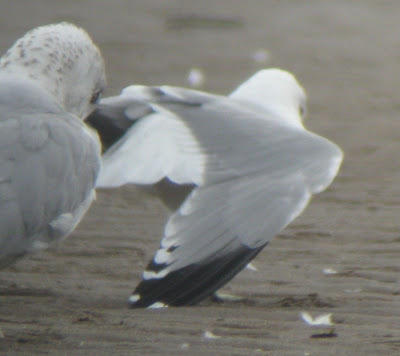 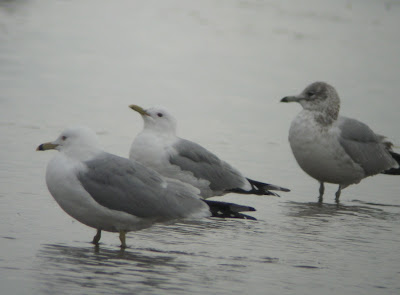 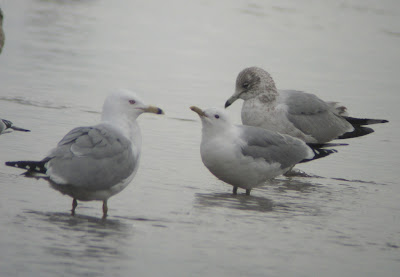 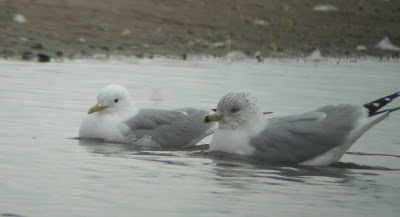 Rather clean white head, with some dark speckling present on the forehead. 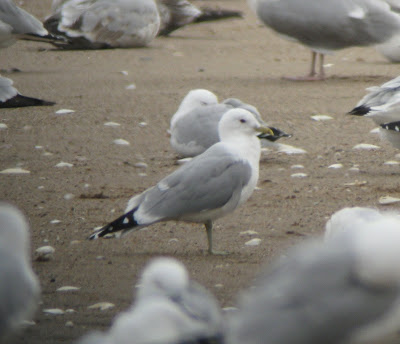 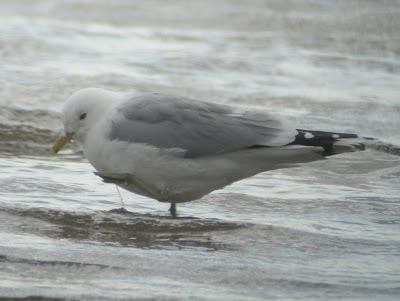 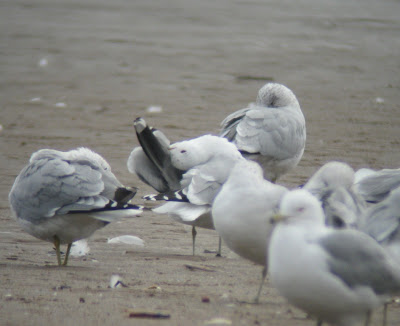 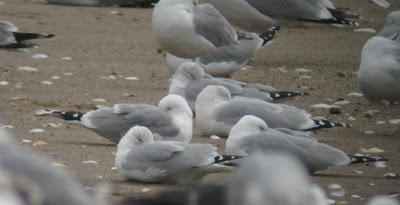 The Common Gull is the only sitting bird with its body facing right. Note the slightly smaller size and darker mantle.
Well this one felt good. We were due in CT. I think the last (only?) one was in the 70s. This should constitute the first photographed record for CT and the first one identified to subspecies.
PS - Not bad for my least favorite time of year :)
- Nick
CT gulls/plankton