September in New England means that dozens of bird species are on the move south. Some, like Peregrine Falcons, travel singly. Others, like the Broad-winged Hawk, travel in bunches. Broadies stage one of the most spectacular migratory shows that can be seen in the region...it's something that I've never truly witnessed myself. I have yet to see over 1,000 Broad-wings in one day, but there are days where over 10,000 are tallied in mid-Sept if the weather falls right. Last week I was fortunate enough to catch a fraction of that number in my hometown of Orange, CT. Though we're not talking thousands of birds, I did catch up with one kettle of 112 hawks. 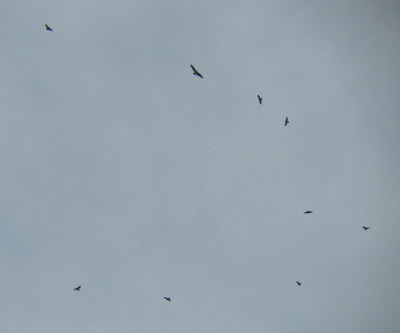 Broadies and an Osprey
Another September phenomenon occurs in the Phragmites marshes of the lower Connecticut River. Each autumn evening a staggering number of Tree Swallows come to the river to roost. Numbers have been estimated as high as a half-million birds. It's hard to even imagine something like that. Hopefully some of the pics and video below will at least give an idea...but this is something that really needs to be seen to be believed. 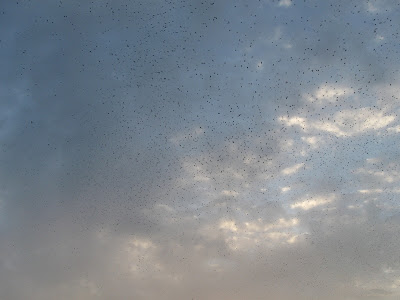 a small fraction of the couple hundred thousand birds 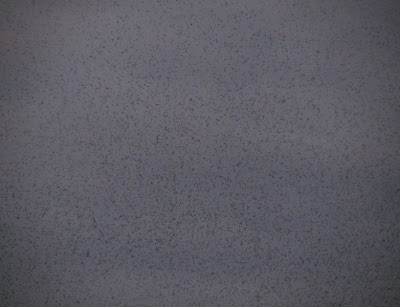 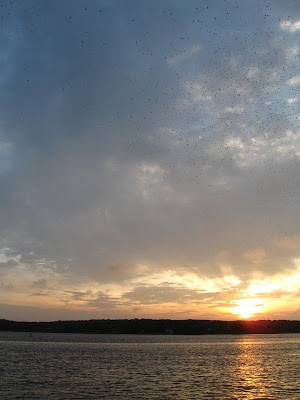 all those specks in the sky...swallows 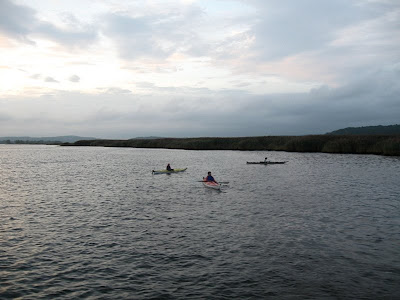 kayakers here for the show
This spectacle is only visible by boat. Cruises can be booked through Connecticut Audubon EcoTravel. In addition to the swallows we had great looks at 5 Bald Eagles and other typical species on the boat ride to the marsh.