April 13, 2014
Jan 31 - Dominica
Today featured my most anticipated port - Dominica. I had heard only amazing things about this island, which is often described as unspoiled and ruggedly beautiful. Turns out people were right.

Our stay on the island was book-ended by two awesome pelagic experiences.  Our morning arrival was not due until 10am thanks to the super long distance from yesterday's port, St. Thomas. This was unfortunate because we would have an especially short stay on perhaps the birdiest island of our tour. However our late arrival gave us a couple hours of seawatching as we steamed in from the west-northwest. We soon picked up a subadult MASKED BOOBY, followed by a second one, both of which proceeded to hunt flying fish off the port side of the ship for several minutes. The birds would fly at high altitude (often at or above our position on the 10th deck) until the ship kicked up flying fish below, at which point they would drop in altitude and plunge-dive after the fish. The birds seemed to know exactly what they were doing, so perhaps this is a common foraging behavior by boobies in these parts where cruise ships are common. We were fascinated to watch them do this over and over again. So cool.


After a while the Masked Boobies were joined by a first year BROWN BOOBY that began doing the same thing, only in different style. In contrast to the Masked Boobies which dove from height into the water after the flying fish had completed their "flight," the Brown Booby stayed at much lower heights and attempted to snag the fish in mid-air by pursuing them from behind. Sometimes the fish would run out of air, splash into the water, only to have the Brown Booby follow right behind them on the same exact trajectory. This was really fun to watch and kept us entertained for quite some time. 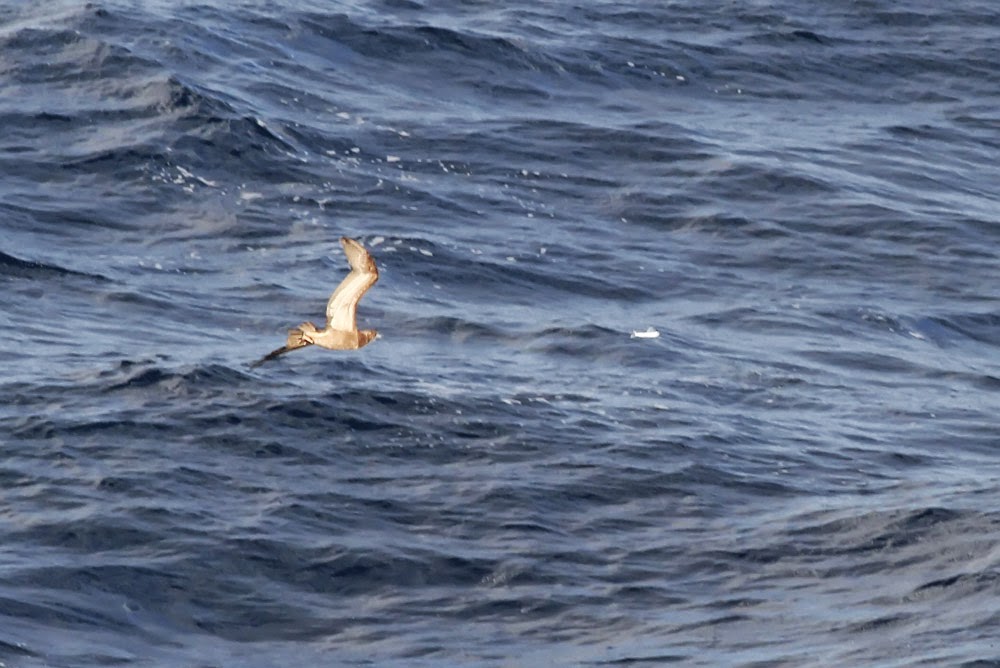 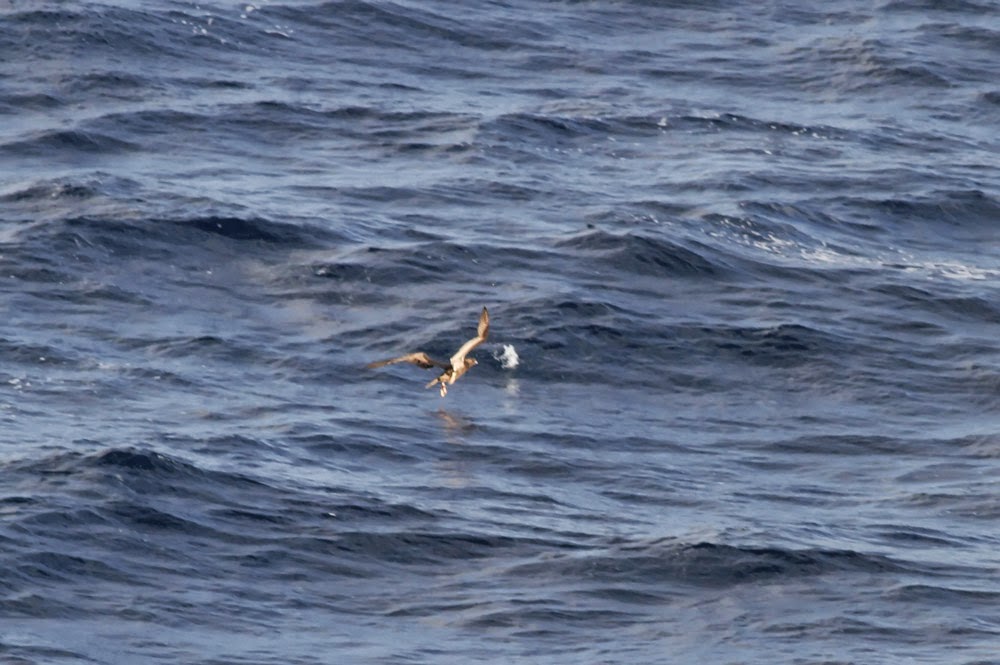 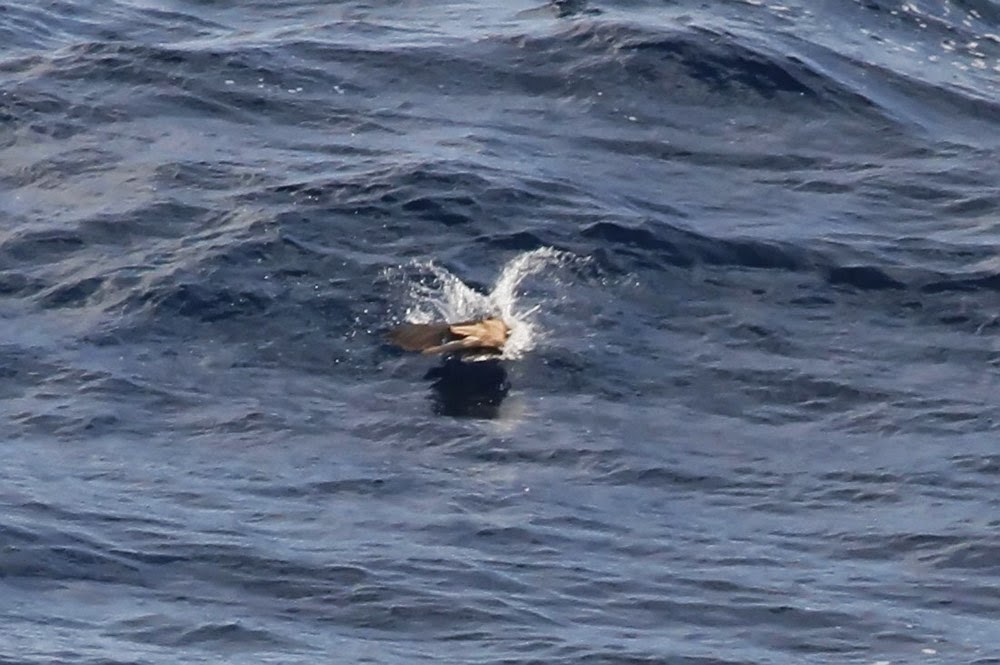 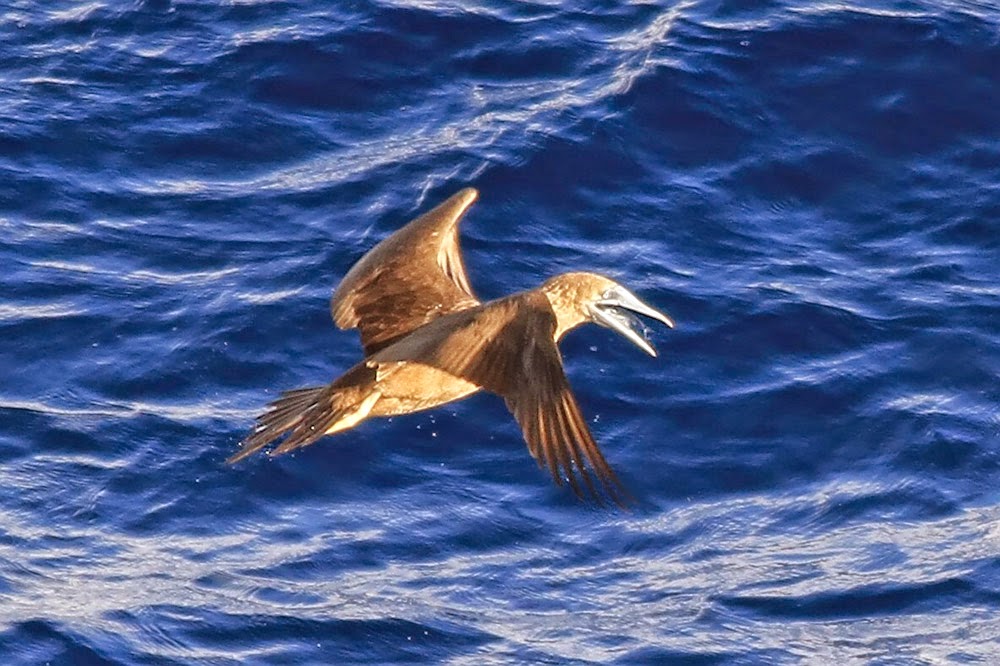 After the booby show (he, he) we disembarked the ship onto the island and began birding with our terrific guide, Bertrand Baptiste. Knowing we only had a very limited amount of time, Bertrand perfectly paced our group and focused on the island's (and region's) endemic birds. Dominica is home to two endemics: Red-necked Parrot and Imperial Parrot. But there were also several Lesser Antillean endemics to look for too.

At the Layou River mouth we had what was probably our least expected bird of the day, an adult LESSER BLACK-BACKED GULL. Increasing but supposedly just annual at best on Dominica? Bertrand was pleased with this one. Also here we had a pair of RINGED KINGFISHER, ANTILLEAN CRESTED HUMMINGBIRDS, and our first of many LESSER ANTILLEAN BULLFINCHES.


As we approached the Syndicate Trail of the Northern Forest Reserve, where both endemic parrots are possible, we had PURPLE-THROATED and GREEN-THROATED CARIBS (hummingbirds), a stunning BLUE-HEADED HUMMINGBIRD, LESSER ANTILLEAN PEWEE, and our first couple of RED-NECKED PARROTS.

We would spend the last part of our tour along the Syndicate Trail on vigil for Imperial Parrot. We had several more Red-necked Parrots here, and finally an IMPERIAL PARROT was heard calling from across the valley. The bird did take flight once, glimpsed by only me and Bertrand, and sadly was never seen again.

Our day on Dominica was awesome but ended all too quickly. Back to the ship for 5pm departure. 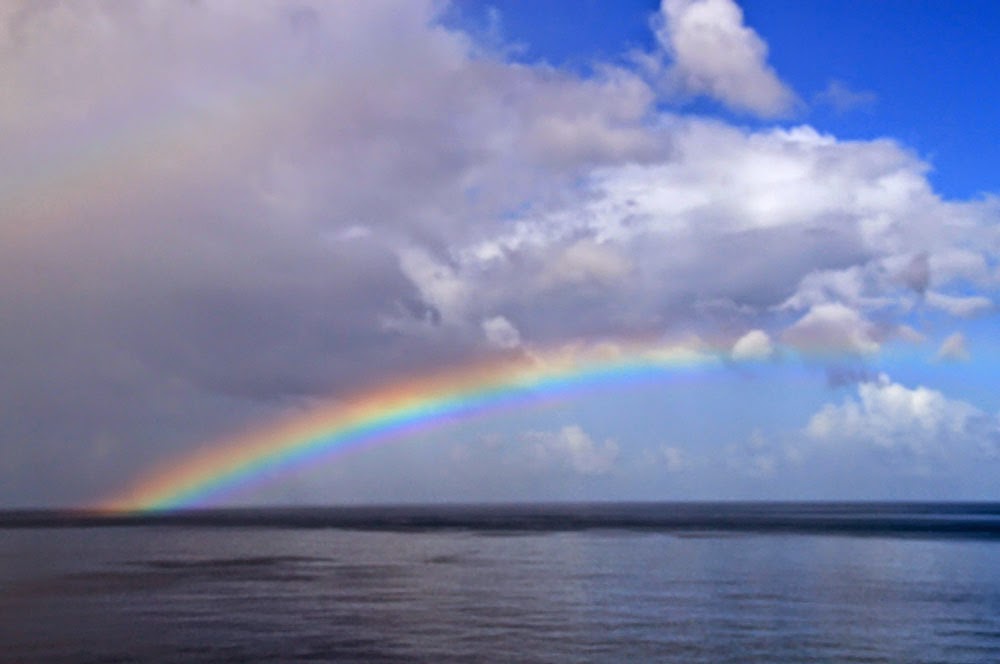 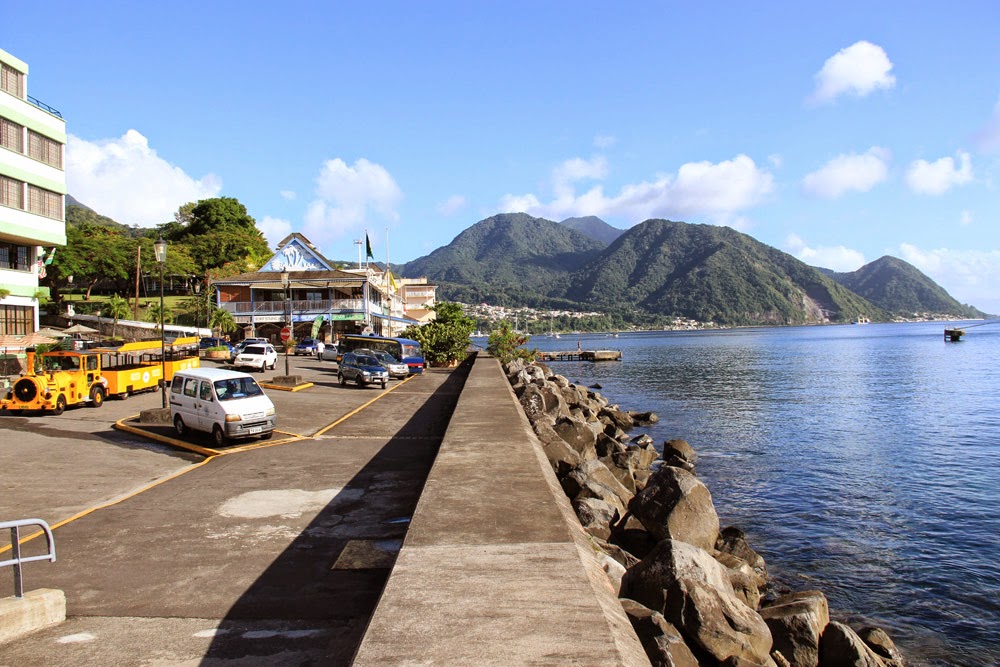 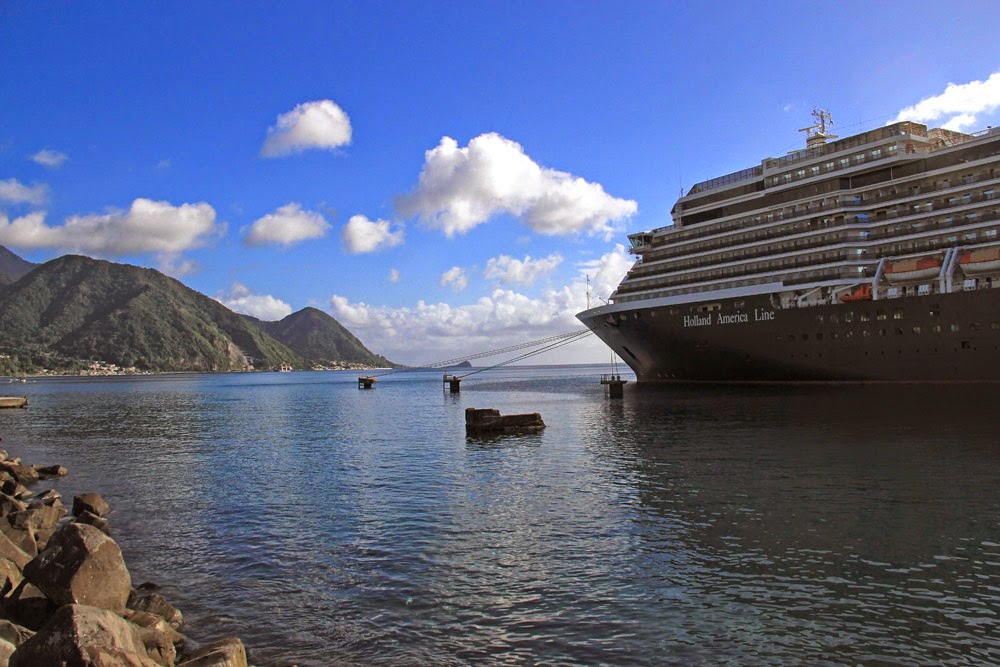 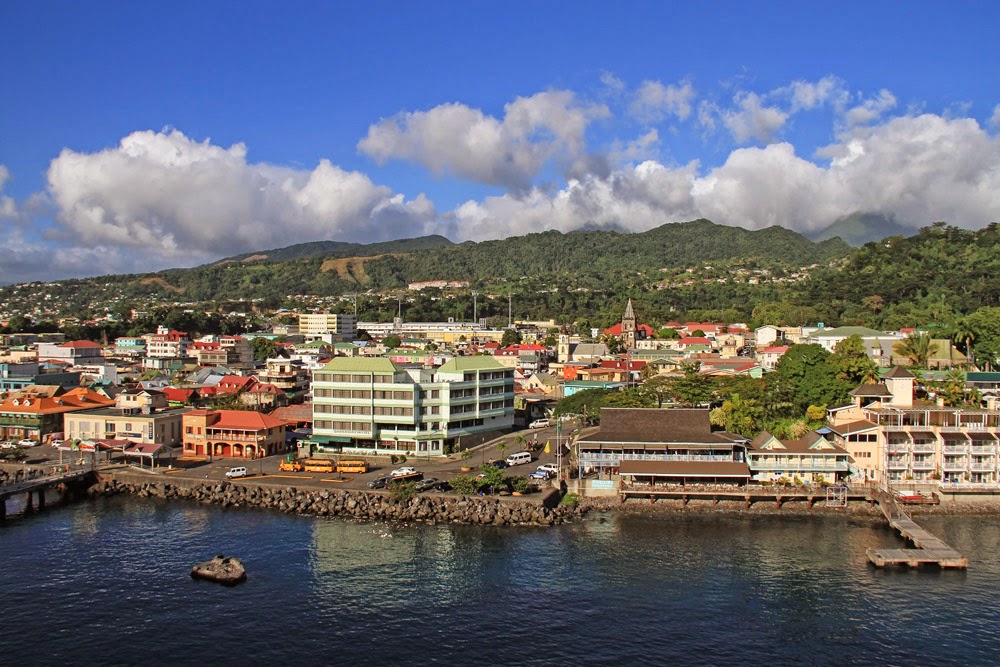 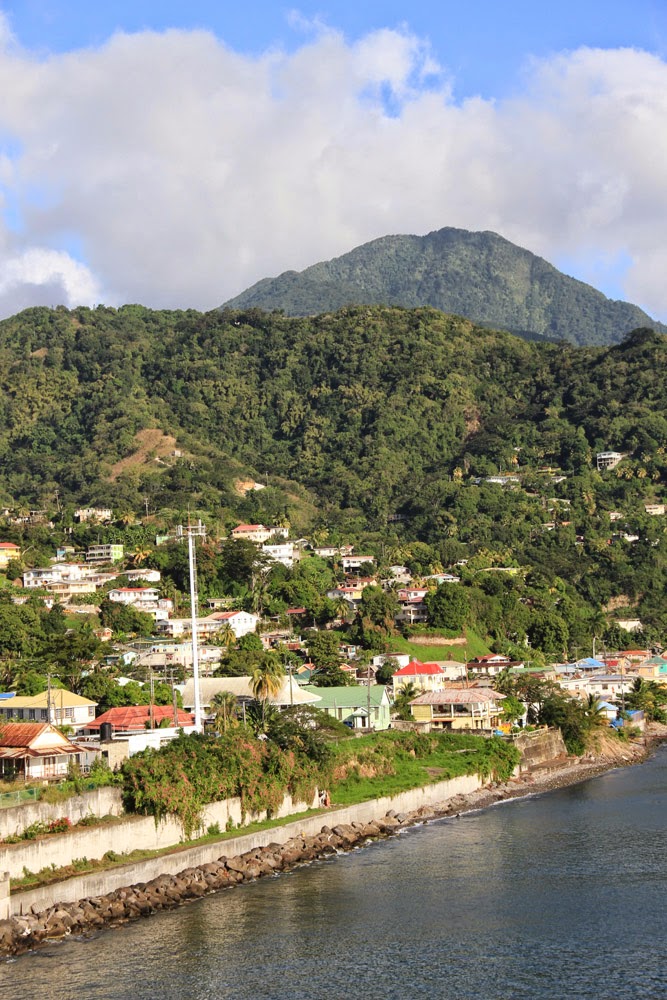 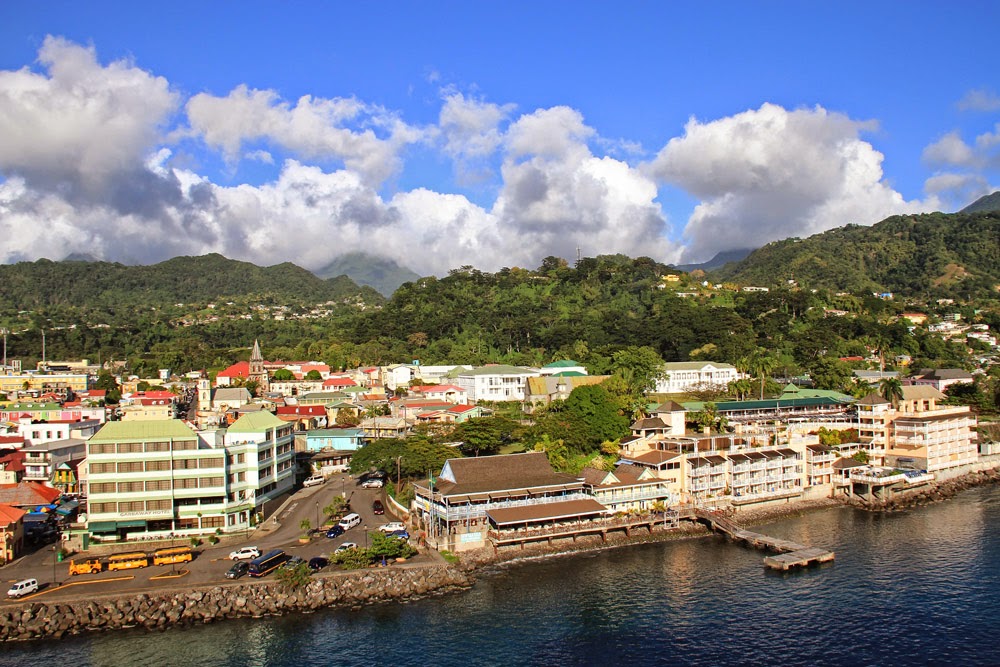 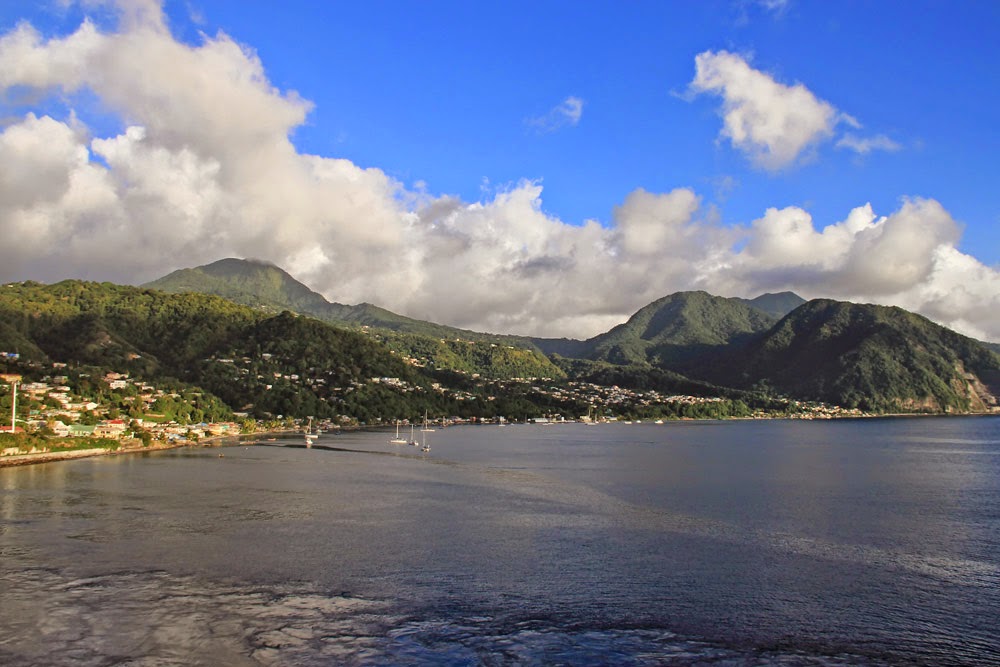 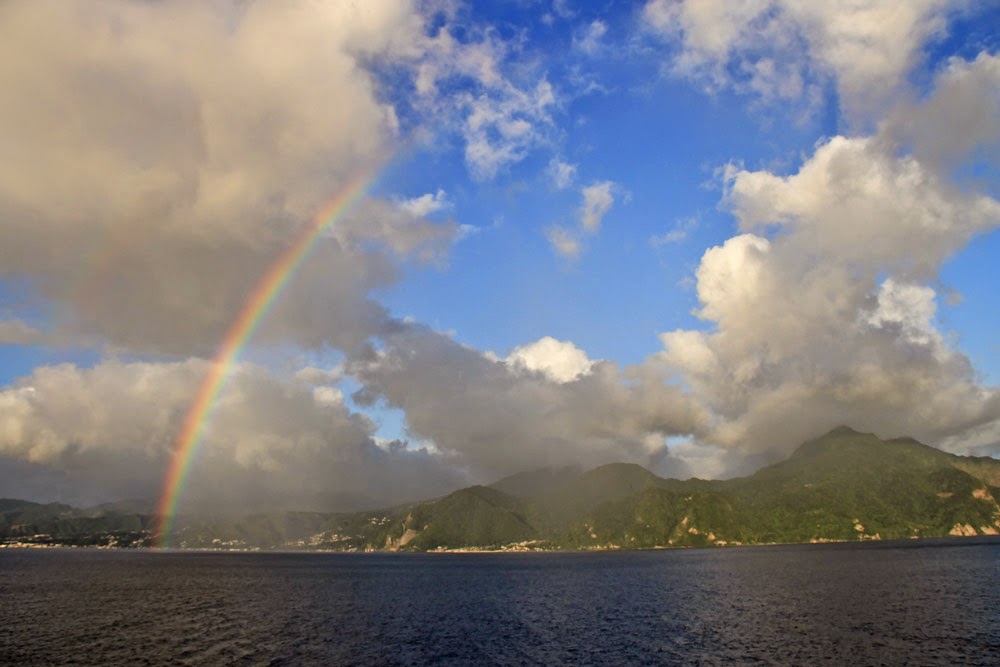 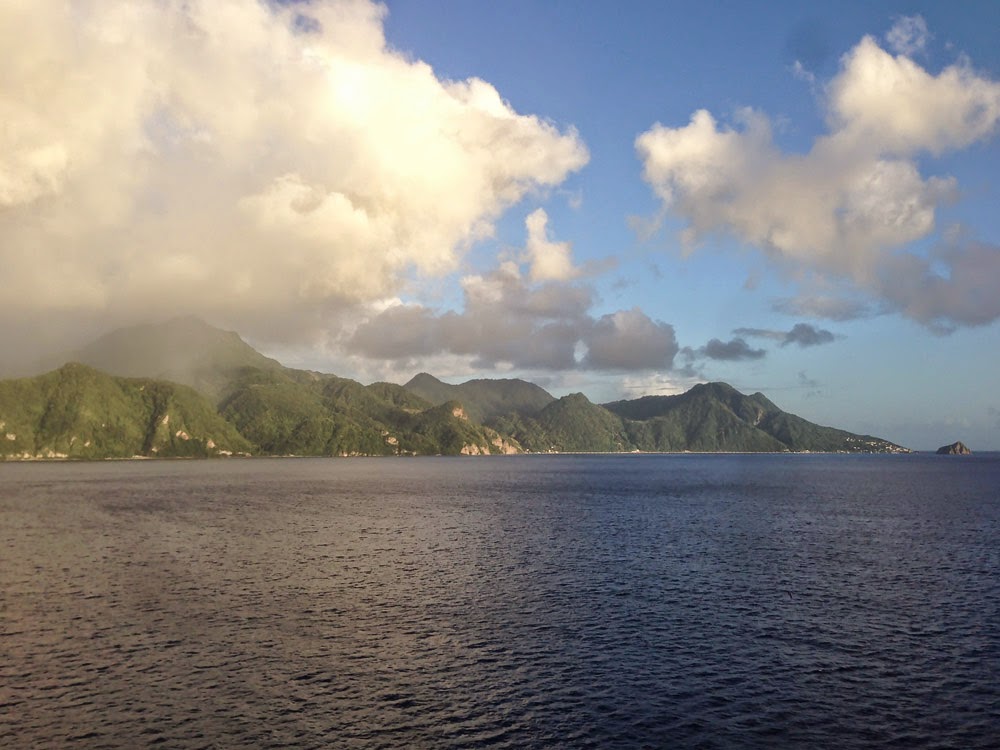 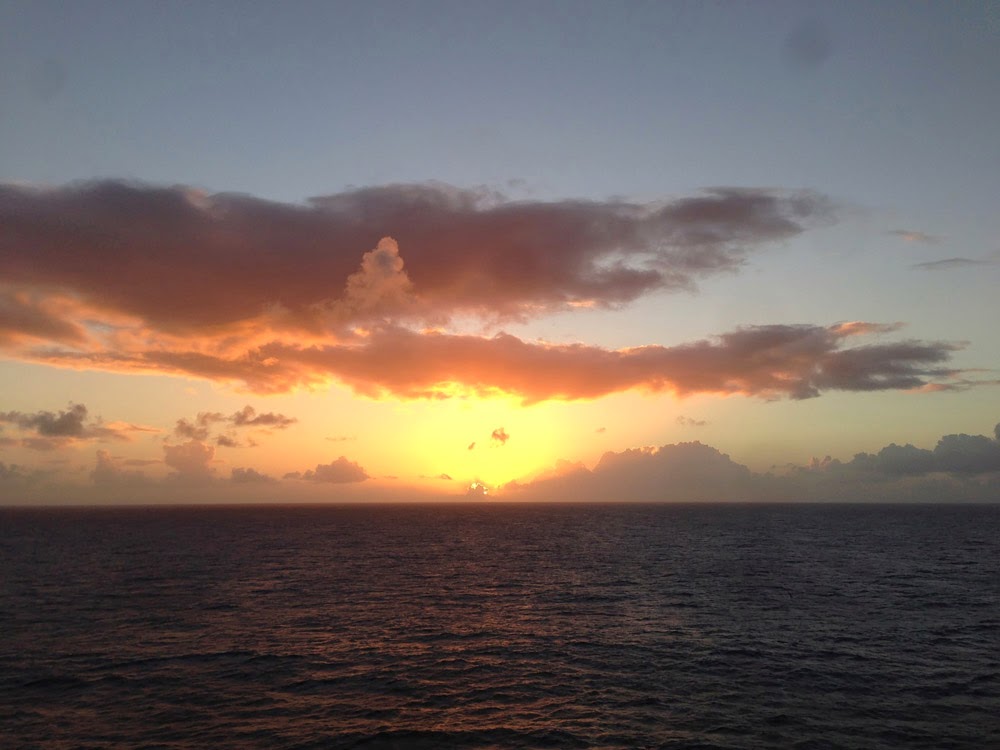 As we were cruising away from Dominica this evening, we had one last great sighting for the day. We spotted a pod of several dozen dolphins that were creating quite a bit of white water ahead of the ship. I quickly realized that this species was foreign to me. I snapped off whatever photos I could. A few of the animals approached the ship and rode alongside us for a brief time. After consulting the one marine mammal reference I had brought with me, I tentatively identified them as Fraser's Dolphins, which has since been confirmed thanks to expert review of the photos.

Fraser's Dolphins have an interesting history. The species was first known by a single carcass found in Malaysia in 1895, but it was not scientifically described until 1956 and not seen alive in the wild until the early 1970s! Since then, sightings have increased to the point where they are believed to have a pantropical distribution with a stock as close to us as the Gulf of Mexico. So they are certainly not as rare as once thought. However, at-sea sightings are scarce, so we considered ourselves very lucky to have found them. Definitely one of the highlights of the trip and a great way to end an awesome day in the field.