With today's forecast showing a NNW wind at a steady 15mph, we were expecting a solid hawk flight along the coast of Connecticut. When the wind is that strong migrant raptors are pinned against the coast as they work their way southward, so a place like Lighthouse Point in Connecticut is a fine place to spend a few hours on a day like today. Julian Hough and I started at nearby Ecology Park for a while, then moved to Lighthouse for the bulk of the day's flight. In all, the observers at Lighthouse tallied over 850 migrating hawks, falcons and vultures. It's been a long day of looking at bright blue skies followed by this computer screen, so I only have just about enough energy to post a series of photos from today.

The last bird of the afternoon came in the form of a tired and hungry BLACK-BILLED CUCKOO that actually landed on the lawn upon flying into the park. A couple of late CLIFF SWALLOWS were another welcome non-raptor highlight. 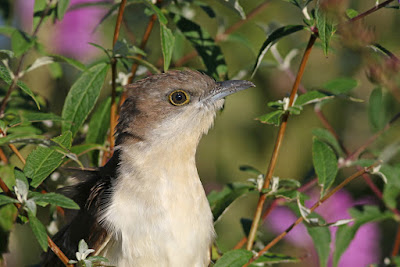 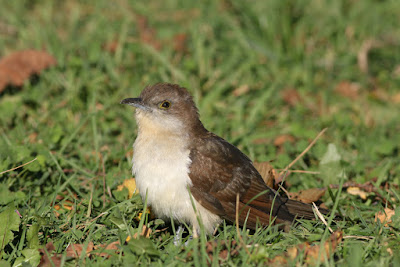 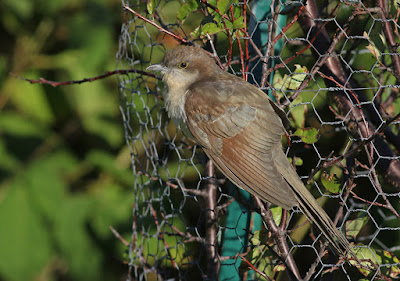