November 04, 2008
Spent Sunday morning at Hammonasset SP with several birders. I met Julian Hough very early to watch the morning flight along the coast. We had a nice movement of seasonal birds dominated by Pine Siskins. After watching the skies for a while our attention switched to birds on the ground. We birded the park for much of the morning. Highlights included, in no particular order: American Bittern, 2 Red-breasted Nuthatches, an American Tree Sparrow (my first of fall), 5 Lapland Longspur, 3 Snow Bunting, 1 Dickcissel, several hundred Pine Siskins, and a handful of Purple Finches.

I then moved on to Lighthouse Pt for an afternoon of hawk-watching. The hawks were flying in good numbers for the date, but the count was all about quantity rather than quality (no Golden Eagle or Snowy Owl today....).

On my way home I poked into East Shore Park. Soon after getting out of the car I began pishing, and up popped 4 Blackpoll Warblers and a Northern Parula! Not bad for Nov 2nd. A walk around the park yielded my third Red-breasted Nuthatch of the day and two continuing Barn Swallows hawking insects low over the sewage treatment plant. 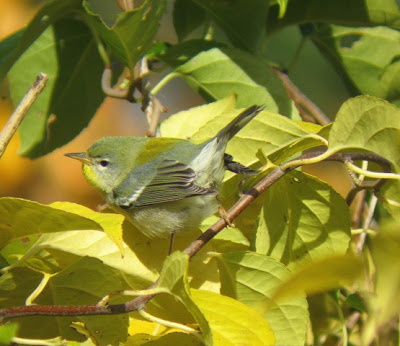 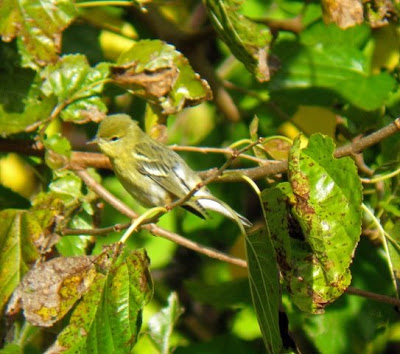 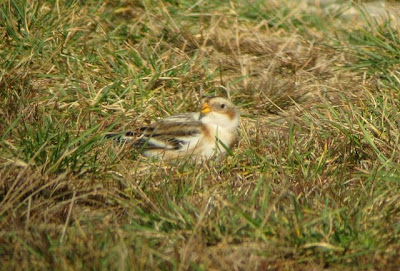 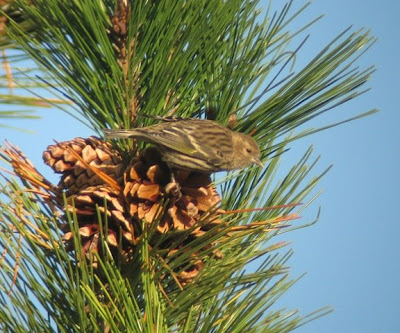 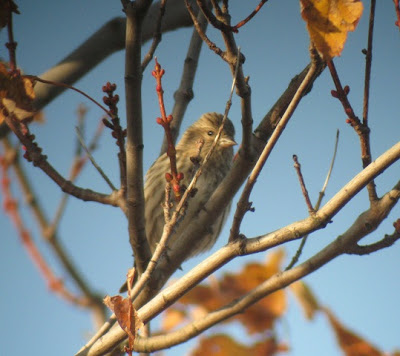 Love this time of year.