November 28, 2008
In a hurry to get these up so I'll be brief. At 10:30 this morning I spotted this stunner at the Windsor-Bloomfield Landfill in Windsor, CT. My first glimpse was only ~10 seconds long, but I was able to relocate the bird about 20 minutes later (felt more like an hour...). Tentatively IDed the bird as a 4th-winter Slaty-backed Gull and made a few calls. Birders were on their way, and in the meantime I was finally able to view the wing pattern, which clinched the ID as the state's first SBGU. As always, click images for larger views.

My apologies, as many of the shots here are overexposed thanks to me just using the Auto feature of my p&s camera. This makes judging shades of gray in several photos rather difficult. 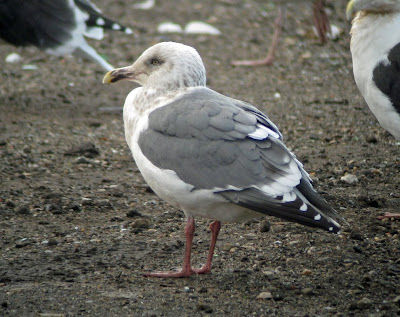 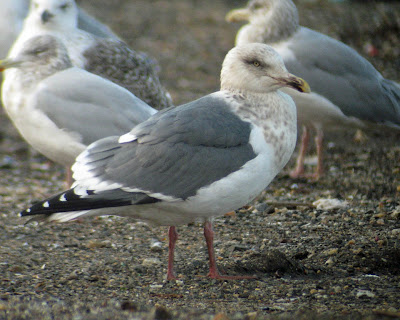 One can see here how the streaking becomes blotchy and warmish brown on the upper breast. Also gives an accurate depiction of the wing-tips that do not extend far beyond the tail at rest. 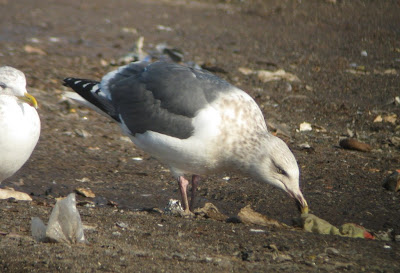 My only flight shot. Really bleached out by the bright sun...but gives a good idea of the upperwing pattern. 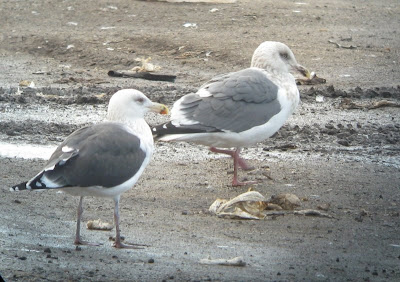 SBGU at rear, one of the smaller Great Black-backed Gulls in the foreground. This bird was much closer in size to GBBG than HEGU. 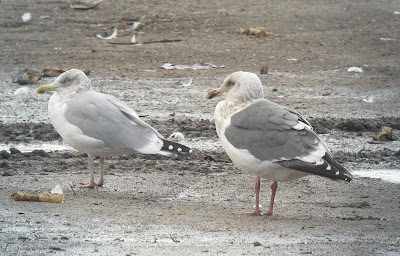 Larger than every HEGU on site. Note difference in leg color. 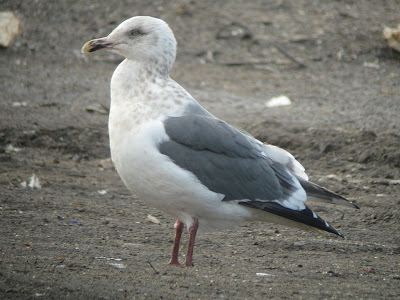 Note here the pot-bellied look, in addition to the features mentioned above. 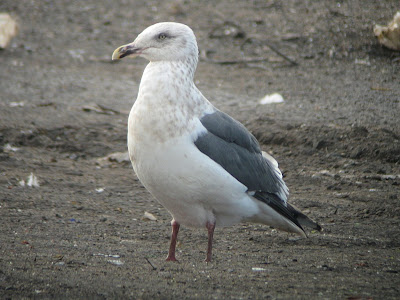 king of the landfill 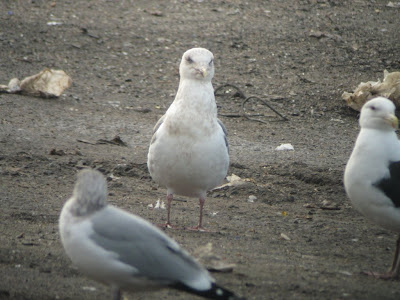 Another shot of the bird's girth, and the blotchy brown across the upper breast. 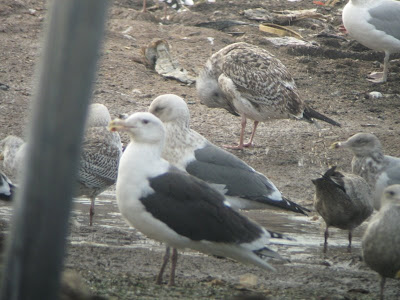 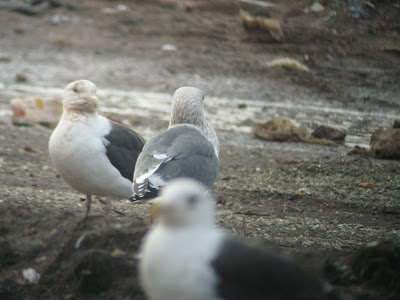 A look at the nape.

There was also a similary-aged Lesser Black-backed Gull present. For those going to look tomorrow without much experience with these gulls, watch out for this LBBG, which could conceivably cause confusion. 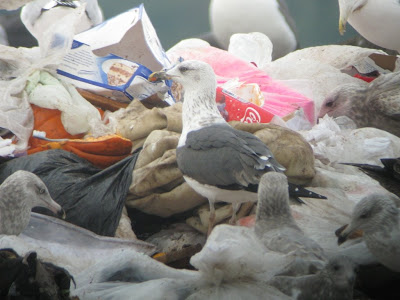 Unlike the SBGU, this LBBG is slim, long-winged, with yellowish legs. 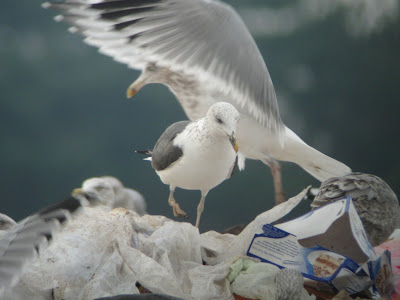 This LBBG has less streaking on the neck and upper breast than the SBGU. The streaking here is fine, not blotchy. 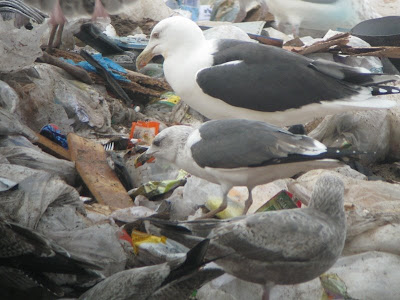 Slim, small, longed-winged, and yellowish legs. But note how similarly-patterned the bill is, as compared to the SBGU above (both are mottled black and yellow). 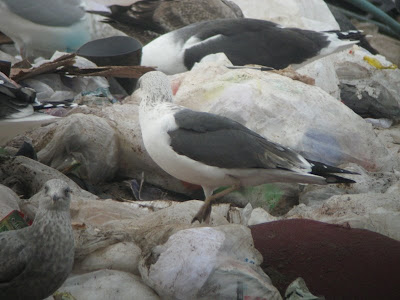 View of the nape (compared to SBGU above). Another look at the yellowish legs.


There were 4 Iceland and 3 Lesser Black-backed Gulls tallied throughout the day. Total gull numbers were somewhere around 2,000+. 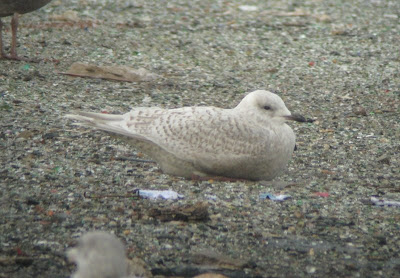 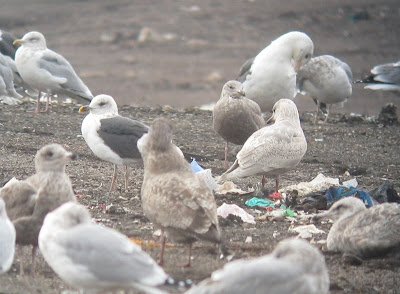 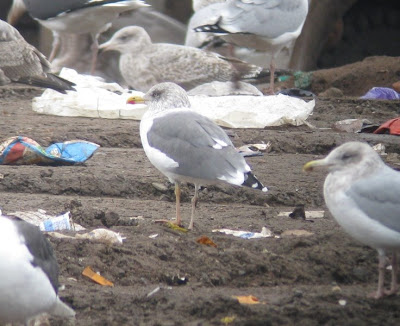