October 14, 2009
Birding in bits and pieces can be productive, even though I would have preferred to be in Massachusetts looking at the Brown-chested Martin!

10/11 - Barnacle Goose
Mark Barriger found a Barnacle Goose at a farm in Durham in the late afternoon, and thanks to his prompt reporting I was able to get over there before dusk. Looks were distant, but I couldn't detect any signs of captivity (nor could Mark and Aaron). This bird has not been relocated yet, but few people seem to be trying, probably because of last autumn's chase-able individual in nearby Wallingford. 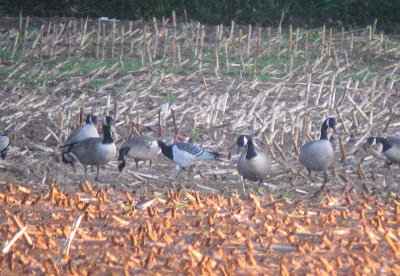 10/14 - Golden Eagle, record Bald Eagle day, sparrows
I had much of the day off today after a few early hours at school, so I headed over to East Shore Park in New Haven which held many passerines...mainly Yellow-rumps, Palm Warblers, and White-throated Sparrows. Then to Lighthouse Point, where a nice eagle flight was underway. By the time I left around 2pm, a site-record number of Bald Eagles were tallied. The previous record was 15 birds, but today there were about 20 Baldies seen (don't know the final total). The real highlight was an immature GOLDEN EAGLE that provided nice views for the group (surprisingly Julian's first for in the state). 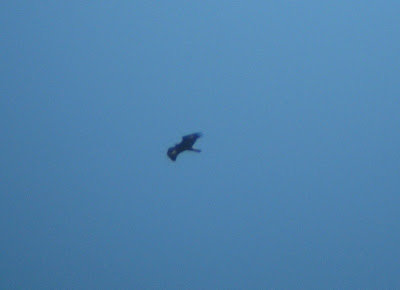 imm Golden Eagle
After Lighthouse Pt I spent some time at the very birdy Wallingford Community Gardens, which held a bunch of sparrows despite the breezy conditions. Highlights were 4 Lincoln's and an adult White-crowned. 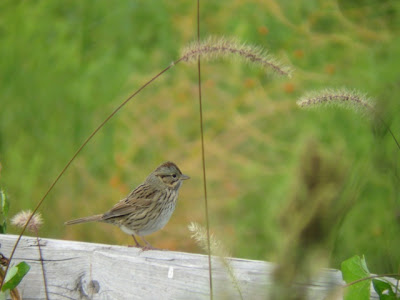 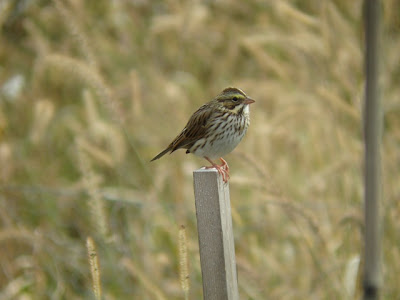