July 02, 2010
I began my ride north Saturday afternoon following the disappointing USA-Ghana match. The good news was that Sunday's boat trip to Seal Island had filled and the weather looked perfect. We awoke in Belfast, ME to a waterfront view and the sounds of yodeling Common Loons. 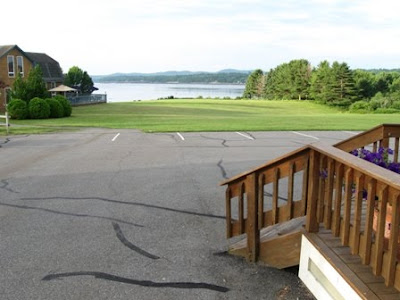 A 75-min drive to the dock in Stonington, where we found more birders waiting. In all, 8 of the 10 passengers were birders...a nice ratio. Our captain was incredibly friendly and was willing to do whatever he could to put us in position to see the Red-billed Tropicbird that was again summering in the area. 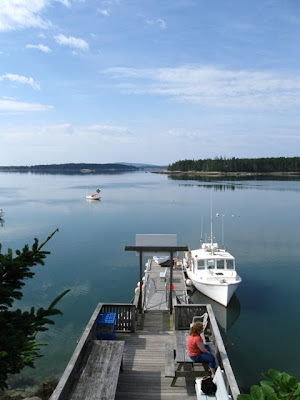 We left the dock and meandered between several inshore spruce/fir-laden islands (not much of a botanist...) including Isle au Haut. Black Guillemots and Common Eider were common, as were Harbor Seals. 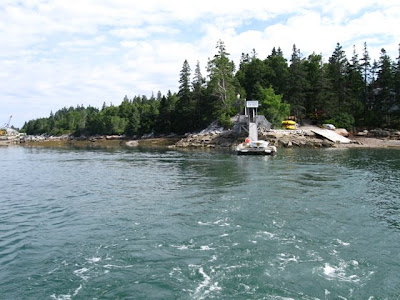 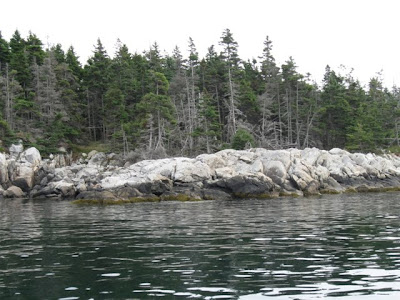 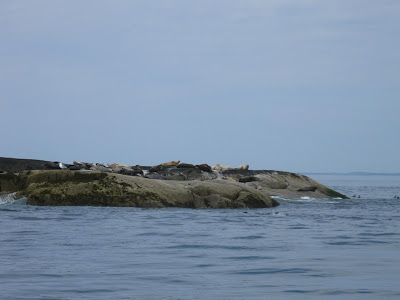 offshore rocks with Harbor Seals
As we approached Seal Island, Wilson's Storm-petrels became more common and two Manx Shearwaters were spotted. At the island itself, we were treated to Atlantic Puffins, Razorbills, a few Common Murres, both cormorants and many Arctic Terns among Commons. We had more Harbor Seals, a couple Gray Seals, and a couple dozen Harbor Porpoise. 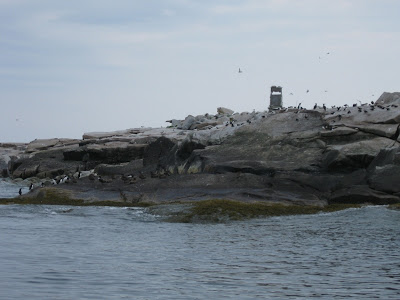 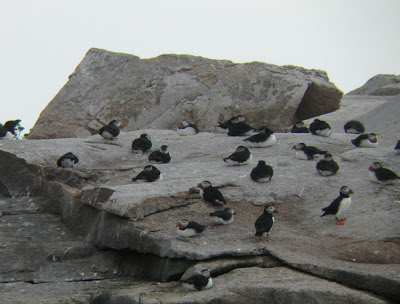 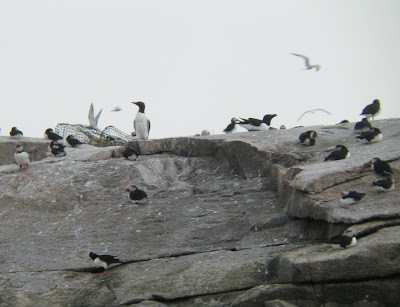 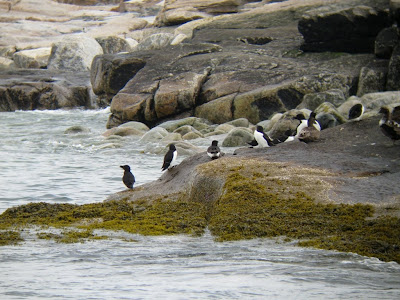 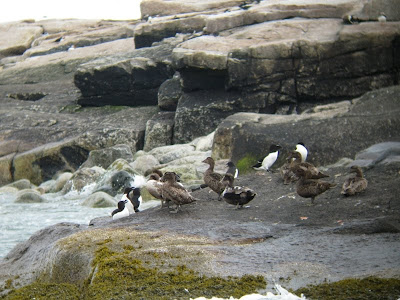 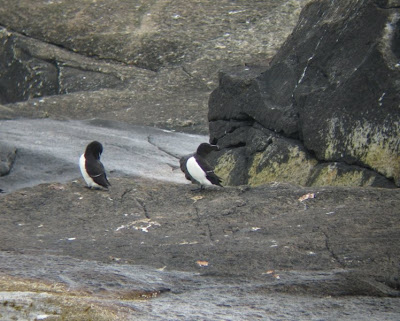 Razorbills
We were not lucky enough to see the Tropicbird on this day, but the birds and the company made the trip more than worthwhile. In particular, I was thrilled to see so many Arctic Terns up close and personal. It was interesting to watch the terns come and go from the island...the Common Terns mainly flew inshore to feed while the Arctic Terns nearly always flew offshore. To see what a real photographer with a real camera can do, check out Lauren Kras' pics...love those ARTE shots!

The ride back was uneventful and less birdy that the ride out. We stopped for a look at the Robinson Point Lighthouse on Isle au Haut. 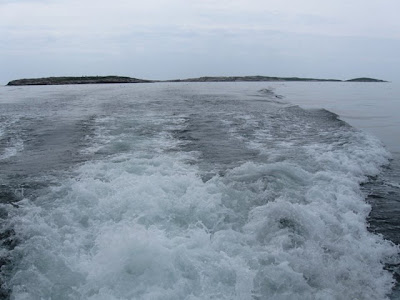 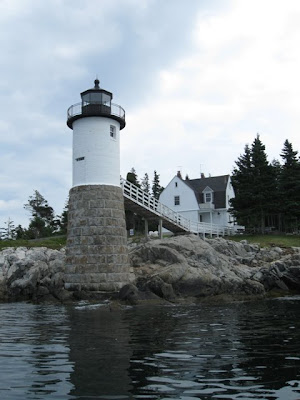 Isle au Haut
Upon arrival at the dock we said our goodbyes and I continued north toward Machias. I was hoping to sneak in some boreal species before dark.

One particular piece of habitat near Machias provided hope for Spruce Grouse and others. No grouse here despite spending a few hours scouring, but my long overdue life GRAY JAYs made an appearance. Two adults and a young bird. 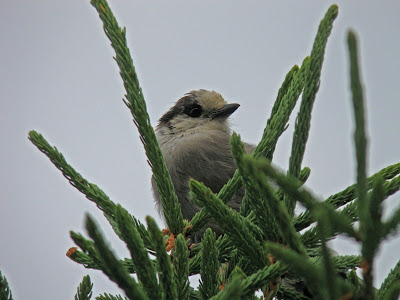 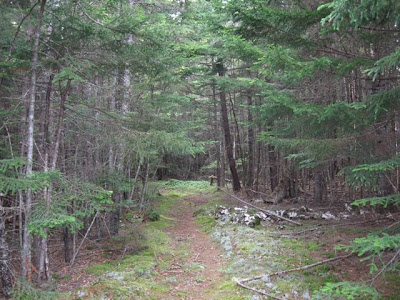 Afterwards I decided to head into Lubec for the night, with a boat trip to Machias Seal Island scheduled for the morning from Cutler. 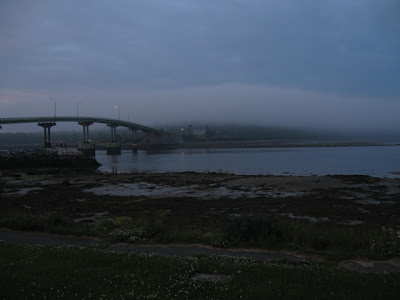 looking across the border to Canada...note the fog bank, a sign of things to come
- NB
Maine 2010