I awoke early on Monday morning to the sound of falling rain. A quick call into the puffin captain confirmed that the day's trip to Machias Seal Island had been canceled. It seemed the rain would last through the morning at least. I decided to get more sleep, finally leaving the motel around 9am. The rain was still falling, fog was rolling in and out, and there were even rumbles of thunder here and there. 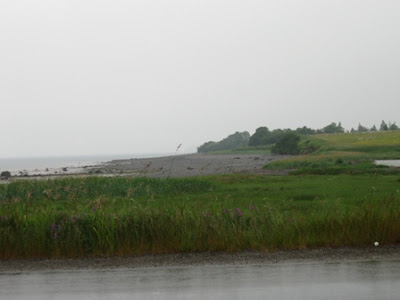 not pretty weather
I headed toward the Boot Head Trail in Lubec, a well-known location for Spruce Grouse. I don't know whether it was the weather or the time of day, but I dipped on the grouse. I figure any self-respecting Spruce Grouse would probably be taking cover, whether on the wet ground or in a dense conifer. Other birds keeping me entertained were Palm Warbler, Lincoln's Sparrow, and 2 Boreal Chickadees. After a few hours, soaking wet at this point, I cut my losses and decided to drive to Caribou. 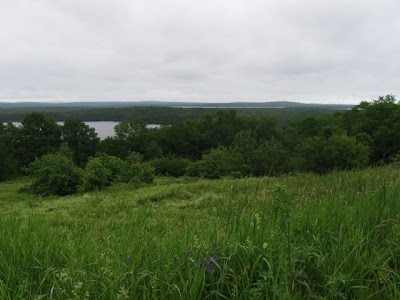 scenery on the drive through Aroostook County
Driving north took a few hours but I arrived early enough to sneak in some birding at the Moscovic Road in Stockholm now that the rain had subsided to a light mist. Target bird here was American Three-toed Woodpecker. Right at the beginning of the road was my first Moose of the trip. 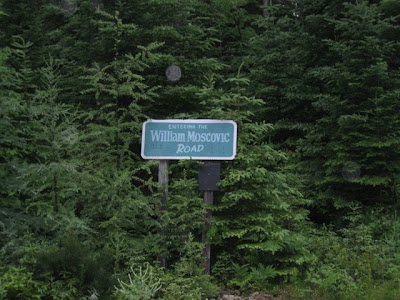 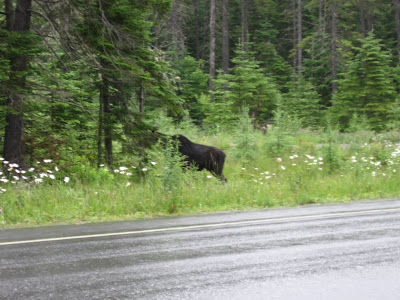 not the greatest Moose photo, but my only one of the trip
The birding here was pretty good, but the only woodpecker was a Hairy. The songs of Swainson's and Hermit Thrushes, with a Veery in the distance, were very nice. More Gray Jays and Boreal Chickadees here. Breeding warblers here included Wilson's, Nashville, Magnolia, and Palm.

I had nice looks at two more mammals further down the road: Beaver and Snowshoe Hare. 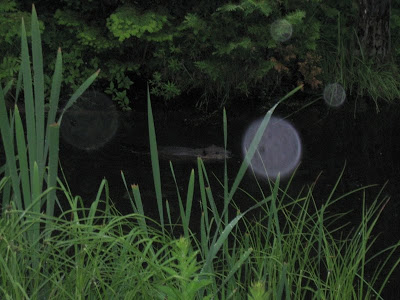