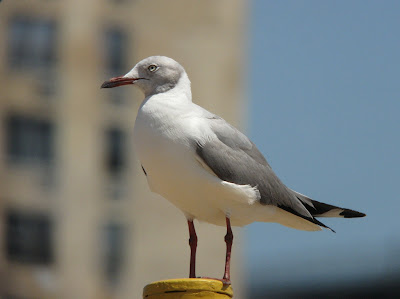 Gray-hooded Gull (Chroicocephalus cirrocephalus); Coney Island, NY; 30 July 2011
Going to get these up quickly before I head out for food & drink...

This morning five eager (and tired) birders set out to an unlikely location for a twitch...Coney Island in Brooklyn, NY. I packed four more birders into my trusty Accord (Alex Burdo, Roy Harvey, Julian Hough, Dori Sosensky) and we headed out pre-dawn. We arrived on the scene to few birds and birders. Several hours of pacing the long boardwalk turned up nothing until about 5 minutes before we were going to leave when another birder spotted the GRAY-HOODED GULL apparently flying in from the east with a few Laughing Gulls. The bird proceeded to put on a show in the harsh midday light. As Julian put it, the scene was a bit surreal as we were watching and photographing the bird among dozens of sunbathers along a crowded boardwalk with some bass-heavy music blaring right next to us. All this within yards of the Coney Island amusement part and Nathan's famous hot dog stand. Gotta love it, gulling in July (seven species for the morning, actually). Hey, it beats the local landfill's freezing temps and howling winter winds!

Here are some images of the bird, handheld digiscoped with my Canon A590. It would have been a great bird to photo with my new 7D, but I'm still in the lens-testing phase and did not have a lens at my disposal today...so the flight shots leave a lot to be desired.

This was a life tick for me and I have to say I haven't studied the differences between the South American and African subspecies yet, so I'll be doing some homework this week to see if this bird can be assigned to one or the other. Comments welcome, as always. 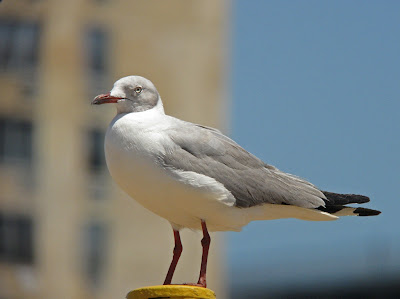 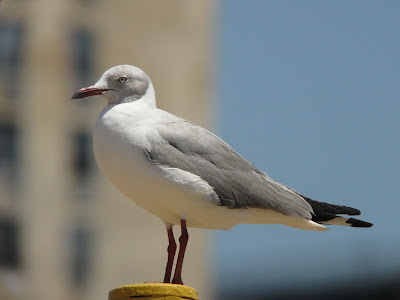 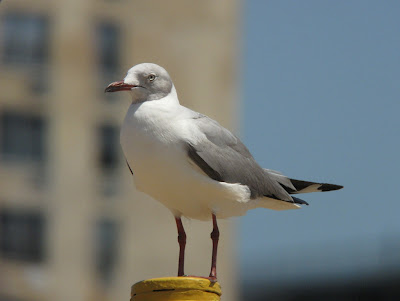 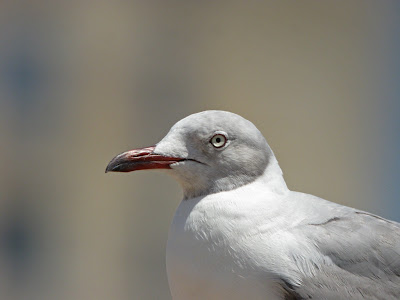 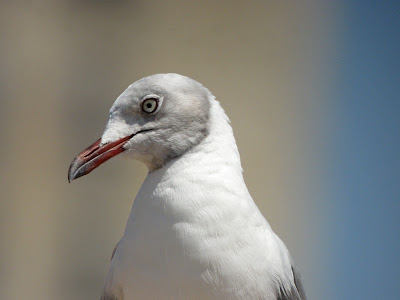 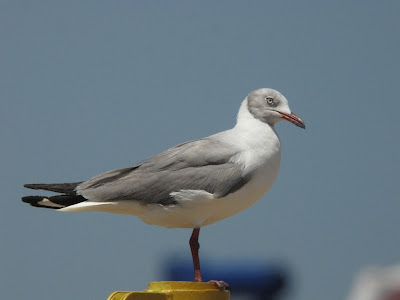 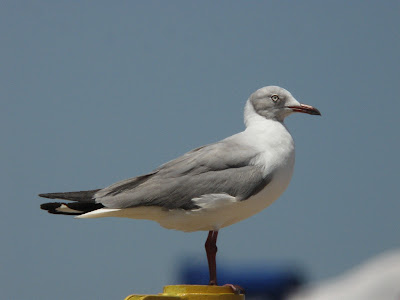 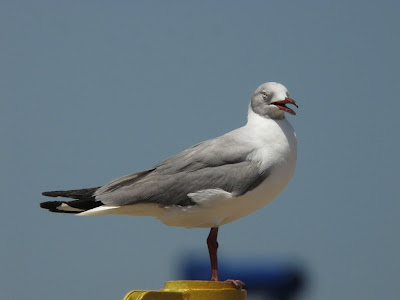 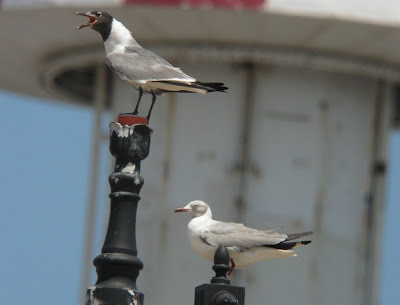 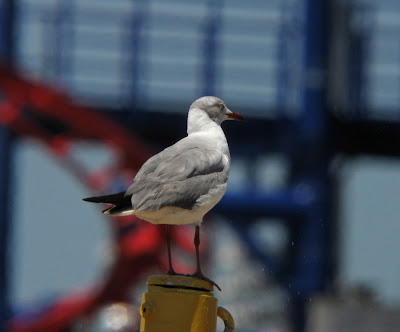 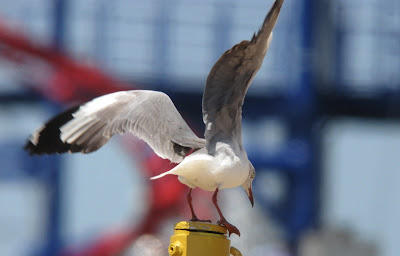 amusement park rides in the background... 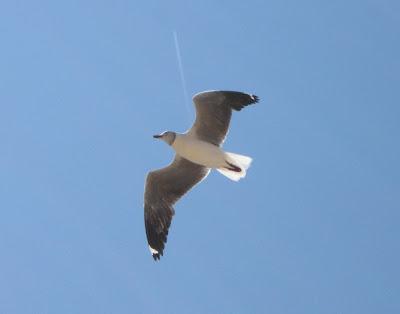 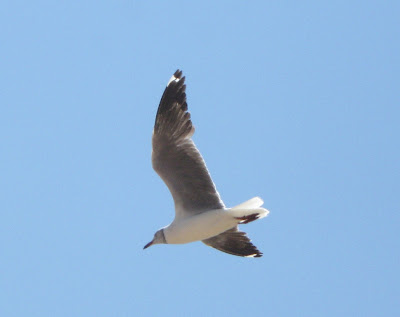 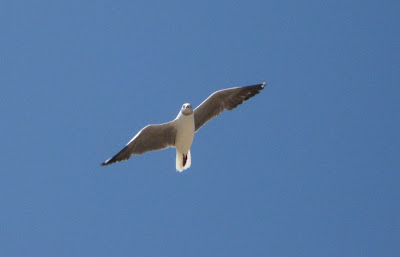 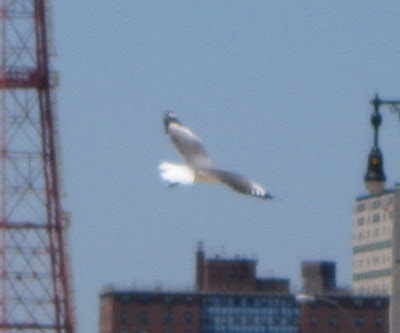 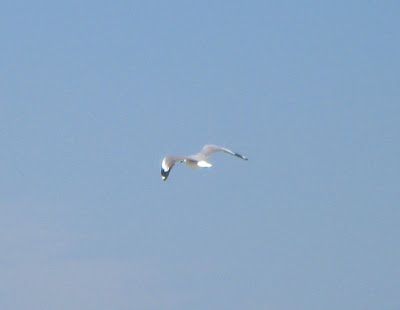 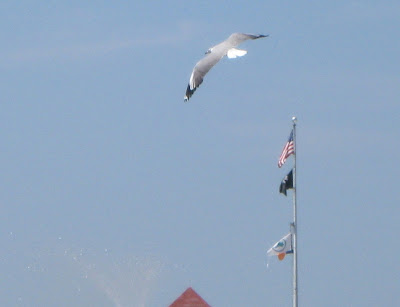 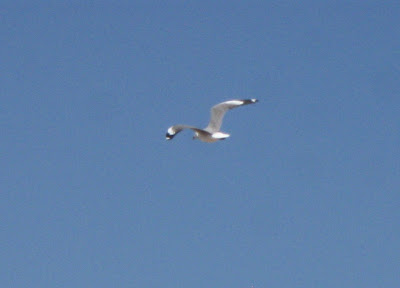 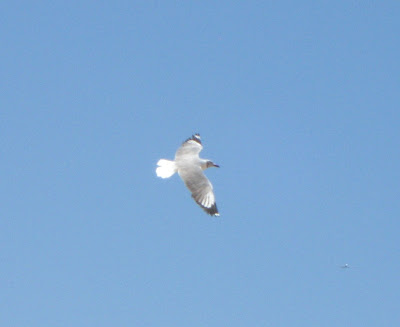 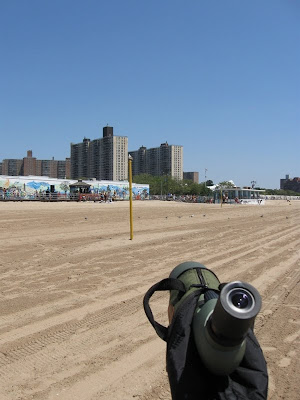 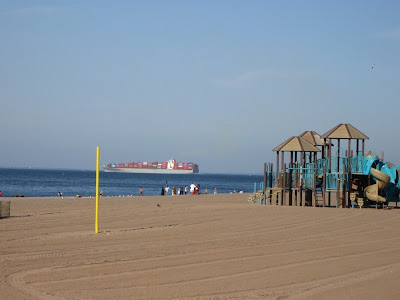 One of a few cargo ships going to/from the Hudson River this morning. This site is no more than 10 miles from the Hooded Crow that was at Staten Island last month, on the other side of the river mouth.