April 21, 2009
On Monday April 20, Tina Green found a Western Meadowlark at Sherwood Island State Park in Westport, CT. If accepted by the ARCC, this would be a first state record.

The identification of this species by plumage alone is extremely difficult. Some (many?) individuals may not be identifiable, and feather-by-feather analysis is necessary. Identification is best confirmed by voice.

The Sherwood meadowlark shows all the expected features of Western with one notable exception: the malar is a light buff rather than yellow. Fortunately I was able to hear the bird calling on the afternoon of the 21st, and thanks to equipment borrowed from Noble Proctor, recordings were made.

Here are some of my digiscoped photos with a few notes: 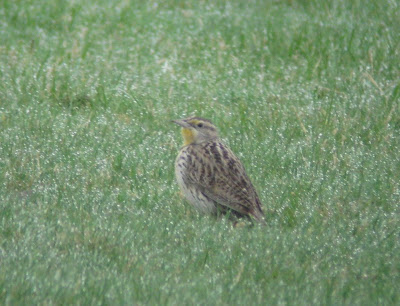 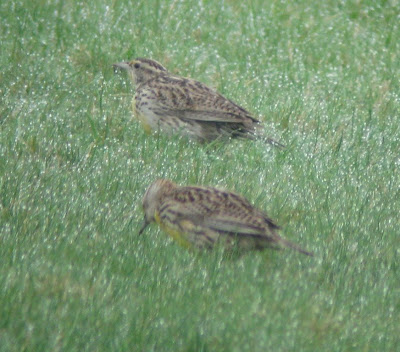 Western (top) shows paler upperparts that lack rufous tones. Its flanks are whitish with broken streaking that often appear more like spotting in the field. The Eastern (bottom) is a darker, more richly-colored bird with more heavily marked flanks. 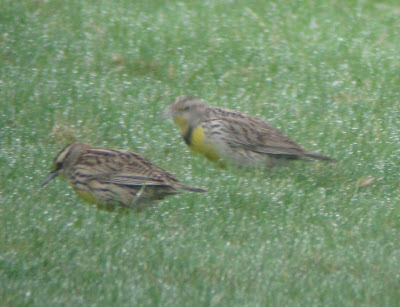 Note the high-contrast head pattern of the Eastern (left), and again the sides and flanks are in view here. 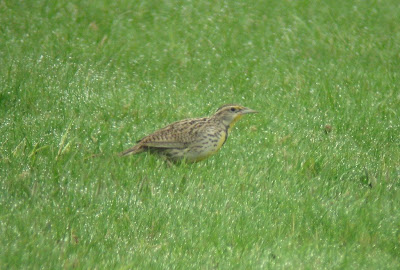 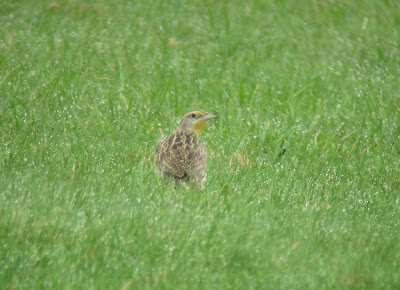 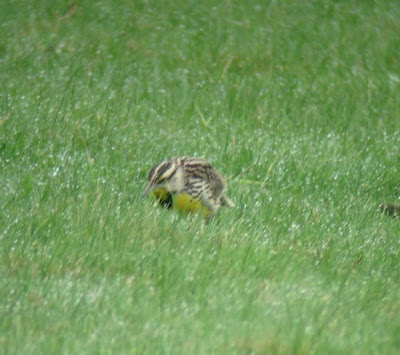 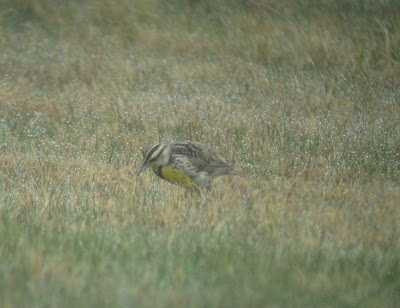 Another look at an Eastern.

I have attempted to upload two audio recordings of the bird from today. For the "churk" call, click HERE. You'll hear about a dozen of these notes; it is the dominant call in this file.

For the flight call, click HERE. Listen for just two rising "zwee" calls among the other calls. This is lower-pitched than the flight call of Eastern Meadowlark.