April 21, 2010
East Rock Park in New Haven, CT is one of the best spring migrant traps in New England. As with many other famous migration spots, such as Central Park and Mount Auburn, ERP serves as an urban oasis for hungry and tired passerines. 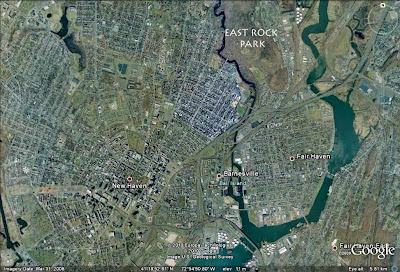 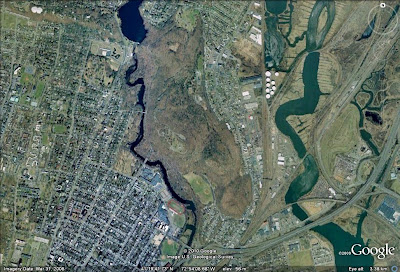 If a birder were to visit East Rock for the first time, he/she might not know the best spots among the park's 425 available acres. Two particular trails are heavily birded, while the rest of the park sees much less birder traffic.

The most popular trail, by far, is the "river trail" (on the park map as an Unmarked/Black Trail), which begins at the covered bridge just off Whitney Avenue and runs south along the Mill River. The trail has a nice track record for water-loving rarities such as Prothonotary and Kentucky Warblers (and hopefully someday soon, Swainson's Warbler!!). It is also the best place in the park for the more common Wilson's Warbler, Canada Warbler, and Northern Waterthrush (breeds). 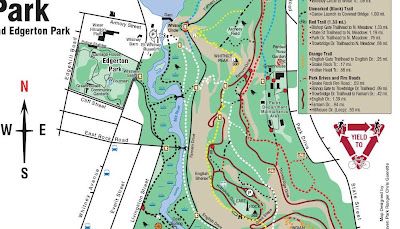 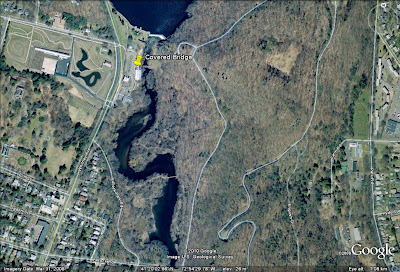 The problem, though, is that the river is on the west side of the ridge, which means that the sun does not hit this path until well after sunrise. The result is that, even on birdy days, you might find yourself working hard for birds. 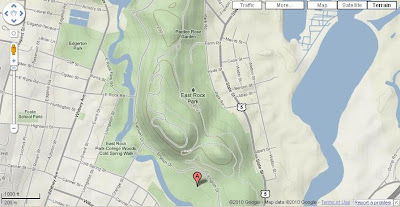 To be a bit more specific, the habitat along this trail is varied and fantastic for spring passerines. But this is not the part of the park birds generally hit first. Once they find this part of the park, though, they often settle in for several days if weather allows.

The second most popular location is Trowbridge Drive, which is actually a paved road through tall hardwoods and is often more appealing to such species as Bay-breasted, Blackburnian, and Cape May Warblers. The "Archery Field" is a short walk off Trowbridge, which is more likely to hold species like Nashville Warbler, Blue-winged Warbler, and Indigo Bunting thanks to its dry, scrubby habitat. To get to Trowbridge, park at the northern-most parking lot off Davis Street and walk down the paved road at the end of the parking lot. You are now on what birders call Trowbridge Drive, though according to the map this is Famam Drive (technically Trowbridge Dr begins when Famam Drive forks...stay left for Trowbridge and keep right to stay on Famam). At this fork, keep left to officially be on Trowbridge. The bird activity often increases at the fork and beyond. 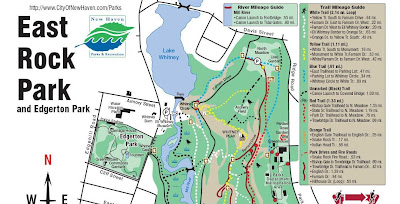 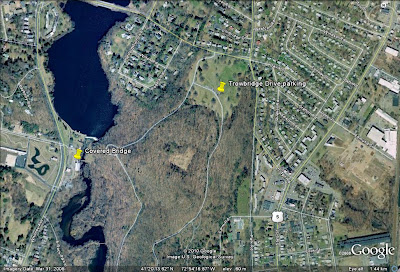 Most birders visit ERP with the following itinerary: start at the river trail and then move up to Trowbridge if time allows.

In recent years I've grown a bit tired of spending the first hour of daylight along the river trail, seemingly waiting for the new arrivals to trickle down during the morning. Instead I've started at a new location on those mornings I expect a large influx of birds: the Giant Steps.

The Giant Steps is a much more vertical trail that is positioned between the monument and Indian Head. The trailhead is opposite the Rice Field on English Drive. In fact, the most direct route up involves taking a combination of the following trails on the map: solid red, dotted white, dotted yellow. If you continue up the dotted yellow trail, you will ascend all the way up to the monument, which affords spectacular views of New Haven at the very least! 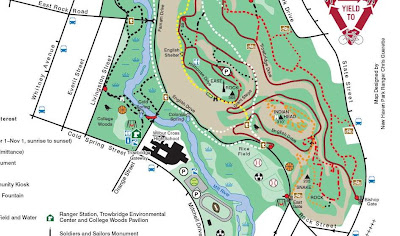 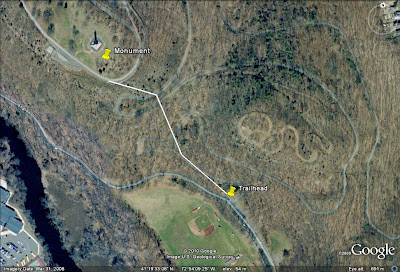 approximate route from the trailhead up to the monument
The advantages of the Giant Steps are twofold. First, it is generally south-facing. For birds heading north over New Haven, the first patch of green they're going to reach is the southern end of the park. Second, it gets sunlight much earlier than the river trail.

I have tried the Giant Steps 1-2 times per year over the past couple years on mornings that I expected to be good, and I have encountered waves of migrants each time, seemingly birds just setting down and drifting northward as they fed. One morning last May was especially notable as I had hundreds of warblers hitting the park early. When I got to the river trail I was surprised to hear several birders say "pretty slow today." Too bad I was the only birder at the Giant Steps that morning!

My current favorite route on migration mornings is the Giant Steps to River Trail to Trowbridge Drive. On mornings during which I expect fewer new arrivals, I would probably start at the river trail to see what birds had settled in there from the previous day or two.

But there's more to be explored. Looking at the park map, I wonder if Indian Head or the Bishop Gate area would be good during the early morning, given their positions more toward the southeastern face.

If I have time this spring I might do some more experimenting with different starting points.