April 15, 2010
I haven't been birding all that much in my free time lately. I've noticed that I tend to shift my focus to other aspects of life in March and April before spending loads of time outdoors from May onward. In the future this will probably be a good time to do some birding outside of New England, such as getting back to Florida, Texas, or Arizona to see some things I missed the first time around.

I did get out a bit last Sunday. There wasn't much to note really, but it was great to take my first full walks out Milford and Sandy Points in a long while. Soon the sandbars and mudflats will be teeming with migrant shorebirds, but for now just some lingering gulls and ducks are dominating the scene.

Though I'm not much into bugs, I was delighted to see my first Eastern Tiger Swallowtail of the spring while out at Sandy Pt, where the only obvious birdlife was a pair of American Oystercatchers. 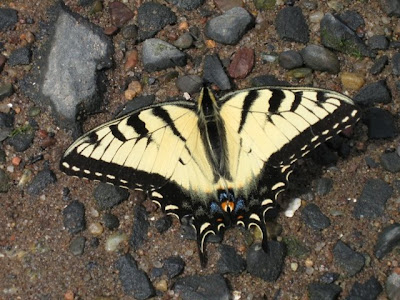 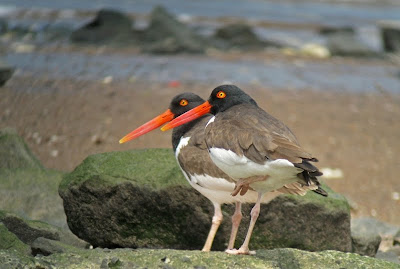 American Oystercatchers
On a different note, while driving home from work yesterday afternoon I was suddenly struck by the amount of foliage that is out already. By looking at the trees, you might think we're in the first week of May rather than mid-April. That will make for more-difficult-than-usual warbler viewing in a few weeks.