May 10, 2012
Another killer day in Florida for the gang (so was yesterday, when we had possibly the best looks at Mangrove Cuckoo one could ask for)...today was our boat trip to the Dry Tortugas. Only the highlights below.

We ended up with a four Sulid day, in order of appearance: Northern Gannet, Brown Booby, Masked Booby, and RED-FOOTED BOOBY.

But the day started out with a BLACK NODDY scoped from atop Fort Jefferson. Amazingly, right where John Puschock described in his recent ABARare blog post. After we soaked that one up, I began to scan the rest of Bush Key and was quite surprised to find a second Black Noddy. These two birds would be visible for much of the next hour, though they did not associate with one another. Both were digiscoped. Awesome. We were prepared for a needle-in-haystack vigil but ended up with an instant payoff. 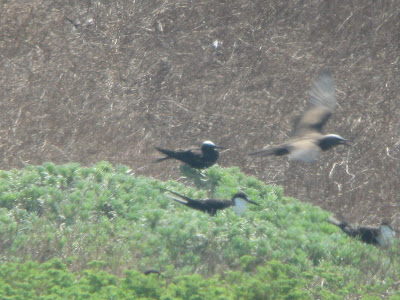 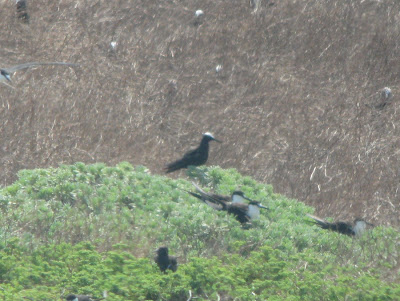 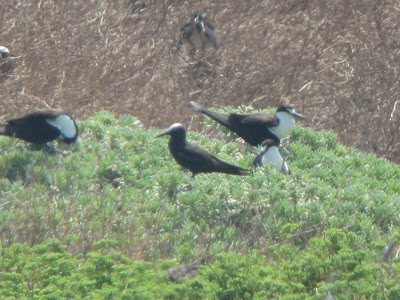 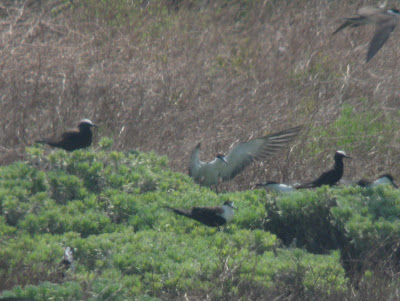 Black Noddy #2 at right (between 11am and Noon) 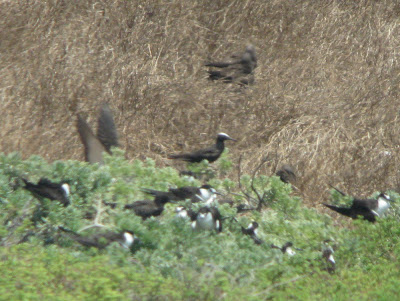 one of the two Black Noddies still visible at 2:20pm
Fast forward...

At the very end of the day, while scoping with Frank from the very same spot, he suggested that we give one last look at offshore boobies. I picked up on a partially obscured light-to-mid brown bird roosting in a distant tree with frigatebirds on Long Key. At this point we had to board the ferry and were worried we would not get a definitive look at this interesting bird, which we could only ID as a dark booby and perhaps a good one. While we were on the boat a few of the frigatebirds flew off the tree, allowing for unobstructed scope views of what would be a RED-FOOTED BOOBY. Perfect way to end the day. We were very happy to chase the Thick-billed Vireo and Black Noddy but it's always nicer to find your own rarities. Apologies for the awful photos, so dark and noisy that the details visible in the field blend together and make it appear darker, unlike warm/tan tinge that was apparent in the field, especially as compared to the several nearby Brown Boobies. I believe this is a subadult, especially given the whitish tail. 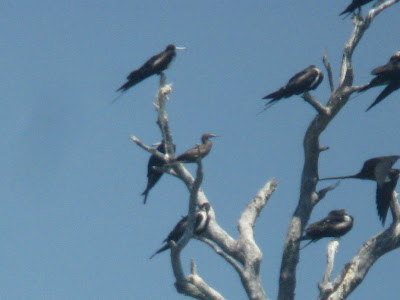 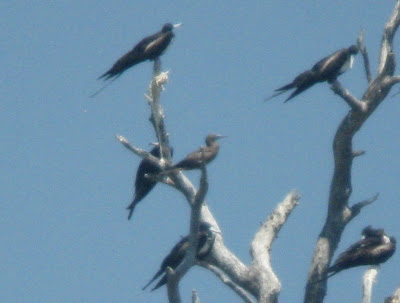 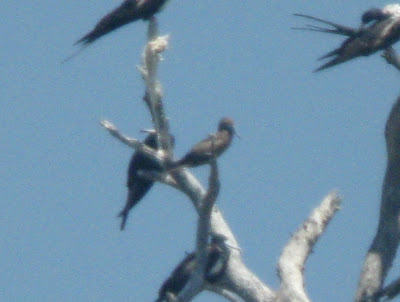 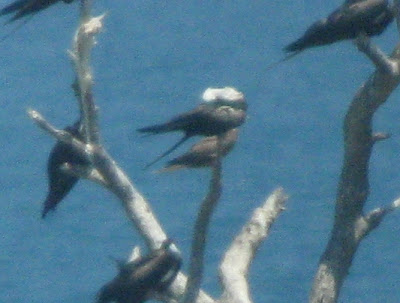