December 23, 2009
Made a visit to the frigid Windsor Landfill today with EJ Raynor and Brian Webster. Temps were stuck in the 20s but we managed to keep from freezing. Gull numbers were lower than usual - in the vicinity of 2000 birds. Highlights were 3 "Kumlien's" Iceland Gulls (first cycle, second cycle, adult). We also had 3 White-crowned Sparrows in the brush piles, 4 Bald Eagles (kept the gulls from settling down), and an immature Peregrine Falcon chasing gulls, crows, and starlings around the dump. 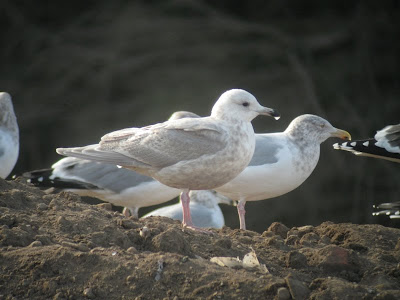 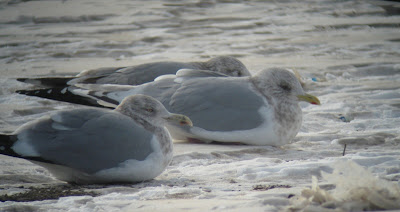 adult Iceland, paler primaries and eyes than the adult on our last visit 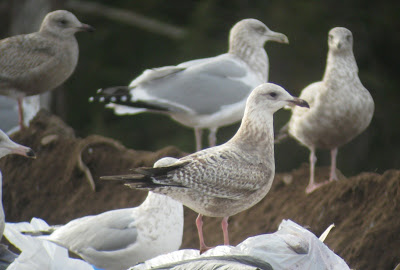 We had this pale-headed first cycle Herring Gull a couple times today, which stood out pretty strongly among the flocks. Possibly a bird from a more western population, as birds that winter on the west coast tend to be paler-headed (per the literature).
Before the landfill we checked Northwest Park for the immature Red-headed Woodpecker, which continues where previously reported along the second leg of the Brookside Trail. 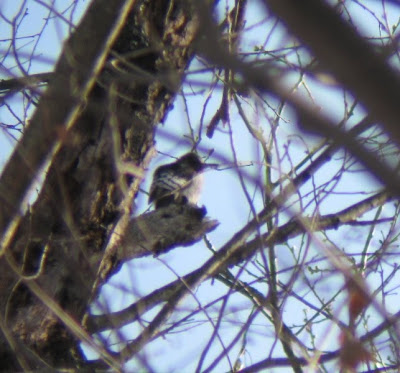